The popularity of Among Us is not as high as it used to be. But that doesn’t mean that the game is forgotten. It still has a healthy player base, and many new players are still trying the game out. Old players who took a break from the action multiplayer can also check in from time to time to see if there are new updates or features.

Luckily, InnerSloth didn’t just rest and relax after the game’s massive success. They went right back to work to provide players with new content and updates to enjoy. So, if you’re new or a returning player of this game, you’d be surprised at the new features that Among Us have. The developers have now expanded the lobby to allow more players in the game. They’ve also brought in a new skin, as well as a new task to perform.

Read on as we discuss more details about these new features and how it affects the overall gameplay of Among Us. 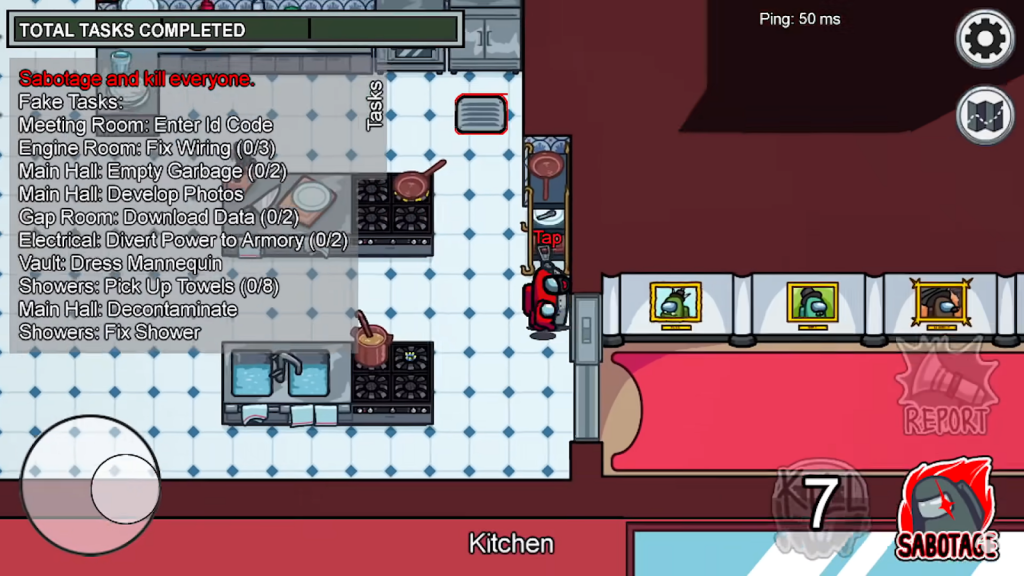 Expanded Lobby in Among Us

Probably the most major change that InnerSloth has implemented recently in the game is the expanded lobby. Before, you could only have a maximum of 10 players in a game. But with this latest update, it has been increased to 15.

With this huge update, it could likely result in longer matches. That is because there are now more players that Impostors will need to worry about. It increases their workload and makes things more difficult for them to sneak around and kill. So, Impostors will have to be strategic and plan their moves properly to kill successfully and complete their objectives.

Having more players also makes the game more fun and interesting to play. That is because you can include more friends to join in the chaos. If you enjoy playing as the Crewmate, more players will also mean it’s safer. And if you prefer being an Impostor, then this update just made it more challenging.

The recent updates really made life tougher for Impostors. Aside from dealing with more players, there’s also a new task that will affect Impostors, and that’s the cleaning the vent task. A particular vent in the map will be assigned as the vent that Crewmates will have to clean. Impostors can still use that vent, but it will be more challenging.

When a Crewmate is cleaning the vent, Impostors can’t use it. So, you can’t really sneak up on unsuspecting Crewmates while they’re doing the task. But that’s not even the worst part about this new task. If you happen to be camping inside that vent and a Crewmate will do the cleaning task, you’ll be kicked out. You’re basically going to be caught red-handed as the Impostor. Of course, if the Crewmate is alone, it can be a great way to sneak up on them and kill them.

But if there’s many of them, then you’re caught, and you can’t do anything about it. This adds more challenge to being an Impostor in the game. And it also made the lives of Crewmates a bit easier. Would you still like to be an Impostor now?

New Color Skins for the Spacebeans

With more players now being able to play, it also means that there will be an increase in the basic color skins available. InnerSloth added six new colors for players to choose from while waiting in the lobby. The colors are Coral, Tan, Rose, Banana, Gray, and Maroon. These new pastel colors provide more variety and choices for players when they’re playing the game.

They can even be your new favorite color to use. In fact, InnerSloth even tweeted a result of their recent popularity vote when it comes to spacebean colors. Red came out on top, followed by Black and White. But what’s surprising is that 4th place went to one of the new colors, Rose. This shows that many players like the new color, so it’s one of the favorite ones to use. Unfortunately, the last place also goes to the color Tan. Well, you can’t win them all as they say.

Updates Are Not Yet Done

These new updates already enhance your gaming experience when you play Among Us. Whether you’re a new or a returning player, you’ll definitely have more fun playing now. But the great thing about this game is that InnerSloth is not yet finished. There are many more exciting updates that are sure to come, including a 5th map, more roles, and new ways to play the game.

So, if you think Among Us is going to be boring to play, just come back after a few weeks or months. There will likely be a new feature or content available that will give you a new experience. And if they’re as great as the ones we’ve listed here, then you’ll likely have a better time playing the action multiplayer game.