Arknights is a fun and interesting RPG that you can play. What’s interesting about this game is that it features elements of a strategy game and tower defense. This RPG’s battle sequence is played like a tower defense where you’ll place your heroes called operators on a grid. The goal is to make sure that the enemies advancing will be defeated before they can reach you.

Since it’s a tower defense game, a good strategy will be needed to help you win battles and progress in the game. Though a good strategy can go a long way, the outcome of a battle, especially the tough ones, will be determined by your operators. That’s right! Like with any RPG your success in Arknights will depend on the operators that you have. There are many different operators available and each operator will belong to 1 of 8 classes. The classes are Caster, Defender, Guard, Vanguard, Medic, Support, Sniper, and Specialist.

Each class is unique and will play a certain role during the battle. There are also many different operators, which gives you plenty of options for your team. To make sure you are using only the best operators for your team, this blog post will be an Arknights guide. Below is a list of the best sniper available in Arknights in October 2021.

What is the Sniper Class?

Before we start looking at the operator tier list for the sniper class, let’s first discuss what this class is. From the name of the class, you’ll likely think these are the operators who use guns and attack from a far distance. Well, that is technically correct since sniper operators are the ranged damage dealers in Arknights. These are the heroes that use guns, crossbows, and bows.

They also have low DP costs, which makes it easier for you to put them on the battlefield. Snipers, though, have low HP and DEF, which means they can die easily. This is why you should put them behind, away from enemies. And since they’re ranged operators, it’s okay to put them at the back. It’s also worth noting that snipers are useless in dealing damage against enemies with high DEF. But they will do well against operators with high RES. Now, let’s look at the best snipers in Arknights.

There are currently 5 snipers in the S-tier and they are Rosa, W, Exusiai, Rosmontis Schwarz, and Meteorite. These are the operators that you should be focusing on and should have priority when it comes to development and gear equipment.

Of course, not everyone will likely have access to S-tiers right away. Hence, the A-tiers would be a good alternative. They’re also powerful operators that will help win and progress in all battles you’ll encounter. This would include the tougher and challenging levels. They’re just a step below the S-tiers because they’re not overpowered or they have a weakness. But they’re still a powerful operator, which is why they’re good alternatives.

There are currently 6 A-tier snipers in Arknights and these are Firewatch, Provence, Andreana, Platinum, Blue Poison, and Greythroat. These are the operators that you can also focus on when it comes to development and equipment. Of course, the S-tiers would still take priority. But if you don’t have any S-tiers, you can still focus on the A-tiers since they will still help you progress.

But as you progress further, the effectiveness of the B-tiers becomes lesser. You can still progress, but expect a tougher battle. There are currently 8 B-tier snipers and they are Executor, Vermeil, Aciddrop, Shirayuki, Aosta, Sesa, April, and May. In terms of development, you can develop and equip B-tiers as needed. But don’t try to spend too much of your resources or your attention on them. 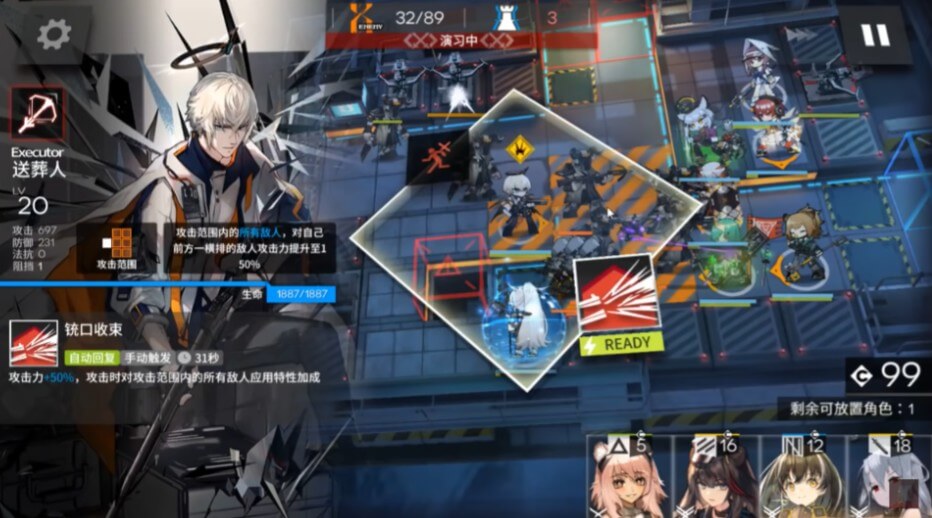 If you don’t have a lot of luck and you don’t even have access to B-tier snipers, then you can use the C-tier snipers. They are decent operators and will help you get over a lot of battles, especially the ones in the beginning. But as you progress, it’s best if you can replace them with higher-tier snipers. It’s going to be tough to progress and push ahead if you will continue to rely on C-tier snipers.

There are 5 C-tier snipers available and they are Jessica, Meteor, Ambriel, Kroos, and Catapult. They’re decent operators, but you should try to avoid using resources in developing or equipping them with gears. It would be a waste of your resources if you would spend them on developing C-tier operators.

Snipers are great operators to have, especially if you’ll be dealing with many enemies that have high RES. They’re the best option to deal with these types of enemies. And if you’re wondering who are the strong sniper operators, just look at the list provided above. Check out more Arknights tier list here in EmulatorPC.