If you are part of the huge “husbando” community across the globe who are fascinated by waifus, then Arknights is no stranger to you. For those who are new to the term, however, Waifu pertains to a fictional woman/girl character in pop culture (manga, video games, or anime) to whom you are attracted to. At some extremes, some husbando would even marry their waifus. With that said, if you want to explore the world of waifu and are curious about where to start, then, we recommend that you check out Yostar’s freemium strategy game Arknights.

Launched in 2020, Arknights is a tower-defense strategy game developed by Hypergryph/Studio Montagne and published by Yostar for mobile. What makes this game a great starting point for waifu-seeking players comes from its highly detailed anime-inspired design. On top of that, the game also features a huge roster of operators/characters dominated by waifus. So, today we will be taking a quick look at the game’s waifu tier list from the game’s massive community. In addition, we will also take a quick overview of the notable attributes of the top-tiered waifus in the game.

The list below is the cumulative average from over 280 tier lists submitted to Tiermaker by active players and community members. Due to the vast number of waifus in the list, we will only focus on the seven operators who are currently on the highest tier. In addition, we will shy away from the basic structure by focusing more on the background or backstory of each waifu rather than their abilities. 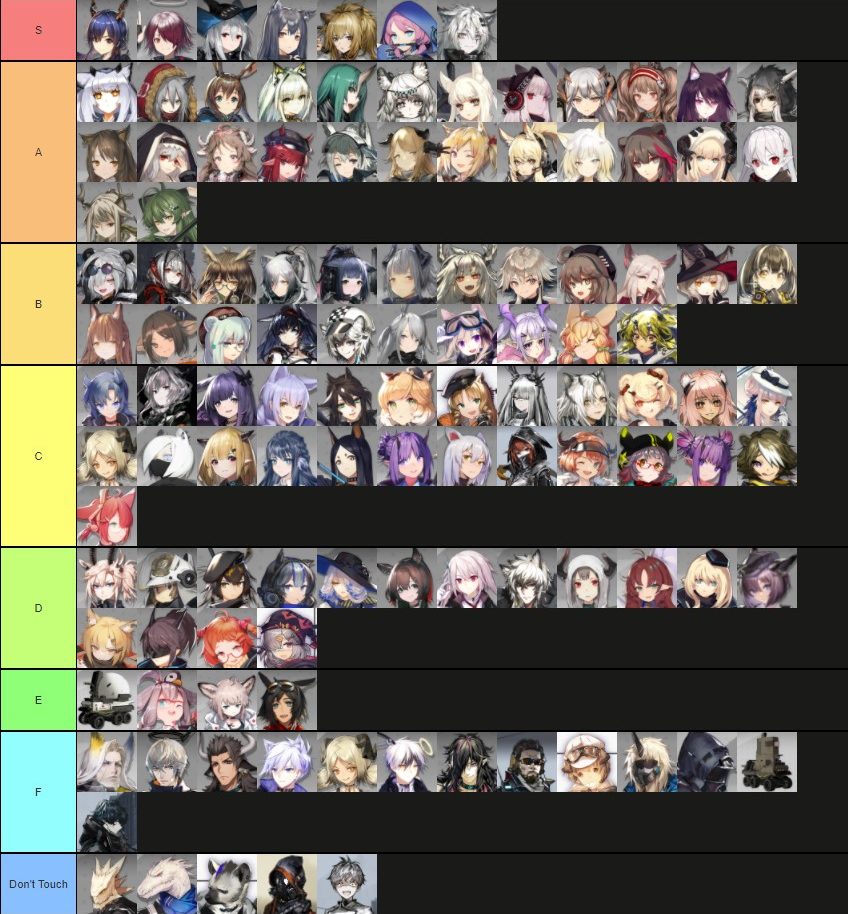 With that out of the way, feel free to compare the list below with your tier list.

Our first operator is the head of the special inspection unit of the Lungmen Guard Department. Do not be fooled by her charming innocent looks for there is a solid reason why she’s on top of the list. First off, Ch’en is a straight-A student at the Royal Victorian Guard School who graduated with flying colors. This waifu also became the fastest promoted officer in the history of the Lungemen Police Force. 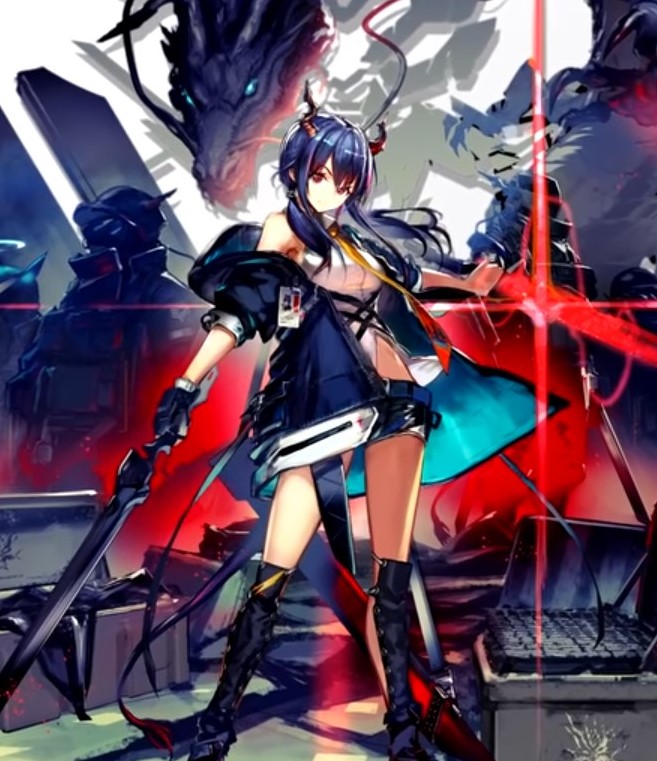 She is also a workaholic and is considered terrifying when mad. As for skills/abilities, Ch’en can hit her target and possesses high DEF and HP. In addition, she also comes with powerful crowd control abilities and physical attack dodging skills. If you are looking for a disciplinarian waifu, then Ch’en is the one for you.

Exusiai comes from the country of Laterano and is a proud member of Penguin Logistics. Coming from a country that specializes in the discovery/production of weapons, Exusiai is as deadly as she is beautiful, thus the term guardian angel. This waifu is an expert in the field of covert communications, armed escorts, and undercover missions. Her combat skills come with an ‘excellent’ evaluation. 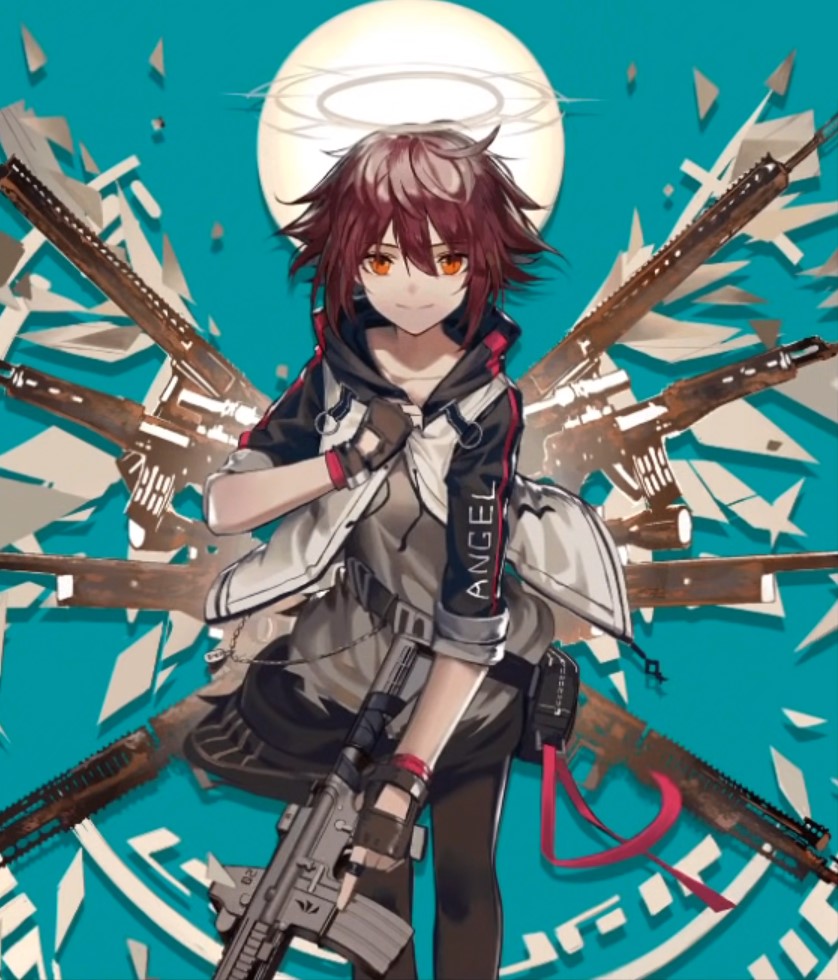 Some of her notable attributes include Charging Mode that comes with high sustained DPS, and Shooting/Overloading mode with insanely high DPS. These attributes alone made her the best rapid-fire operator in the game.

Before becoming a member of the Rhodes Island Assault Team, Skadi lived the life of a hunter taking contracts from big pharma. Her becoming a regular employee of Rhodes Island is a result of her excellent combat performance during missions. More than just a pretty face, Skadi can win an entire war, end gigantic monsters, and face crucial battles. Skadi comes with one of the highest HP and ATK in the entire game. These attributes make her the best huntress in the game. 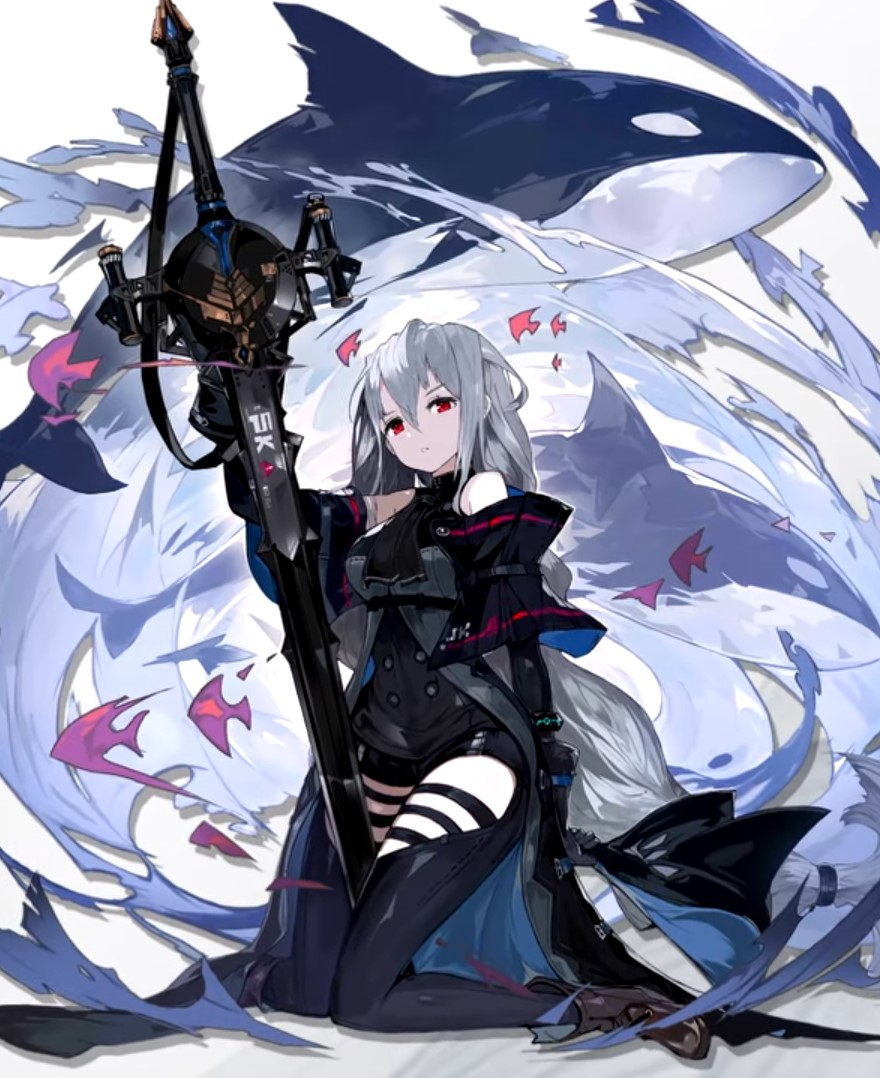 Texas describes herself as someone who has nothing to hide, but nothing to say also. Similar to Exusiai, this waifu is also a member of the iconic Penguin Logistics. This five-star waifu is a specialist in Crowd Control and DP Recovery. Some of her notable abilities include an impressive damage output, a very good source of early DP, and very efficient AOE arts. If you are looking for a silent but deadly waifu, then, Texas is the one for you. 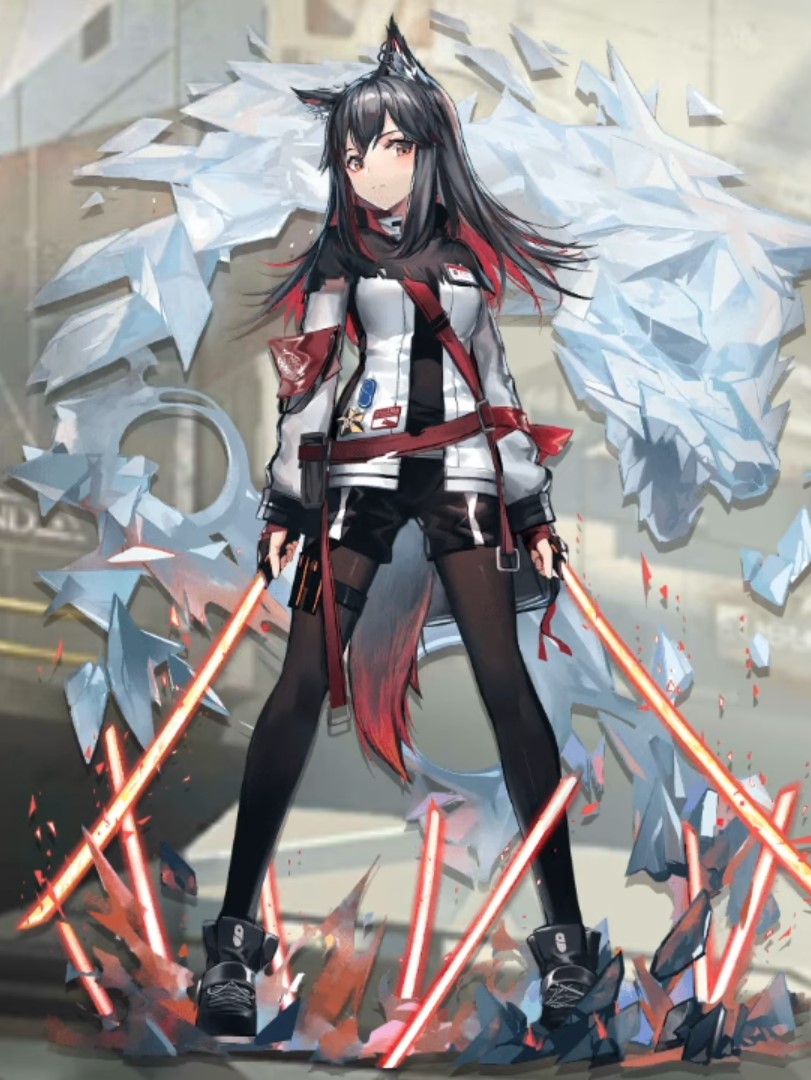 Codename Siege is a vanguard and the captain of the infamous Rhodes Island Squad who hails from the country of Victoria. This fierce waifu also goes by the name Verna and is an expert in assault, target, and siege missions. Her exemplary performance in multiple tests led to her affiliation to Rhodes Island. 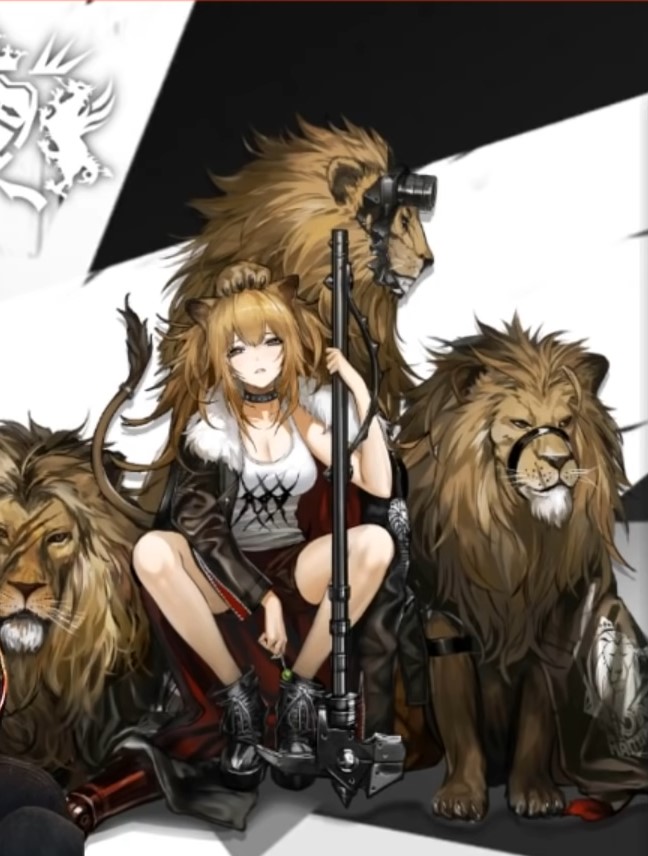 Siege boasts much higher overall stats compared to other Pioneer Vanguards. Her skills can inflict massive AOE damage complete with DP generation allowing her to stack multiple charges. In addition, she can also boost ATK and DEF for all vanguards with a chance of stunning the enemy.

Blue Poison’s expertise in toxicology combined with her combat skills makes her one of the deadliest operators in the game. Little is known of her origins due to missing records, nevertheless, her unique abilities and skills make her an important asset in Rhodes Island. Blue Poison comes with high DPS when her S1 is maxed. Her passive arts can inflict chip damage to enemies with high DEF. If you are looking for a waifu that possesses abilities that somewhat resemble Poison Ivy, then Blue Poison is the one for you. 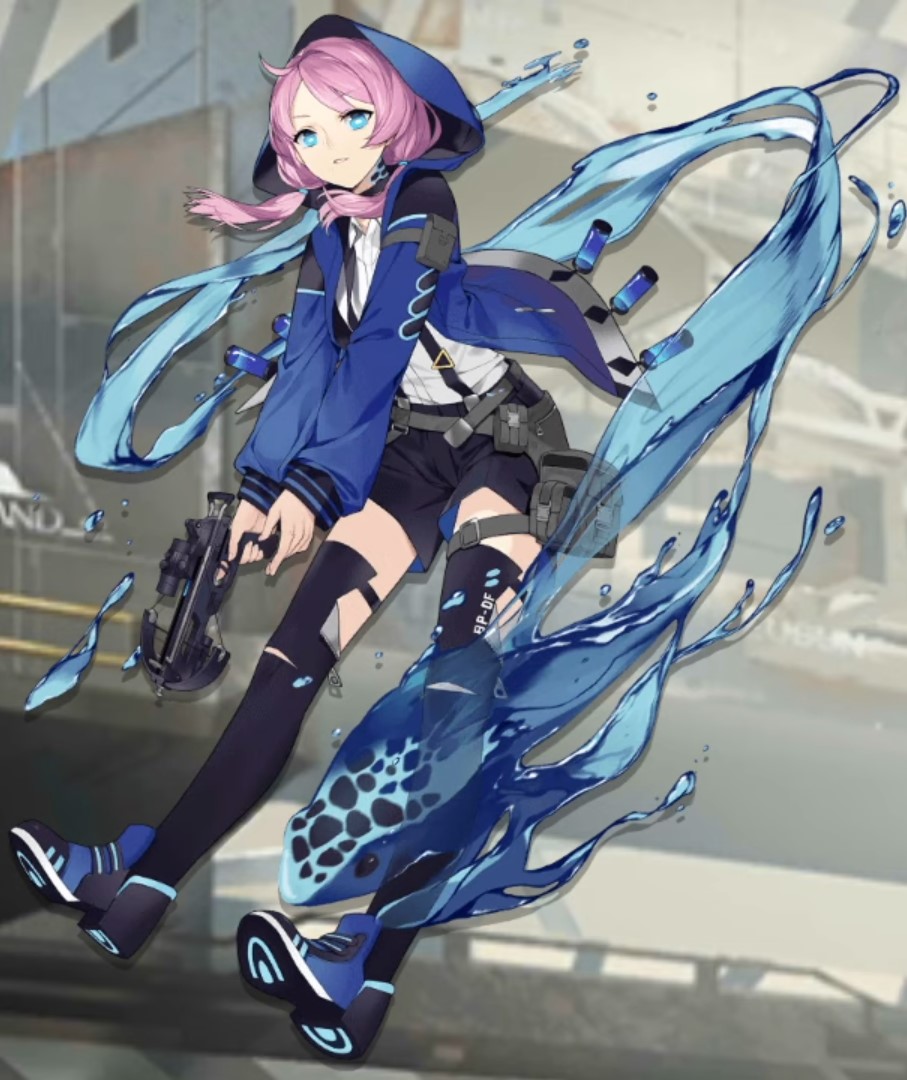 The final entry to Arknights S-Tier waifu rank comes with a mysterious background and an odd name. Lappland, despite missing her identity, is an established Special Operations Operative of Rhodes Island. According to her archived records, Lappland’s personality is too complex to understand. Although she displays polite social attributes and a friendly demeanor most of the time, some of her handlers still consider her mad. 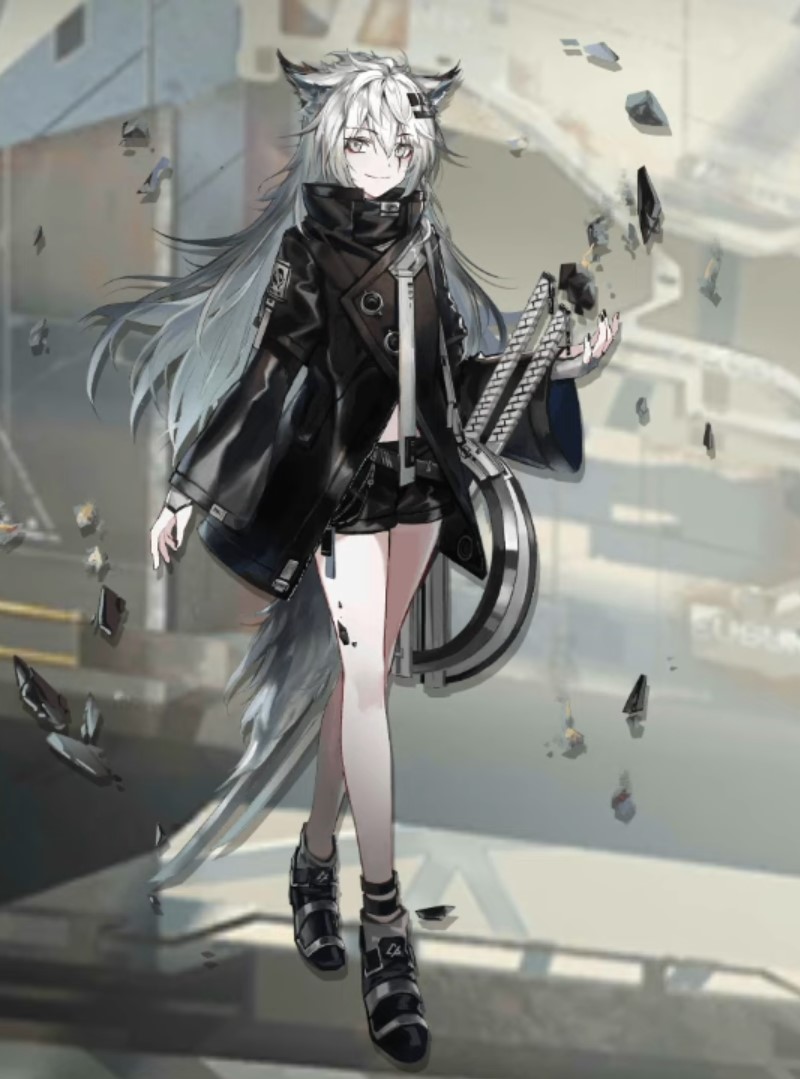 Lappland’s talent can disable the special abilities of her enemies. She can also execute ranged and strong melee attacks. If you are looking for a waifu with a complex personality, then Lappland is the one for you.

Now that you have an overview of the top-tiered waifus, it’s time for you to download and experience this epic game on your PC. All you need to do is key in the title of the game on the search box.