Launched in 2019 by Tap4Fun, Kiss of War combines the challenging mechanics of strategy with the spiciness of a dating sim. This is because the game comes with beautiful lady officers dressed in revealing outfits. As awkward as the combination of elements may be, the game still managed to deliver a decent strategy experience, luring millions of players since its official launch.

What is Kiss of War?

Kiss of War is a multiplayer real-time strategy game for android devices. Each base features a power generator that provides energy and buildings that produce units and structures. The player who destroys their opponent’s main building will have the chance to collect the spoils of war.

The game features a wide range of units including infantry, tanks, artillery, and aircraft. Kiss of War follows the life of a commander in charge of deadly and beautiful officers. The main goal of this game is to conquer enemy bases that are located around the world map. There are also other objectives such as collecting resources from different locations around the world or destroying enemy bases with an army attack. All of these activities are done through a management system.

Six of the Best Officers in the Game

More important than the troops are the beautiful and deadly officers that you need to manage in the game. Officers are the leaders of Kiss of War, with the strongest and most powerful skills. There are 25 officers available in the current version of the game.

Officers can choose their own unique skills or talents, which will determine their effectiveness in the field. These include Tank, Infantry, Tank Destroyer, General, Jungler, Mobility, Skill, Garrison, Defense, Attack, Gatherer, Support, and Siege. All officers can learn these talents through upgrades. There are specific ones who are best suited for each talent. With that said, we will take a quick look at the six officers and their skills.

Marjorie is an officer that is great for gathering resources. In addition, she also has the ability to boost the attributes of Tank units. 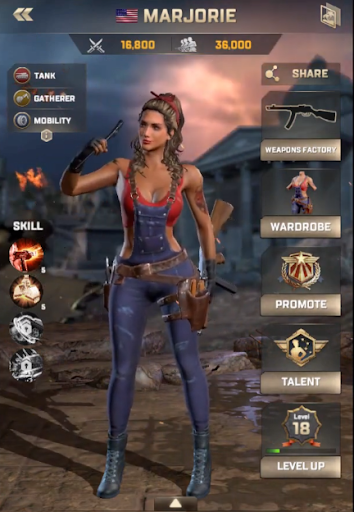 This officer comes with skills like Resource Management which increases the speed of gathering including the damage to enemy troops in resource field encounters. She can also improve the ATK of Tanks using her Lighting Impact skill.

Linda is an officer perfect for leading tank sieges and fighting NPCs. With the Jungler and Tank talents, Linda will be able to acquire special skills like Defense is Offense which increases the attack of tank units by 10%. 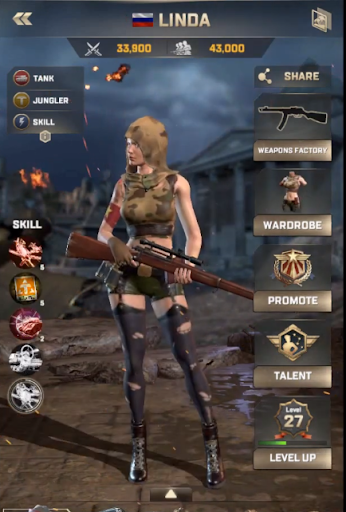 She can also develop a skill called Ultra Massive Power that can inflict a devastating amount of damage to a single target.

Katherine is a top-tier officer in the game suitable for PvE, damage infliction, and leading tank sieges. This officer can develop a skill called Right Through that boosts the ATK and SPD of tanks. 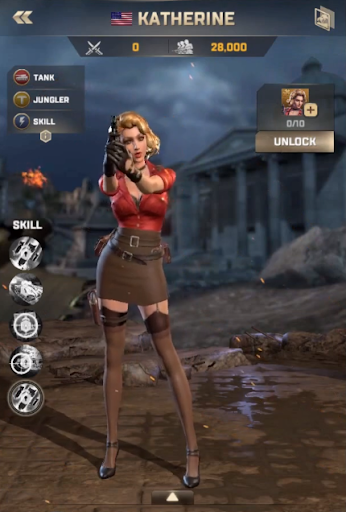 She also has a skill called Go for the Throat that increases the amount of damage received by the enemy. As a bonus is her Ultra Tempest skill that inflicts continuous damage to a single target.

Grace is an officer suitable for leading tank units during marches due to her Equipped Tank skill that increases the ATK/DEF/SPD attributes of tanks. She is also great for defense using the Garrison talent. 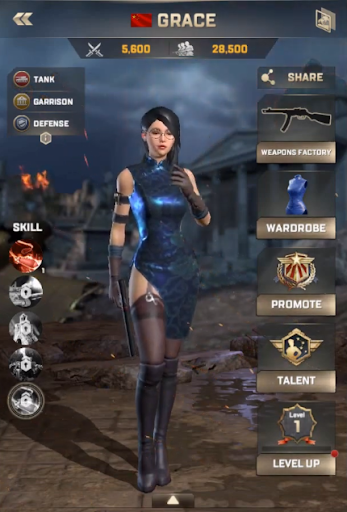 This allows her to develop the Defend the Motherland skill that increases the ATK attributes of all the troops under her command.

Considered one of the most effective officers in the game, Doireann is an officer perfect for rallies and PvP. For starters, she has a skill called Battlefield Leader that increases the capacity of troops during marches. 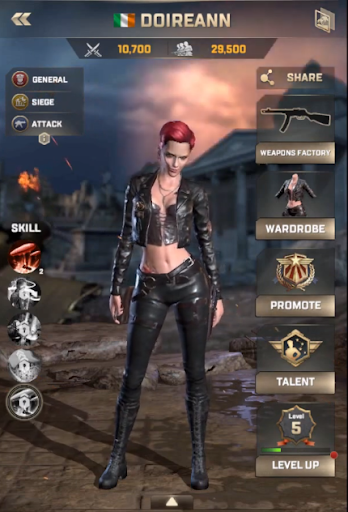 She can also reduce the damage taken by marching troops using her Frontline Commando skill. On top of that is the Bloodlust skill that increases the ATK of troops.

Angelica is an officer suitable for three talents; Infantry (boosts the combat stats of infantry), Jungler(boost the ability to fight against non-playable characters ), and Mobility (boost the guerrilla warfare of troops). 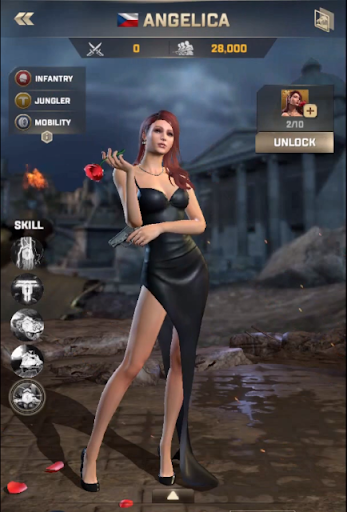 The mentioned talents will allow Angelica to develop multiple skills. One example is the Flash Assault which reduces the enemy’s attack and speed attributes. Another is Hold the Line which is a skill that reduces the damage received by the officer and improves speed. To sum it up, Angelica is the perfect officer to take charge of infantry units.

Play Kiss of War on PC

Now that you have an overview of the various officers in Kiss of War, it’s time to jump back into the game. The best part is that you can now play this immersive game on your PC!