That’s right! You don’t always have to play the game against other people, as you can also play against the AI. However, where is the fun in that? First-person shooting games like this one are more fun when you’re competing against another player. But like in any competition, there will always be a loser and a winner. And if you happen to be on the losing side in Special Forces Group 2 battles, then that can be frustrating and irritating at times.

But you don’t have to always be on the losing side. You can switch over to the winning side and this article will help you to achieve that. This article will provide you with tips and tricks on how to improve your chances of winning in Special Forces Group 2.

1. Adjust Your Settings to Where You’re Most Comfortable

The first thing that you need to do is to make sure the settings of your game are adjusted well. Calibrate the settings and choose what’s comfortable for you to play. Sensitivity will be one of the main things that you need to adjust since it will determine how fast your rotation would be when you play. Make sure that it has ample speed so it’s easy for you to quickly turn, especially if you’re being attacked from the back.

However, don’t put it too high that you won’t be able to play properly. Test out different settings and stick to the one you’re most comfortable with. Also, check the ticked boxes in the gameplay menu and make sure all the settings there are to your liking. Don’t rely on the game’s default setting since that might not be the best setting for you.

2. Master the Use of Several Weapons

Like with any shooting game, Special Forces Group 2 will have a plethora of different weapons for you to use in the game. First, you’ll start with a pistol, but you can purchase weapons with your starting money. As you kill enemies, you will earn more money and get an additional bonus if your team wins. This will allow you to purchase more powerful weapons.

But a gun is only as good as the person using it. So, it would be best to master the use of several guns so they can be your go-to weapons in various parts of the game. For the first 2 rounds, you won’t likely have enough money to purchase the assault rifles or snipers, so you can stick to pistols, shotguns, or submachine guns (SMGs). As for SMGs, they are a good option since they have a good firing rate as well as decent range and damage.

In-game screenshot: Learn how to use several guns in Special Forces Group 2

So, have a go-to SMG at the beginning. After that, you can transition to assault rifles or sniper rifles. It’s important that you master a weapon as this will also greatly improve your skill in killing enemies with that weapon.

3. Familiarize Yourself with the Map You’re Using

Being familiar and aware of the map that you’re playing will be key in helping you, not only to kill but also to avoid getting killed. Maps will likely have blind spots or areas that are good for ambushing unsuspecting enemies. You can use that to your advantage to get easy kills. You can also use it to protect yourself. Since you know it’s a blind spot or a good spot for orchestrating an ambush, you can avoid passing there or be more prepared for it.

In any competitive shooting game, knowing the map is a key element in winning or losing. If you have good map awareness, it’s easy for you to figure out what your opponents might try to do or where they might go.

4. Always Pick Your Spots When Battling

It might seem cool and awesome to just always go Rambo and try to take out multiple enemies at once. But more often than not, that will just lead to more deaths instead of kills. To reverse that and have more kills instead of deaths, always pick your spots when it comes to battling enemies. If you can ambush them or target them from behind, try to do that so it can be an easy kill for you.

It’s also always a good idea to engage an enemy when they’re already engaging in a fight. Since they’re already distracted, they won’t notice you outright. Always remember to try to put yourself in advantageous positions before fighting. It might not look cool or awesome, but it will get the job done and increase your chances of winning more.

Like with any shooting game, constant practice will help you become a better player in Special Forces Group 2. The more you play the game, the better you will become. And not only at moving and shooting, but also in making in-game decisions. The experiences you gain whenever you play will help increase your battle knowledge in this shooting game. 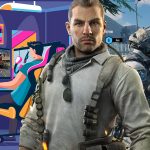 The Benefits Of Playing Online Action Games
Posted on July 30, 2021
When it comes to video games, many people just consider them as a pastime or form of entertainment. And when you talk about action games, some people are even a bit apprehensive about… 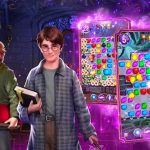 5 Tips To Become A Puzzle Wizard on Harry Potter: Puzzles & Spells
Posted on July 30, 2021
Are you a big Harry Potter fan? Do you also call yourself a Potterhead? Then, you must already know that there are tons of games based on the movie itself. With the magic… 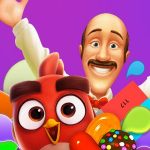 Top 5 Benefits of Playing Puzzle Games on PC
Posted on July 30, 2021
Puzzle games are easy to play, and they are not just there to waste your time. Playing them also has many benefits. So, whether you or someone you know loves puzzle games, know… 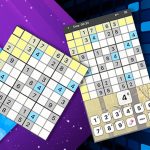 Sudoku: The Ultimate Brain Sharpener Game On PC
Posted on July 30, 2021
Sudoku despite sharing the same name with a bacterial zoonotic disease is anything but good for you. As much as we want to compare our subject with its infectious counterpart, that is a… 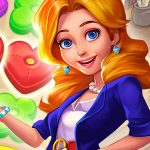 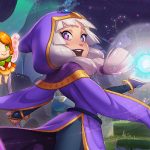 Merge Magic! Beginner’s Tips – How to Merge Cool Objects
Posted on July 22, 2021
Merge Magic is one of the best puzzle games available on PC today! It takes the concept of match puzzle games and adds a new twist. For every item you merge, you’ll create… 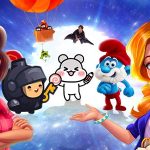 The Best Puzzle Games Available on Emulator PC
Posted on July 22, 2021
Puzzle Games are the kind of games that will enhance your concentration, boost your decision-making skills, and improve your brain functions. There are many types of puzzle games today, which you can play… 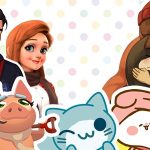 Best Casual Games to Play Using Emulator PC
Posted on July 22, 2021
Casual is a type of video game targeted at a larger audience. The games don’t require the player to invest a lot of time playing, winning, and enjoying. These kinds of games exhibit… 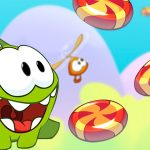 Cut The Rope 2 Guide – How To Get Candies Faster
Posted on July 22, 2021
Cut The Rope is a fun and exciting casual puzzle game to play where your goal is to get the candy to Om Nom. To do that, you just have to cut the…

BTS World Guide – Tips On Being A Good Manager
Posted on July 22, 2021
One of the most popular boy band groups in the world right now is Korea’s Bangtan Sonyeondan, or more popularly known as BTS. This is why it’s not surprising that there are much…
Copyright © 2021 EmulatorPC. All Rights Reserved