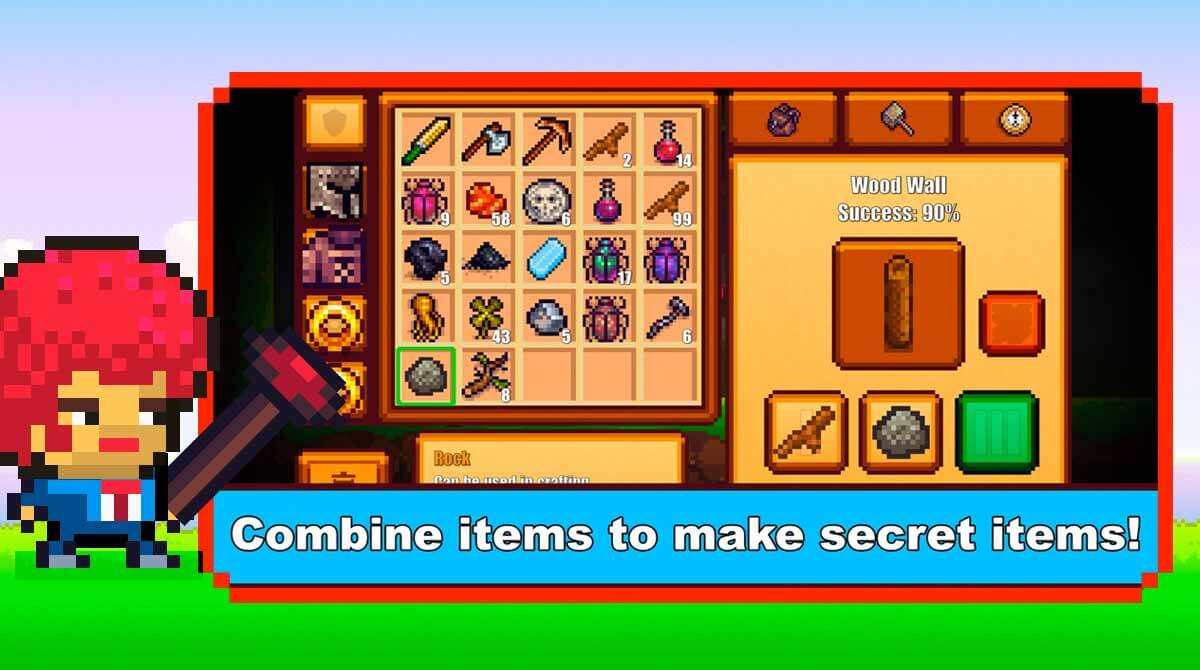 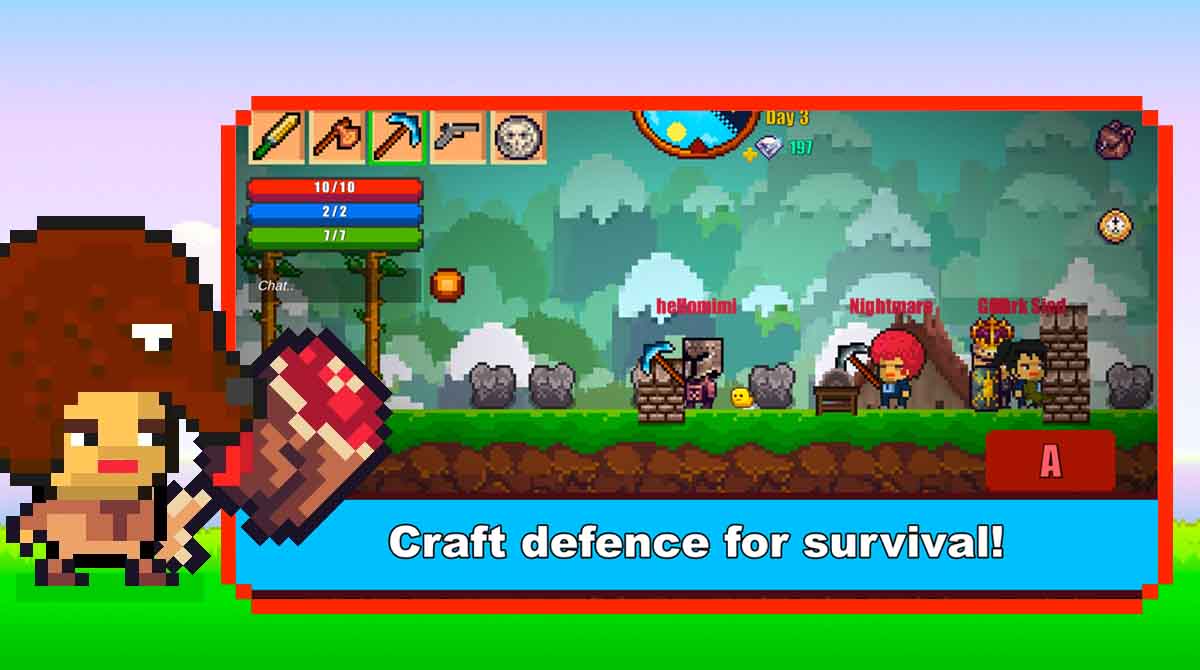 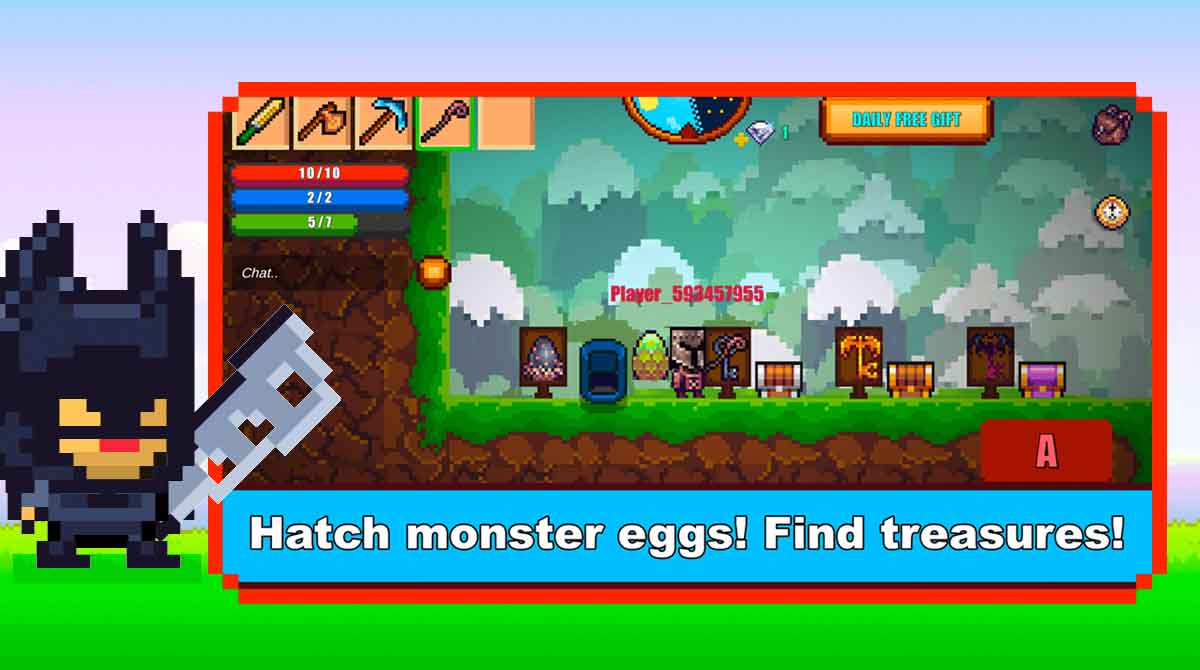 The main thing you’ll do in this game is to explore many different places and go on adventures. Each place that you will explore has secrets to discover. But these places will be filled with monsters, so defeating these creatures is the second thing you need to do in the game. Battling monsters will allow you to acquire materials.

You need various materials in the game to craft different items like weapons, armor, and more. Also obtaining new weapons and armor makes your character stronger. With that said, it will be easier for you to defeat the monsters you’ll encounter. However, you’ll start as a weak adventurer, so it’s challenging at first. But as you craft new weapons and armor, you become stronger and undefeatable during fights. Let’s now discuss the gameplay of Pixel Survival Game 2.

How to Play Pixel Survival Game 2

The gameplay of Pixel Survival Game 2 is simple and easy as you only need four buttons. There’s the move forward and backward, the jump, and the action button. You can reach high places by doing multiple jumps while in the air already. But keep in mind that it has an energy gauge that replenishes over time. Once the energy runs out, you can’t do a double jump until it replenishes.

The action button is what you’ll use for attacking and performing other actions. But before you use that button you need to equip a weapon first to attack. To equip a weapon, you just need to open your inventory at the top left of your screen, then click the weapon. Your attack damage will also depend on the weapon you’re using. The better the weapon, the higher its accuracy and damage. Be careful during your adventures since you’ll have little health and no armor, so big chances are you’ll get killed by your enemies. Pixel Survival Game 2 is an easy-to-learn game but challenging as you progress in the game.

If you like playing this action game, then you should also try Sword Of Xolan or Apple Knight: Action Platformer. Both are fun games that also provide plenty of action. So, you’ll also have fun playing them. You may also check other game titles here on EmulatorPC! 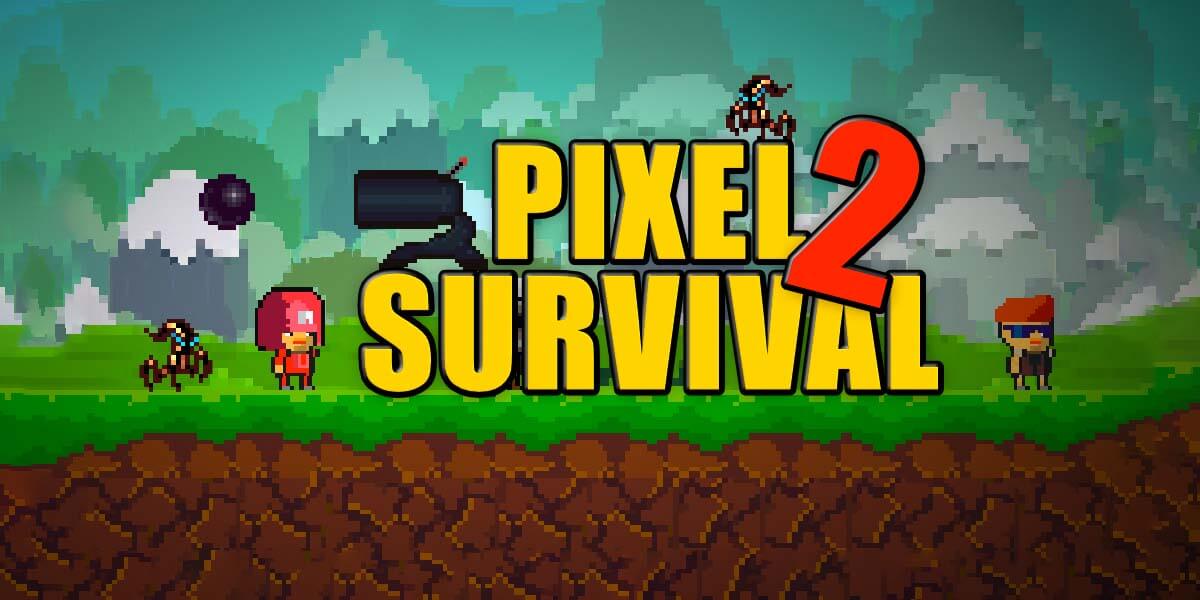 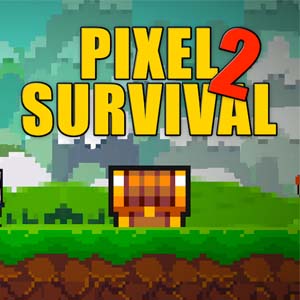 All Pixel Survival Game 2 materials are copyrights of Cowbeans. Our software is not developed by or affiliated with Cowbeans.