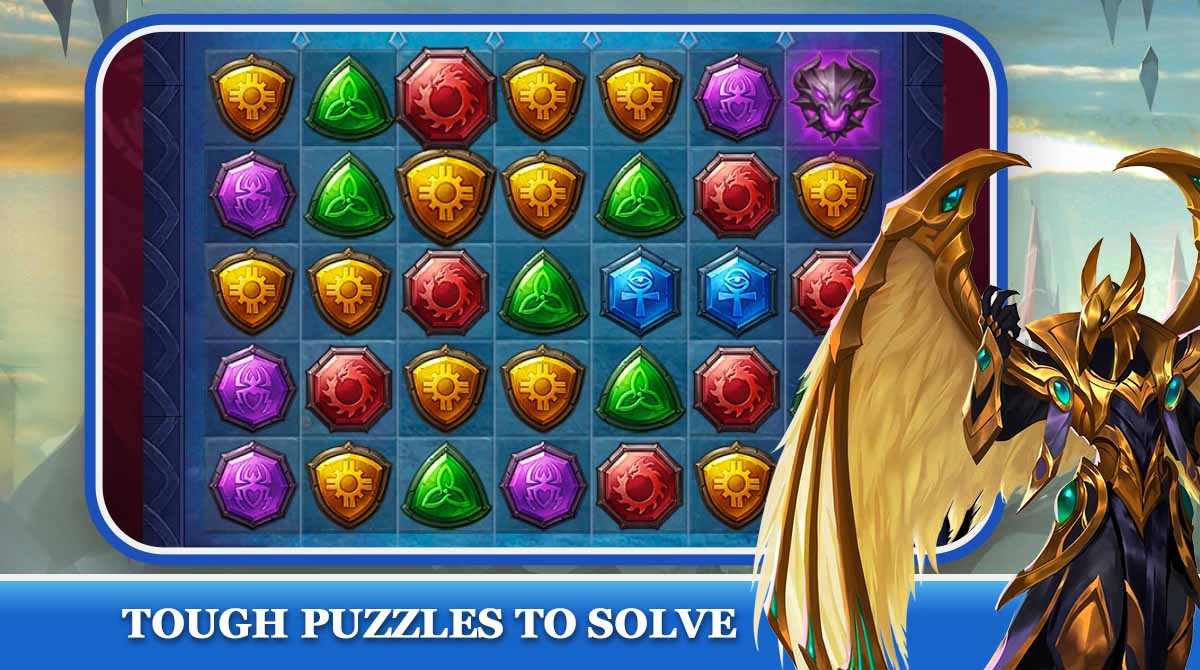 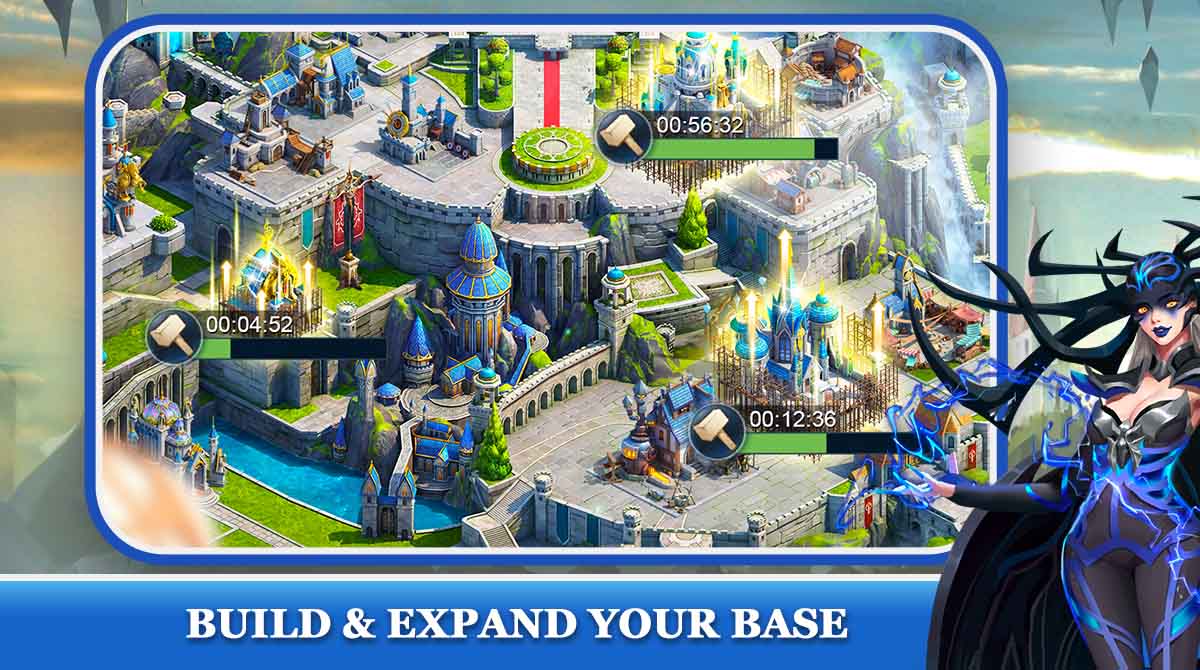 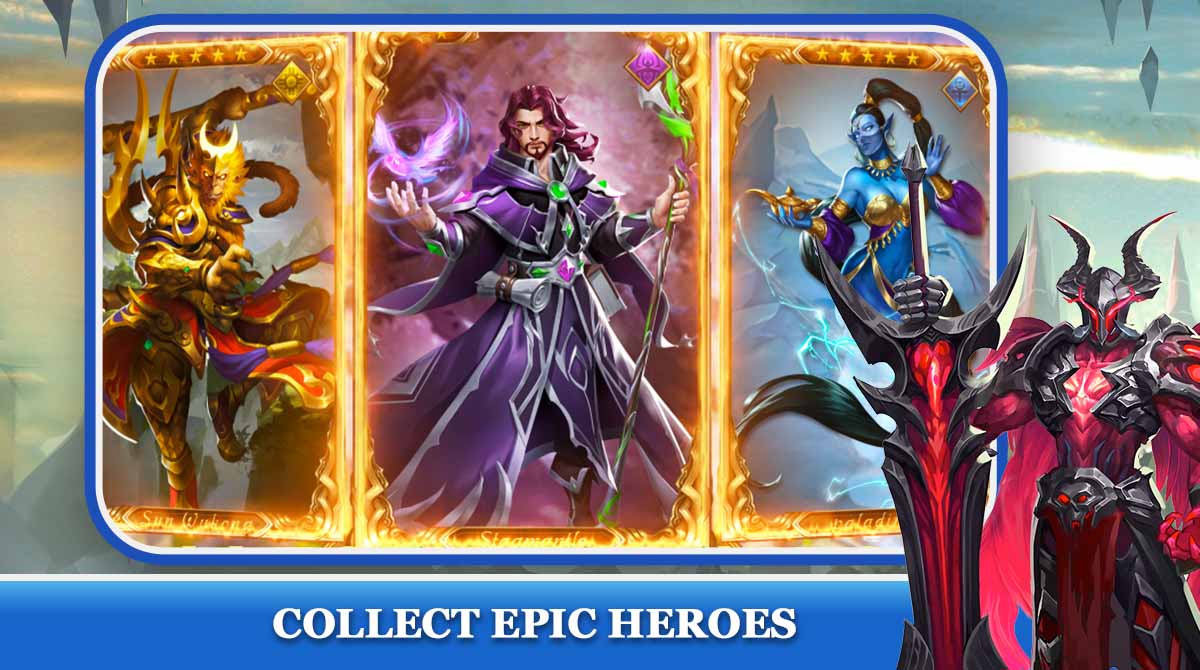 If you’re the kind of player who immensely loves role-playing and match-3 games, then Puzzles & Conquest is the right game for you. In this game, you’re tasked to defeat all enemies throughout the levels, create your strategically powerful kingdom, and dominate the land. Published 37GAMES, this role-playing game requires you to unleash your utmost tactical skills in leadership. You’ll lead your kingdom along with your formidable heroes and set them to defeat evil.

In Puzzles & Conquest, you’ll mainly focus on fighting hordes of enemies. To battle against them, you need to play a series of match-3 levels. Each tile you match will harm your enemy and destroy them. When playing match-3 levels, you’ll be using five heroes derived from their respective types.

The game has five types of heroes: gale, water, fire, dark, and lights which represent green, blue, red, purple, and yellow colors, respectively. Each hero in this game depicts a special attack, and you can make it stronger by matching similar colors the same with your hero. Once the special attack is charged, you can easily click the hero and release it against your enemy.

Aside from playing against your foes in the many match-3 levels, you must start building your dynamic kingdom. As you begin building your domain, you must train troops, collate necessary resources, and upgrade your heroes. Once your troops are ready to fight, you can go deeper into the game and immerse in the “World” button.

The “World Mode” is an endless world where you’ll gather resources, loot amazing treasures, and face vicious monsters. Aside from monsters, you can also participate in global showdown, competing against other players worldwide. You can also find some alliances and embark on a fantastic journey for fame and glory.

Are you a huge fan of role-playing games? Feel free to rack your PC with the best titles here in EmulatorPC. For your reference, you can download free games like Disney Twisted-Wonderland and Dungeon of Gods on your PC. Get them now! 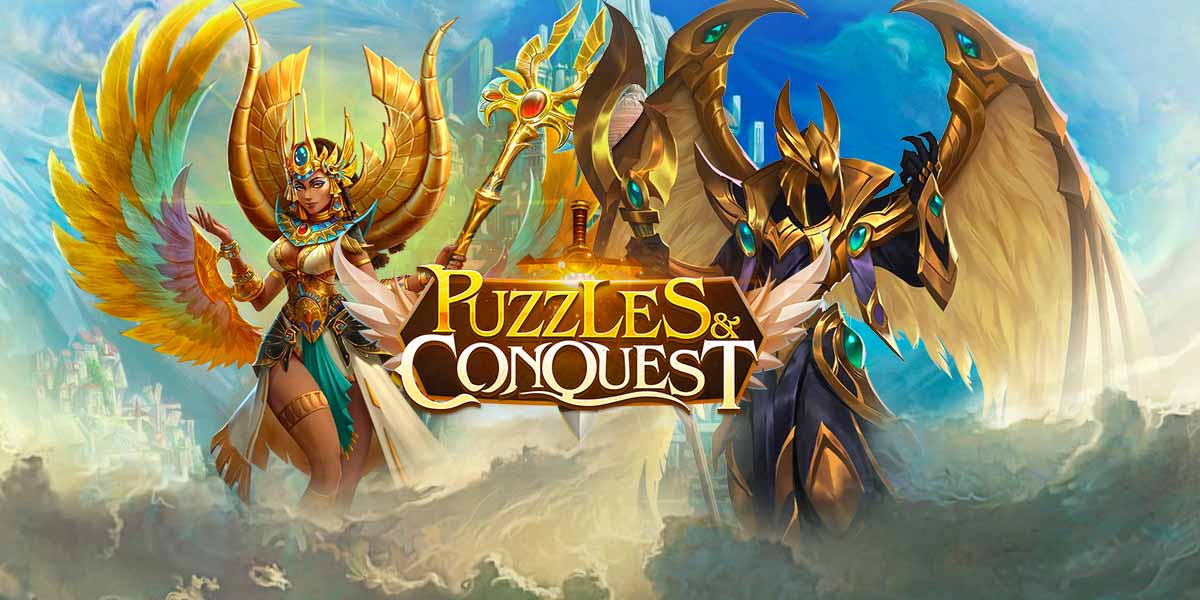 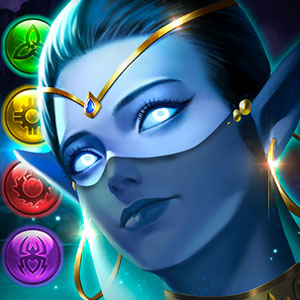 All Puzzles & Conquest materials are copyrights of 37GAMES. Our software is not developed by or affiliated with 37GAMES.