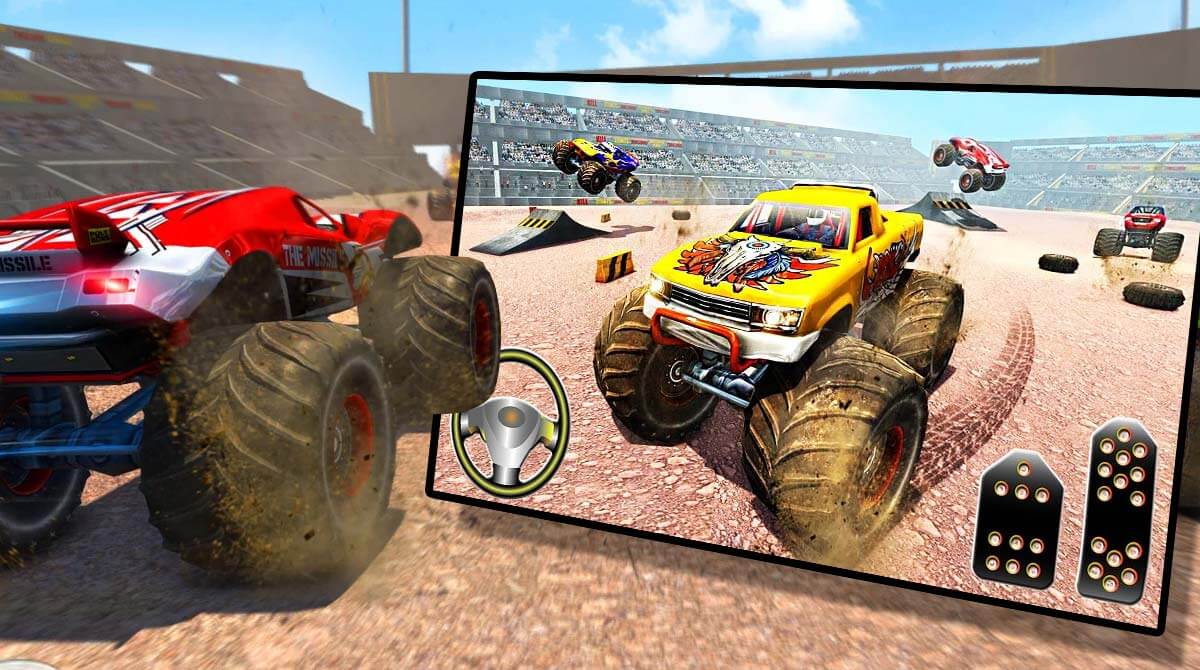 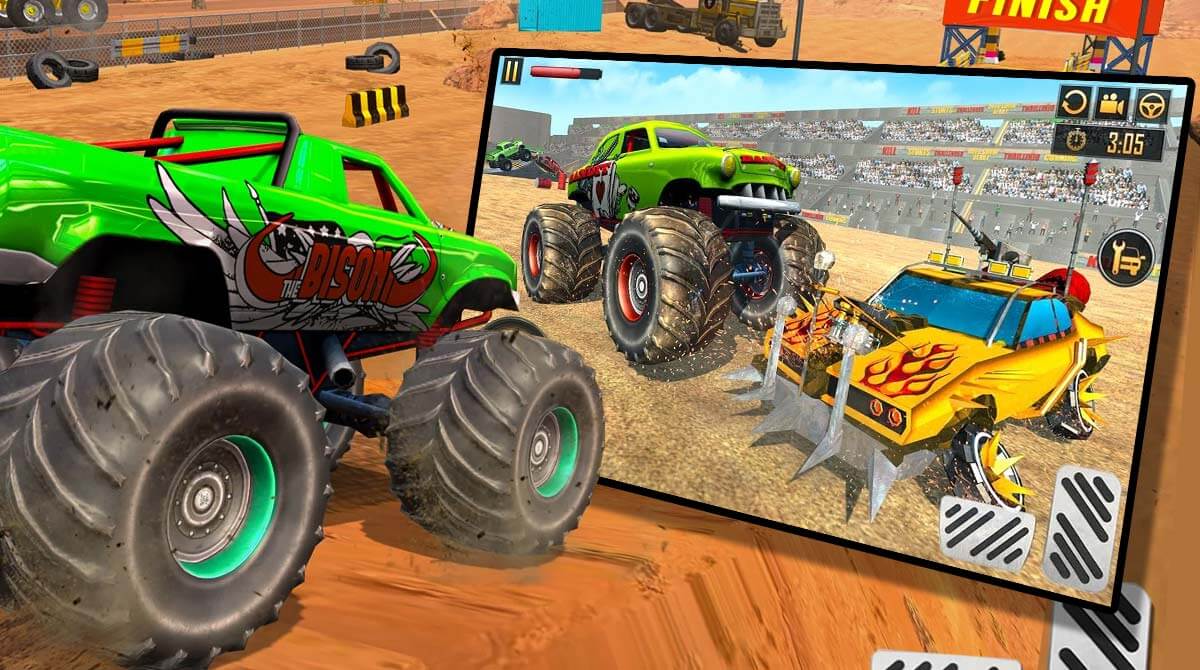 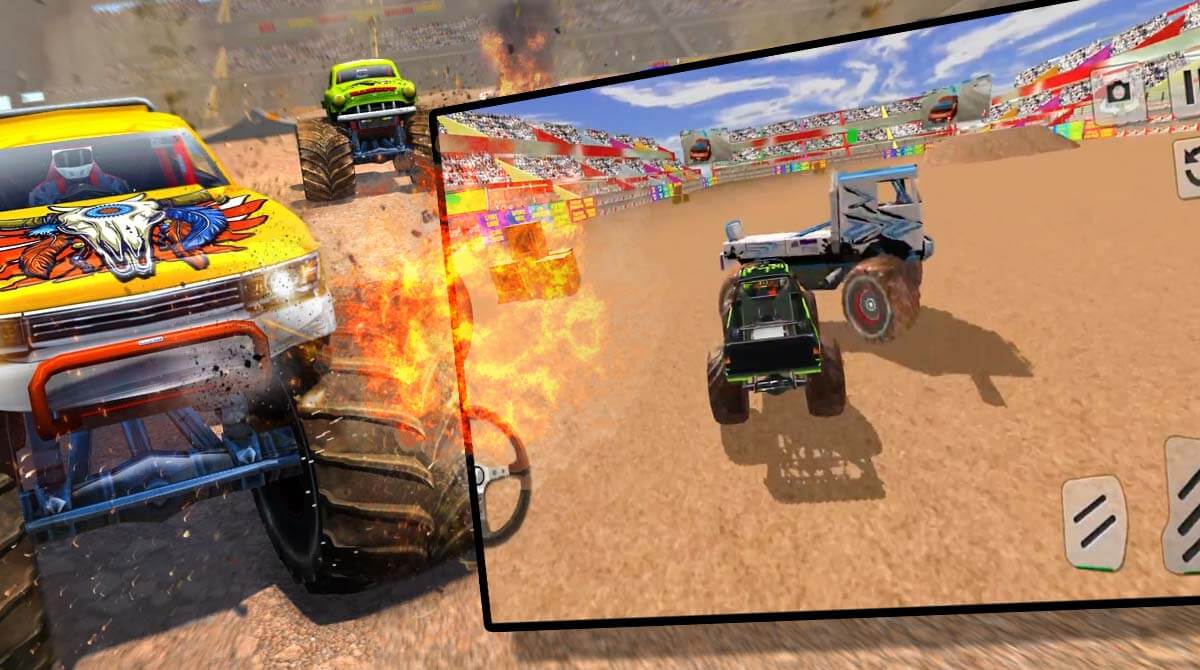 Rev up your engines and hold on to your seats as this monster truck demolition game is now available here at EmulatorPC. Show off your demolition derby driving skills and smash your way to the top. Discover a garage packed with highly detailed unlockable monster trucks and compete in various game modes set in realistic arenas. Real Monster Truck Demolition Derby Crash Stunts is a freemium mobile game developed and published by Play.io. in 2019. As indicated in the game’s lengthy title, it comes with a demolition derby-inspired gameplay structure featuring vehicles modeled after real-world monster trucks.

Moreover, the game features five challenging game modes: Demolition Arena, Death Racing, Whirlpool Battle. Ramp Stunts, Mud Racing, and Freestyle. And these modes are all set in realistically designed arenas. Apart from that, this demolition game focuses mainly on destruction, which is the direct opposite of track racing simulations.

In addition to its realistic features, the game also comes with a solid reward structure that allows players to acquire premium items by watching short ads. Players can also take advantage of ads to try out limited-time vehicles, making it even more exciting. Jump into the arena today by installing this awesome demolition game on your PC.

To fully experience this demolition game on PC, you need to download its unblocked version featured on this page. Compared to other unblocked Android games, this version comes with the patented EmulatorPC gaming technology that allows mobile games to run seamlessly on PCs. Once you’ve installed the game, you can open and play it just like a normal PC application.

With that out of the way, this demolition game plays just like the basic freemium indie game that takes you straight to the main title menu after opening. In the menu, you’ll see buttons to other games, social media, and the play button. Clicking the “Play” button will take you to the game modes menu.

Once you’re in the modes menu, new players can choose between two game modes available: Demolition Arena and Death Racing. The rest of the game modes will become available as you progress further. Now that you already have an overview of how this demolition game works, make sure to download the game and begin your destruction derby domination.

If you’re looking for more exciting role playing games to play, you can also check out AFK Arena and Masketeers : Idle Has Fallen. These games are all free to download and play on PC with EmulatorPC. 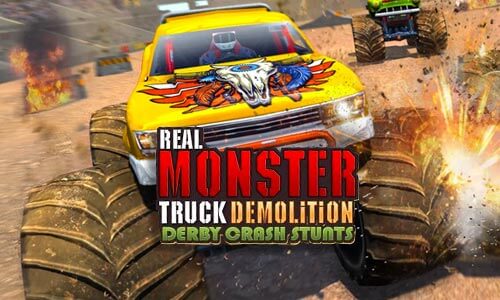 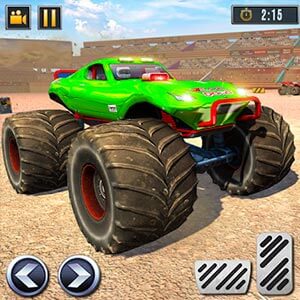 All Real Monster Truck Demolition Derby Crash Stunts materials are copyrights of play.io. Our software is not developed by or affiliated with play.io.