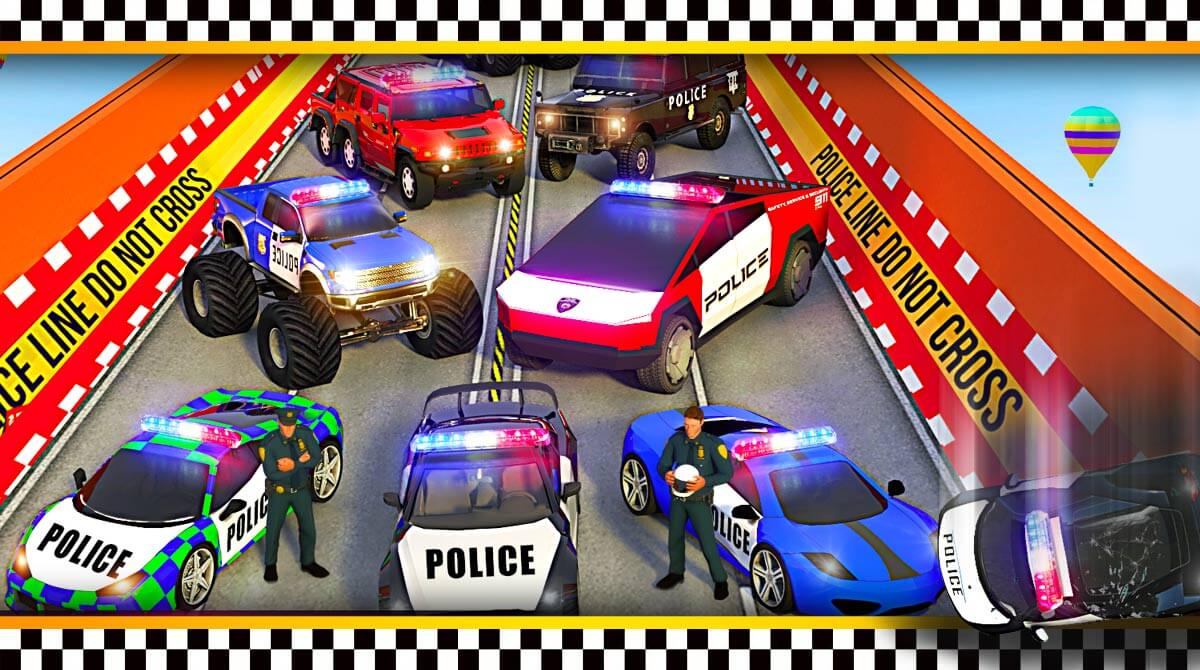 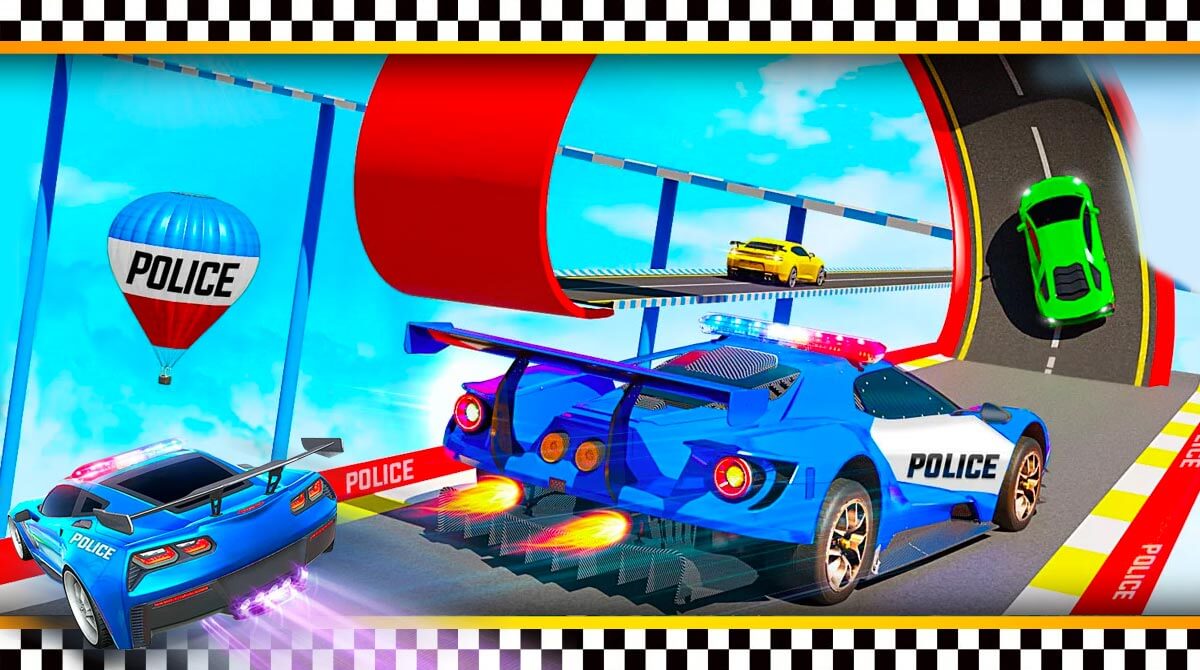 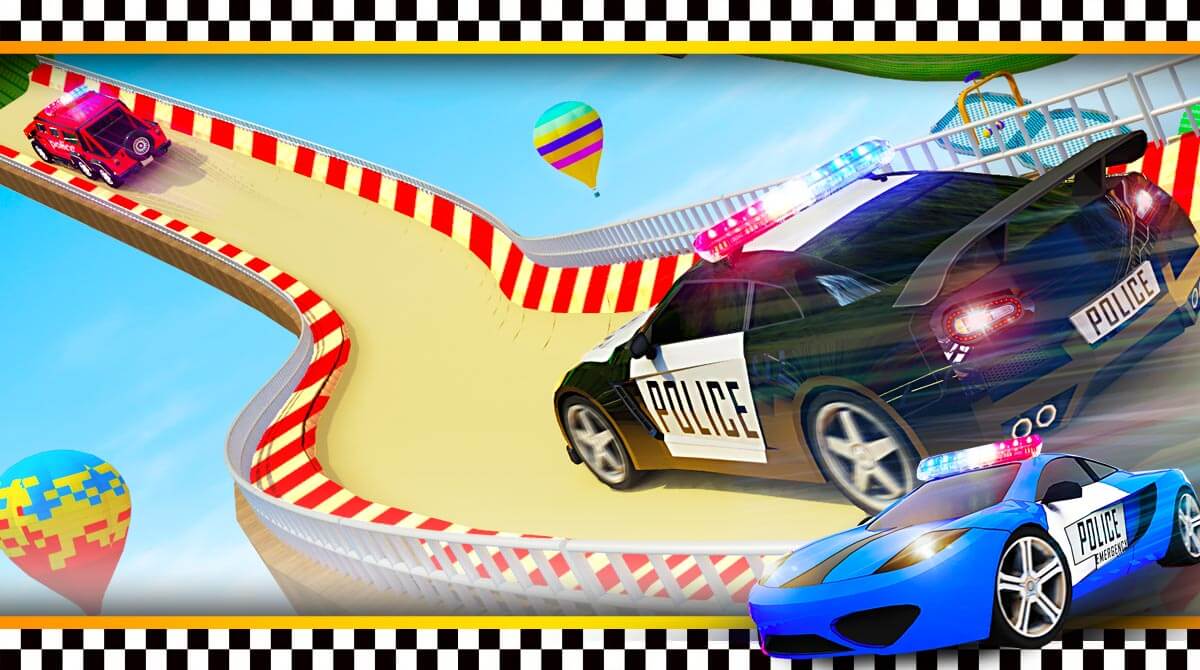 If you’re looking for a unique and interesting but fun racing game to play, then this is the game that you should try. It’s titled Police Car Ramp Stunts Race, a strategy racing game published by Desert Safari Studios. It’s a unique racing game where you get to use police cars as vehicles for racing. That’s right, you use police cars here, complete with sirens, for racing. But that’s not the only thing that’s unique about this race. Instead of a regular race track, you’ll have a race track suspended in the air and complete with big jumps. It’s an interesting racing game that you will enjoy playing. Let’s discuss in more detail the gameplay of this racing game. Police Car Ramp Stunts Race 3D won’t have a tutorial anymore when you start playing. That’s okay since the gameplay is very simple and easy to figure out. You will have a short description of the controls before you race to help you know what the buttons do. During the actual race, your goal is to get to the finish line. But you don’t just try to get there as fast as possible. You also try to get there in style. This is because of the unique race track that you’re racing on. It looks more like a stunt track than a race track, and it is. Sure, you still have to get to the finish line before the timer runs out. But that’s not the only way for you to get a high score here.

Along the way, there will be boxes and other objects that you should try to hit. Doing that will earn you some style points, which can further increase your overall score. This will result in you making more coins in the process. Coins are important here since you will use them to unlock more police cars. You’ll only have one available vehicle to use, and you’ll pay in coins to unlock other police cars. This racing game also features different game modes for you to play, like Mega Ramp, Death Race, and Dragon Road. All game modes involve you racing on these stunt tracks. You can see that the Police Car Ramp Stunt Race is a fun and exciting racing game, letting you enjoy while playing it.

The Features of This Interesting Game

Police Car Ramp Stunts Race 3D may only be one of those fun racing games that you can play. If you’re wanting more, go and check out Gas Station 2 Highway Service or Nitro Nation Drag Drift. Both are fantastic racing games that you’ll also be interested in. Get all these games here for free. 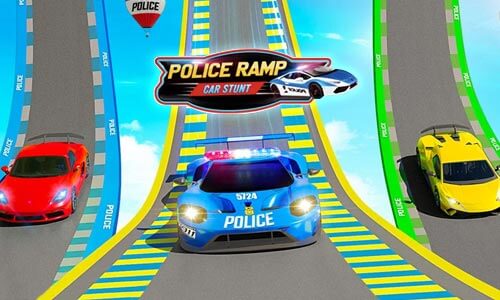 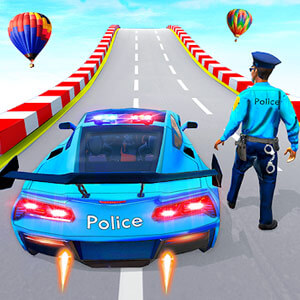