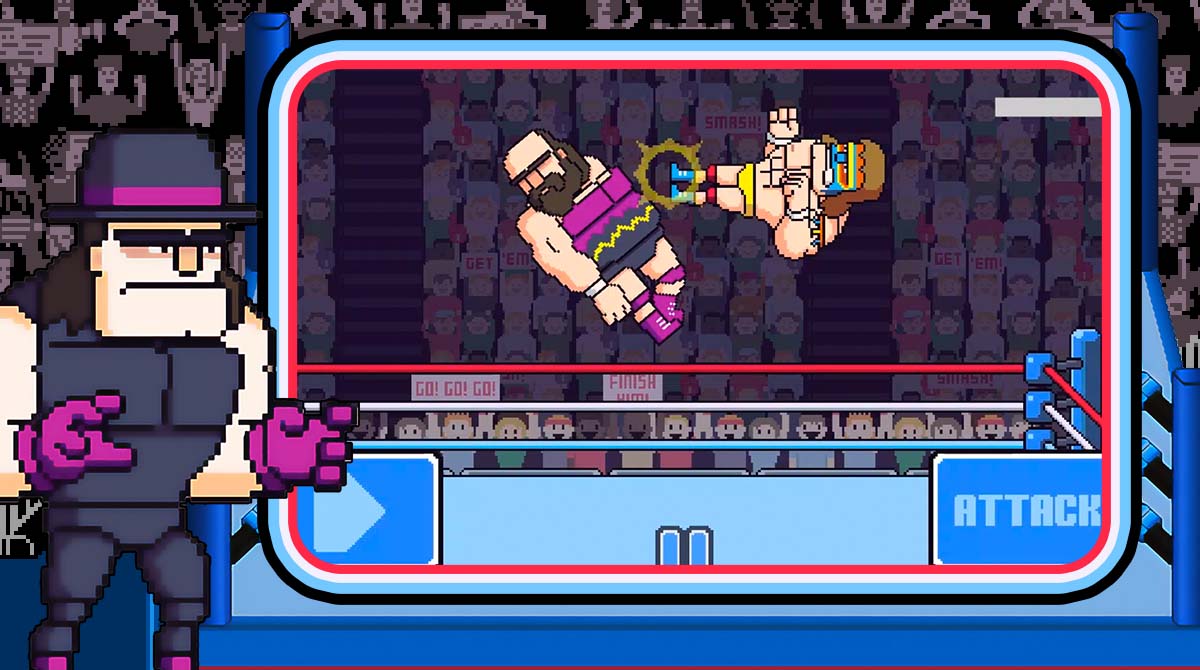 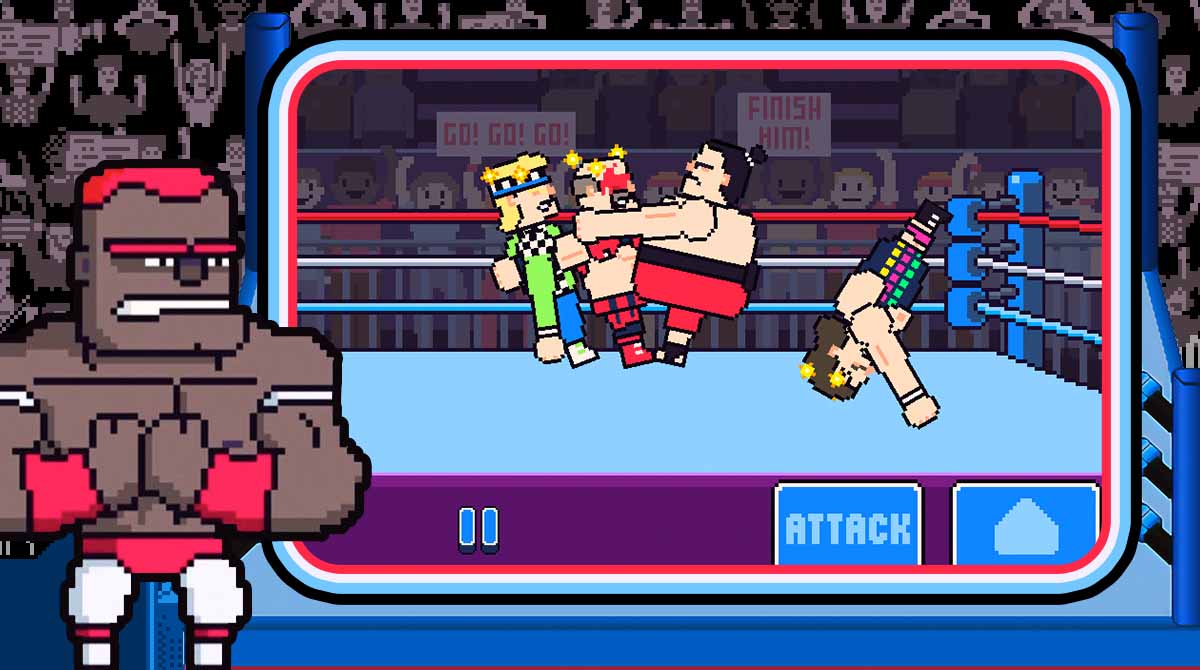 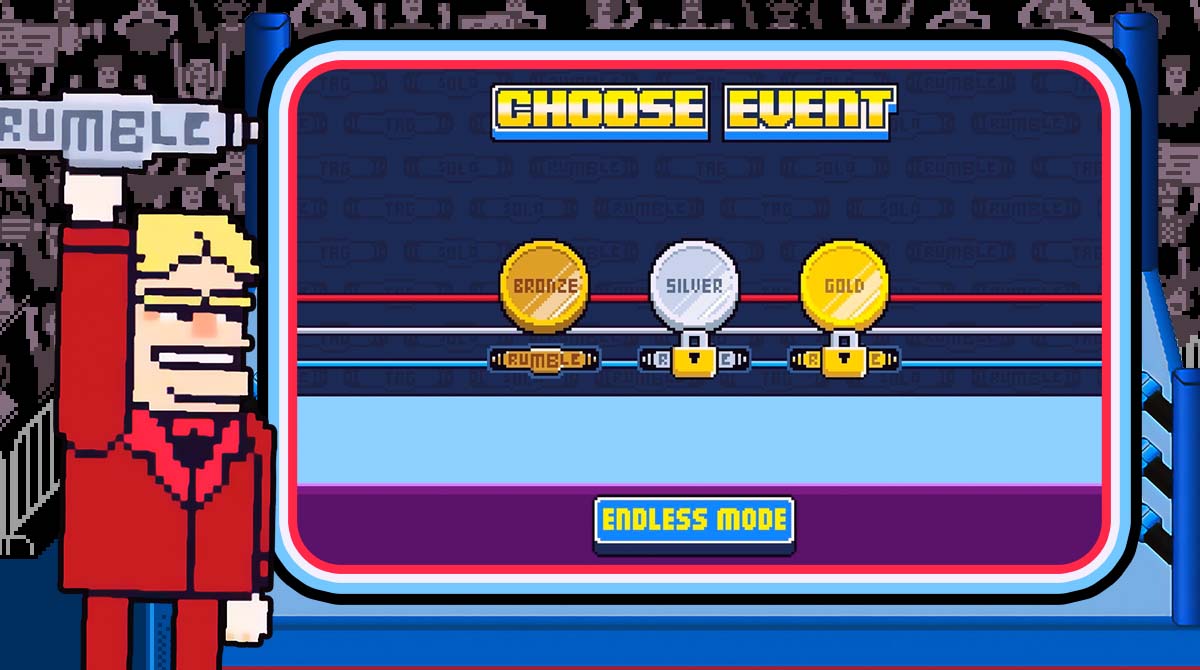 Use steel chairs, dropkicks, overhand smashes, and other moves to knock your opponent unconscious before taking them out of the ring. In Rowdy Wrestling, the goal is to be the ultimate wrestler in the ring. Rowdy Wrestling is a humorous Rock Em’ Sock ‘Em-inspired 2D wrestling game. There will be times during Rowdy Wrestling when tights-clad spectators toss chairs and other spectators around the ring. Being the last person in the ring is your goal at these times.

Rowdy Wrestling is an amazing fighting game with hilarious graphics and an enjoyable experience all around. The characters’ are also erratic arm spinning, and other motions are the best part of the show. That means anything can happen in the rowdy ring! To destroy your opponent and force them away from the ring, use dropkicks, slams, and, obviously, the steel chair.

The controls for Rowdy Wrestling are straightforward: on the left are two arrow buttons that allow you to move backward and forward, and on the right are buttons for jumping and attacking. Jumping while pressing the attack button will cause you to kick your opponent in the head with a flying kick, temporarily knocking him out of the game.

You can use this opportunity to knock them out of the ring or strike them while they can’t defend themselves. With that said, if you are new to this type of game, then there is one thing that you should consider for you to get ahead of the competition. One of the most important, if not basic is to become proficient in dropkicks.

Use the dropkick frequently since it causes the most damage. It will cause much more punishment if you can nail your opponent’s head with it, so dropkick from the side ring for massive damage. Not to mention that I t can also help you escape a tight spot if you are cornered (which will frequently happen in the Rumble mode).

Another thing about the dropkick is that your wrestler will launch forward feet first if you use it just after you leap off the ground. Your character will transform into a missile, hurling himself toward the nearest attacker. This can help you surprise and eventually catch your opponents.

You may even use it to surprise opponents who are attempting to dropkick your character. As you progress in the Rumble mode, you’ll discover that your rivals enjoy leaping into the ropes to attempt to dropkick you. If you’re quick enough, you can propel your character towards them and dropkick them off their feet, which generally results in them flying out of the ring.

If you are looking for other wrestling sports games, then feel free to download Wrestling Revolution and WWE Champions on PC! 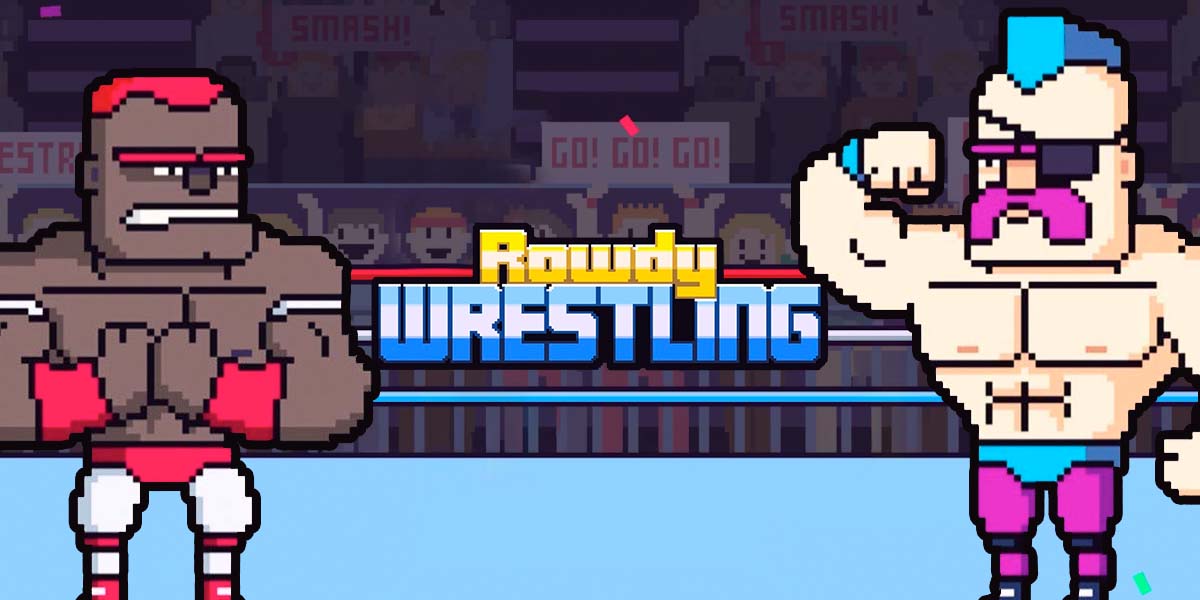 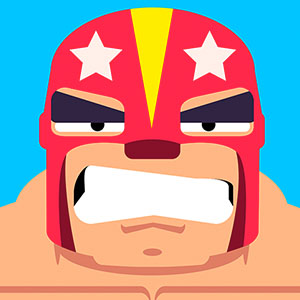 All Rowdy Wrestling materials are copyrights of Brad Erkkila. Our software is not developed by or affiliated with Brad Erkkila.