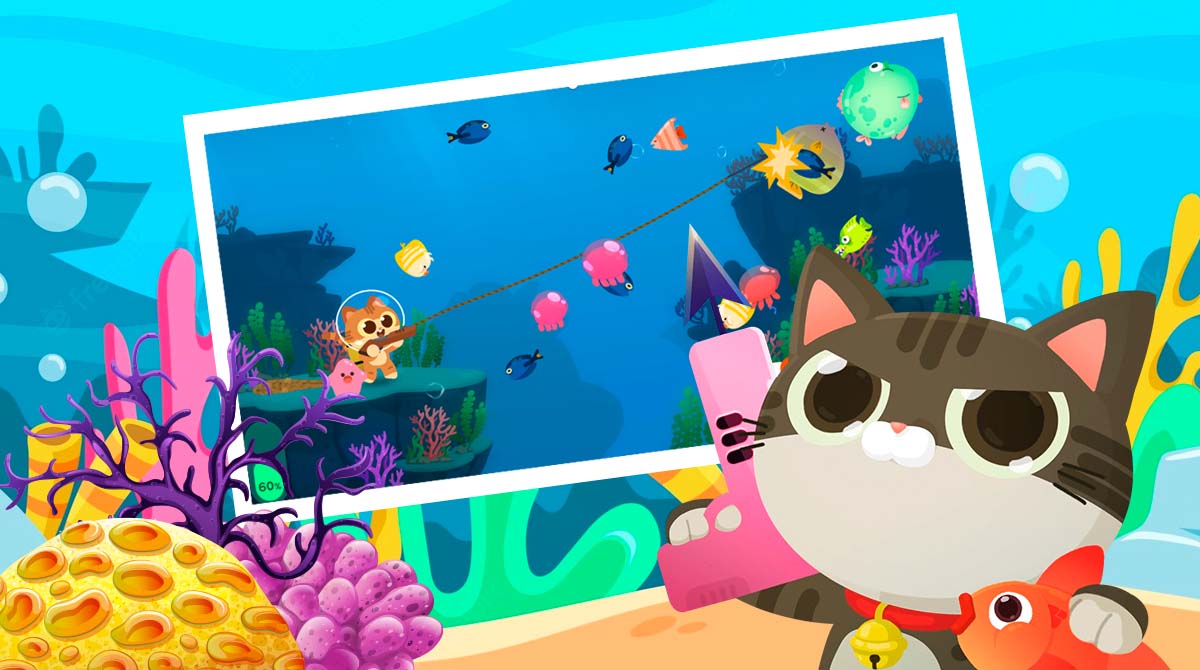 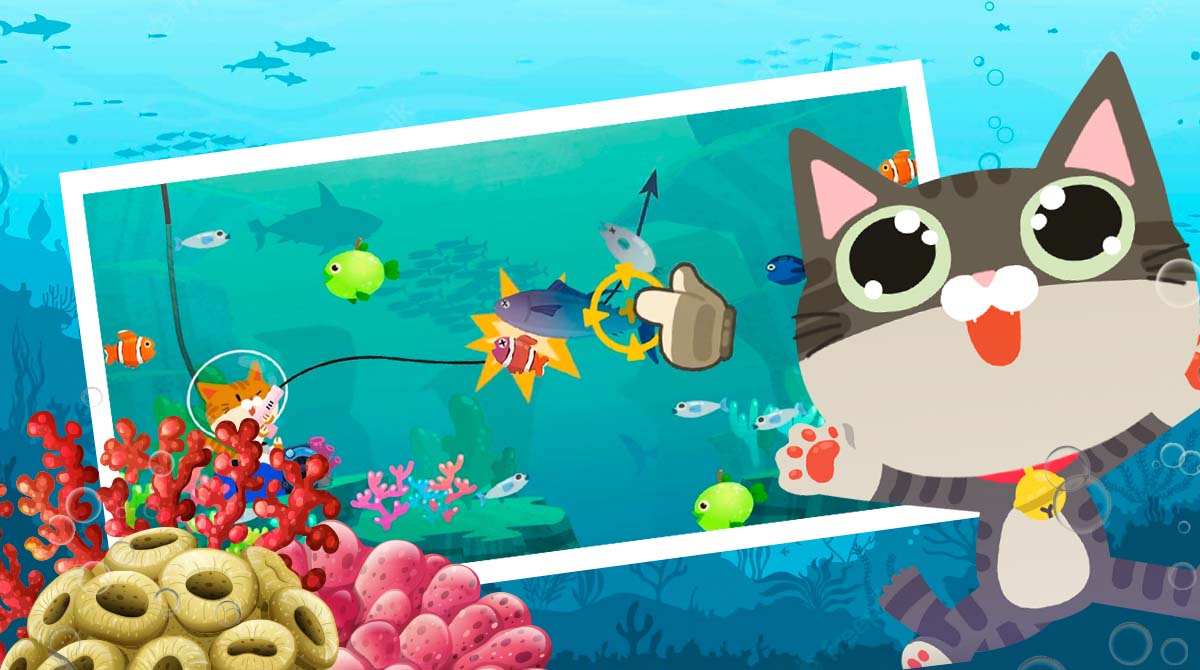 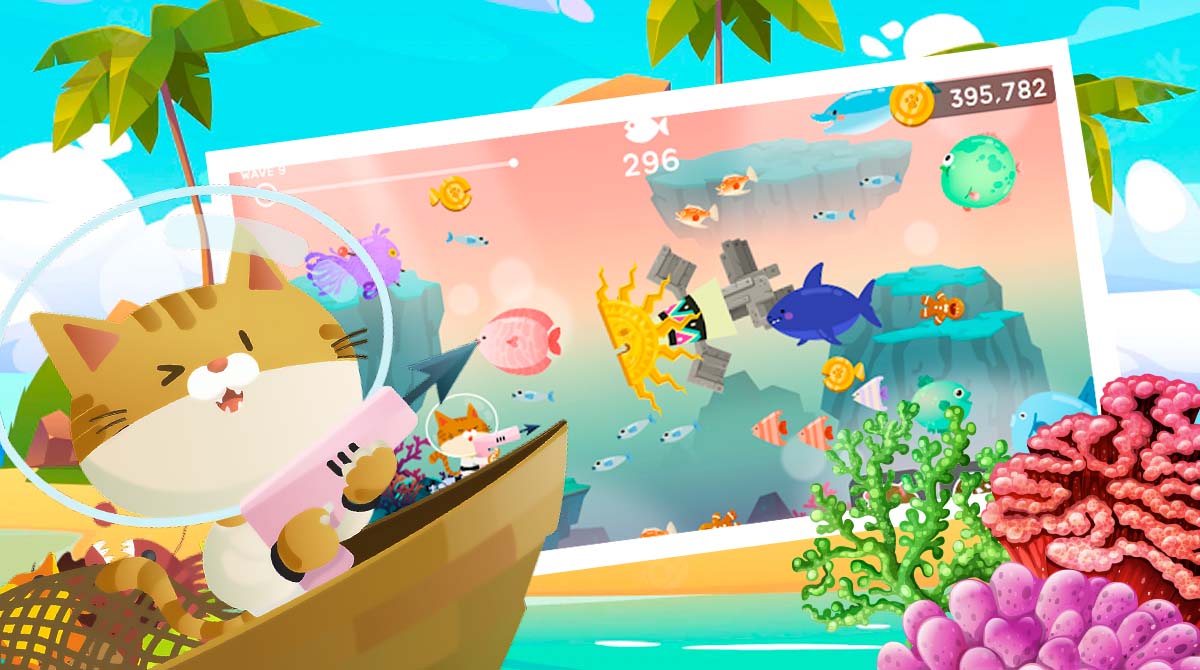 A straightforward but enjoyable casual smartphone game, Fishercat features charming graphics and amusing sound effects. When you’re an oxygen-starved cat with a harpoon, fishing has never sounded so good. Explore the vast oceans and exploit its riches in this highly downloaded game for the PC. So if you love fishing and adorable cats then this is the game for you. Say Hello to The Fishercat!

The game’s main focus is a cat who dives into the water to collect fish. A fisher cat, literally. The cat, however, uses a harpoon as opposed to a fishing rod. There isn’t much of a plot—just a cat and an ocean of fish.

The Fishercat’s gameplay is straightforward: your tiny fishing companion will take a boat to any of the archipelagos that encircle its floating residence. The sole island available at the start of the game is Coral Reef Island, which you must thoroughly investigate before moving on to the next coast. The cat will jump into the sea with its oxygen cylinder and harpoon as you arrive at your fishing location and the adventure will begin.

Fishercat has a modest amount of story, but there is still enough substance to keep you entertained for a while. There are currently seven fishing zones and five additional sections which are basically similar areas but with a tougher challenge. Each location boasts a collection of over 100 different types of fish. With so much cuteness and excitement going on in this game, all you need to do is follow the download instructions on this page to join in the fun.

Experience The Fishercat on PC

Like most casual simulation games, The Fishercat features a straightforward design to maximize accessibility. As soon as you open the application, the game triggers a cute intro featuring the game’s protagonist reading a letter from his buddy. After the brief intro, your character will descend into the deep to catch some fish. The game will also initiate the tutorial which will explain the basic mechanics and controls of the game.

The Fishercat is all about catching fish. With that said, you’ll encounter a wide variety of animals as you enter the deep sea. Examples of these aquatic animals include turtles, jellyfish, and other species of fish. Although each of these marine species is deserving of some sort of bonus, their worth varies. In contrast to an ocean sunfish, which is worth 150 points, a common fish, for instance, is only worth 20 points.

Additionally, be aware that because each fish travels at a different pace, you will need to utilize your harpoon in each trajectory differently. For people who enjoy fishing or who just want to have a blast fishing with a mischievous cat, The Fishercat is the ideal game.

Check out these brilliant features:

Play Tides A Fishing Game and Fishing Diary for PC for more fishing simulation games. Other than that, feel free to check out the categories tab for more video titles by genre. 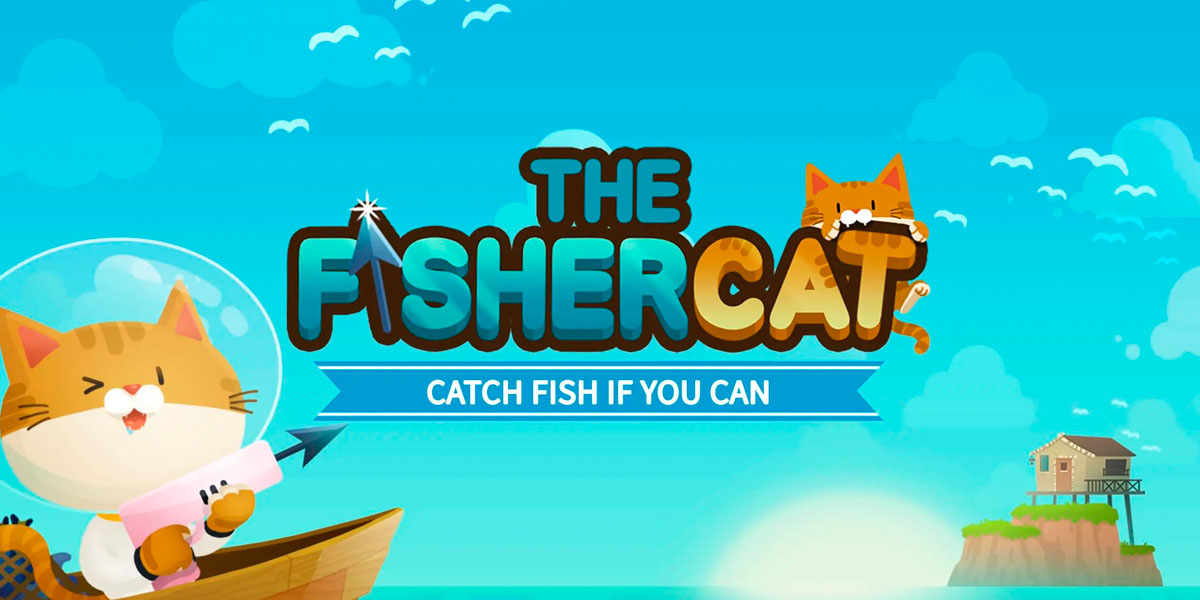 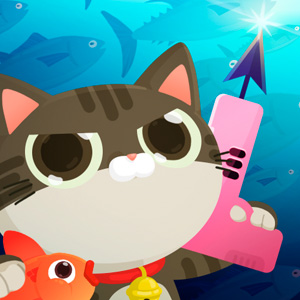