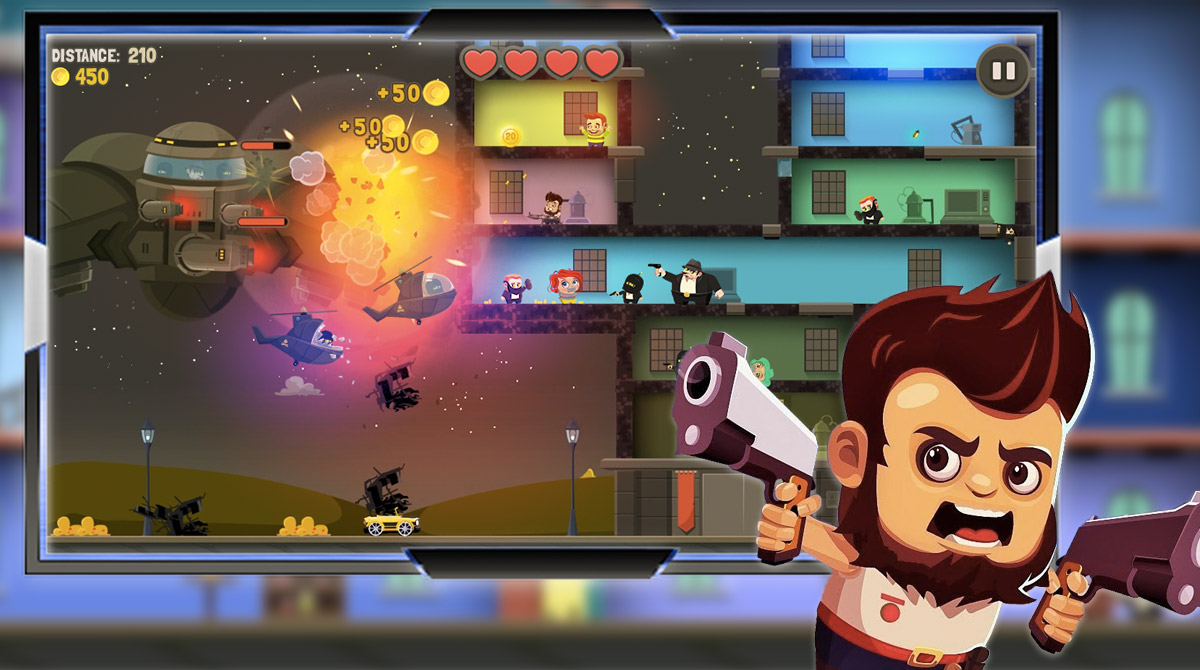 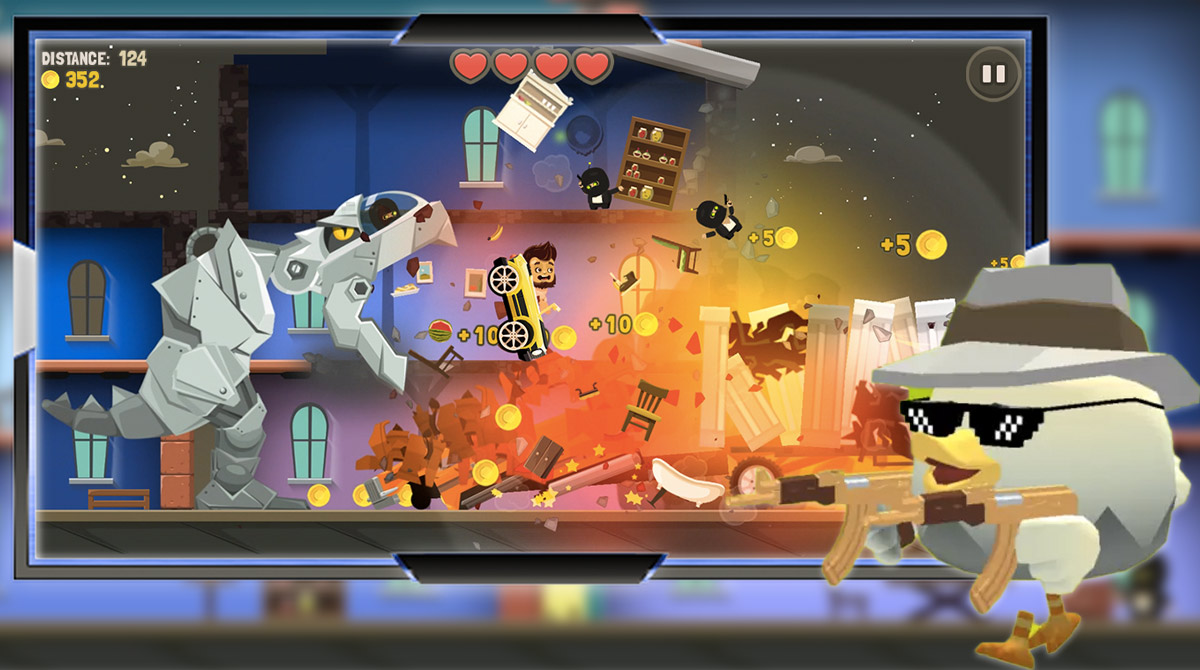 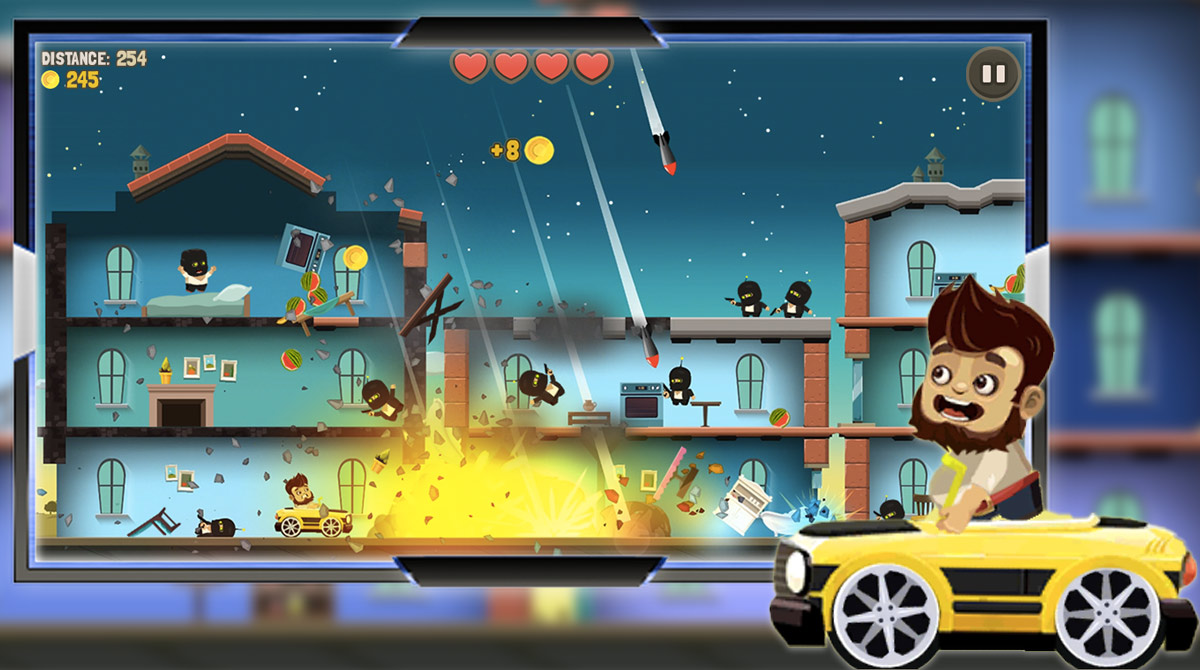 The world is being invaded by aliens who took on the appearance of mobsters. Now, it’s up to you to stop them and save the world. This is the story of the action shooting game Aliens Drive Me Crazy. Published by Rebel Twins, it’s a fun 2D side-scrolling game where you get to drive cars and use it to kill aliens that you come across. You also get to enter buildings, save hostages, and destroy the aliens’ device on top of it.

Overall, this action game is a fun and interesting game that you will enjoy playing. If you’re curious to know how exciting and interesting it is, continue reading as we discuss its gameplay.

Learning the Gameplay of Aliens Drive Me Crazy

When you first start playing Aliens Drive Me Crazy, there will be a short comic strip that shows how the situation began. After that, you’ll get a short description of what you can do while you’re in your car. Your car will ram anything on its path, including houses. You can press the up arrow key to jump to reach the higher levels of the house. Once you’re at the higher levels, you can press the down key to go back down.

While in your vehicle, try to kill as many aliens as you can while also collecting coins and other items. When you reach the building, your character will get out of the car and enter the building. There, you will kill all alien enemies, save the hostages, and destroy the aliens’ device on the roof. For this part, the controls are the same. But this time, you can press the left key to make your character face left or right to face right. That is how you’ll control where your character will go.

Your character also holds a weapon that he will use swiftly when there’s an alien in his sight. Bullets will also drop from aliens after you kill them, so make sure to pick them up. Aside from aliens, you’ll also deal with helicopters that will destroy you. Just watch out for their rocket launcher, and you’ll be good.

Moreover, there are many different districts that you need to save. But as you progress further, the game becomes more challenging. That’s what makes it a fun and awesome game that’s worth downloading and playing.

If you’re looking for other action games to play, check out Zombie Age 3 or Boom Karts. They’re both action-packed games that you will have fun with. They’re also available for free, so try them out. 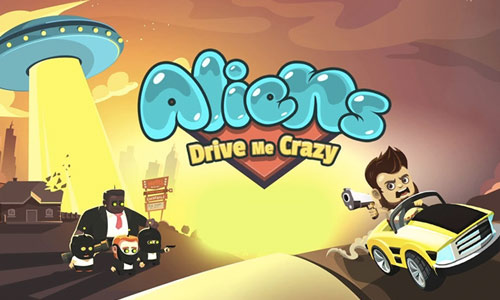 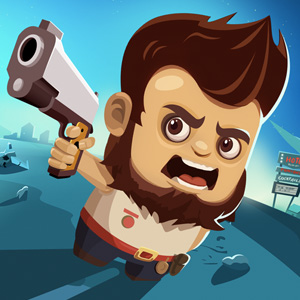 All Aliens Drive Me Crazy materials are copyrights of Rebel Twins. Our software is not developed by or affiliated with Rebel Twins.