Are you familiar with the iconic anime or manga hero called Saitama? Well, you can actually play as Saitama through the fantastic creation of Oasis Games Limited – One Punch Man Road to Hero 2.0. Here, you need to develop a powerful team of heroes to help you defend the world from evil forces. You’ll be set with various heroes, supervillains, and monsters. So let the One Punch Man Road to Hero 2.0 Tier list give you the most powerful heroes up to the weakest heroes in the game.

This idle gacha role-playing game was derived from the original anime and utilized the Japanese voice casts, making the game more exciting anticipating for One Punch Man fans. It’s one of the best RPGs where you must create your formidable team. Therefore, it’s best to familiarize yourself with the strongest to weakest heroes. So without further ado, let’s take a look at the tier list now.

In this One Punch Man Road to Hero 2.0 Tier list, all characters are listed and grouped according to their respective tiers, such as SS, S, A, B, and C. Tier SS heroes are known to be the mightiest. On the other hand, C is composed of the worst ones.

Here are the heroes according to their tier.

The Team SS – The Dominating Heroes

In this tier, you’ll find the most compelling heroes in One Punch Man Road to Hero 2.0. Using Tier SS heroes can help you overcome fights easily. So here are the heroes under Tier SS;

The Team S – The Capable Heroes

If you haven’t gotten the chance to obtain any of the Team SS heroes, you can alternatively settle with the S Tier heroes. Even though these heroes are not as substantial as the SS characters, they can still withstand any battles with their powerful capabilities. Here are the S-tier heroes;

The Team A – The Average Heroes

If you’re having trouble obtaining SS and S tier heroes, you can consider Tier A heroes instead. Though these heroes are not as dominating as the characters above, they can still be part of your ultimate team. Of course, you need to upgrade them simultaneously. Here are the heroes under this tier; 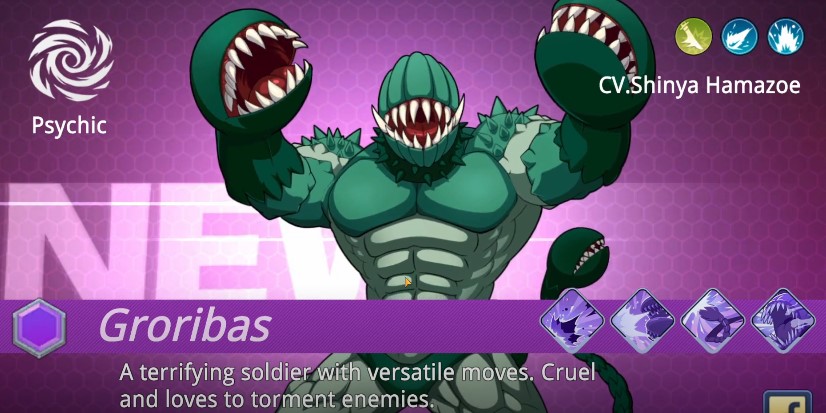 The Team B – The Decent Heroes

If you can’t manage to obtain the heroes above, you can use B heroes in the meantime. These heroes are not highly recommended, but they can still dish out your enemies in the game with proper use. However, you better replace these heroes if you’re given a chance to obtain more powerful heroes. Here are the B-Tier heroes;

The Team C – The Least Heroes

If there are the strongest heroes, then there are also the worst heroes in One Punch Man Road to Hero 2.0. And if you don’t want to win your battles, then you can settle using these heroes. But if not, then you must try your best to replace them right away. Here are the C-Tier heroes;

To give you a quick background of some heroes in One Punch Man Road to Hero 2.0, here is a brief rundown of information about some of the characters in this game;

Boros is known as one of the Team SS heroes, and his leading role is to bring damage over time. His secondary role is Tank, and he’s acclaimed to be the most vigorous hero in One Punch Man Road to Hero 2.0. Furthermore, this hero can hit his enemies with his powerful attacks.

This incredible hero can penetrate the attacks of his enemies so that he doesn’t lay hold of any type of damage. At the same time, allowing him to survive the battle for a longer time. Aside from Boros’s ability to absorb attacks, he’s also equipped with a skill that enables him to remove the debuffs from him.

Like Boros, Metal Bat is renowned for being a Tank in One Punch Man Road to Hero 2.0, and his secondary role is Burst Damage. With his attacks, he can provide 120 to 150 damage and has the ability to restore ten health points. If you’re creating a powerful team, you better not have second thoughts about adding Meta Bat to your team as he deals more damage to the enemies.

Metal Bat is famous for being both a tank and a damage dealer. When it comes to utility, you can depend on this hero. So if you’re looking for a high-end tank for your team, you better not miss having Metal Bat for your ultimate team.

Mosquito Girl is an S-Tier female hero renowned for its Group Attack role. Similar to Boros and Metal Bat, this hero is also known as a tank and provides AoE damage to her enemies and silences them. With these skills, she can quickly target her opponents and deploy her skills. If you wish to maximize your Mosquito Girl, it’shighly recommended having support heroes on your team.

So, there you have it! We hope this One Punch Man Road to Hero 2.0 Tier List helped you create your ultimate team in this awesome role-playing game. For more updates and information, stay tuned here in EmulatorPC.

Archero Best Bracelet – Strengthen Your Hero with a Potent Bracelet

Phobies Tier List – Getting to Know the Best & Weakest Monsters

Time Defenders Tier List – The Best Units in Each Class

Kiss of War Review – Is this Game the Real Deal?

Plague Inc. Tips – Every Player Must Know to Progress Successfully