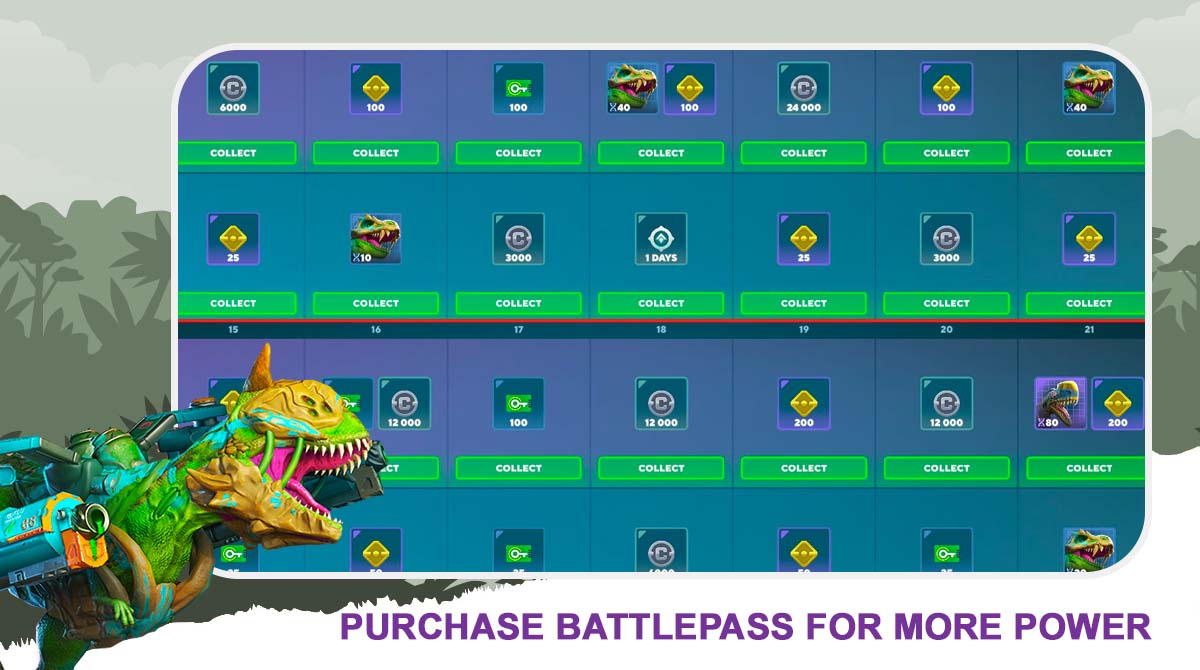 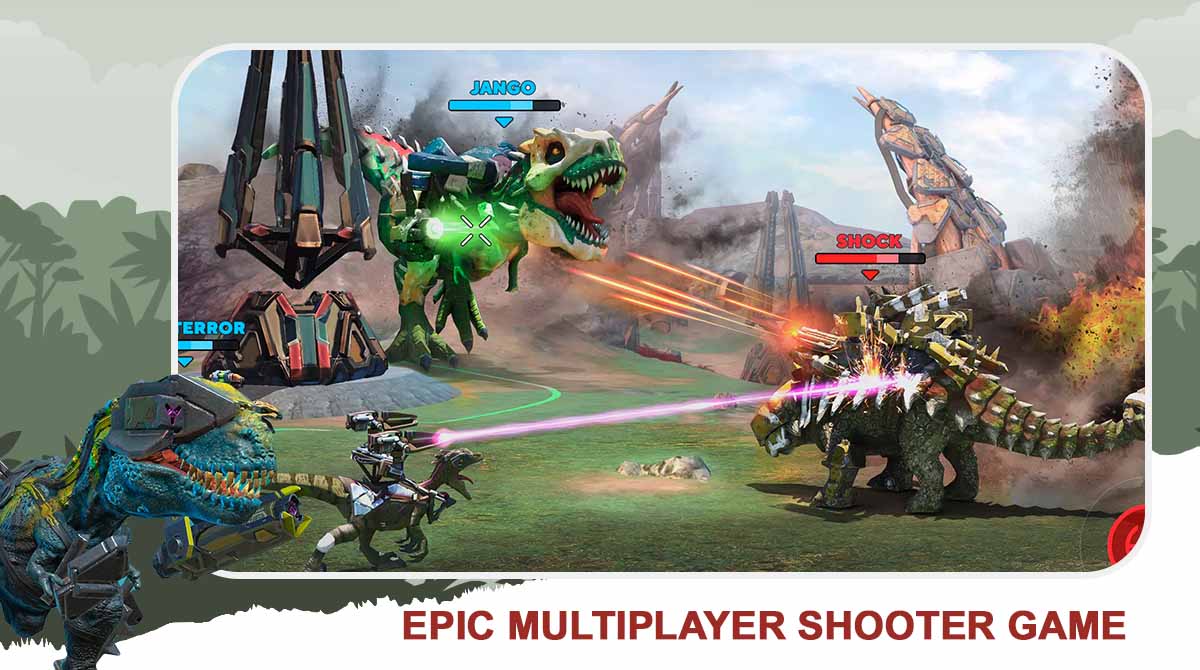 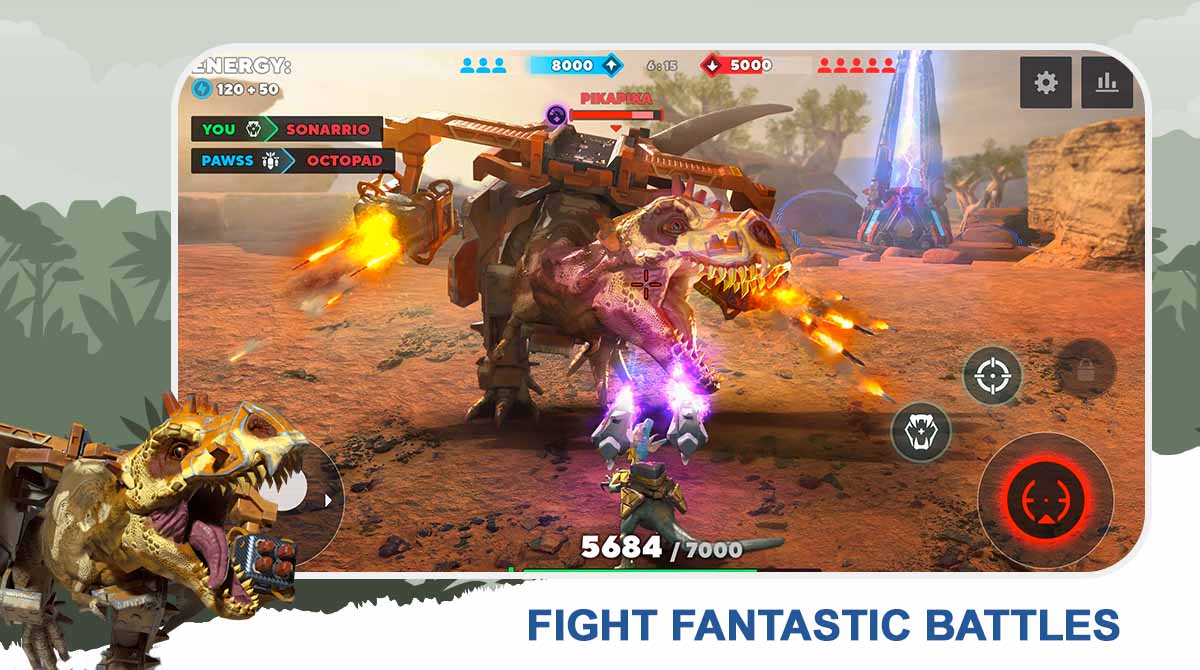 It’s time to embark on a Jurassic adventure with Dino Squad. The best dinosaur-themed PvP action game is now on PC. Get ready to explore a new world that you have never seen before. You play as the supreme dinosaur in this enthralling multiplayer shooter. Take on obstacles, traverse the Jurassic planet’s environment, and engage in epic combat! Dino Squad is an action-adventure game with elements of strategy. Players will be embroiled in violent battles among dinosaurs to defeat all opponents. This is how you’ll demonstrate that your team of prehistoric reptiles are the fiercest and strongest beasts in the game.

You’ll test each dinosaur’s skills throughout the PvP battles. You can increase the number of dinos on your squad by using the points you earn while playing. Additionally, the more capable your team is, the more chances you’ll have to defeat your adversaries. There are various maps in Dino Squad where the fighting will occur.

You will always be able to see every dinosaur in wonderful detail because of the images’ excellent design. You may maneuver each fighter using a joystick, making the controls quite straightforward. You’ll also have attack buttons that you can use against your competitors.

Right off the bat, Dino Squad will take you to the main title page that houses the features and other elements of the game. Though initially, it may be difficult to choose from many dinos, you will soon identify your favorites. Get accustomed to your starter dinos since you’ll be using them for a while since it takes some time to acquire the remaining ones.

Throughout the game, status bars will appear to help you keep track of the health of the player’s dinos and opponents. This is undoubtedly an action-packed game where players get the opportunity to compete against exceptionally talented and strong opponents.

Every dinosaur has a unique playing style; small dinos, due to their small size and agility, can move fast into and out of danger. They not only move quickly but also have a lot of power. The powerful shotgun that the starting dino, the Reaver, carries can rip through foes at close range. But small dinos possess relatively little health, so they must always be in motion to survive.

The medium dinosaurs concentrate on general attack and defense and have supporting skills. While Archon is an aggressive sniper who may aid secure control points by taking out enemies from a distance, Primarch is a slow-moving fortification that does not inflict much destruction but can withstand a lot of punishment.

Massive dinosaurs with a ton of weaponry are known as giant dinos. They are vulnerable to being outnumbered because of their narrow range, poor movement speed, and high health and damage.

If you love dinosaur-themed action games, then you should check out Dino Tamers and ARK Survival Evolved. 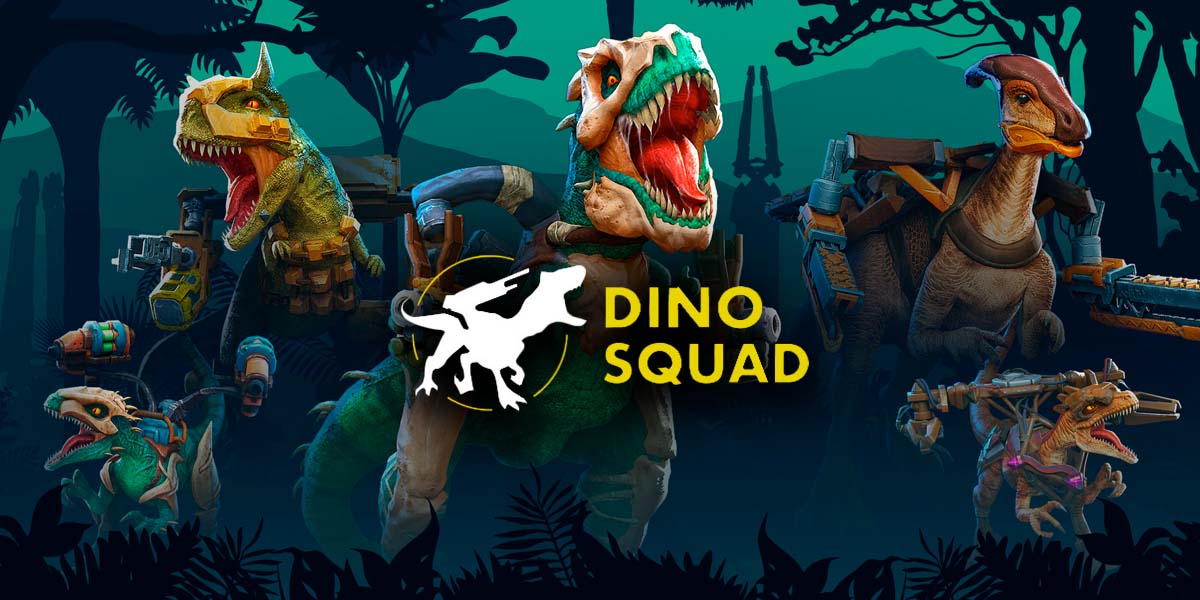 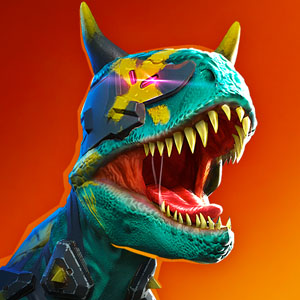 All Dino Squad: Dinosaur Shooter materials are copyrights of UPWAKE.ME. Our software is not developed by or affiliated with UPWAKE.ME.