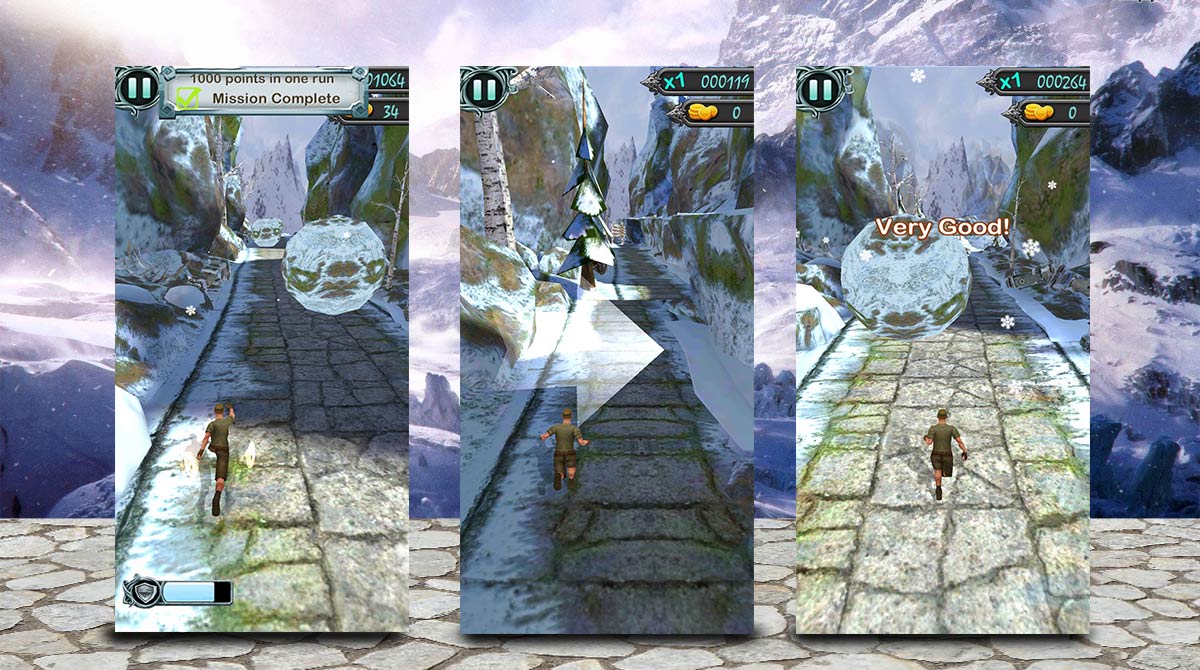 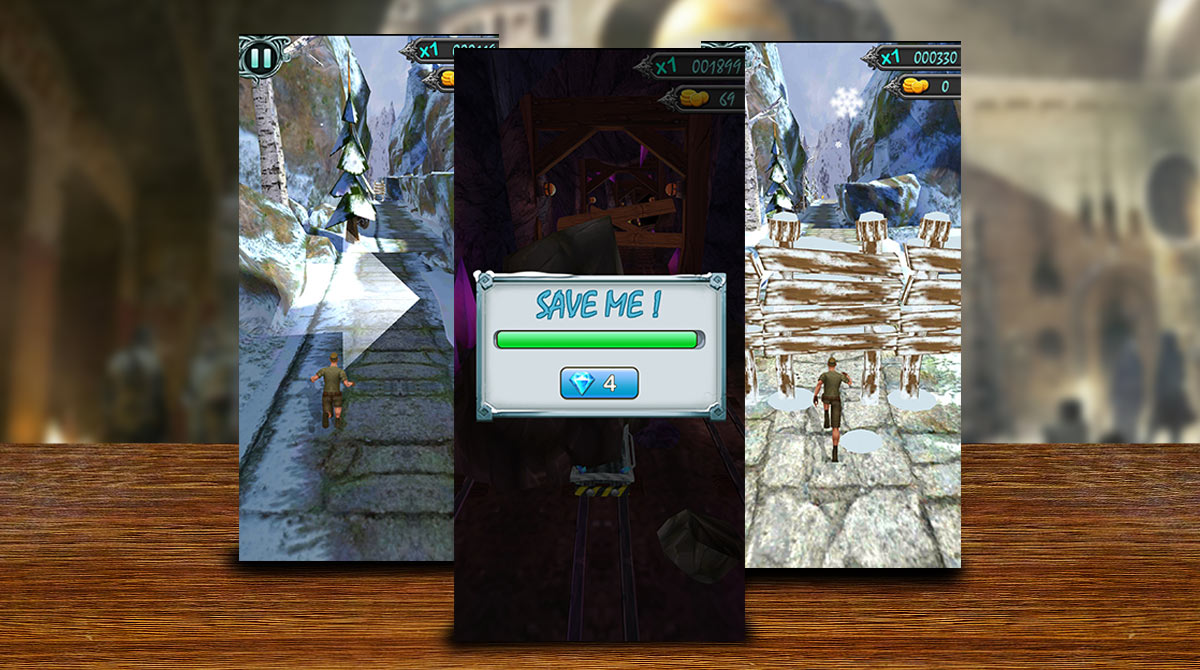 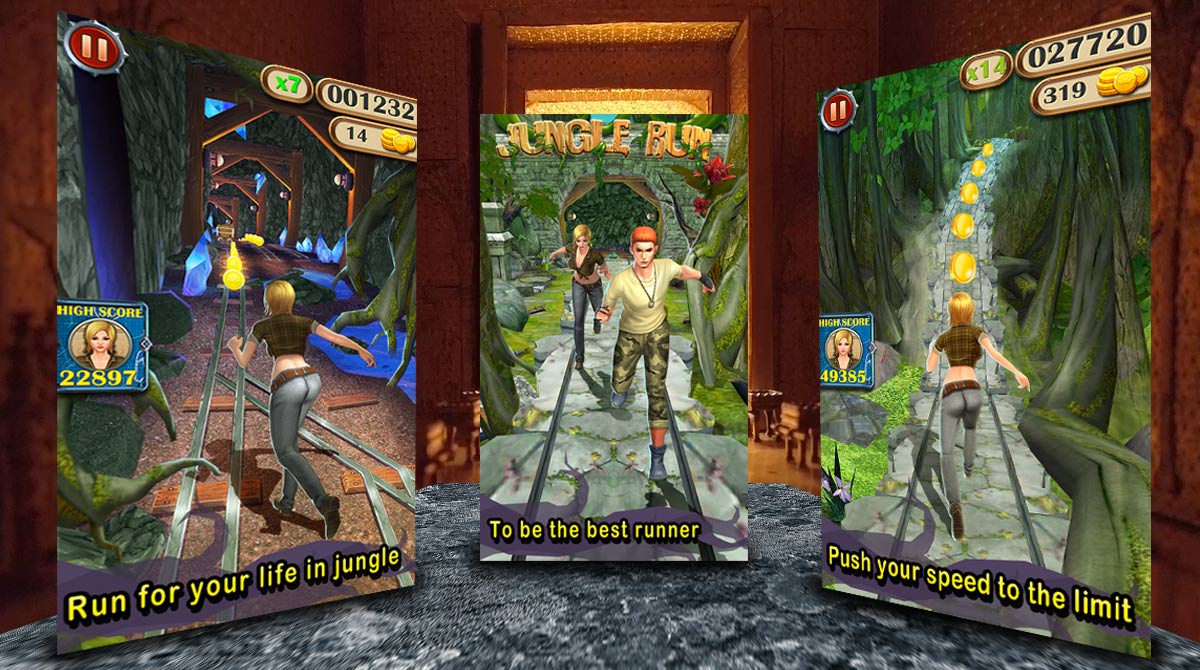 Endless runner games are always fun to play because of their simple yet challenging gameplay. One such game that you’ll enjoy is Jungle Run. It’s an endless runner action game published by FIRE STU. This game features many of the things that you enjoy about runner games, plus many more. Additionally, it’s a game that’s more in tune with the classic runner compared to the modern runner games available.

Jungle Run PC Game is just like any other runner game available. Your character will automatically run forward, while you make them jump, slide, or switch lanes to avoid obstacles. You get to run as much as you can, as long as you don’t get stopped by any obstacles. There are even coins available for you to collect, so it provides the typical gameplay of an endless runner.

But you will enjoy that this game is more like the classic runner games with its graphics. Instead of city or streets, you get to run on ruins and lost temples. But what you will enjoy about this game is that it’s more challenging than the typical runner games. It’s because there will be random obstacles suddenly appearing. As you run, there will be pillars or trees suddenly falling, which adds an obstacle.

There might also be a landslide, which can change the obstacle you need to overcome. Instead of jumping, maybe you need to slide. It’s an interesting addition and does make the game challenging.

Getting Started with the Endless Runner Game

In terms of gameplay, there’s nothing different about Jungle Run. You play it like the other endless runner where you can jump, slide, and sidestep to a different lane. You also get to collect coins along the way. Coins, though, play an important role here since you can use them to unlock other characters. Another thing you’ll enjoy about this game is its ranking system.

You get to earn points for every run that you do. And your points will be compared to the points of other players. Therefore, giving you more motivation to do well, especially if you want to be at the top of the rankings. It’s a great game that you’ll enjoy, so get the Jungle Run Game Free Download now.

Do you enjoy playing action games like this one? Then try playing Temple Run, the endless runner that started it all. You should also check out Subway Princess Runner, a more modern take on the endless runner game. You can get these games for free here in EmulatorPC. 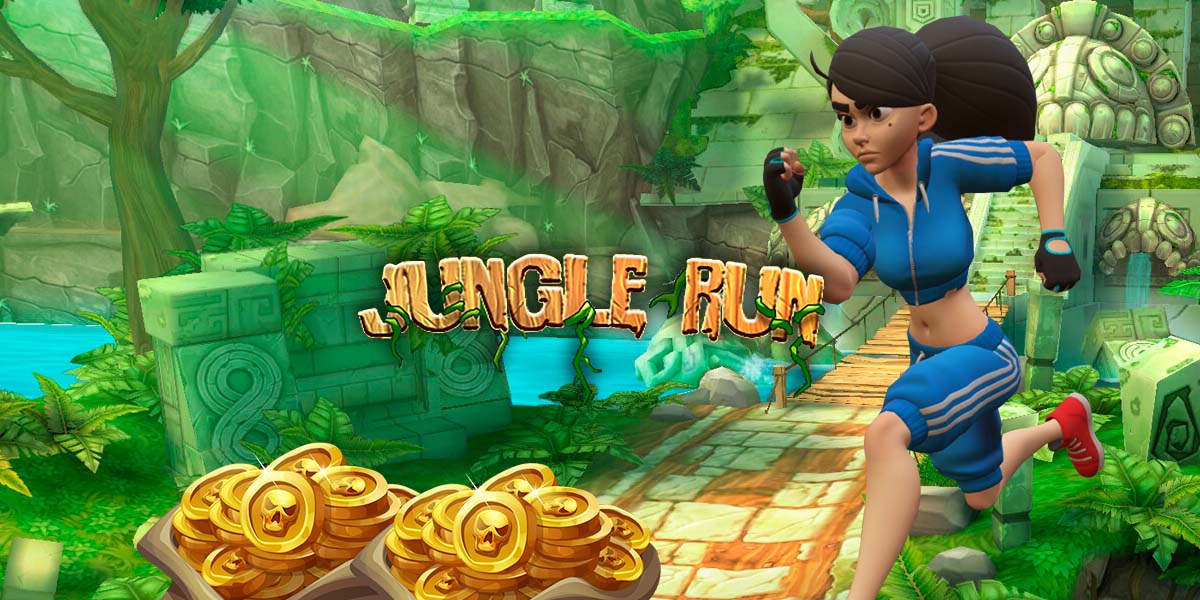 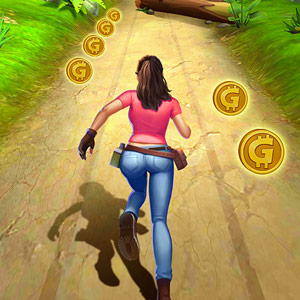 All Jungle Run materials are copyrights of FIRE STU. Our software is not developed by or affiliated with FIRE STU.