Talking Tom Hero Dash - Defeat the Rakoonz To Save Your Friends 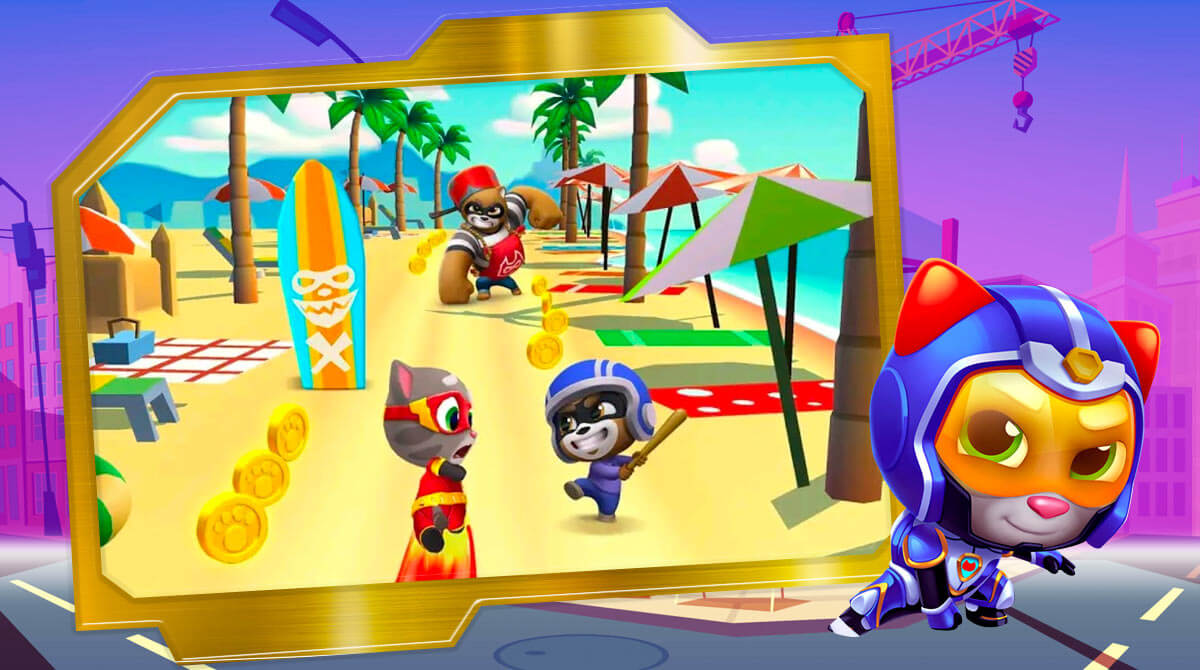 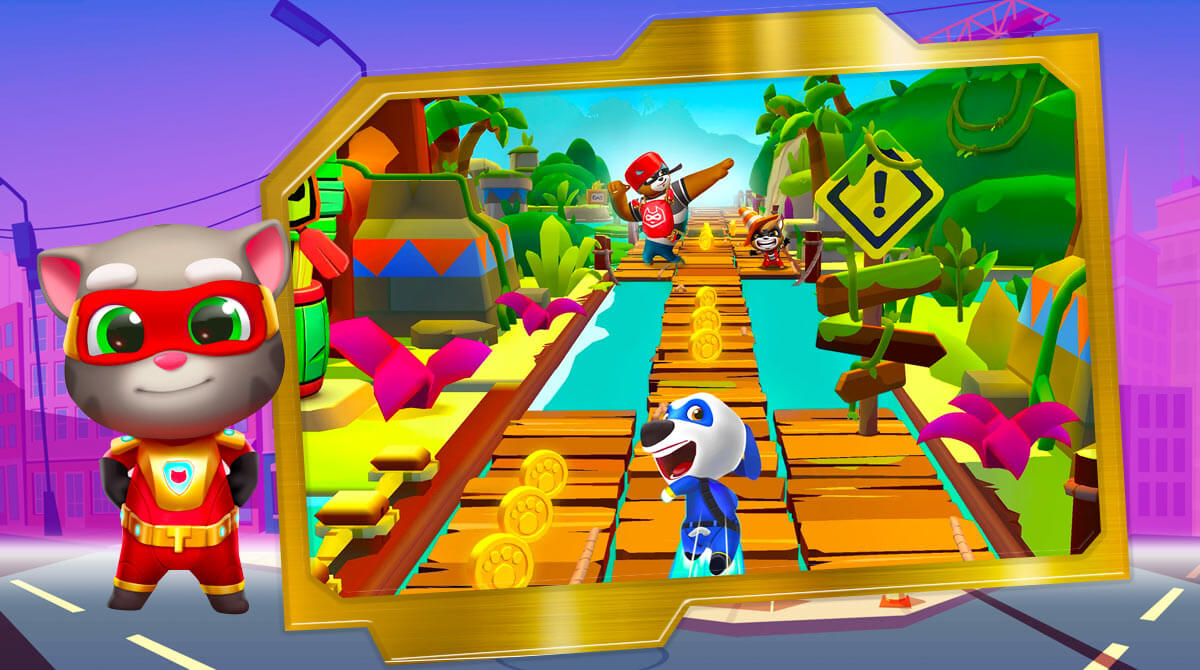 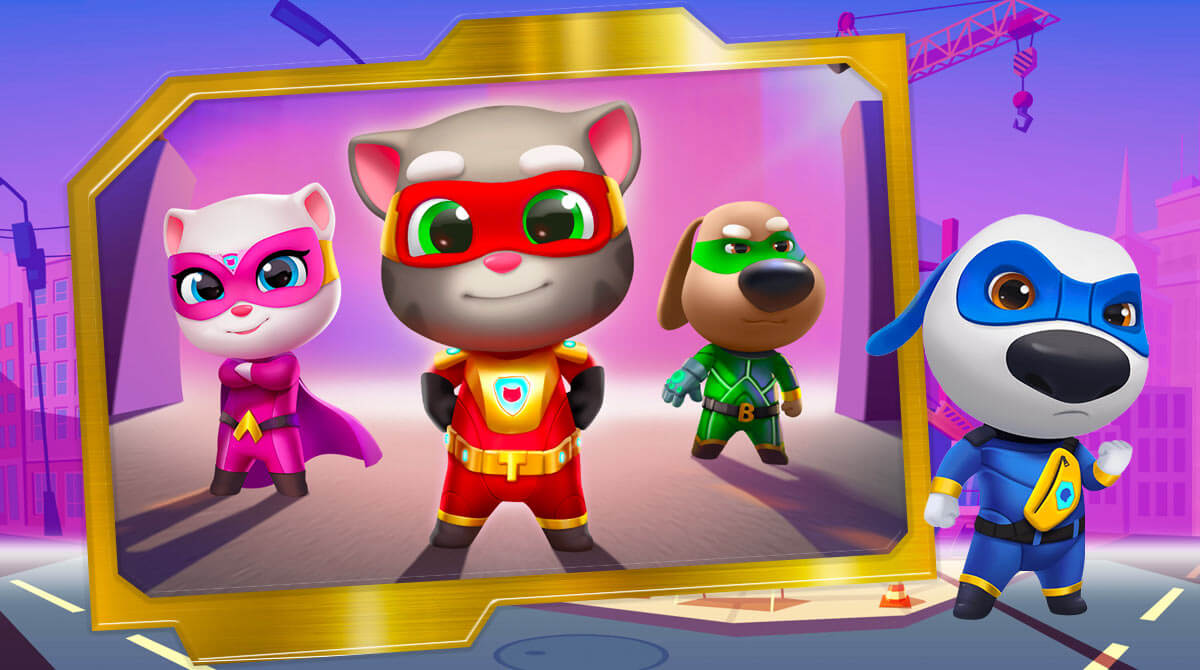 Are you familiar with the famous virtual pet named Talking Tom? He is a humanoid cat who can mimic your expressions and gestures. Now, you can interact with him in a more dynamic game that enables him to be a hero. If you want to know more about this game, you should play Talking Tom Hero Dash. This action game takes you to the other side of Talking Tom and what kind of friend he is. If you want to experience the adventure, try out this fantastic game. Help Talking Tom Save His Friends

Talking Tom Hero Dash is an adorable action platformer game published by Outfit7 Limited. This game lets you know the other heroic side of Talking Tom. As you know, he is this adorable cat who can mimic what you said. It is in his charming stare that he mimics your expression when you know about him. But that’s not the only thing he can do because he is the hero in this action platformer game.

Your role in the game is to play Talking Tom to save his friends from the monstrous Rakoonz. This evil group has kidnapped Angela, Ben, Hank, and Ginger. Facing them requires your agility to dodge different obstacles. With your dashing power as Talking Tom, run through obstacles to defeat the Rakoonz. Explore different places and challenges as you save your friends from your enemies.

Talking Tom Hero Dash immerses you in an action platformer gameplay experience. In the game, you play as Talking Tom, a beloved and mischievous cat. You must run and jump through various environments to rescue your friends from evil Rakoonz. The game features different levels set in different locations. They include city streets, forests, mountaintops, and other places.

You’ll encounter various obstacles and enemies as you progress through the game. Your goal is to avoid and defeat them to reach the end of each level. To help you on your journey, you’ll be able to collect coins and power-ups that grant you temporary abilities. Such abilities are increased speed, stealthiness, or even invincibility.

You can also unlock new outfits and accessories for Talking Tom by completing certain objectives. You can also purchase them with the coins you’ve collected while running. In addition to the main campaign, Talking Tom Hero Dash includes side missions and daily challenges. It provides additional gameplay and rewards. There are also special events that offer unique challenges and rewards for a limited time.

Play Talking Tom Hero Dash to embark on an interactive platformer adventure. If you want more action games, download them here in EmulatorPC. You will also like Vegas Crime and Platform Panic. 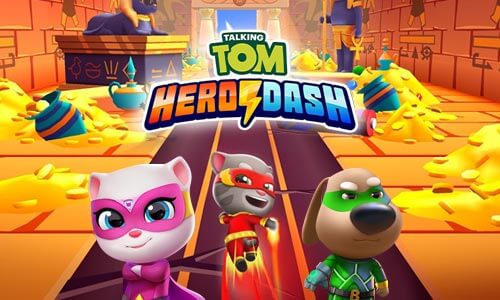 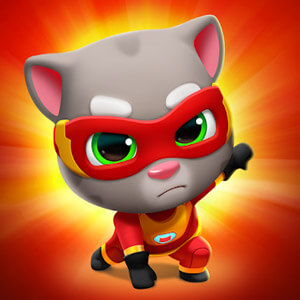