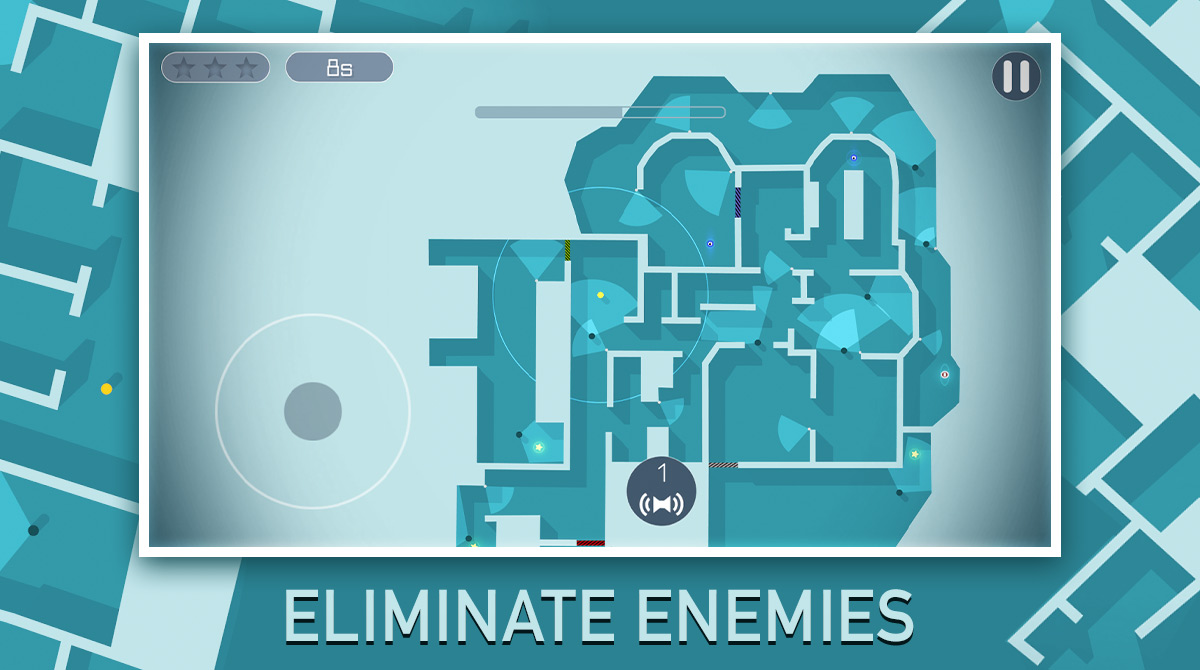 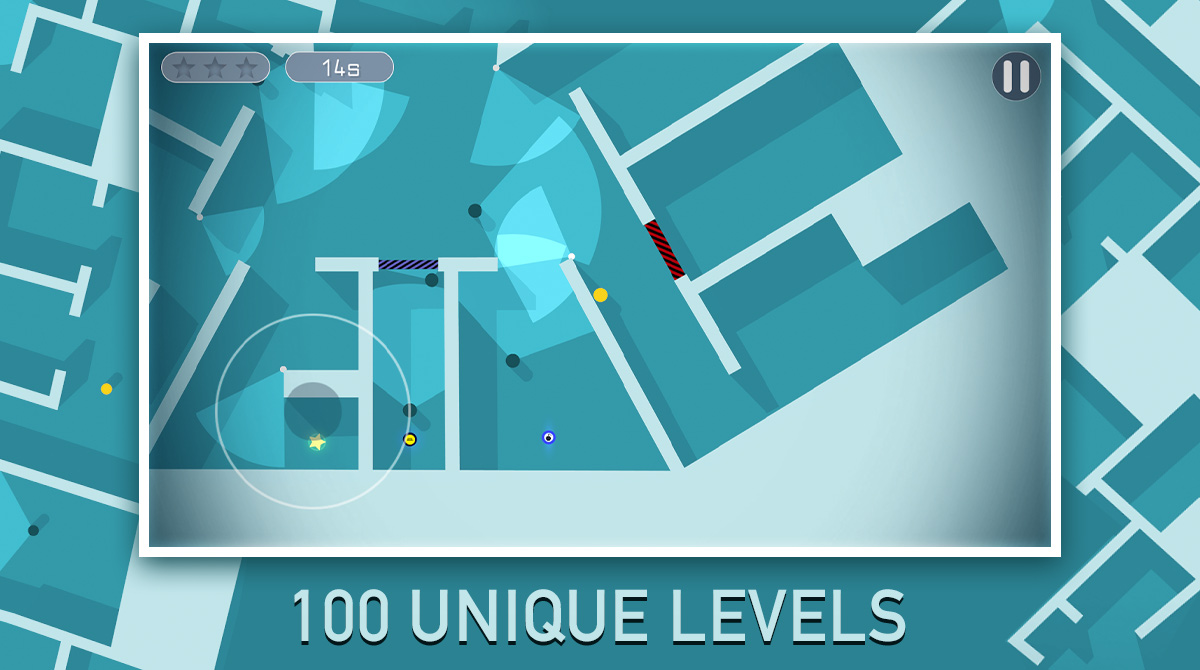 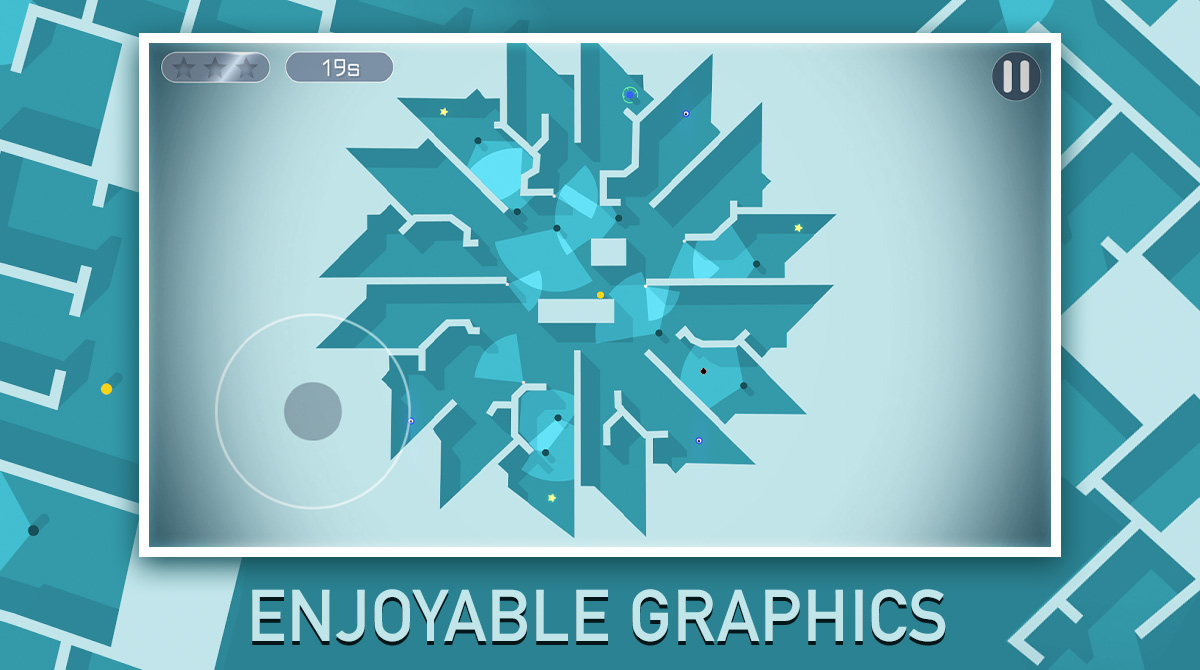 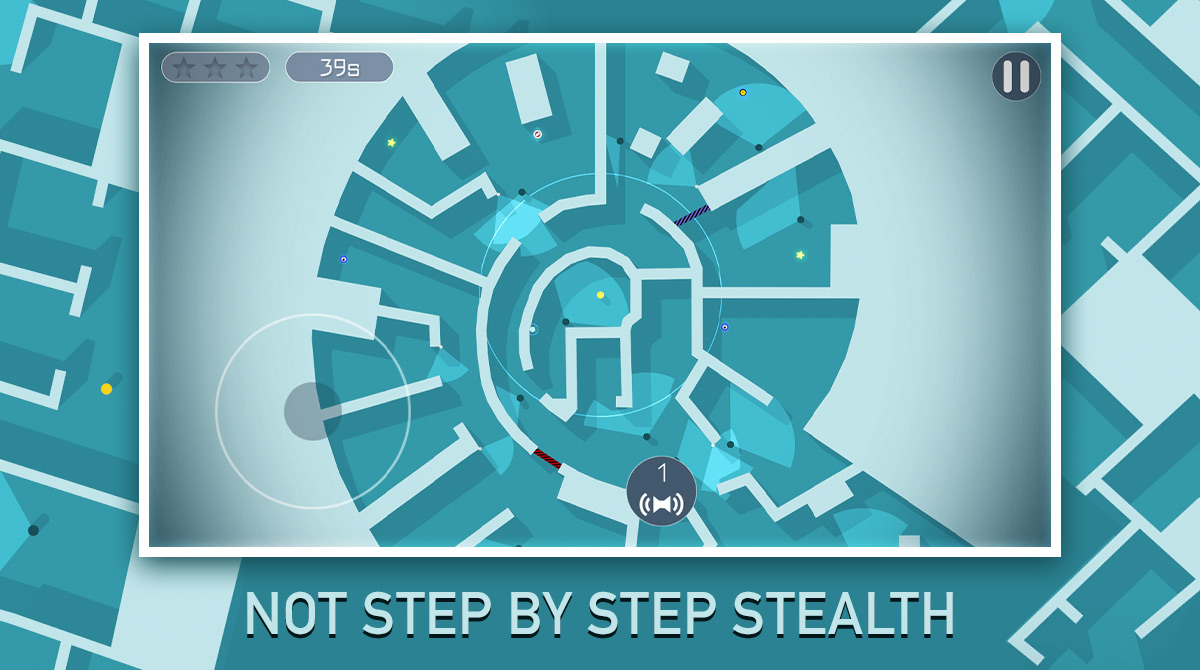 Are you fond of playing stealth games? Do you enjoy doing sneaky actions like hiding to surpass a level? Well, let’s test your stealth with Stealth – hardcore puzzle. Just like the usual stealth games, your sneaky actions play a significant role in each level you take. Published by QRENTER, this puzzle game offers a mixture of simplicity and complexity that requires you to be quick and sharp to fulfill each level. There’s no such thing as fighting against the enemies. However, you need to do whatever it takes to ensure your survival and meet the end of the level.

As you play Stealth, don’t expect loads of visuals, such as playable characters or breathtaking backgrounds on each level. Here, you’ll take the role of a ball that will sneak into a simple maze filled with guards and items to loot. Your goal is to prevent yourself from being detected by the guard or stick to them and try your best to reach the end of the maze. Moreover, your actions are indispensably crucial to your progress in playing this puzzle game.

In Stealth, you need to be sharp, quick, and sensitive with your movements in order to meal your goal in each maze you take. Take note that there are 100 distinct levels you can take, and each level depicts a different level of difficulty to surpass. Also, there’s no such thing as step-by-step stealth; your progress depends on your disposal.

Your Journey as a Sneaky Ball

Aside from sneaking or hiding against the security guards, you can use sound bombs and other interesting abilities to eliminate the guards if it happens that you are stuck in a certain part of the maze, and there’s no way out. That way, you can eradicate your enemies in a more effective manner. Additionally, as you notice while playing this puzzle game, there are various objects dispersed around the maze that can heighten your ability as a stealthy ball. There are loads of possibilities to pass any kind of level, and it’s for you to find out!

Are you ready to roll the sneaking ball and surpass all levels successfully? Well, you better spare some of those stealthy skills as we’ve got loads of puzzle games here in EmulatorPC. You can play Punball and Stray Cats Doors2 on your PC for more options. 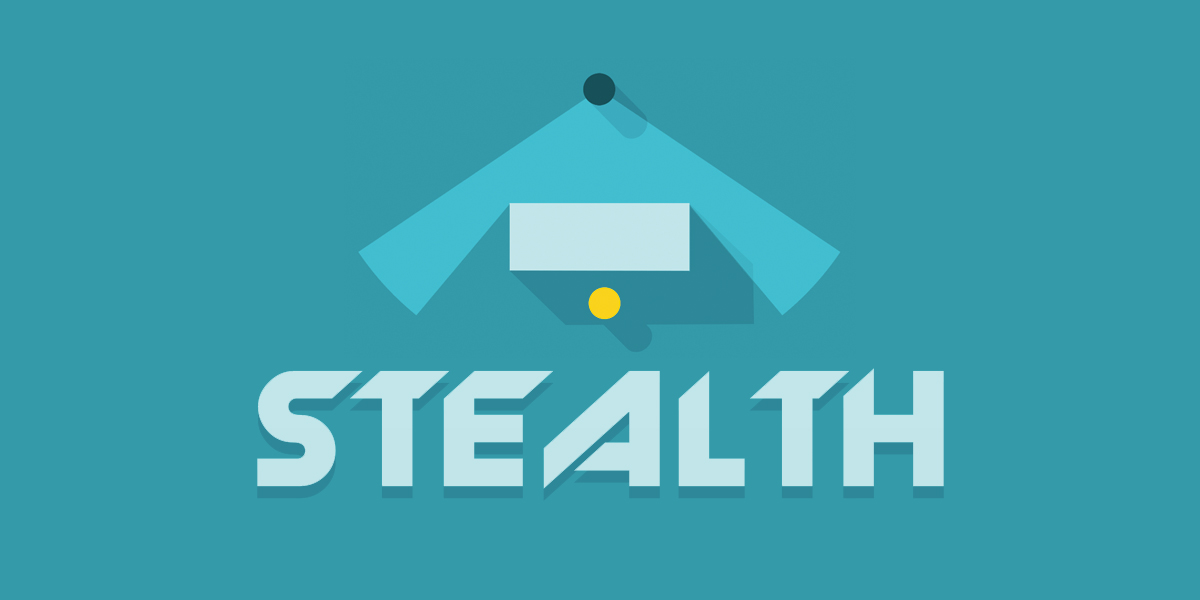 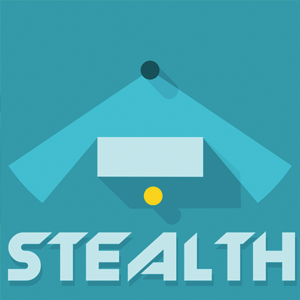 All Stealth – hardcore puzzle materials are copyrights of QRENTER. Our software is not developed by or affiliated with QRENTER.