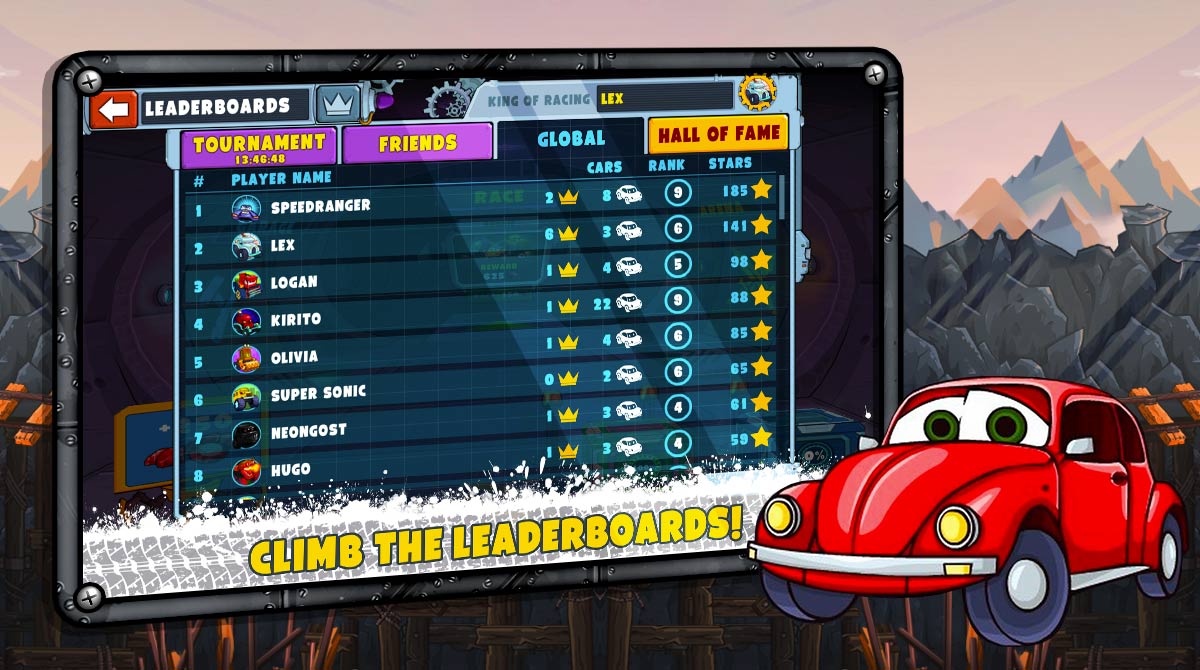 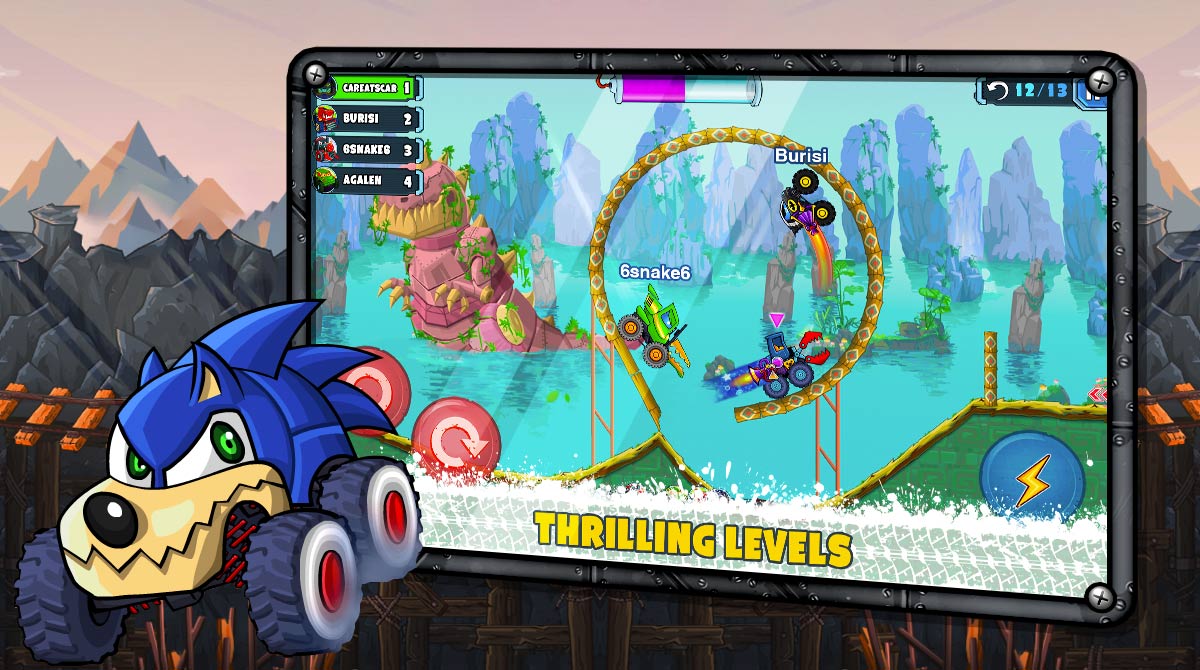 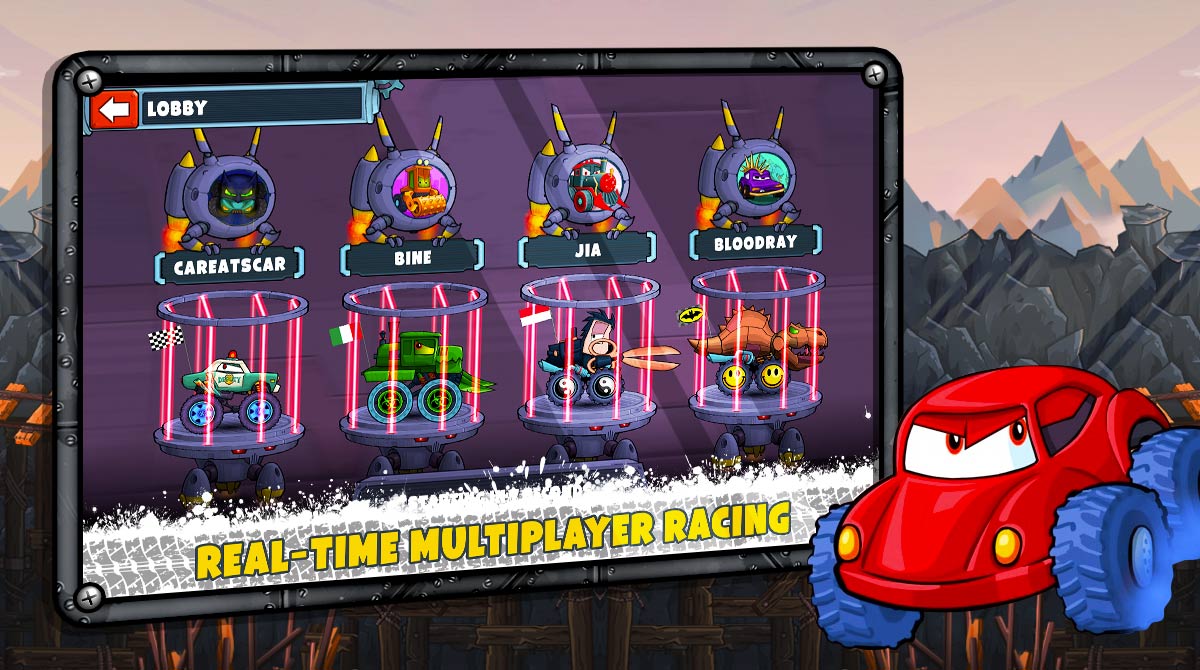 One of the best competitive multiplayer game genres you can play is racing. You get to drive fast cars, drift, and the sudden adrenaline when you press turbo or even when you crash. But if you’re looking for a different kind of racing game, then you should try playing Car Eats Car. It’s a casual multiplayer racing game published by SMOKOKO LTD. What’s unique about this game is that you use monster cars here. That’s right, the vehicles you’ll use here are monsters that will munch on enemies in front of them. Let’s discuss in more detail Car Eats Car in this post, so you can see how awesome this racing game is.

Like with any racing game, you still get to experience excitement and adrenaline with Car Eats Car. It’s a side-scrolling racing game that uses real physics, which means racing here is mostly about balance and ensuring your vehicle is always upright. So it won’t be as easy as it sounds since the racing course will be full of obstacles while you’ll also race on various terrains.

It makes the whole race challenging but very fun. During the races, you get to compete with other players from all over the world. If you prefer a more private match, then go for the race with your friends. From there, invite people to join the race. Moreover, it’s much more competitive since you’ll be racing against people you know. Watch your vehicle munch on their vehicle as you pass them by.

In addition, you can customize your monster vehicle to make it look more menacing and upgrade them to improve its performance. You can also choose to purchase more powerful vehicles. Overall, it’s a great racing game with easy game mechanics.

The gameplay of the racing game Car Eats Car is very simple and easy to learn. Your vehicle will automatically accelerate. And since it’s also a side-scrolling game, your vehicle will just go forward. As mentioned earlier, you’ll be racing in different terrains, so there will be lots of hills and valleys. Furthermore, there will be obstacles like jumps, loops, and broken vehicles you need to crush. There are three controls available, turbo, rotate back, and rotate forward.

The rotation buttons will allow you to put your vehicle upright in case it lands on its back. You’ll also press this to do somersaults while in the air. Doing tricks is important since it replenishes your turbo if you do a successful somersault. The turbo button will just accelerate you. But keep in mind the turbo energy will drain whenever you use it. Thankfully, you can pick up turbo icons to replenish it or successfully do somersaults to get back a portion.

Racing games like Car Eats Car are always fun to play. If you’re looking for other racing games to play, try playing Hell Rider 3 or Dead Paradise Car Racer Shooter. Both are fun and adrenaline-boosting games that you will love playing only here in EmulatorPC. 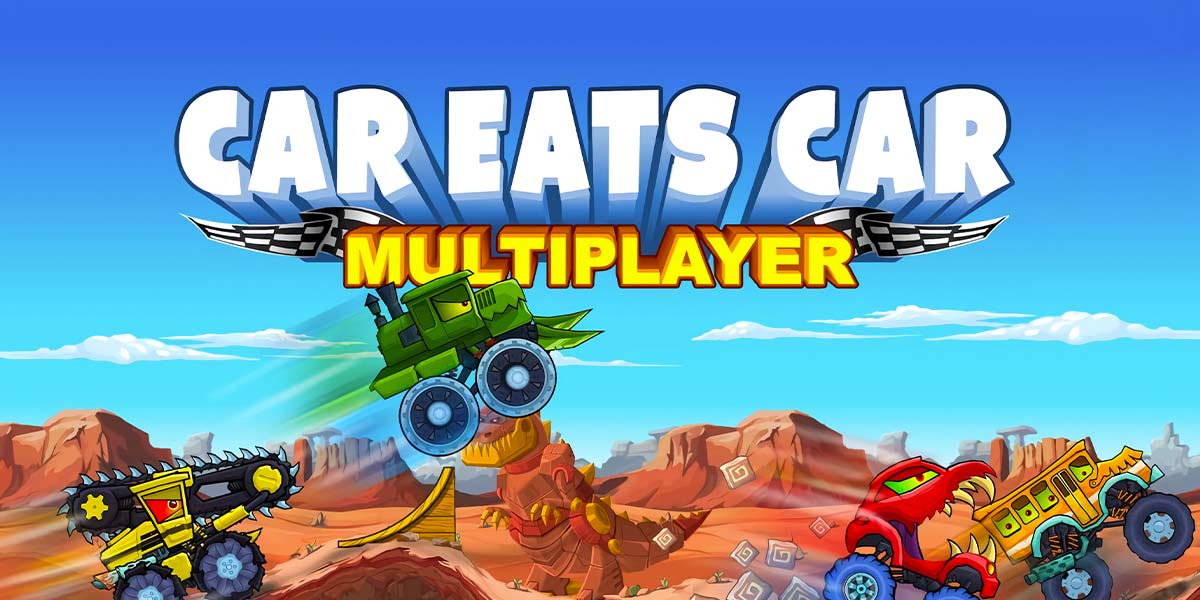 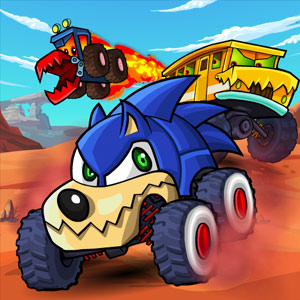 All Car Eats Car Multiplayer Race materials are copyrights of SMOKOKO LTD. Our software is not developed by or affiliated with SMOKOKO LTD.