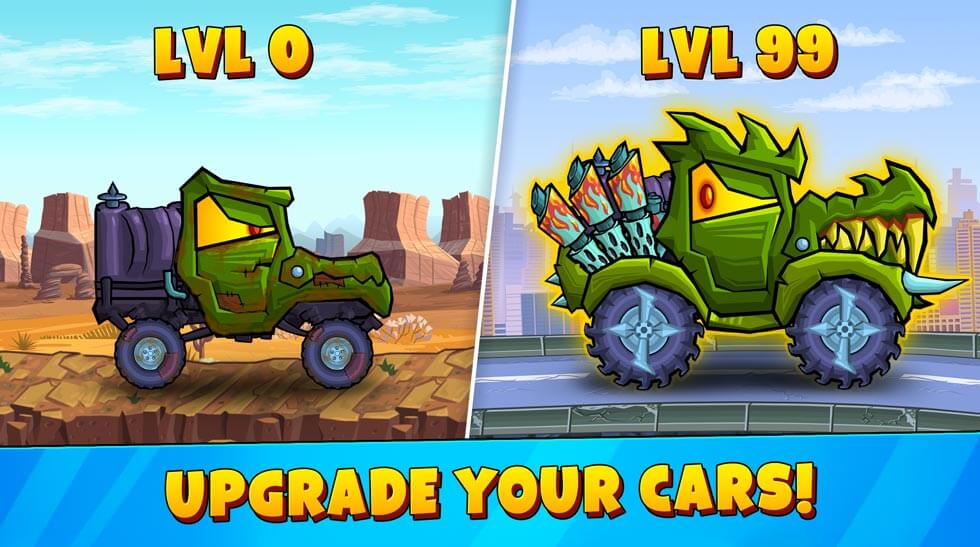 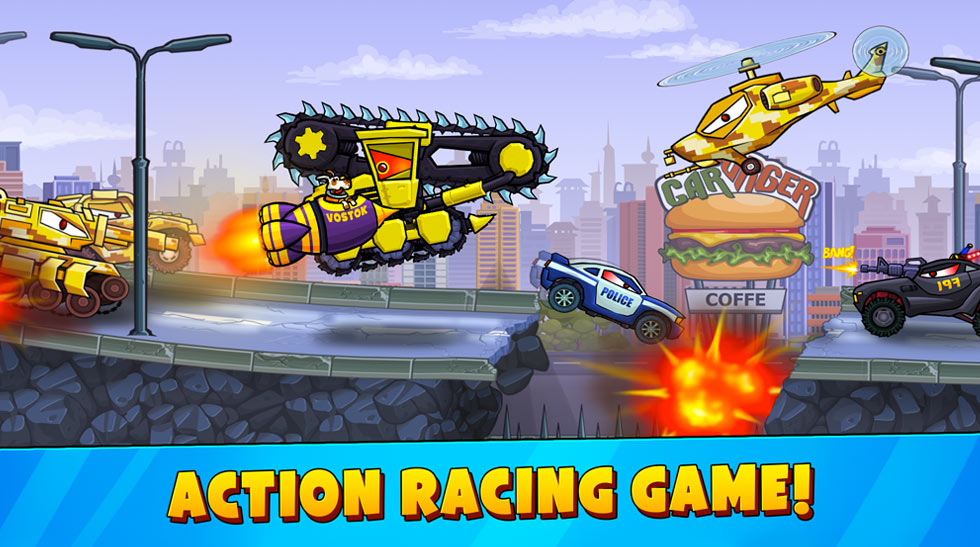 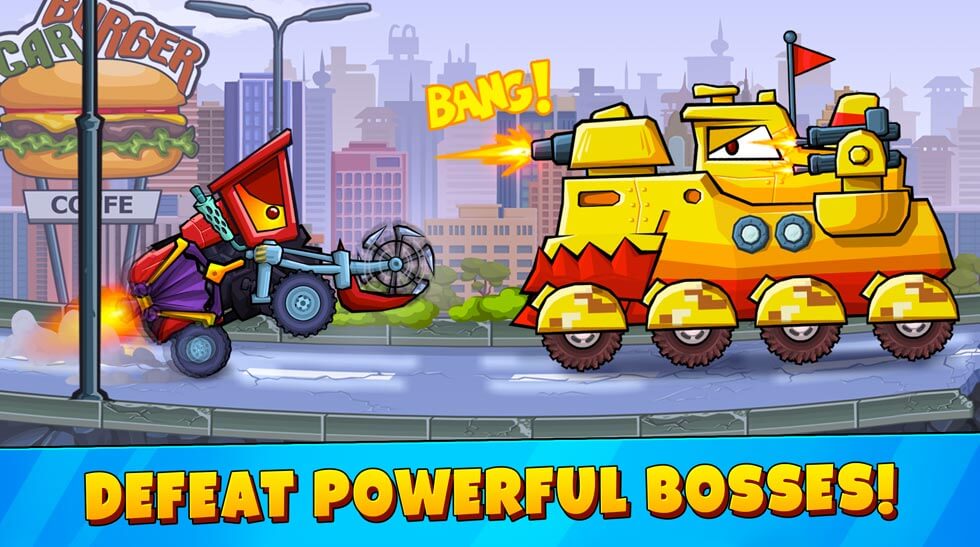 If you’re one of the million players that love racing games, then you should not miss the chance to explore the Car Eats Car 3 game. It’s a hill climb chase action racing game where you need to drive your very own turbo-boosted car and destroy any battle vehicles that will get in your track. Your Adventure as the King of the Road

In this racing game, you’ll need to deal with cops and your enemies to make sure that they won’t catch you. Moreover, you won’t be driving typical cars that you see in usual racing games. Instead, you’ll take cartoon turbo-boosted cars perfect for any action and battles. In addition, as you drive your cartoon car, you need to do your best to smash and destroy different battle vehicles that will try to interfere with your path. You need to drop some bombs or shoot them with endless bullets to do this.

There are 1,200 distinct uphill climb levels to take and 48 battle chase action levels. So you better ready your battle and racing skills as you need to beat a total of 40 enemies and ten end bosses. Additionally, there are some mini-games that are also related to the mechanics of the game, namely Carkanoid and Ruby Hunt. In the Carkanoid game, you’ll engage in 15 exceptional levels. However, take note that even if you’re free to do everything against your enemies, you still need to think about the police. Once the cops catch up to you, you’ll definitely rot in jail. Therefore, you need to set your cartoon car at full speed and complete the race.

As you progress in the game, you need to upgrade your cars to withstand challenging levels. You can consider upgrading them with extra weapons, speed, ammo, turbo boosts, and nitro. To achieve this, you must ensure that you’ll get unique car parts at every level and mission. Additionally, you can unlock more cars, such as 4×4 racing vehicles, monster trucks, and other fast cars. There are 30 various cars ready to unlock, and each of them sets a unique race battle skill.

Are you ready to activate your engine and conquer action racing levels in Car Eats Car 3? Well, spare some time for other racing games as we’ve got loads of them here at EmulatorPC. Check out Drive Ahead! – Fun Car Battles and Stickman Downhill on your PC. 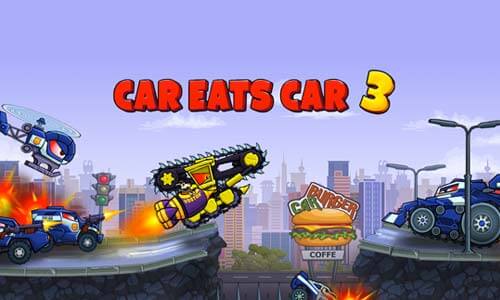 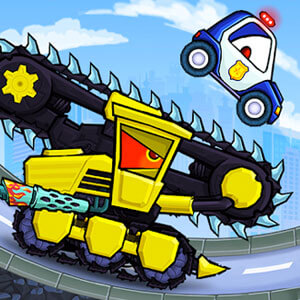 All Car Eats Cars 3 materials are copyrights of SMOKOKO LTD. Our software is not developed by or affiliated with SMOKOKO LTD.