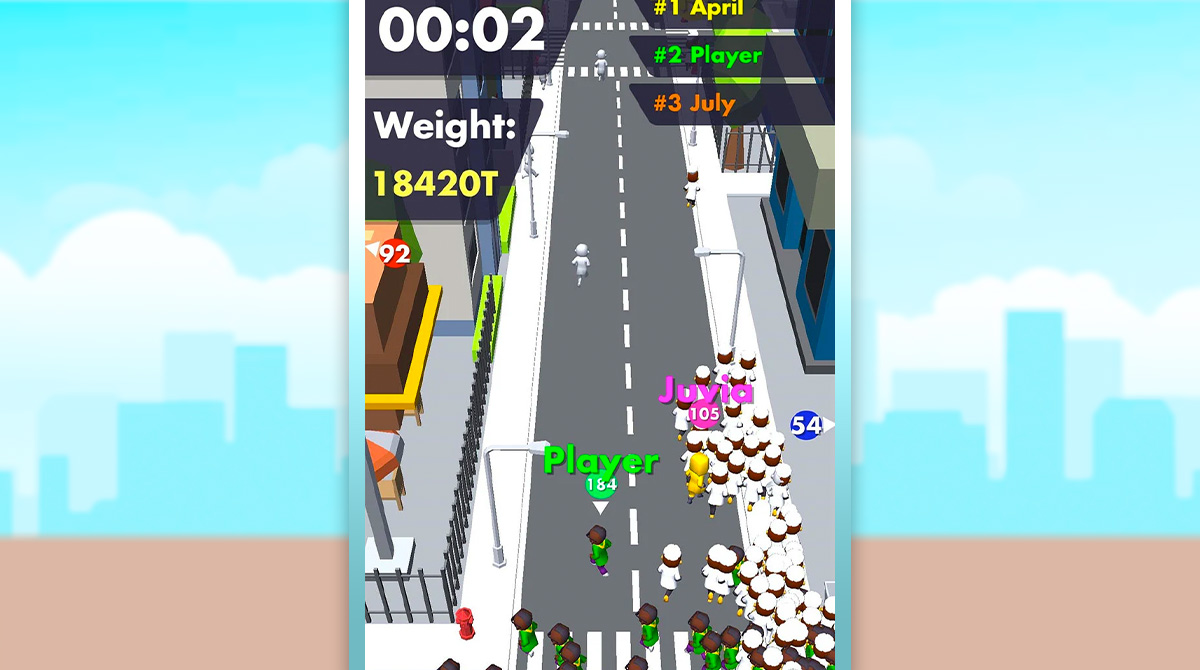 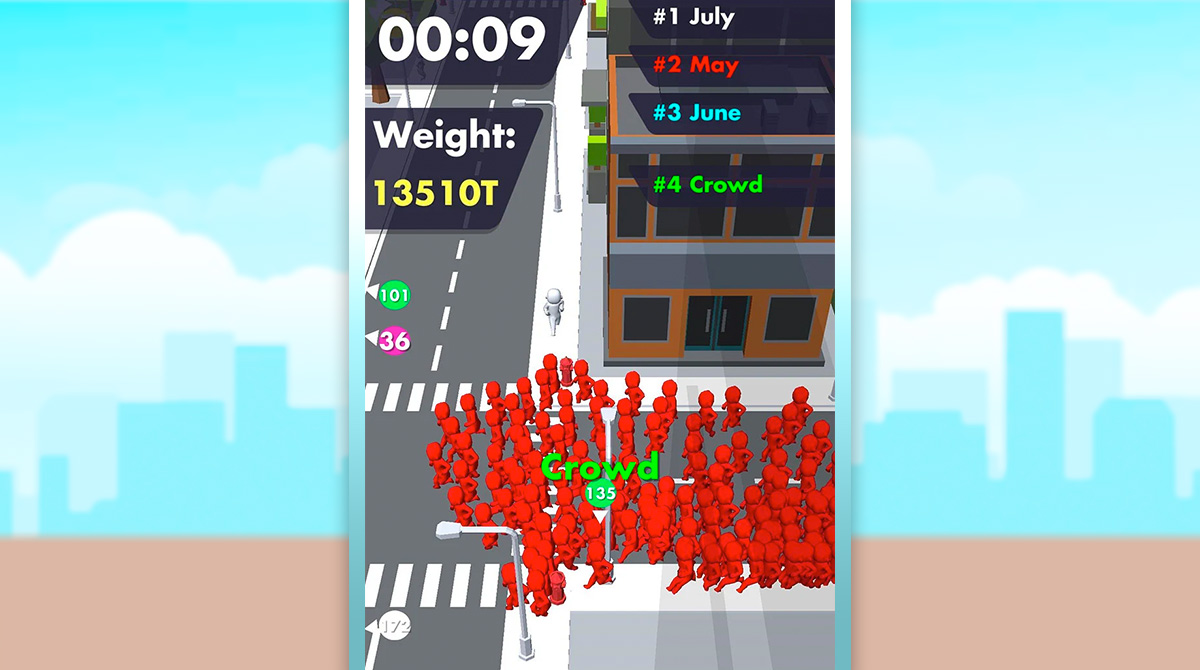 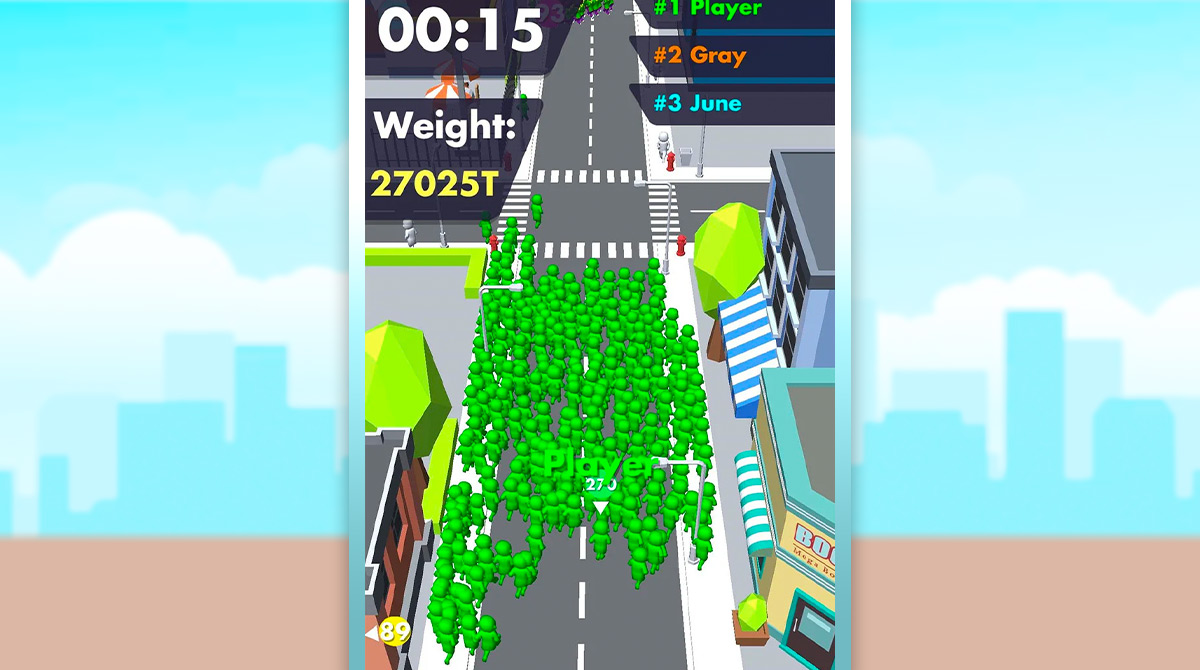 If the first thought that came to your mind when looking at this game is food, then look elsewhere. However, if you simply want to be the biggest and meanest giant on the block, then Crowd Buffet is for you. No! Crowd Buffet is not about food if that’s what you’re thinking. Instead, it’s an eating battle royale game, but in a cute way. What’s an eating battle royale? Well, it’s where you eat to survive. In this game, you will be eating crowds of people. Therefore, the more you eat, the bigger and meaner you get. The bigger your crowd gets, the better your chances are of surviving.

The Straightforward Gameplay of the Crowd Buffet Game

Crowd Buffet has a simple gameplay that’s very easy to understand. You simply have to control your character as it runs around the city. As you run around, you will be met by a crowd of smaller people. Your goal is to gather and eat as many of these smaller people. The more people you eat, the bigger your crowd becomes. Moreover, you will also see a bar on the upper-left corner of your screen that is labeled “Next Level”. This bar shows you the number of people that you should eat in order to level up. Each person that you eat contributes to that number. Reach that number and see your character level up and grow.

So, what is all the leveling-up for? Well, in the world of Crowd Buffet, you are not the only giant in the city. There are also other players who are running around trying to level up. You will then have to fight each other if you happen to come across one another. Although it’s possible for lower-level players to defeat higher-level giants, the bigger player often wins the match more often than not. For this reason, it is in your best interest to eat as much of the crowd as you can and level up fast.

If you fancy playing casual .io games, then you will surely be entertained by Crowd Buffet. Download Crowd Buffet here on EmulatorPC and be the biggest and meanest giant in the world. You might also want to try some of our fun and addicting arcade games such as Join Clash 3D and Castle Raid. 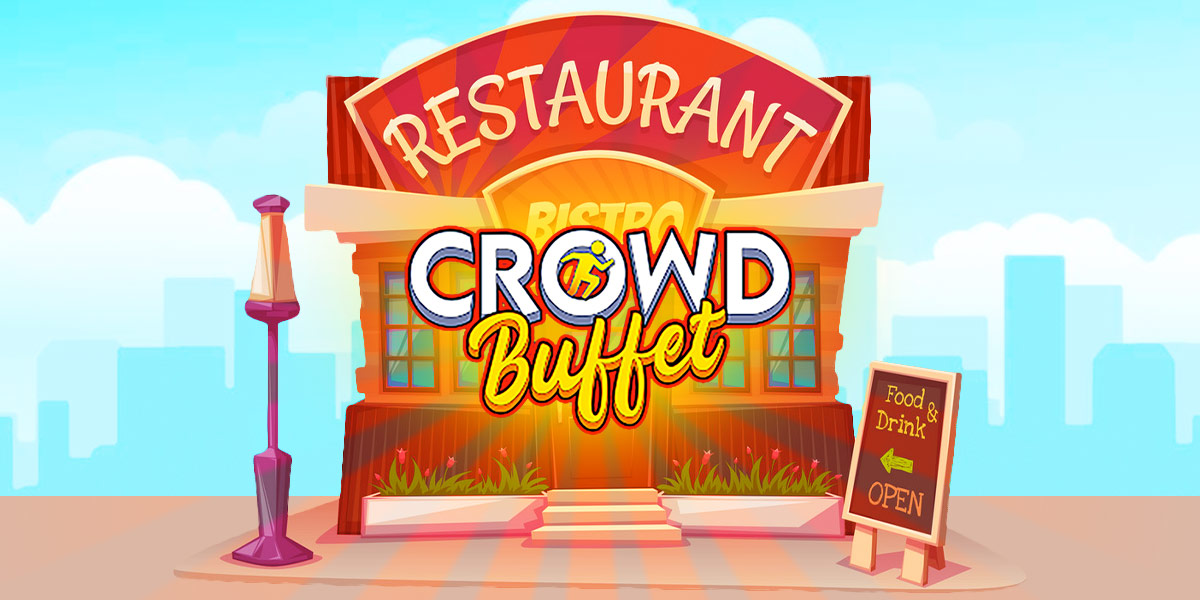