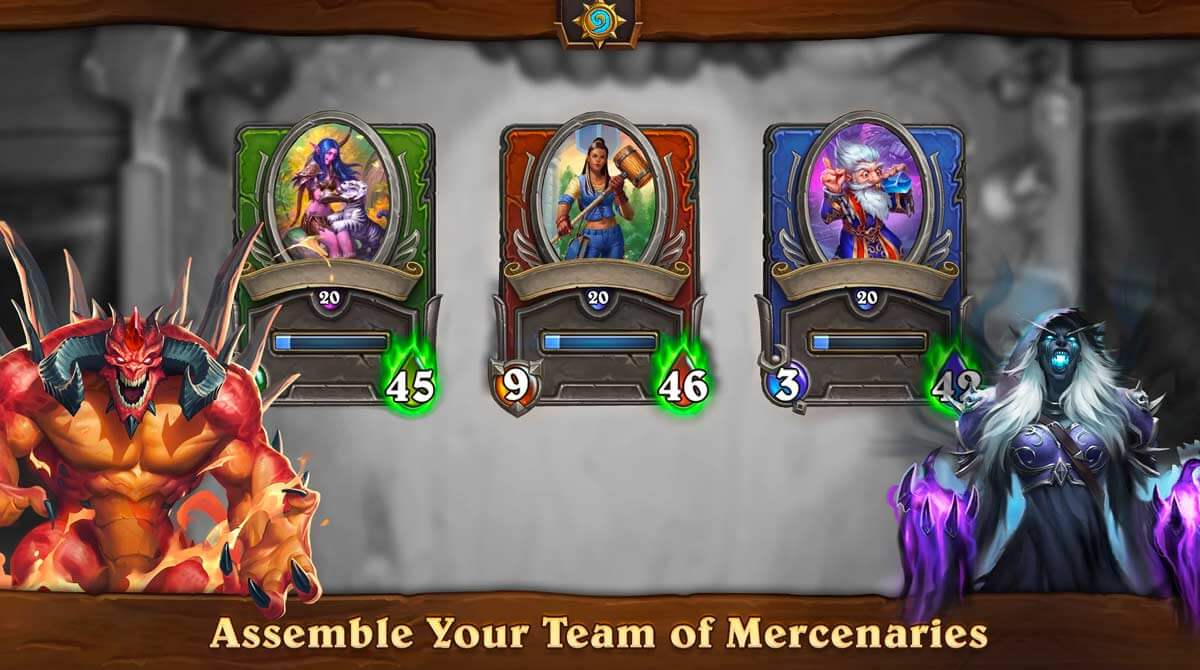 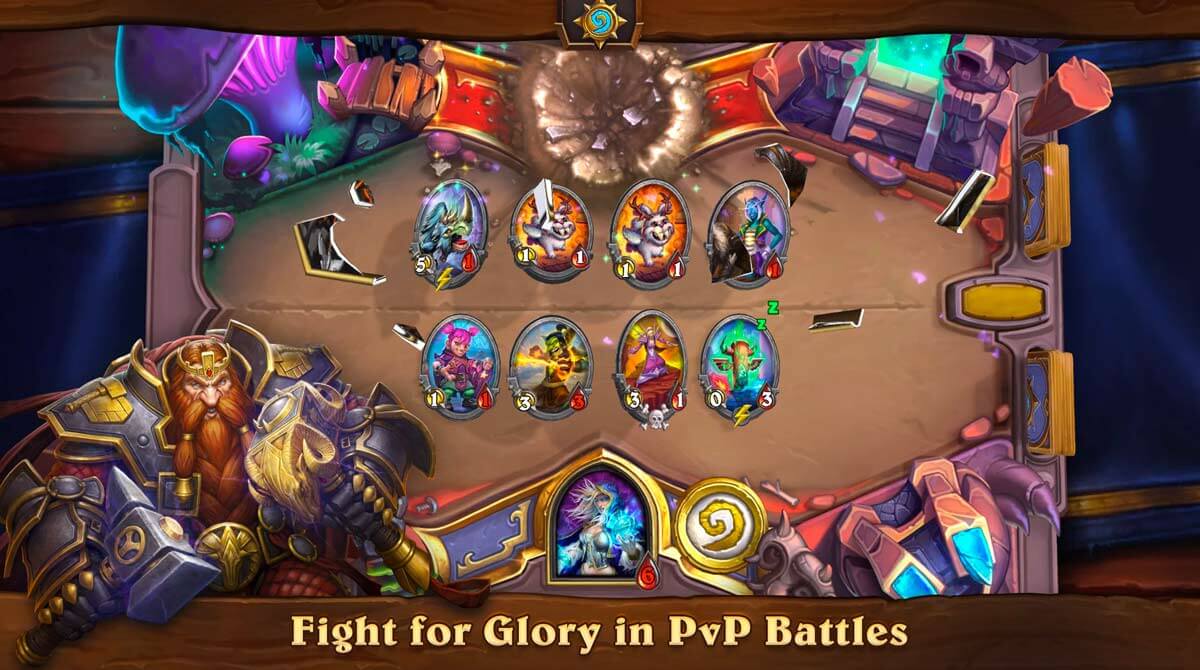 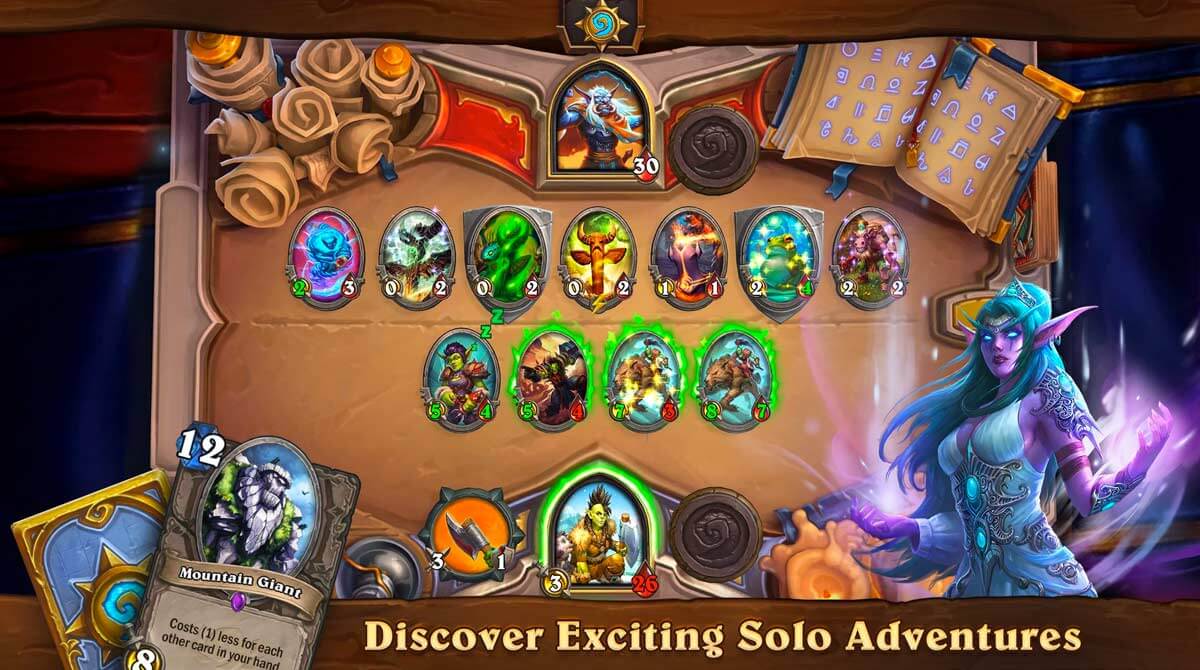 Hearthstone is a free download PC card game from Blizzard Entertainment, the creator behind popular games like Overwatch, Warcraft, Diablo, and Starcraft. This digital collectible card game, originally named Heroes of Warcraft, builds upon the existing lore of the Warcraft series. Hence, the same characters, elements, and relics are present in this game.

Hearthstone is a turn-based battle between two opponents and their strategically constructed pack of 30 cards and one hero with a unique skill. This card game’s end goal is to destroy the enemy’s hero. Therefore, players need to consume their limited mana crystals per round to summon minion cards or play hero abilities to attack them. Because Hearthstone is a collectible card game with strategic planning involved, you need to create a deck strong enough to beat opponents in a match. Furthermore, winning and completing quests will give you in-game gold and chests. Open these chests to get new cards.

Play Hearthstone in Different Modes on Your PC

Hearthstone has several game modes for players. These include drafted arena battles, tavern brawls, battlegrounds, duels, classic mode, and mercenaries. Arena battles let players choose from 3 cards over several rounds to complete a deck of 30. Moreover, they need to use this deck against other arena decks until they lose. On the other hand, Tavern Brawls are weekly missions that change every time while Battlegrounds is an auto-battler pitting eight players against each other to defeat their corresponding heroes. Next, Duels is a mode similar to Arena but with only 15 cards included in a pack. Classic is a single-player mode where you need to battle AI with your mirrored deck of cards. Last but not least, Mercenaries can be PVP or PVE (player versus environment) and require you to build a party of 6 minions from your deck to win battles.

Set in a world based on the World of Warcraft series, the game not only features high-quality graphics but also a gaming experience replicating that of a physical card game battle. Luckily, EmulatorPC has a selection of card games you will also love playing. Try Shadowverse CCG or CounterSide for free. 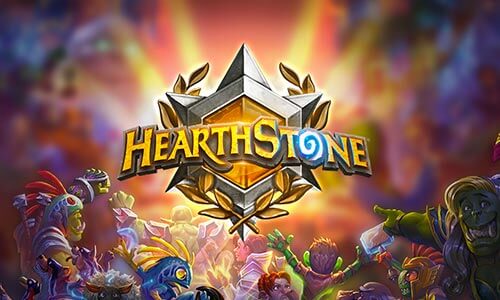 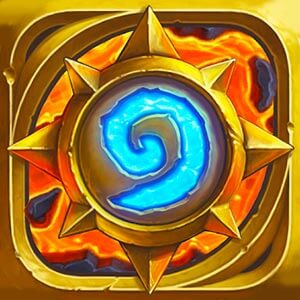