Game of Dice: A Thrilling Game of Chance - Download & Play for Free 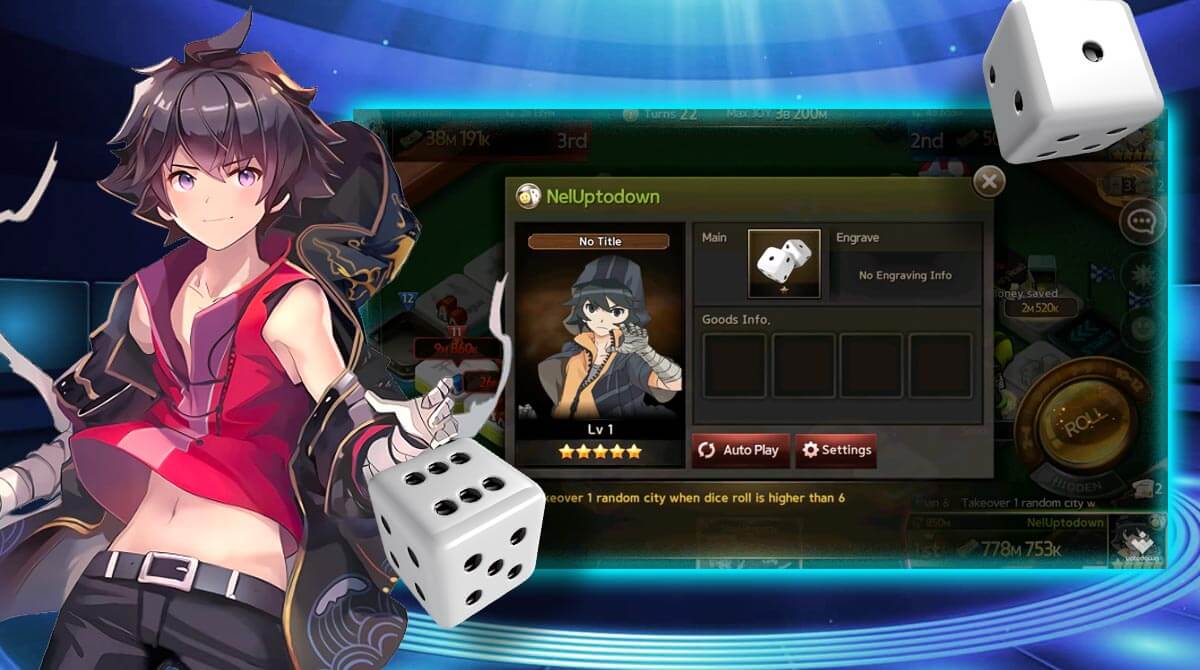 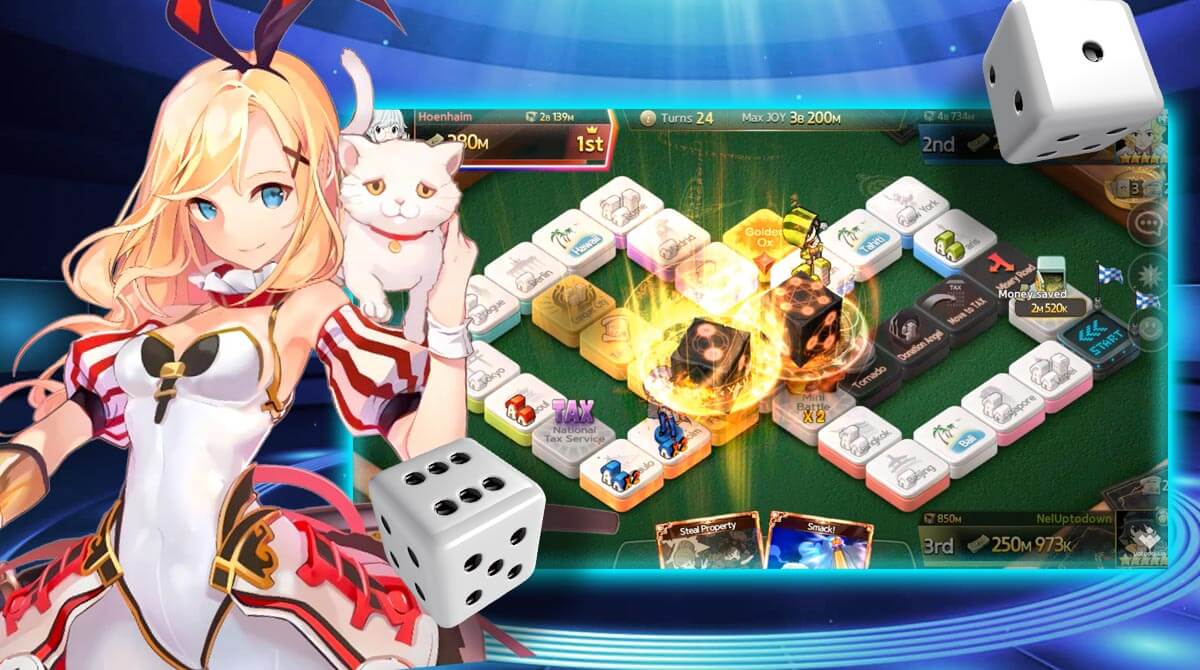 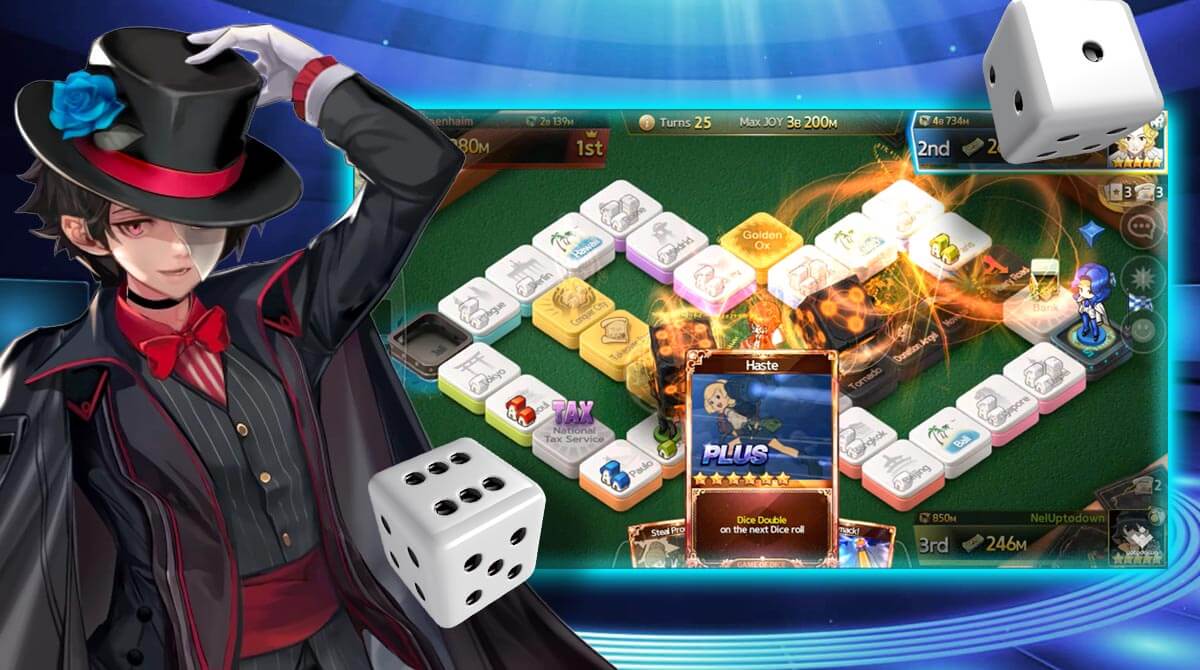 Are you feeling a little bit lucky today? Then take your chance in this game of luck. Throw in your gold and silver coins to the pot and feel the intense rush as you partake in this game of chance. Play Game of Dice only here on EmulatorPC. A Unique Twist on a Classic Board Game

However, what makes the Game of Dice game unique is how it seamlessly merges a classic board and card game with an anime theme. You will have a plethora of anime-inspired characters to choose from. If you are a fan of anime shows like Yu-Gi-Oh, then you will surely see the resemblance of some of its characters.

How to Play Game of Dice

The Game of Dice board is set up like that of a disfigured Monopoly board that uses Mahjong tiles instead of the usual board. Each tile represents an asset that players can invest in. However, it also has other special tiles that feel very similar to that of Monopoly. Tiles such as Prison, Income Tax, Bank, Free Parking, and Go. It also has a unique tile where players who land on it will have the chance to take money away from others or give money to them depending on their guess. This feature does make Game of Dice very thrilling, especially near the end-game.

Just like Monopoly, Game of Dice is a board game centered around investing and acquiring tiles. These tiles that constitute the board are based on the current theme that the game developers come up with. It could be a resort, a city, or other buildings or establishments. Your goal is to gather as many coins as possible and be the last man standing. Easy, right? Well, that will depend on your skill, strategy, and most importantly luck.

Care to test your luck in a Game of Dice? Download now and play for free only here on EmulatorPC. Also, go over some of our exciting board game titles such as Real Chess and Landlord Idle Tycoon Business Management Game. 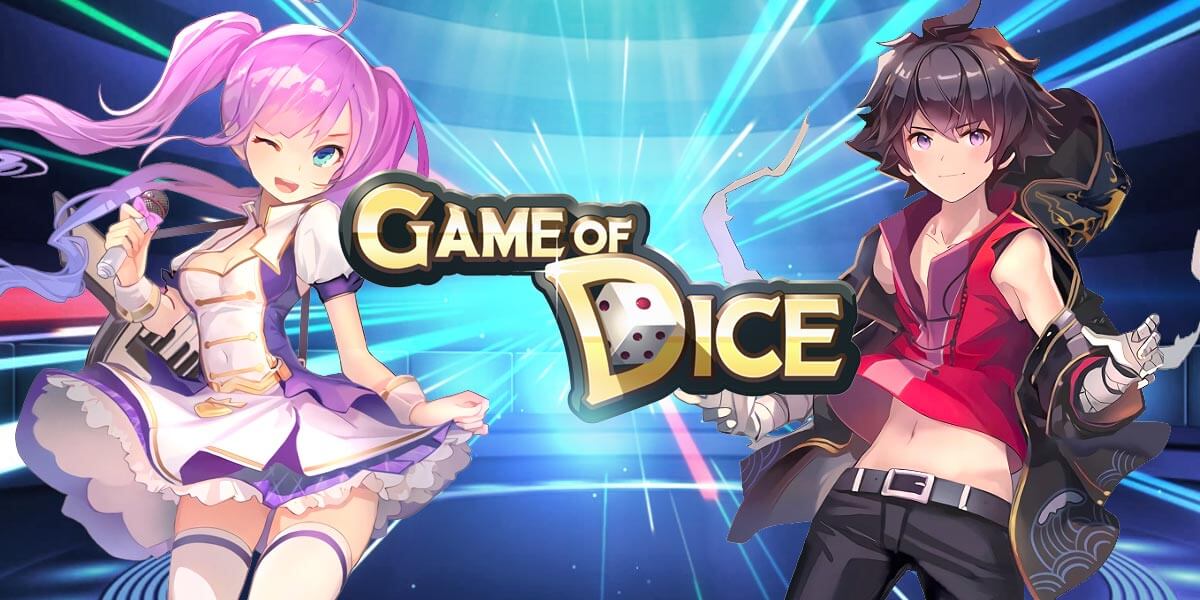 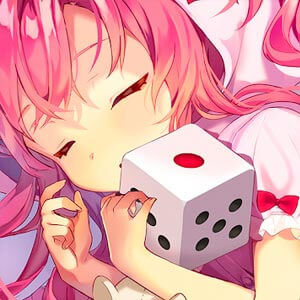 All Game of Dice: Board&Card&Anime materials are copyrights of JOYCITY Corp.. Our software is not developed by or affiliated with JOYCITY Corp..