Stupid Zombies 3 for PC - Unleash Your Shooting Skills Against Undead 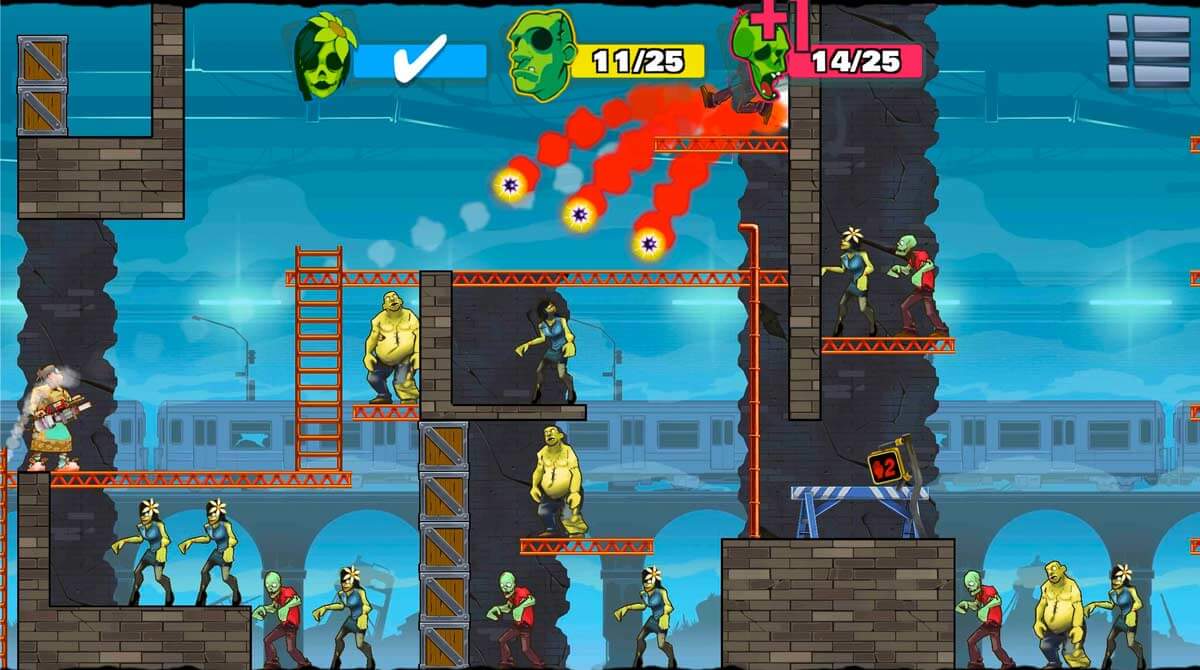 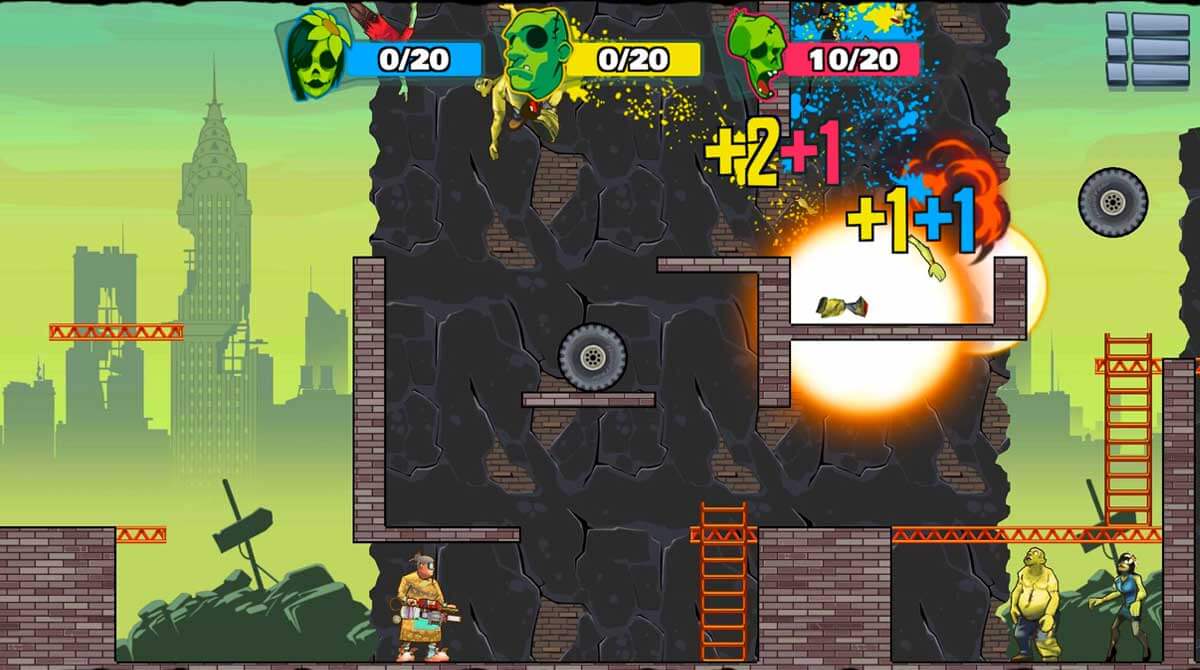 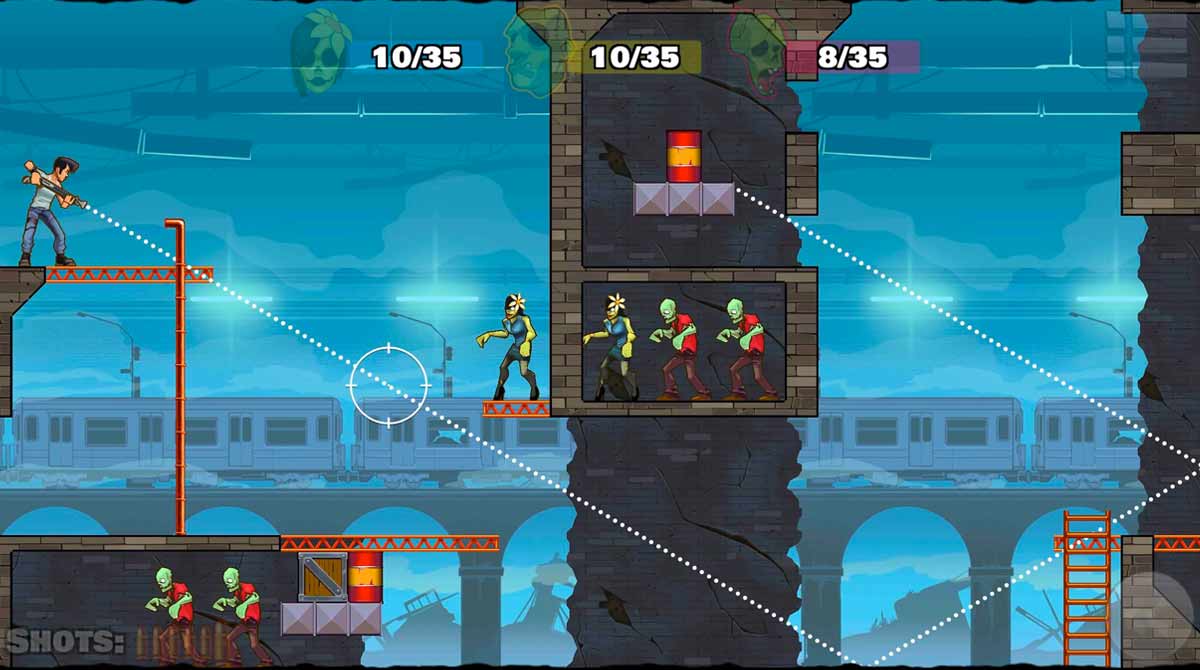 Another zombie game is ready to set to your exciting roster of casual games on your PC – Stupid Zombies 3. It’s the third installment of the famous Stupid Zombies game. Like the usual zombie games, you’ll need to eliminate flesh-eaters by shooting them. Developed by GameResort, Stupid Zombies 3 for PC will take you on literally stupid zombie journey on different levels. Therefore, you’ll witness multiple zombies on the ground and various heights as you play. So, is your trigger ready enough to shoot the brainless zombies? Play the game now!

If you’re familiar with Angry Birds, you’ll surely notice the similarity of the gameplay once you play the game. Rather than using a slingshot, you’ll utilize vigorous guns against the hordes of zombies in this game. Furthermore, you’ll surely enjoy Stupid Zombies 3 for PC as you’ll encounter more friendly zombies, but you need to stick to your goal. And that’s to eradicate and eliminate those undead creatures through your guns.

Upon playing this casual zombie game, keep in mind that your bullets are limited. That means you’ll be given a certain number of bullets, and once you’ve run out of shots, you’ll lose. However, there are some bullets that change their orbits the time it hits the wall.

There are 200 mind-bending levels you need to overcome in this game. Once you start, you’ll be positioned in a certain place. From there, you need to develop effective tactics to kill the zombies. However, take note that your position changes as you go to the next level. Moreover, you can maximize your gaming experience by trying out different weapons against stupid creatures. Fortunately, Stupid Zombies 2 offers four different weapons: Fiery Flare Gun, Trusty Shotgun, Baseball Bomber, and Granny’s Homemade RPG launcher.

To become more successful in this casual game, you can try opting for more combos. Therefore, don’t set a single shot for just a single zombie. Instead, create more efficacious combos aiming for two or more zombies in just one shot to give you more points.

Mind-Blowing Game Features to Check Out

Enjoy the intoxicating gameplay of this Stupid Zombies installment right on your PC. For more exciting casual games, you can try other titles like Plants vs. Zombies 2 and Zombie Tsunami on your PC. Are you looking for more games to play? Download more here at EmulatorPC. 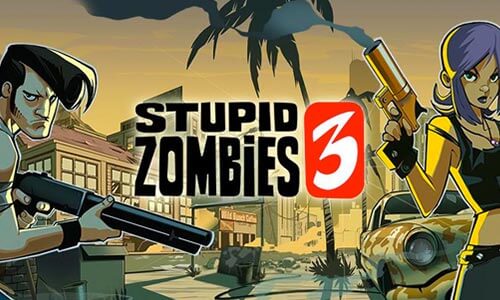 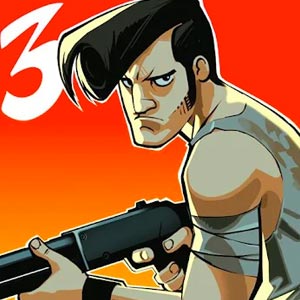 All Stupid Zombies 3 materials are copyrights of GameResort. Our software is not developed by or affiliated with GameResort.