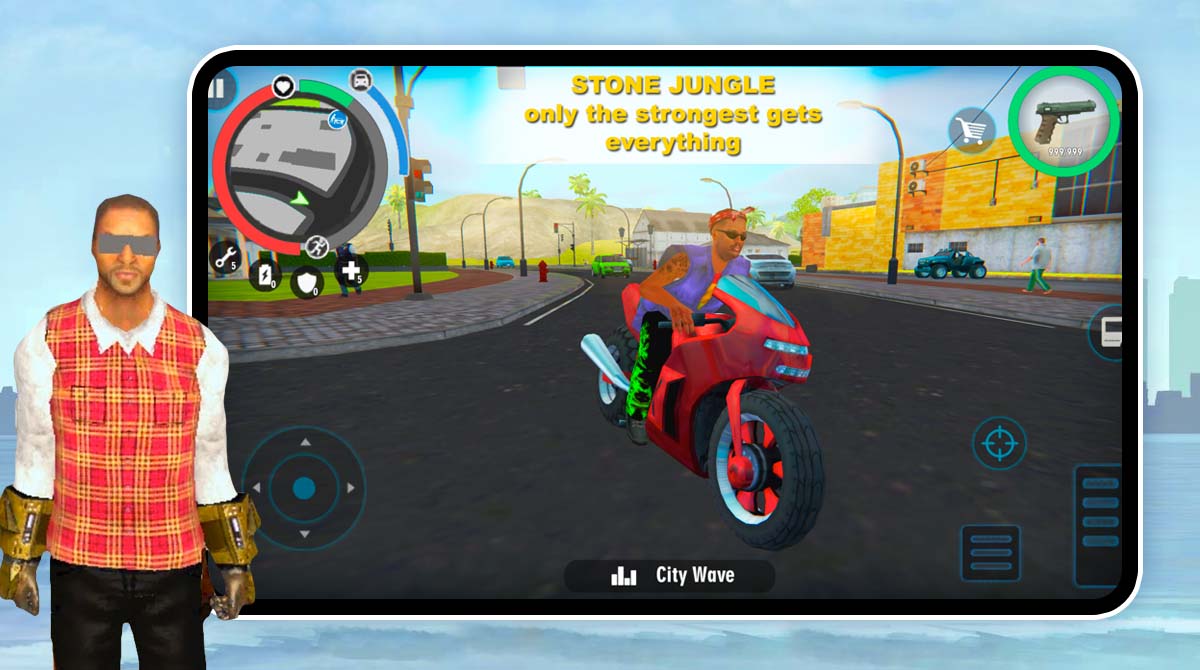 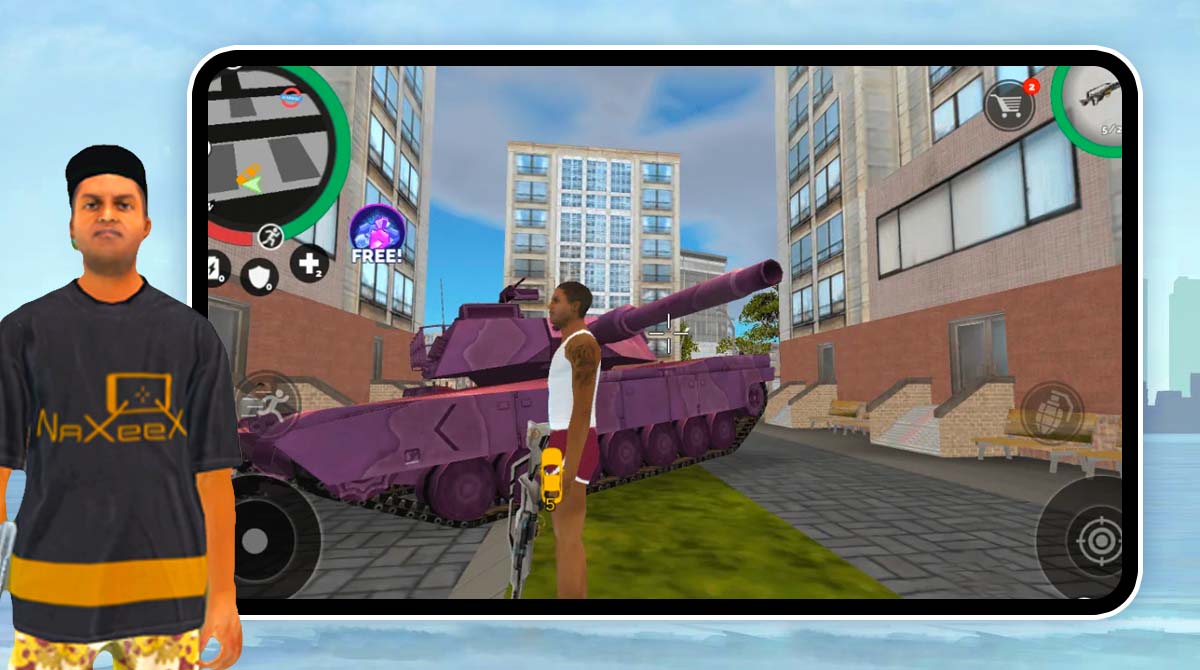 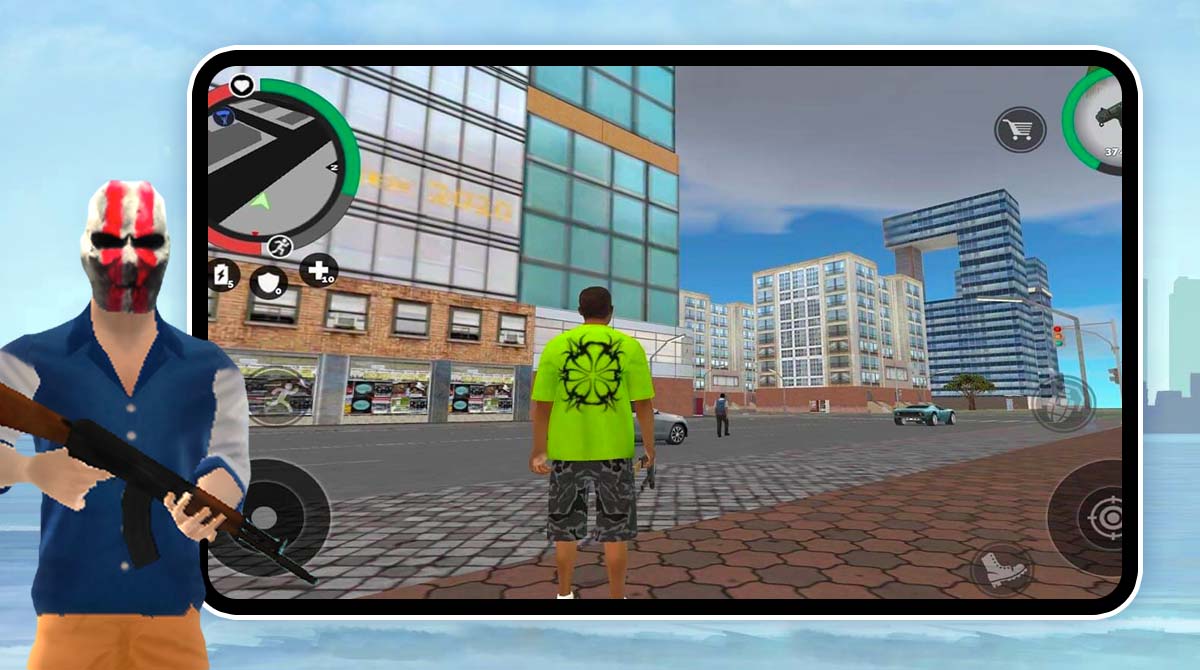 Can you imagine yourself living in the fascinating city of Las Vegas? Fortunately, you can make this possible by playing Vegas Crime. In this action game, you won’t act like a tourist and explore Las Vegas. Instead, you’ll take the role of a well-known gangster who’s not afraid of anyone, so freely do whatever you want. Published by Naxeex Action & RPG Games, Vegas Crime is an exciting game that shares the same perspective as Grand Theft Auto, where you can do anything you want, explore any place, and even mess up anyone you see in the streets.

The gameplay of Vegas Crime is easy to understand. Your job is to control your gangster and explore the entire Las Vegas city while doing loads of missions. These missions are criminal-like quests like burning houses, robbing banks, hostage people, and many more. To successfully surpass these missions, you are equipped with multiple weapons for you to use.

Take note that once you’ve committed the crime, the police will be alarmed and they’ll chase you. To get rid of the police, you can drive any car or vehicle you see along the way or try to shoot them using your weapons. You can actually use a tank or helicopter if you get a chance to access one.

Try Your Best to Survive the Vegas Crime Shooting Game

In Vegas Crime shooting game, you’re doing an excellent job if you still manage to stay alive while accomplishing various tasks. Take note that your character has a limited amount of life and energy. Once you notice that these two aspects are becoming low, try to figure out how to replenish them, or your character will die and return to the spot you last saved.

Once you progress in Vegas Crime and earn loads of cash, you can start investing in dangerous and heavy weapons. Also, you must elevate your character’s skills, strength, endurance, accuracy, and even driving. You can check out surreal equipment that can make you more powerful, like a magic rope, wings, super kick, and many more.

Can’t get enough of the thrilling gameplay of Vegas Crime? The fun doesn’t stop there, as there are loads of fantastic action games to play here in EmulatorPC. To help you decide, you can check out free games like Hit Master 3D: Knife Assassin and Russian Crime OG. 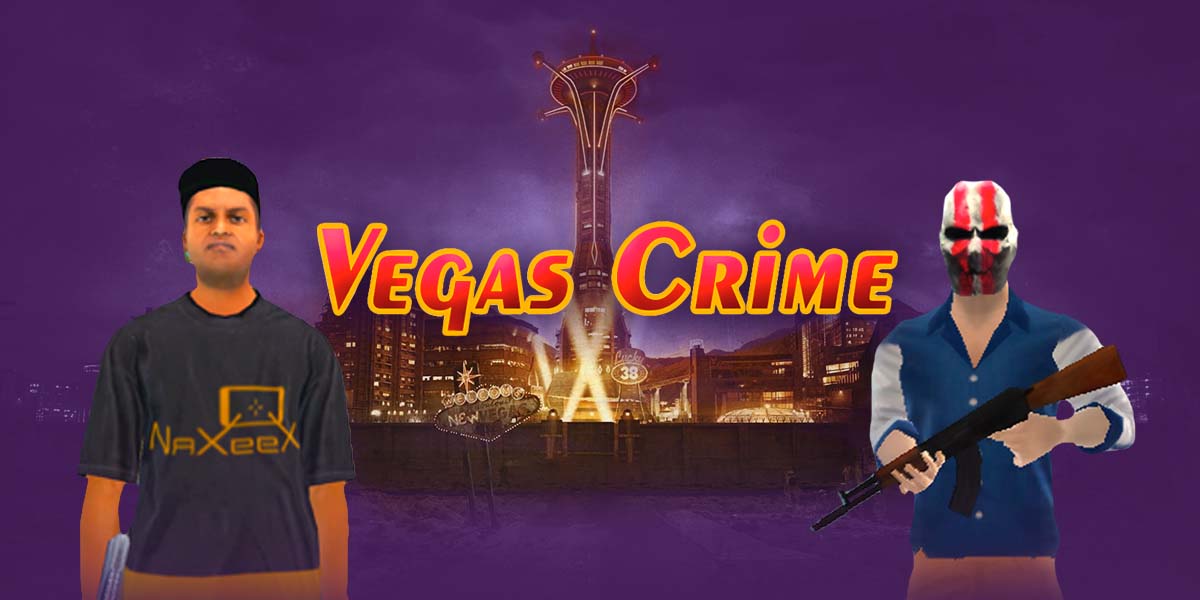 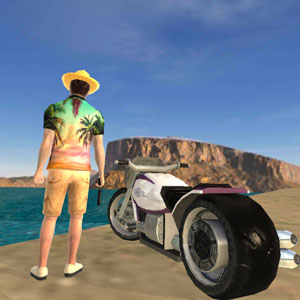