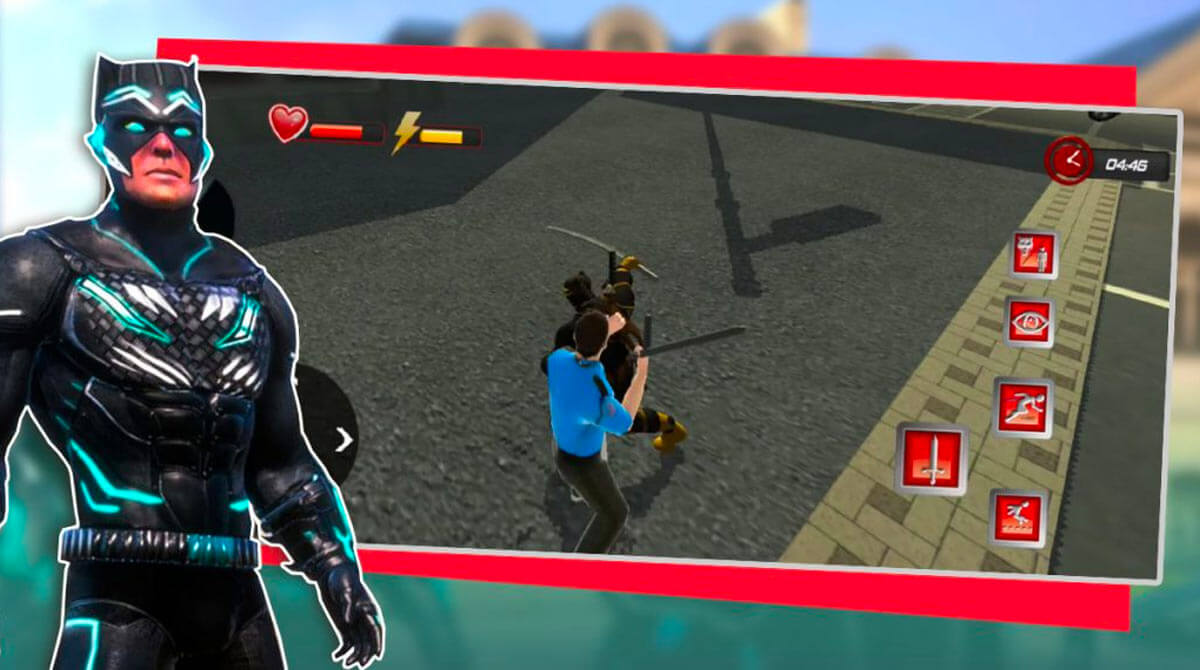 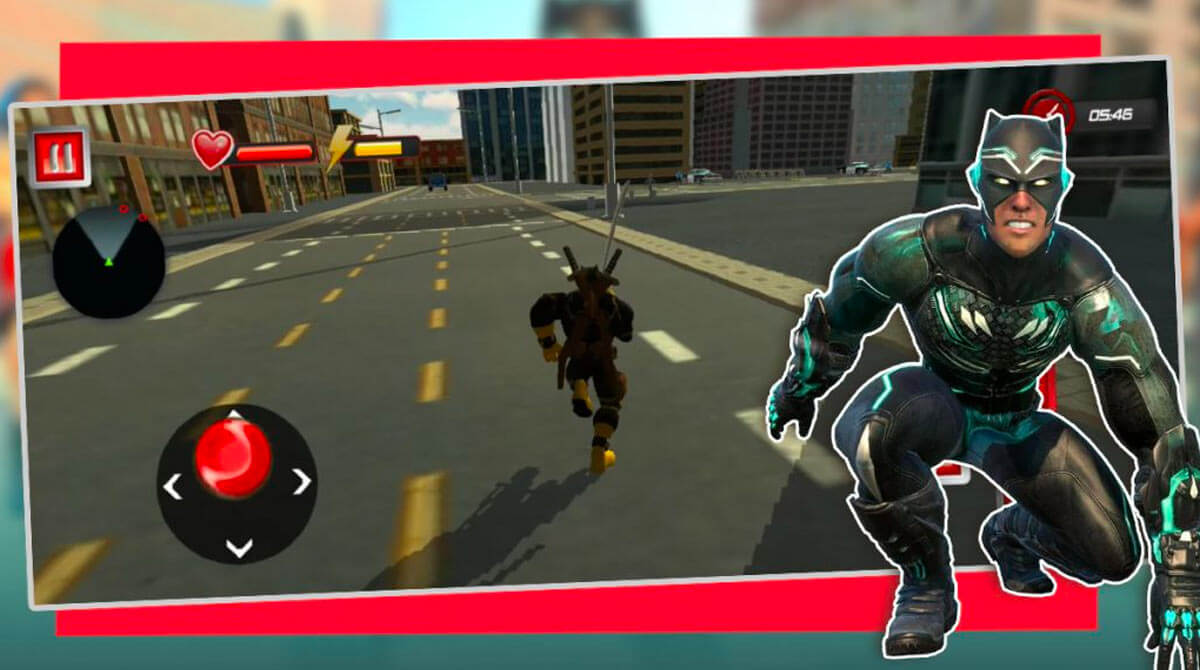 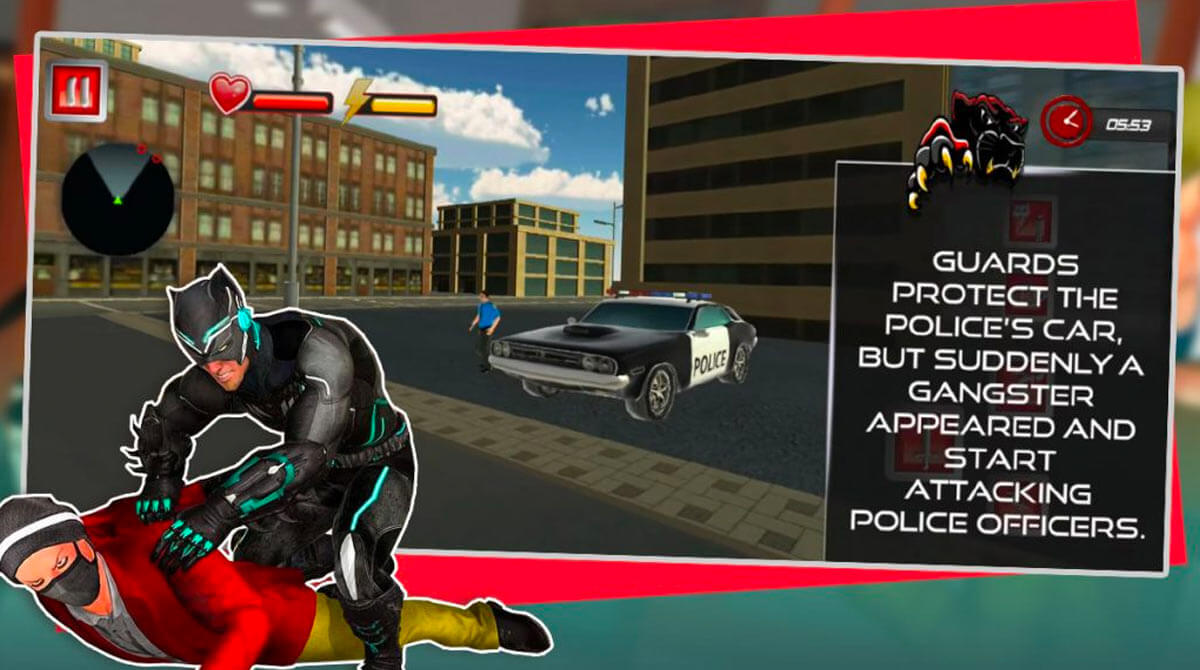 If you’re someone who enjoys playing thrilling action games that involve a lot of fighting, then you should try playing Hero City Bank Robbery Crime City Rescue Mission. It’s an action-fighting game published by 3Dee Space. In this game, you play the role of a hero who battles various gangsters and mafia and stops their crimes. As a hero, you get to possess special abilities and fighting skills. This would include being able to morph into a panther and take out enemies quickly.

Hero City Bank Robbery Crime City Rescue Mission is unlike many games out there since it doesn’t have a tutorial. You play the role of a superhero, going on various missions, which are usually about stopping crime. When you start playing, there’s only 1 mission unlocked, the first one.

But after you complete that, the next one becomes available. And this process continues until all levels are unlocked. After selecting the level, the next thing you’ll do is select the hero to use. There are several heroes available, but only 1 is unlocked. You can unlock the others by paying gold coins. Each hero is unique, so having options will be handy. To earn gold coins, you just have to complete missions.

Fight Crime With Your Moves & Powers

The missions usually involve stopping bad guys in the city. When you begin, there’s a map at the upper right that will show where the bad guys are. Just go to it and take them out. Your hero will have several moves available. There’s your Kung Fu moves, as well as your superpowers.

Your hero can also change into a panther to swiftly take out enemies. Of course, enemies won’t go down without a fight, so make sure you watch out for their attacks. Be mindful of your health gauge and try to dodge their attacks. Once you complete the mission, you earn rewards which can include gold coins.

If you’re looking for other games that involve superheroes, try playing DC Legends: Fight Superheroes or Marvel Contest of Champions. They’re both awesome and action-packed superhero games you will enjoy. 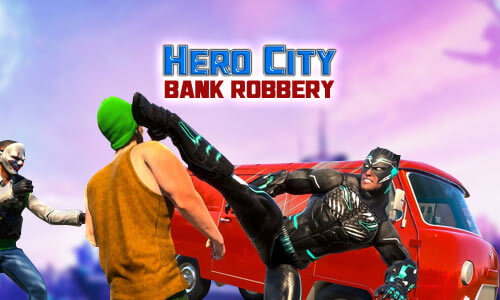 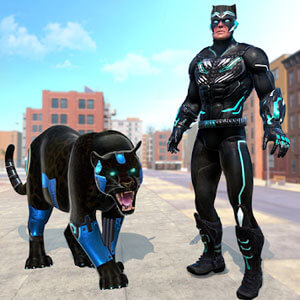 All Hero City Bank Robbery Crime City Rescue Mission materials are copyrights of . Our software is not developed by or affiliated with .