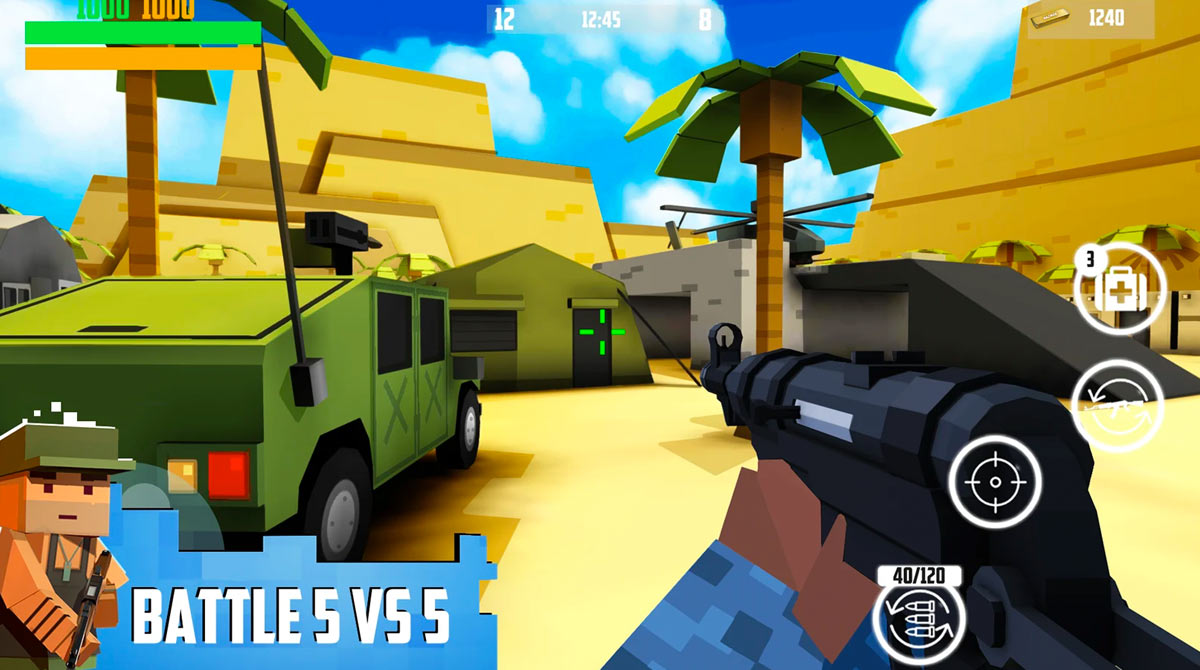 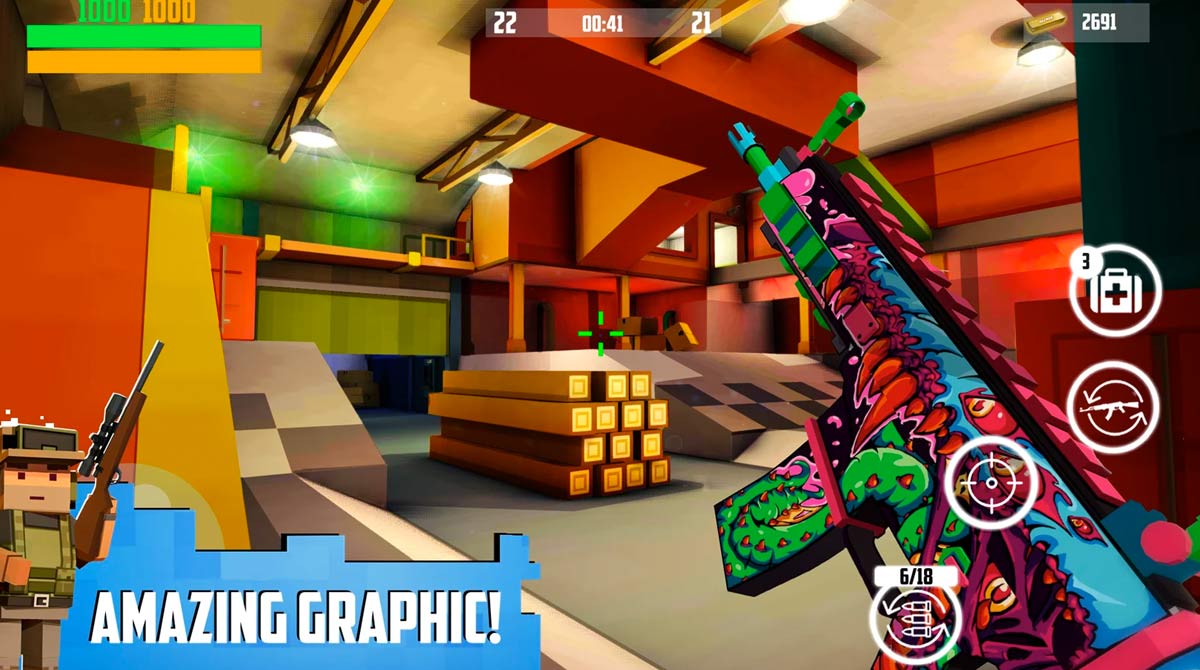 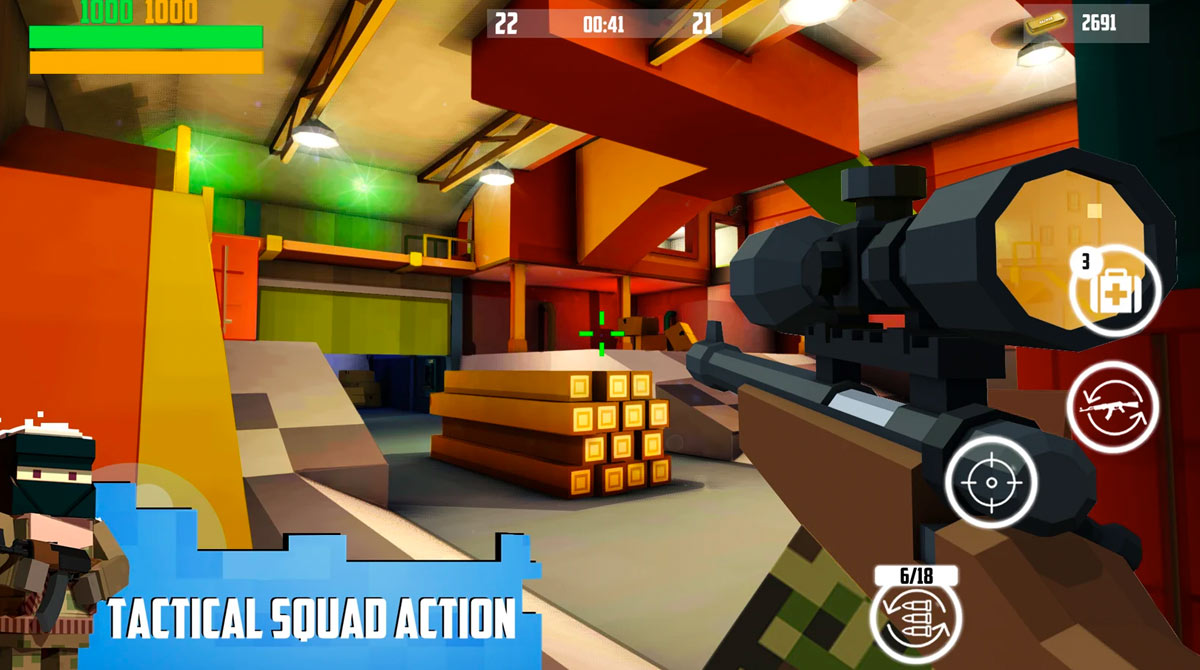 Defeat your enemies in blast mode, destroy the competition in real-time PVP, or try our spooky single-player option. Block Gun: FPS PvP War-Online gun shooter game is hitting you with a brand-new version. With a ton of fresh elements to keep the action moving at a breakneck pace. Block Gun: FPS PvP War Online will wow you with new maps, incredible weapons, and a new exclusive competitive system!

You can use a variety of various maps in Block Gun and pick up a range of different weaponry. Despite having block graphics, the game is dynamic and enjoyable to play. If you are looking for a fun and exciting game that you can play with friends. Then this is the game for you!

The tutorial will open the game, as it always does. You will learn how to rotate and tilt your camera in this mode. As soon as the targeting reticle is on the enemies, the gun will automatically start firing, therefore shooting won’t be a problem. So, all you have to do to get it to shoot is properly aim. You will learn how to heal, change guns, use the scope, and reload during the tutorial.

After that, you can change where the various keys on the screen are located. You can decide to skip it and make changes later. You have the option of leaving the main lobby and going to the menu to upgrade or buy new weapons. There are more options where you may get free gold and cash, primarily through watching advertisements.

You have the option of playing in ranked matches in multiplayer mode. Since everyone in these PvP battles is trying to climb the game’s ranks, they are the most intensely contested. As a result, this mode attracts a lot of serious and competitive gamers.

Simply choose the map you wish to play in if you prefer a less intense multiplayer experience. If you prefer to play discreetly with friends, you can also select Custom mode. You can see the firearms you can use and the type of Fire choice on the right of the map selection.

Check These Out Features: 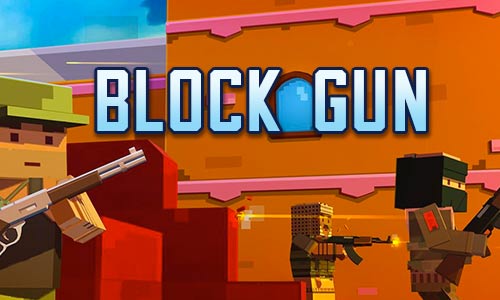 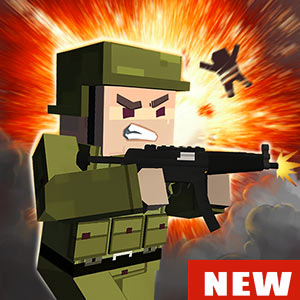 All Block Gun: FPS PvP War – Onlin materials are copyrights of Hazmob LTD. Our software is not developed by or affiliated with Hazmob LTD.