As time passes, anime games are becoming popular and invading various platforms. With this type of game, you’ll learn not only a new anime but also a chance to play a new game that features immersive content. There are also times that these games are based on previous animes you’ve used to know.

Regardless of what+ the anime game looks like or the story it tells, what matters most is that there are loads of options to choose from. But, the question is, among the hundreds of anime games available, what are the best anime games that deserve a spot on your PC? Well, let this list of top anime games help you out!

10 Anime Games for All Anime Lovers

Here are the best anime games you shouldn’t miss playing;

Landing on the first spot in our list is the super iconic action game named Dragon Ball Legends. It’s a remarkable creation of BANDAI NAMCO Entertainment Inc. You must not miss playing this game if you’re a massive fan of the phenomenal Super Saiyan Goku and Gohan. Generally, this anime action game works with a card-based perspective in terms of combat.

As Dragon Ball Legends uses cards to fight opponents, you need to be strategic in each card you deploy. Take note that each card depicts its unique ability to outshine the battlefield. But, this game stands out because it enables you to experience fighting along with your favorite Dragon Ball characters. 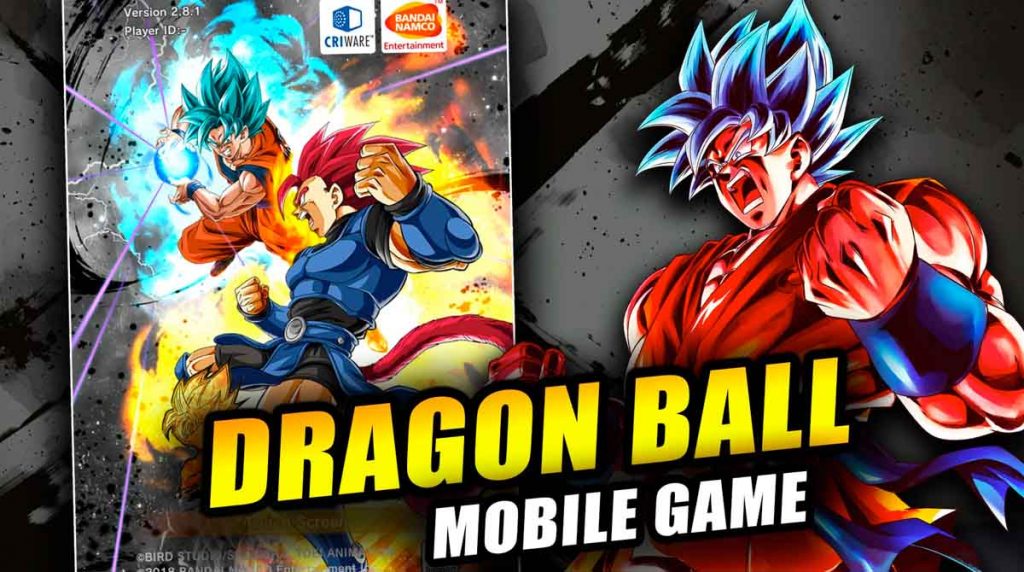 Following the top spot is the exciting turn-based action-adventure game published by Aniplex Inc. – Fate Grand Order. In this anime game, you’ll take the role of the skillful master of servants, and you need to immerse yourself in various scenarios from the visual novel.

In this awesome anime game, you are tasked to control six servants, where the three will become active while the others will be your reserves. Here, you’ll utilize different cards to command your servants. And it will be more effective if you’re more strategic in deploying a card to get an advantage in the game. 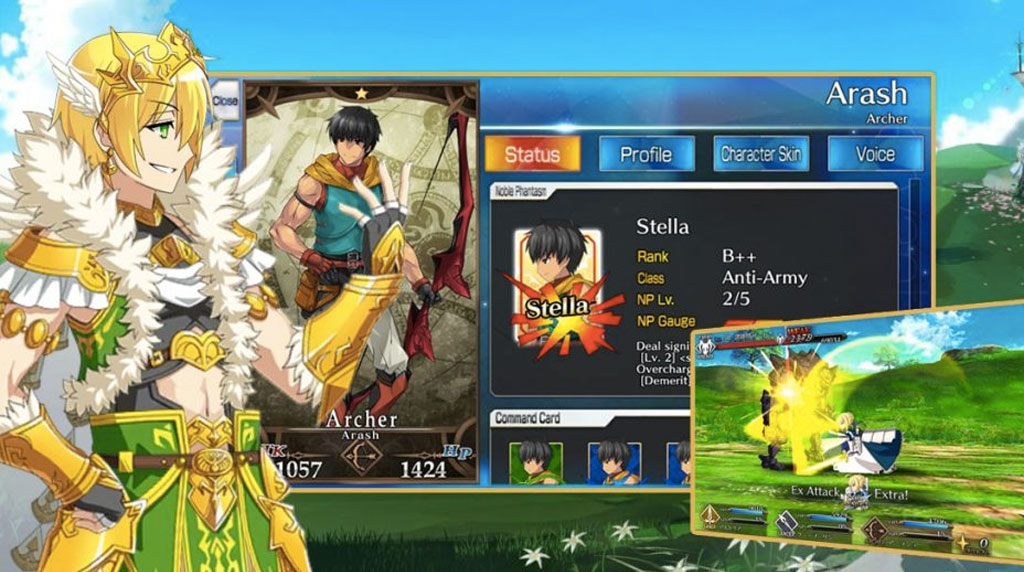 If you’re more enthusiastic about Princesses based on anime games, then you should not miss having Princess Connect! Re: Dive on your kit. This anime game was published by Crunchyroll Games, and it’s a role-playing game that tackles more powerful warrior princesses that depicts unique personalities and how they deal with different monsters along their way.

In Princess Connect! Re: Dive, you’ll get a chance to choose from 50 princesses, and each of them possesses unique abilities and awesome armor on their shoulders that will help them annihilate the enemies. Also, every warrior has a story to tell, and you’ll surely be amazed by the breathtaking Japanese-inspired graphics the game has to offer. 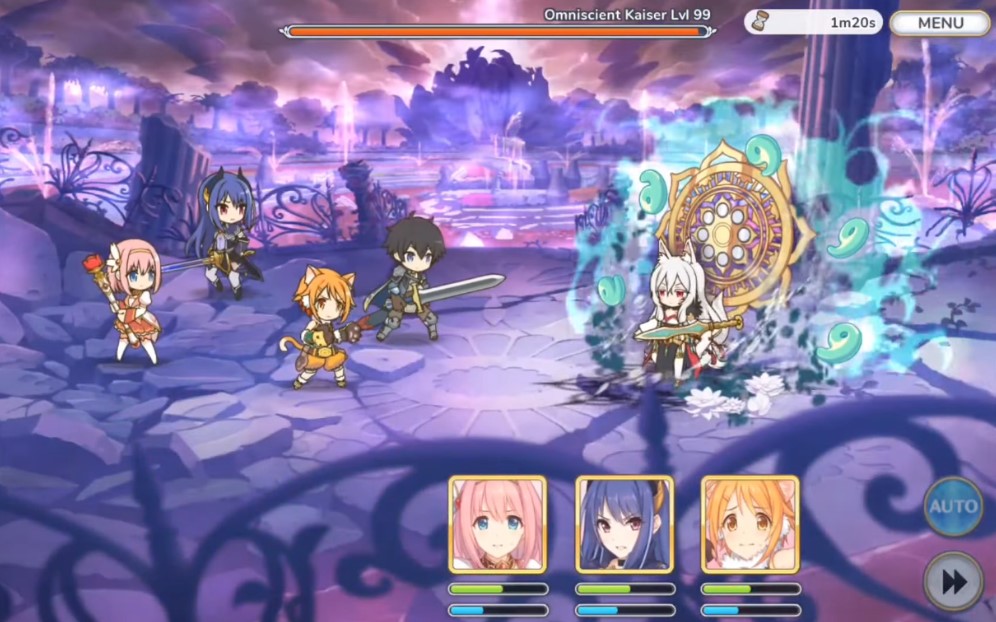 Are you still up for more action and adventure? Then, you better spare a spot for KonoSuba: Fantastic Days. This game was published by Nexon Company and is perfect for manga lovers who know the iconic KonoSuba manga. Therefore, you’ll get a chance to play the characters seen in the manga.

Similar to the usual role-playing games nowadays, KonoSuba: Fantastic Days also starts by showing where everything starts through a spectacular quick cinematic starter. After the short cinematic view, the game will proceed to its tutorial explaining the controls briefly and what goals you need to achieve. You can choose among the game modes offered, like the story mode, where you witness a fantastic story. 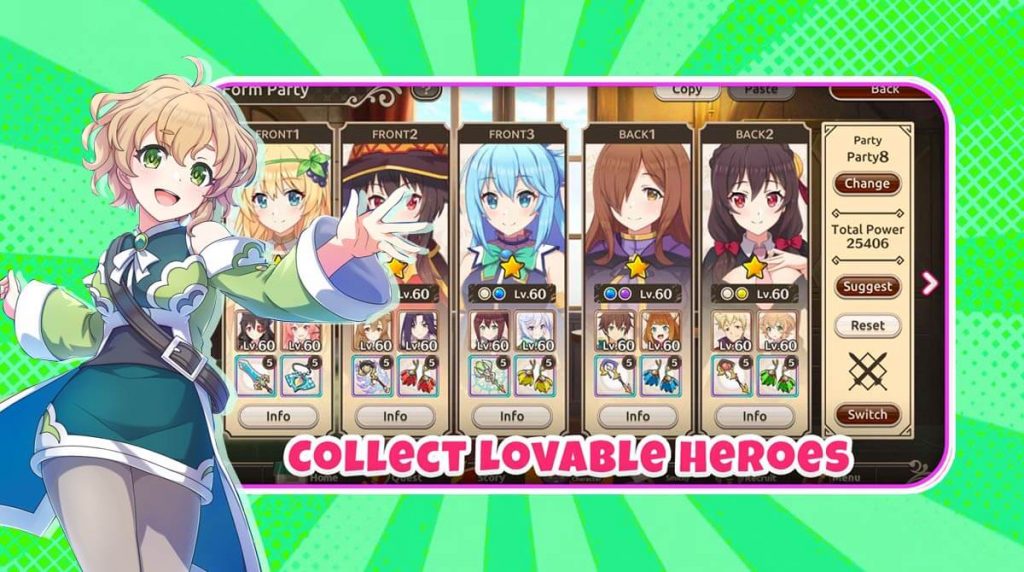 If you’re a huge fan of sci-fi-inspired and anime-based games, you better fire up your PC and download Honkai Impact 3. Published by the iconic devs miHoYo Limited, your main task is to form and control a powerful team of Valkyries and defeat Honkai’s Power.

The Valkyries look like anime characters where you need to develop them and effectively use them in your battles tactically. Here, you will take numerous missions and adventures that will test the abilities of your Valkyries. Will your well-crafted Valkyries can successfully fend off the power of the Honkai? Well, let’s see in this game. 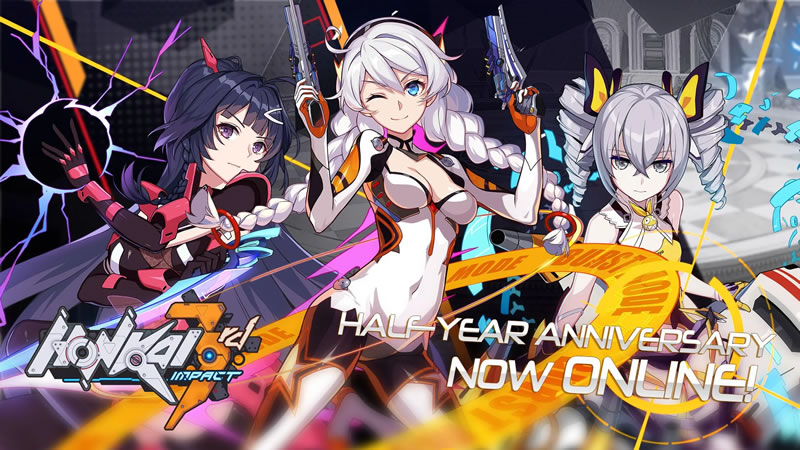 Shout out to all My Hero Academia fans! Now’s your chance to play with your favorite MHA characters by downloading My Hero Academia: The Strongest Hero Anime RPG. This role-playing game created by Sony Pictures Television will set you in a beautiful story and wander in an open world.

This anime game is more impressive because it enables you to play with all characters from the famous anime. You can even include your team, the villains from the anime as well. In the first phase of the game, you’ll be set with one of the famous characters of My Hero Academia, Izuku Midoriya. 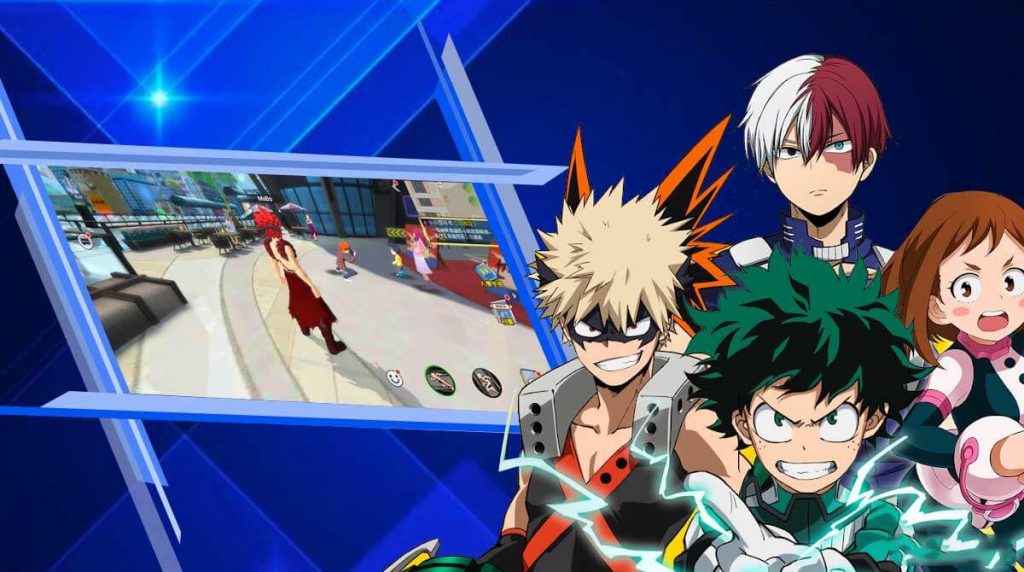 Who among us is unfamiliar with the iconic Loofy from the famous anime One Piece? Well, luckily, you can get a chance to play Loofy and the entire group by playing One Piece Treasure Cruise. It’s another fantastic role-playing game published by BANDAI NAMCO Entertainment. If you’re familiar with the storyline of the anime, you already have an advantage in this game.

As mentioned above, In this anime RPG, you’ll get a chance to play with thousands of One Piece characters and create your powerful squad who will help you with your adventure. Along with your squad, you will face different enemies, help Luffy become the ultimate Pirate King, and get all the ships. 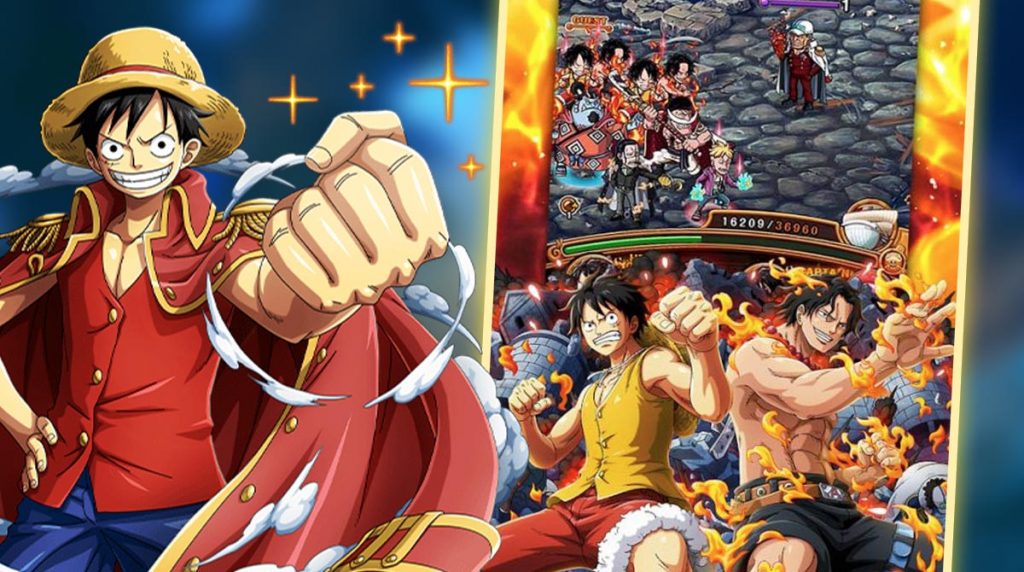 Adding to our ultimate list of best anime games is Ateam Entertainment’s Valkyrie Connect. If you’re the type of player who loves immersing yourself in challenging battles, then you shouldn’t miss having this fantastic role-playing game. In this game, you’ll get a chance to witness a classic mixture of Norse Magic and Japanese languages that will surely catch your interest.

In this anime game, you’ll be set in a Scandinavian-inspired environment along with your hero. You’ll witness your hero speaking in Japanese and fighting against different players. It would be best to annihilate all of your enemies until you reach the boss to proceed to the next level. 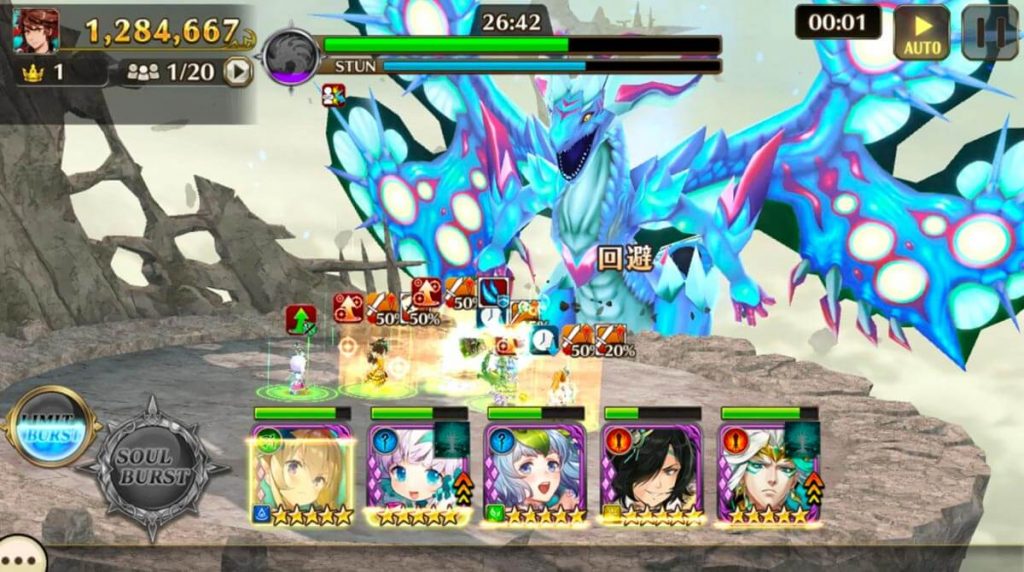 If you’re a certified Otaku, you’ll know who Saitama is. Well, this must be your lucky day as you can play with Saitama and the other heroes in the well-known anime by playing One-Punch Man: Road to Hero 2.0. With the help of OASIS GAMES LIMITED, you get a chance to play with iconic anime characters, whether a hero or villain; it’s your choice!

In One-Punch Man: Road to Hero 2.0, you are tasked to create your powerful squad of heroes or villains and effectively control them to fulfill the Hero Committee’s objectives. Some quests instruct you to save various citizens and annihilate a group of villains. All of your quests are very challenging, so it will be better if you’ll set your characters at the optimum level. 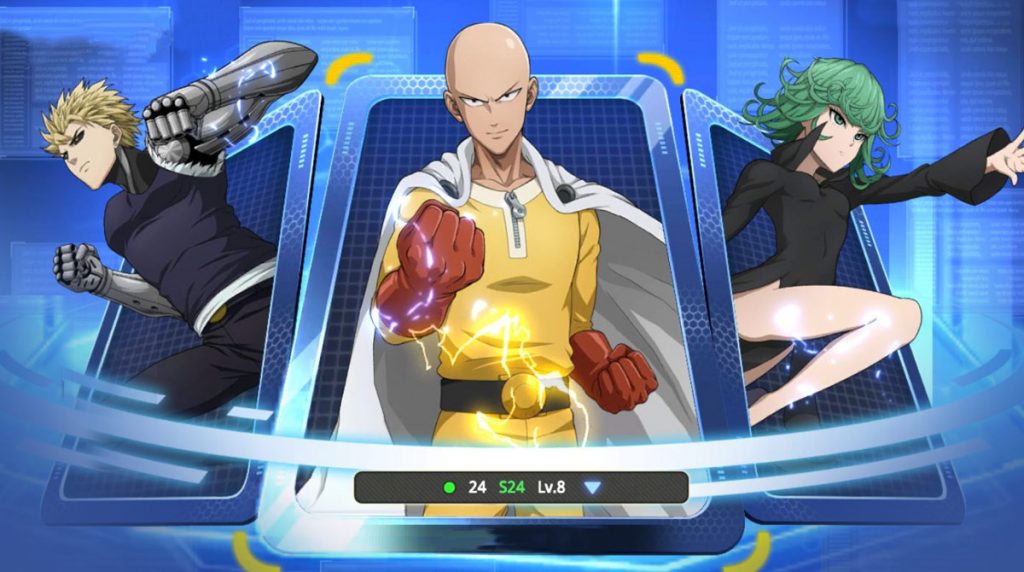 On the last spot of our list of best anime games is another creation of BANDAI NAMCO ENTERTAINMENT INC. – SAO Unleash Blading. If you’re familiar with the famous Sword Art Online anime series, you shouldn’t miss having this game on your kit. In this turn-based strategy role-playing game, it will be a great advantage if you’ll be familiar with the series as it encompasses similar content derived from manga, novels, and anime.

In this game, it will be great if you’ll unleash your best skills in using swords, spells, and strategies in your battles. Also, as you begin playing this game, you’ll get to know more about your characters and their stories. As you progress, don’t miss upgrading them with the hard-earned perks you’ve obtained from your previous battles. 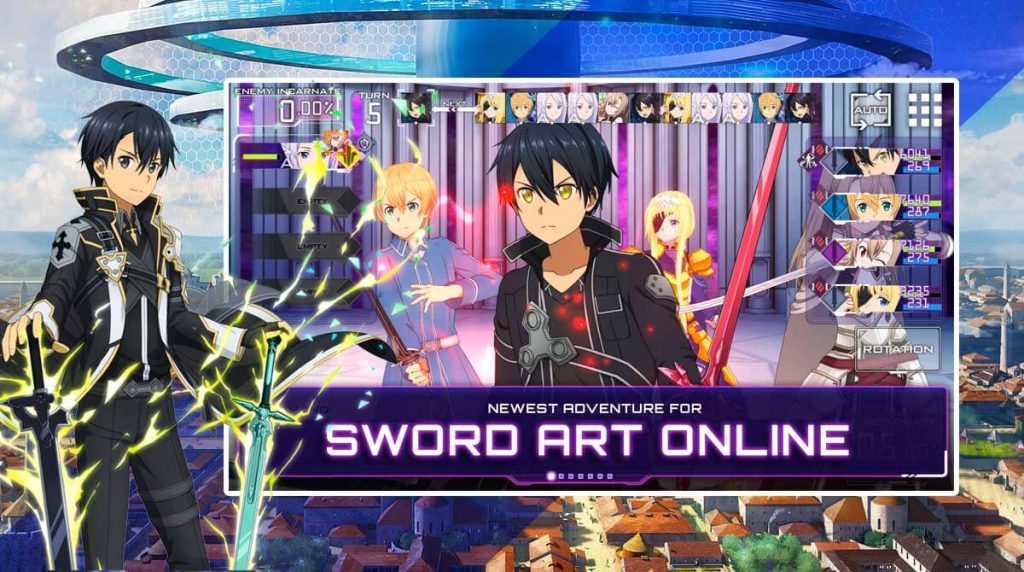 So, there you have it! We hope that this list of anime games helps you find the best titles. These are games you shouldn’t miss playing on your PC. Though there are loads of available anime games, this list can be a good starting point in finding out which games deserve a spot on your PC. But if you’re looking for more anime games, feel free to find what suits your preferences here in EmulatorPC.