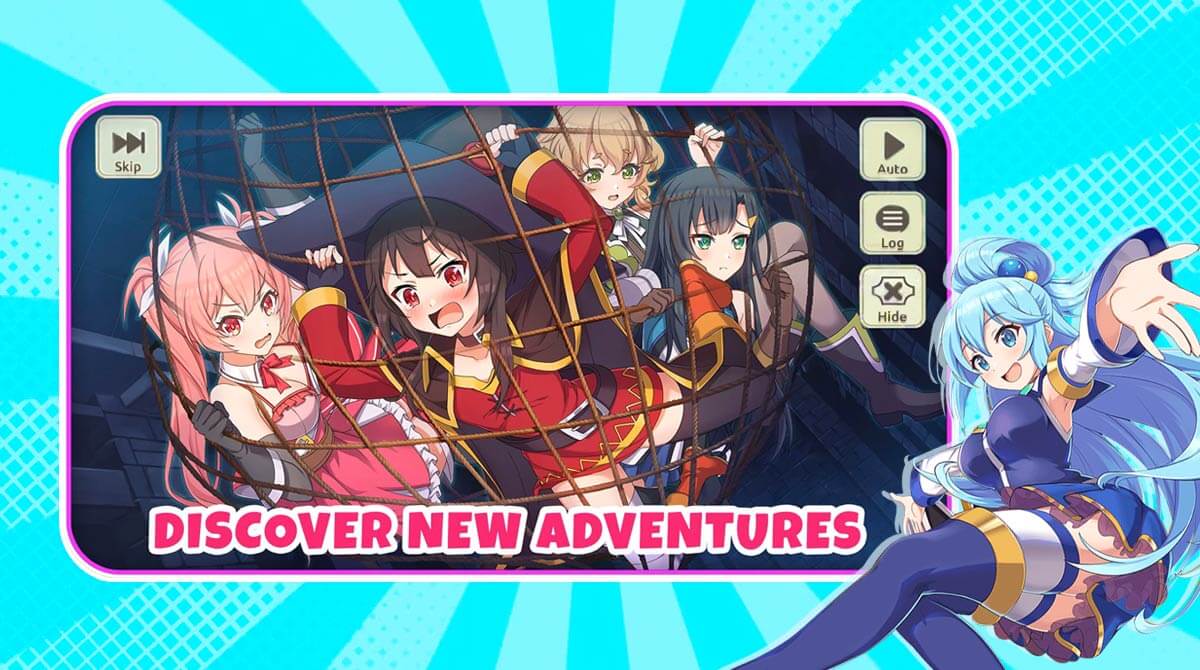 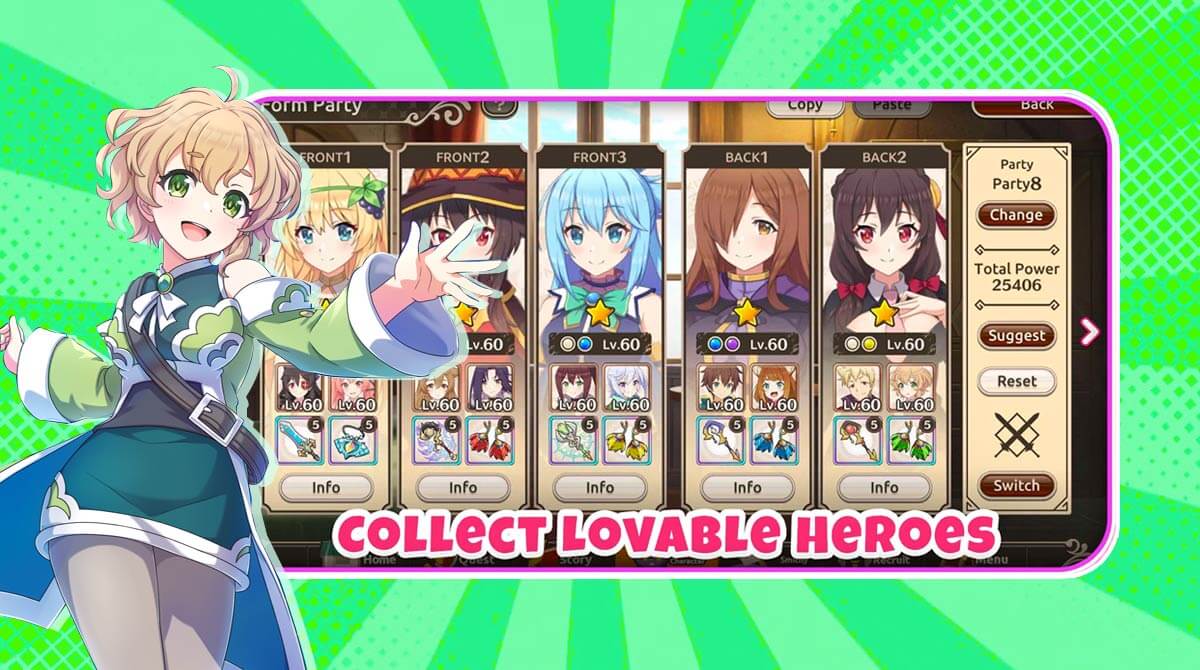 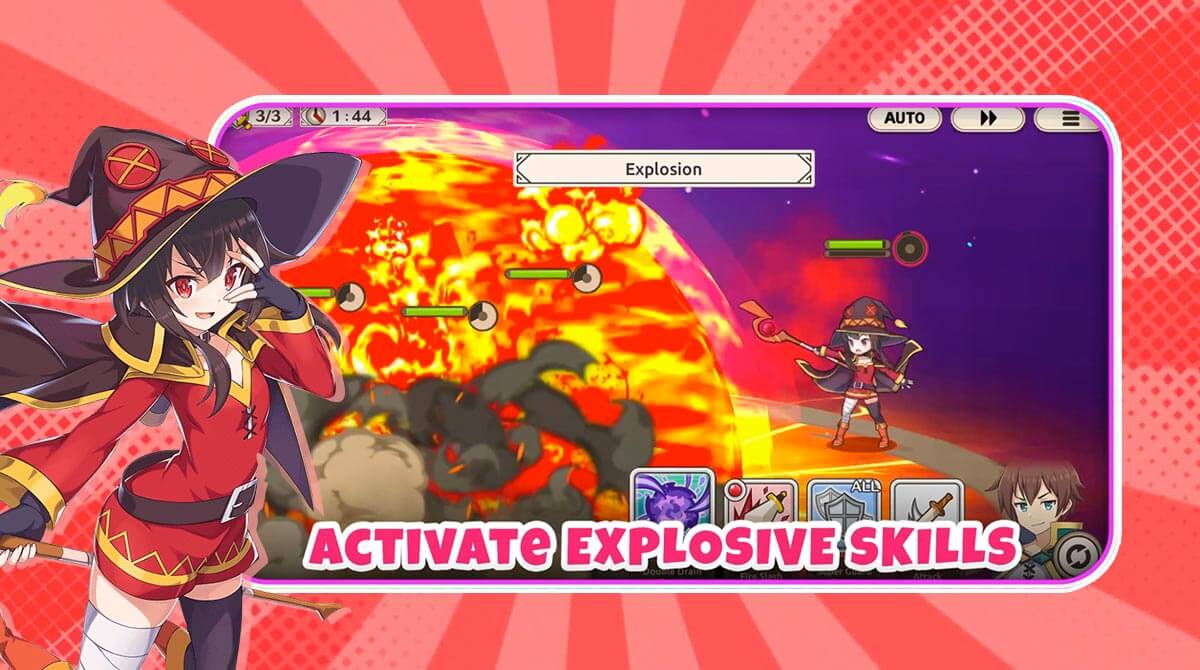 If you enjoy playing RPGs, like Crush Them All and Taichi Panda, then you will also enjoy playing KonoSuba: Fantastic Days. It’s an action-adventure RPG published by NEXON Company. The game features characters from the KonoSuba manga, so you’ll recognize many characters here if you read the manga. Even if you haven’t read it, it’s a game you’ll still enjoy with anime-like graphics, epic adventures, and action-packed battles. The game features a compelling storyline, which further makes it an awesome game to play.

Learning The Gameplay Of This Adventure RPG

Like with many RPGs out there, KonoSuba will begin with a short cinematic that will introduce the storyline. After that, there will be a tutorial for the battle sequence that you can choose to skip. It’s best to push through with the tutorial, especially if it’s your first time playing RPGs. It will teach you the basics of the battle sequence, taking turns, using skills, and targeting enemies.

After the tutorial, there’s going to be another cinematic to further showcase the story. You can choose to skip it if you want, but it’s okay to watch it since it’s just like watching an anime. After that, you get to experience your first gacha to add more characters to your team. KonoSuba offers 10 free tickets to use to gacha new heroes. The great thing about this is that it will usually guarantee at least 1 high-ranking character to start with. Once you’re done, you proceed with the tutorial to learn more about the gameplay and mechanics.

Like with any RPG, there are many game modes available, but the story mode is what you want to play if you like to progress. The other game modes can help you get stronger and earn awesome rewards. It’s also worth noting that gacha will be a big part of this game. Your ability to do well in battle will depend greatly on the heroes that you have on your team.

So you will likely have to do a lot of gacha to get strong characters and form a powerful team. KonoSuba is like any RPG, except that it features anime-like graphics, so when you play, it’s like watching anime as well.

For more role-playing games, there’s a variety you can discover here at EmulatorPC! Just browse through the site now. 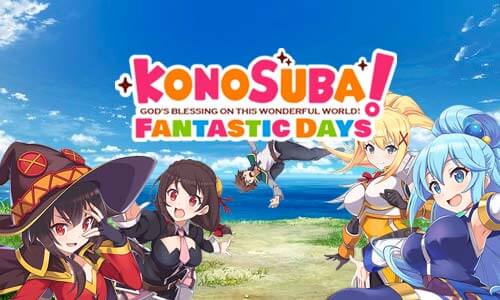 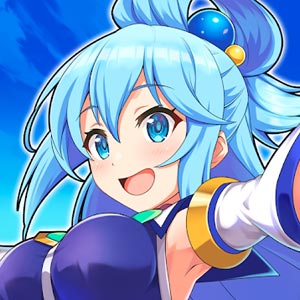 All KonoSuba: Fantastic Days materials are copyrights of NEXON Company. Our software is not developed by or affiliated with NEXON Company.