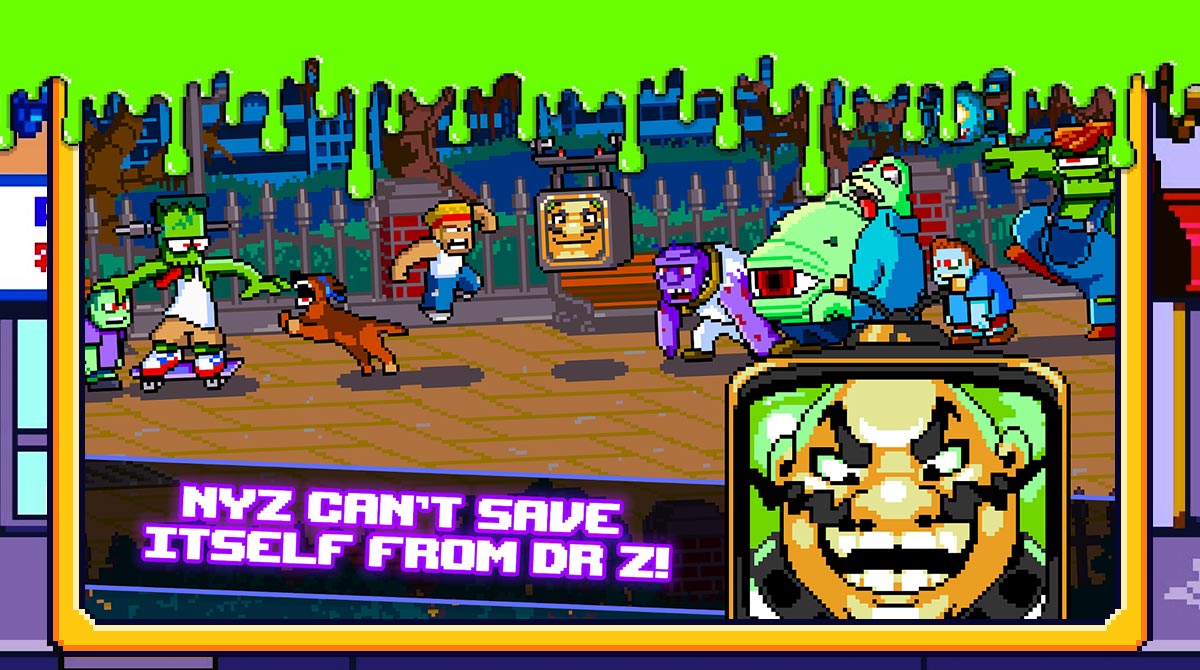 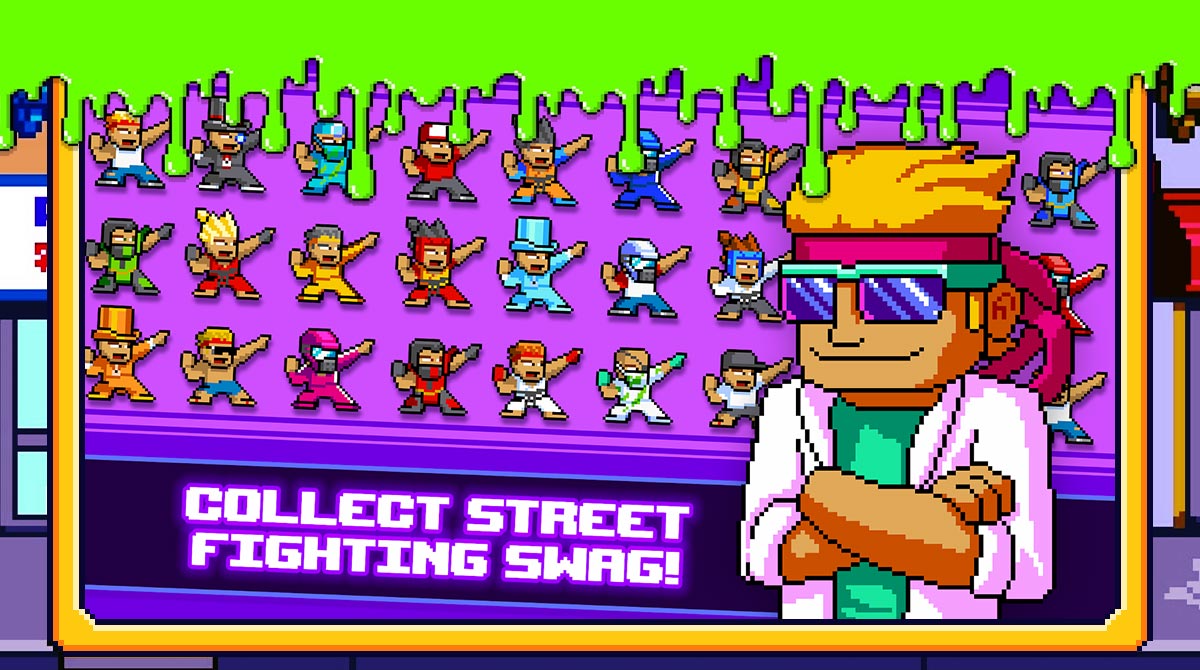 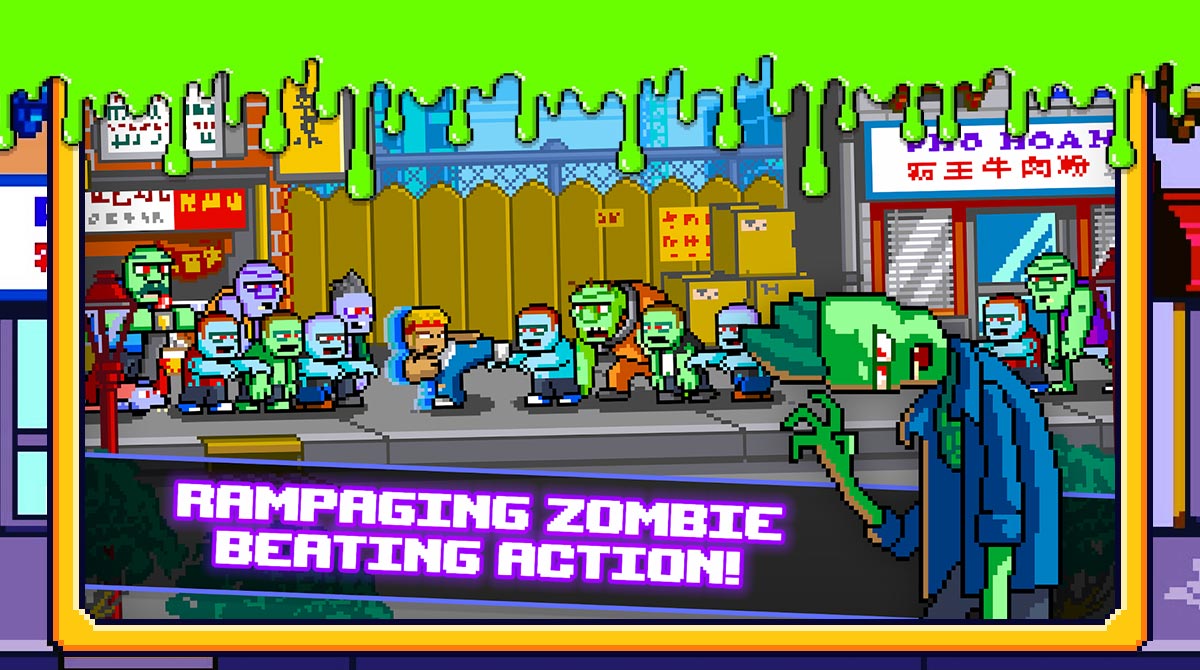 Experience a unique mix of martial arts and zombies as the acclaimed Kung Fu Z makes its way to the PC. Unleash your kung fu skills and plow through hordes of zombies plaguing the planet. Reclaim what’s left of humanity by destroying zombie bosses at the comfort of your PC. Become the ultimate martial arts master and unlock the untapped abilities of your character today! What is Kung Fu Z?

Kung Fu Z is a freemium 2D side-scrolling arcade game developed and published by Tiny Titan Studios in 2018. As the title of the game implies, Kung Fu Z is a mix of Kung Fu and zombies packed in pixel art graphics. Players in the gameplay play the role of a white belt Kung Fu practitioner named Zak. Dubbed as the world’s last hope, Zak must fight the invading hordes while unlocking his untapped abilities in the process.

The game allows players to perform insane combos and explosive moves towards their enemies. In addition, the game also boasts epic boss fights, a plethora of combat gear, sidekicks, retro BGM, seamless progression, and much more! Since its inception, Kung Fu Z has managed to accumulate millions of installs on the Android platform alone. The game also boasts an impressive 4.48/5 from thousands of players across the globe. Now is your chance to experience this fun and exciting game on your PC. Simply follow the download instructions provided on this page.

How to Play Kung Fu Z on PC?

To play Kung Fu Z on your computer, you need to download the full version of the game on your device. After the download is complete, you will be able to see the thumbnail icon of the game on your desktop. All you need to do is click on the thumbnail icon to open the application and access the game. Moving forward, Kung Fu Z will treat you to a comic book-inspired introduction the moment you open the game.

After the short intro, the game will begin the tutorial phase which is mostly about the rules and mechanics of the game. This is because your character Zak will automatically attack the zombies within range. Furthermore, Zak will automatically level up and acquire new abilities the moment you reach the end of the first level. In addition, you will also engage in boss fights at the end of each level. Simple right? So what are you waiting for? Download and play Kung Fu Z on your PC today! 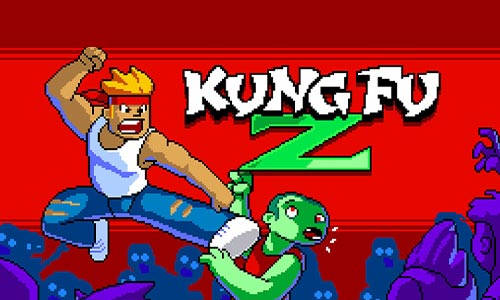 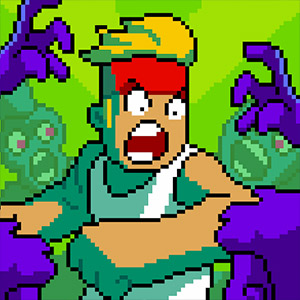