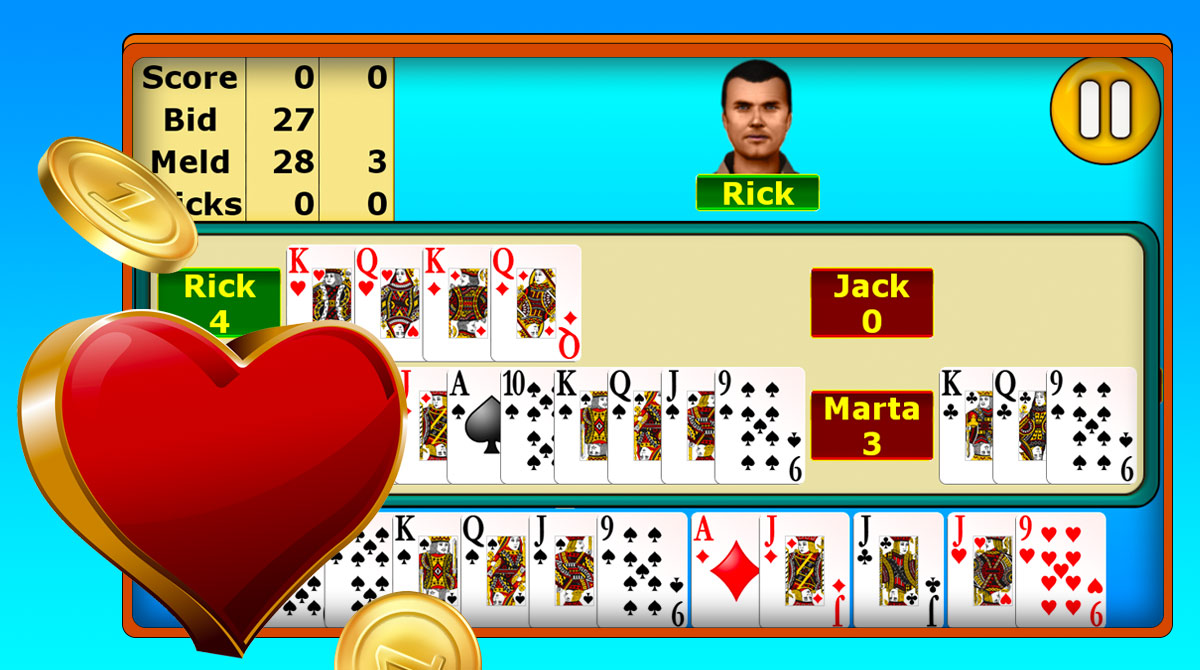 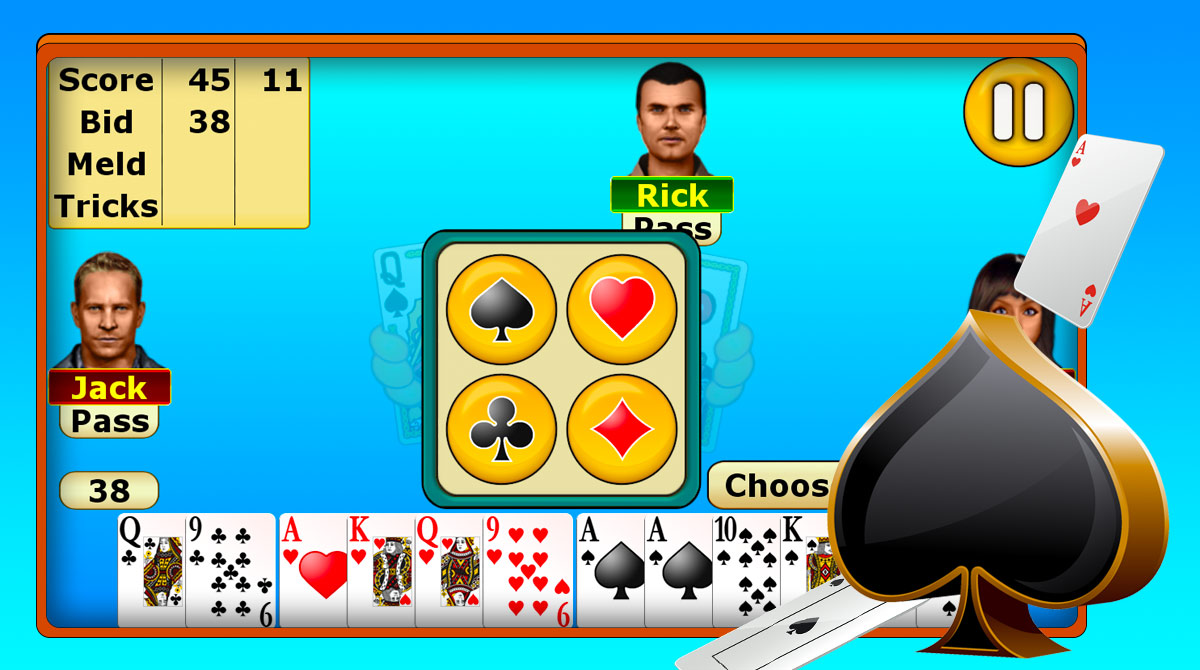 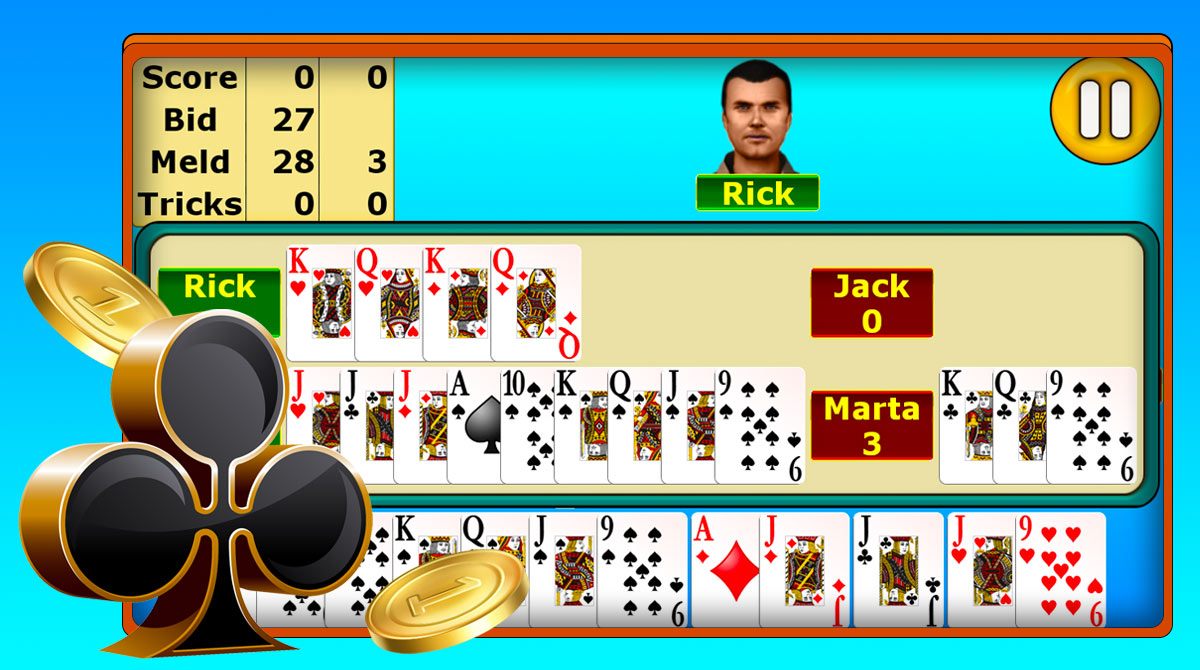 If you’re looking for a fun and exciting game that you can play, then try Pinochle. It’s a casual card game published by KARMAN Games. Pinochle is also known as a trick-taking Ace-Ten card game. In this game, your goal is to be the first team to score 150 points. And you do that by taking tricks or card combinations into melds. The game is played with 2-4 players, with the players sitting opposite each other being a team. It uses a 48-card deck and is usually played with many rounds. It can be played with single-decks or double-decks.

Learn How To Play Pinochle

Pinochle is not like many games since there won’t be a tutorial on how you’ll play it. But don’t worry since the game does have a how-to-play menu where you can learn about the rules of the game. The game is played with 2-4 players and will usually begin with bidding.

It’s important to note that this game will not be using all the cards in the deck. It will only use the Ace, 10, King, Queen, Jack, and 9. The Ace has the highest value and the 9 the lowest. During the bidding, players will bid the number of points they think they’ll win in 1 round. The one who has the highest bid gets to decide what the trump suit is. This is the suit that will have the highest value in the game. After that, there’s going to be the melding phase.

After Bidding Comes The Meld Phase

The melding phase is where all players show the combination that they have. There are various combinations available and each combination can earn you points. After melding, players start to take tricks. The player who’s the lead can start whatever card they put down. The rule for taking tricks will depend on who puts down the card with the highest value, in this case, the Ace and then 10.

In case you don’t have any other card of the same suit to put down, you can put down a card from the trump suit. The trump suit will automatically be the higher value card on the floor unless a trump suit with a higher value is placed down. That’s basically how the rules of Pinochle work.

If you’re looking for other card games to play, you can check out Tranca Jogatina or Cribbage Classic. They’re both fun and exciting card games that you will also enjoy playing. They’re also available for free! 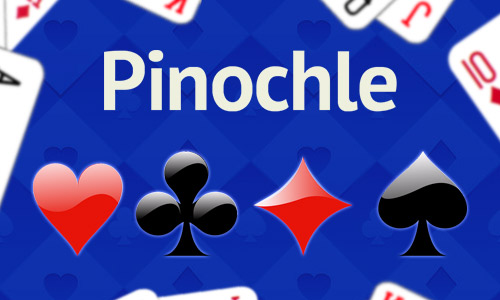 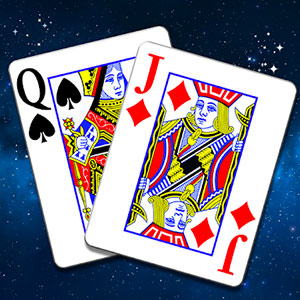 All Pinochle materials are copyrights of KARMAN Games. Our software is not developed by or affiliated with KARMAN Games.