Over the years, tanks have played a major role in two of the biggest conflicts in human history. Its debut during the First World War led to an arms race that will eventually transform these so-called mechanical beasts as the most important weapon in the Second World War. If you are part of the millions who are fascinated by these machines, then, try World of Tanks Blitz MMO. Armored Warfare At Its Finest

Conceptualized in 2008, World of Tanks is a AAA game that brought armored warfare into the massively multiplayer online scene. As the first online game of Wargaming.net, World of Tanks is one of the largest in the CIS gaming industry. The franchise is one of the first games to employ the use of the Freemium business model. It provides players the option to purchase virtual items using the real-world currency in a free-to-play game.

World of Tanks Blitz is a light version of the iconic multiplayer game. Compared to the base game’s 15v15 multiplayer battles, WOT Blitz can only accommodate 7v7 battles. World of Tanks Blitz also comes with 26 arenas which are 10 maps less compared to the original game. Other than that, WOT Blitz follows the same gameplay structure as the base game.

World of Tanks Blitz MMO features a garage packed with over 350 historically accurate, experimental, and alternate universe armored vehicles. Explore and manipulate tanks of all shapes and sizes from all categories. Dominate the battlefield using classic vehicles like the British MK IV, the US M4 Sherman, or the Soviet T 34.

Jump into the battlefield using experimental tanks based on actual blueprints. One example is the American T28 tank destroyer, which is for breaching fortifications. In addition, it would help to spend some time learning about the four types of tanks. Getting familiar with the various tanks provides players an idea of how to approach a certain unit. In other words, it allows you to choose your battles carefully.

Ride The Battlefield with Players Against Gamers

World of Tanks Blitz MMO, just like the base game, employs the use of a freemium business model. Nevertheless, the game’s developer made sure that the model does not interfere with the competitive aspect of the game. In other words, having the biggest tank on the battlefield without the proper strategy does not make you king. However, it will make you the biggest target.

World of Tanks Blitz also comes with a deep progression system that allows players to explore 10 tiers of tanks. Get hold of various tanks from the tier 1 Cunningham to the tier 10 AMX-50 French Heavy tank. Unlock and access all tiers by simply playing the game.

Rising through the ranks is necessary for those who want to gain access to powerful tanks. It also allows players to participate in ranked battles and tournaments once they reach the seventh tier. Do take note that after reaching tier V, tanks can eliminate all the tanks below the tier.

Play World of Tanks Blitz on PC for free using our EmulatorPC. It’s optimized to run even on low specs gaming rigs. Try other competitive multiplayer titles like Art of War 3 or Modern Strike Online. Play games the best possible way– straight from your PC. 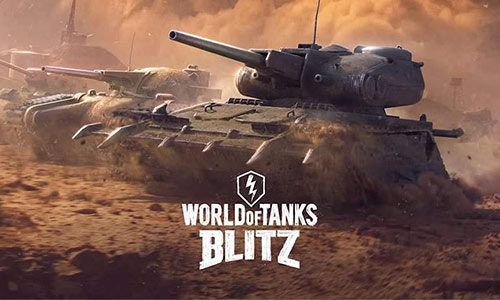 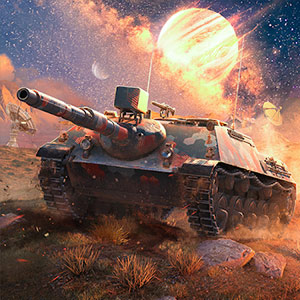