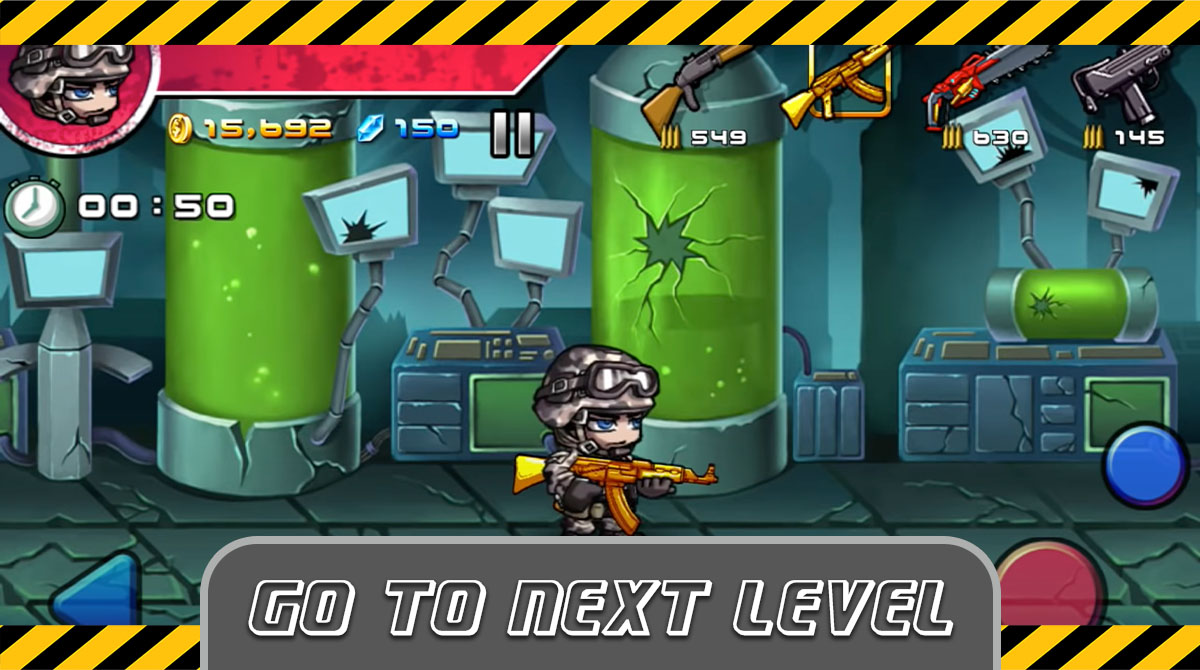 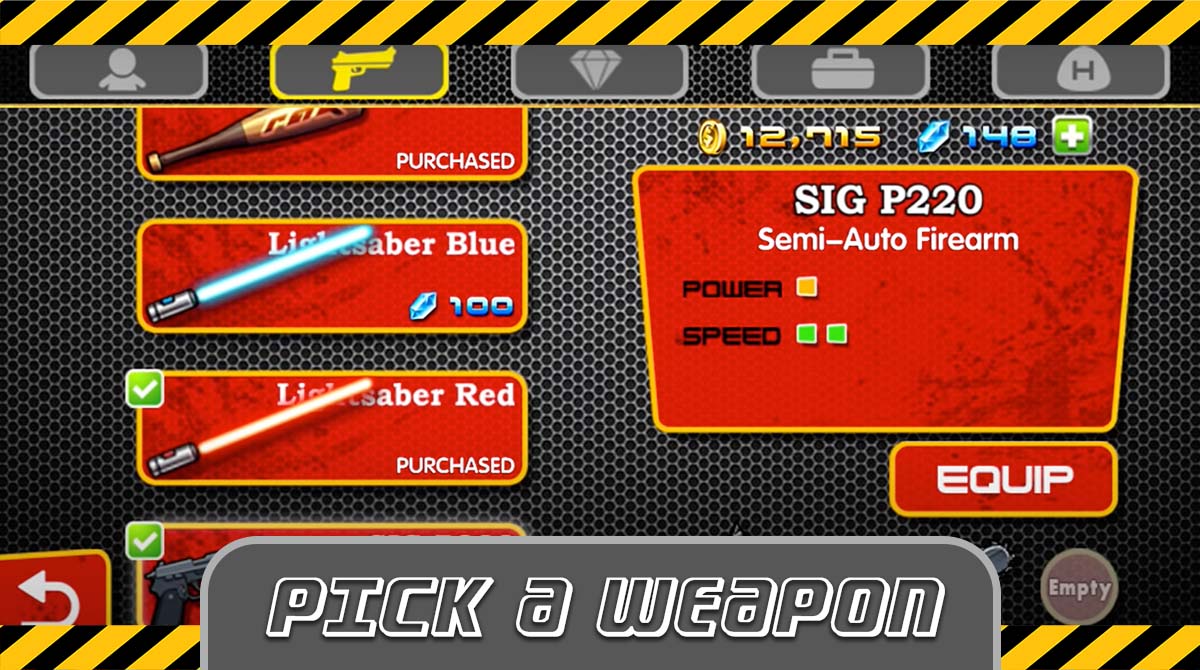 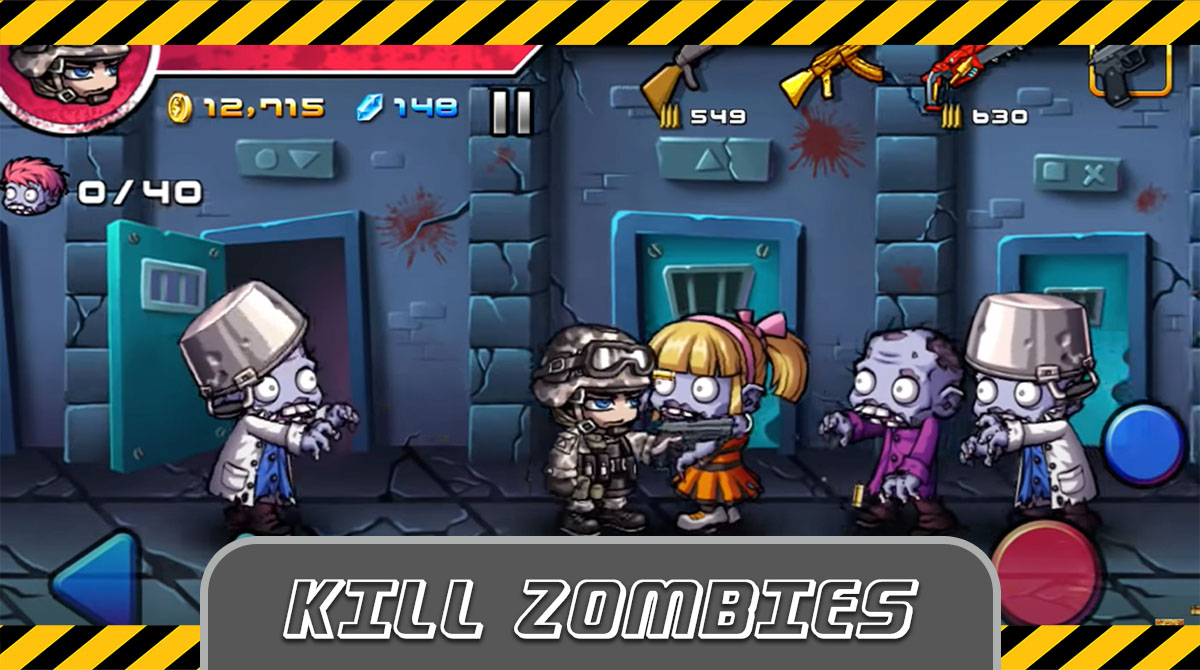 What will you do in a zombie-infested world? Well, you do whatever you can to survive. This is what you’ll do in Zombie Diary 2: Evolution. It’s an action shooter game where the war between zombies and humans continues. In this game, you play as one of the surviving heroes who’s ready to do anything to survive and battle these zombies. It’s an interesting shooting game that you will enjoy, considering the variety of different tasks present in the game. Let’s discuss in more detail Zombie Diary 2: Evolution and how it’s played. This will let you see how fun the game is. One of the main things that you’ll do in Zombie Diary 2 is to kill zombies. So, in every mission that you’ll do, killing zombies will always be a part of it. Of course, that doesn’t mean that killing zombies is your only objective. The game features many different missions for you to do. There are missions where you need to hold out, or missions to retrieve supplies.

There are also missions where you need to protect something from zombies. These missions are not easy since you will always deal with hordes of zombies. Fortunately, you can purchase more powerful weapons or upgrade existing ones to make them stronger. You can also upgrade your character or unlock new ones to use. Surely, Zombie Diary 2 is a fun and exciting game to play. Let’s now discuss in the next section how it’s played.

How to Play Zombie Diary 2: Evolution

Figuring out how to play Zombie Diary 2: Evolution won’t be a problem. The game will feature a tutorial, in the beginning, to help with the gameplay basics. But even without that, the gameplay is very straightforward, so you can easily learn how to play it.

In terms of controls, you have 3 buttons to use. One is the movement button where you can move left or right. There’s also the shoot button to fire at the zombies in front of you. And there’s a rocket button, where rockets are dropped in your area. This is a great way to deal with hordes of zombies in Zombie Diary 2. But take note that your rocket is limited, so use them wisely.

Your default gun has unlimited bullets, so you can shoot as much as you want. But other guns will have limited bullets. So, be mindful of your available ammo. It’s a simple but fun and challenging game that you will surely enjoy playing.

Game Features of This Strategy Game

Do you enjoy shooting zombies? Then you might enjoy other similar action games like Zombeast or Zombie Frontier 3. Both are fun and exciting action shooter games where you shoot down zombies. 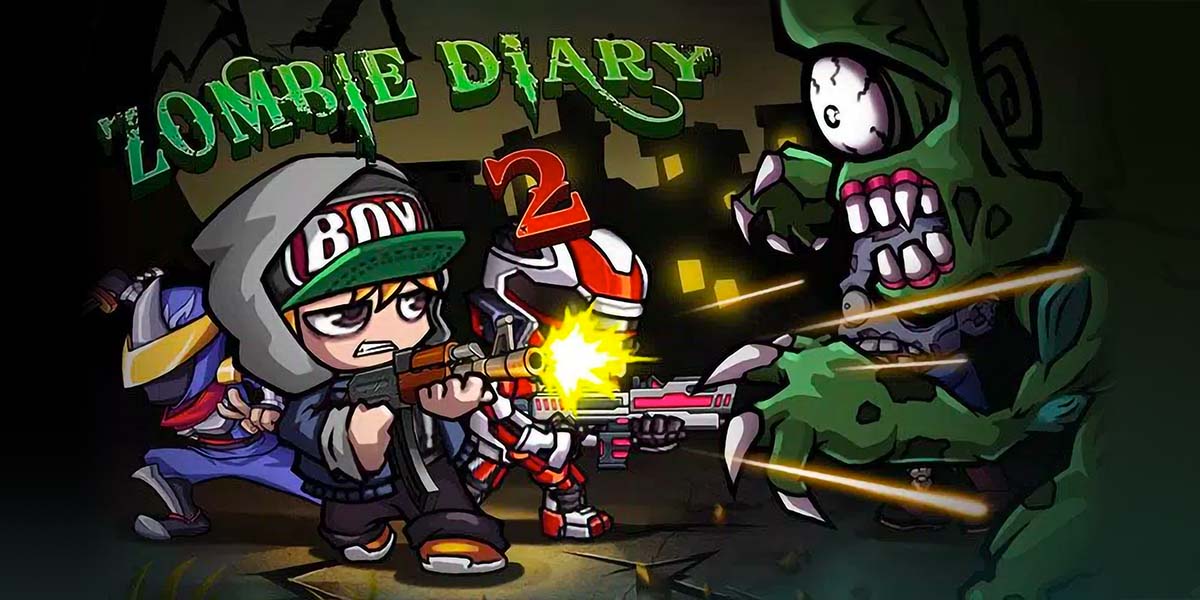 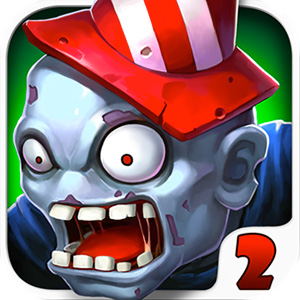 All Zombie Diary 2: Evolution materials are copyrights of Mountain Lion. Our software is not developed by or affiliated with Mountain Lion.