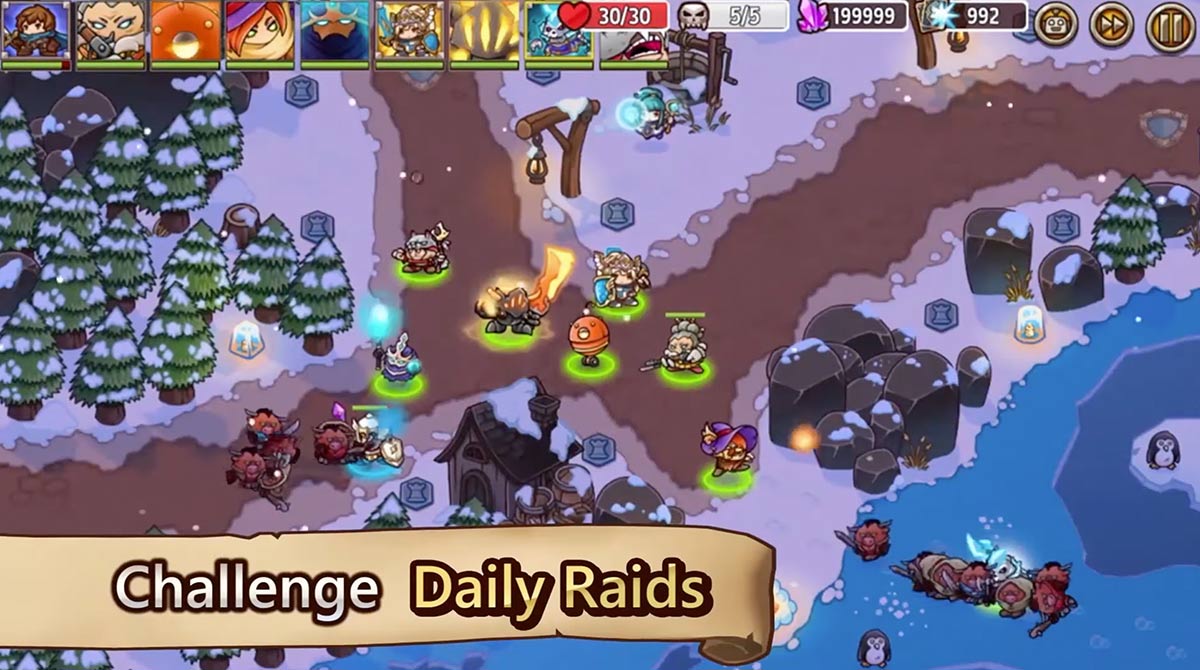 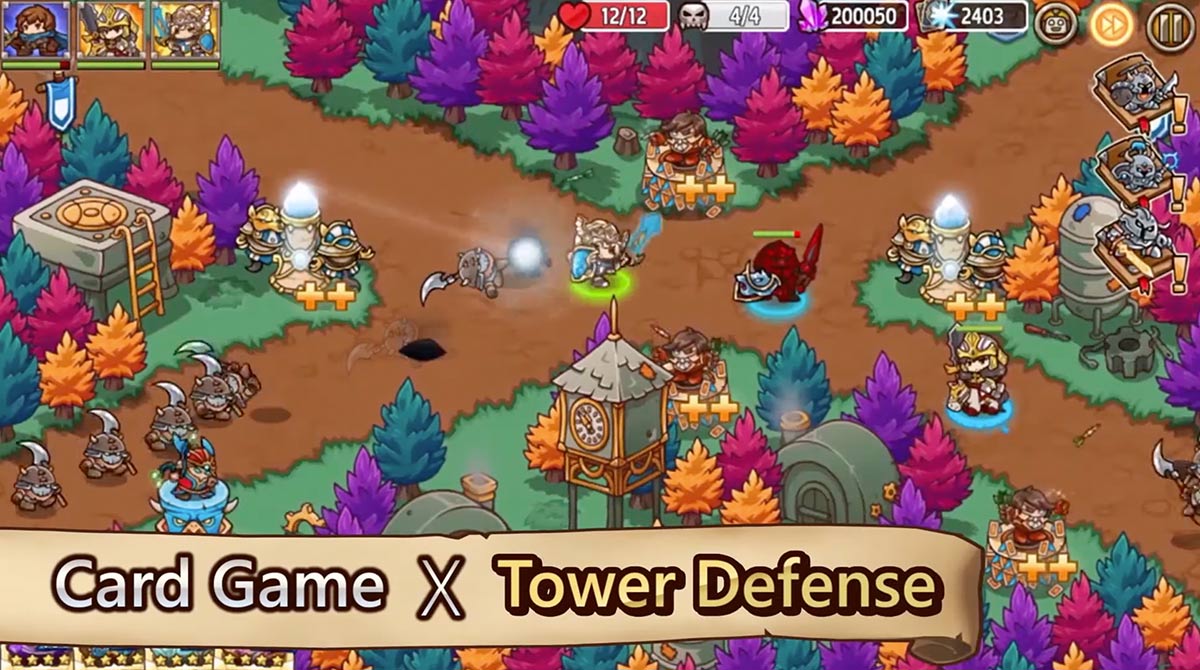 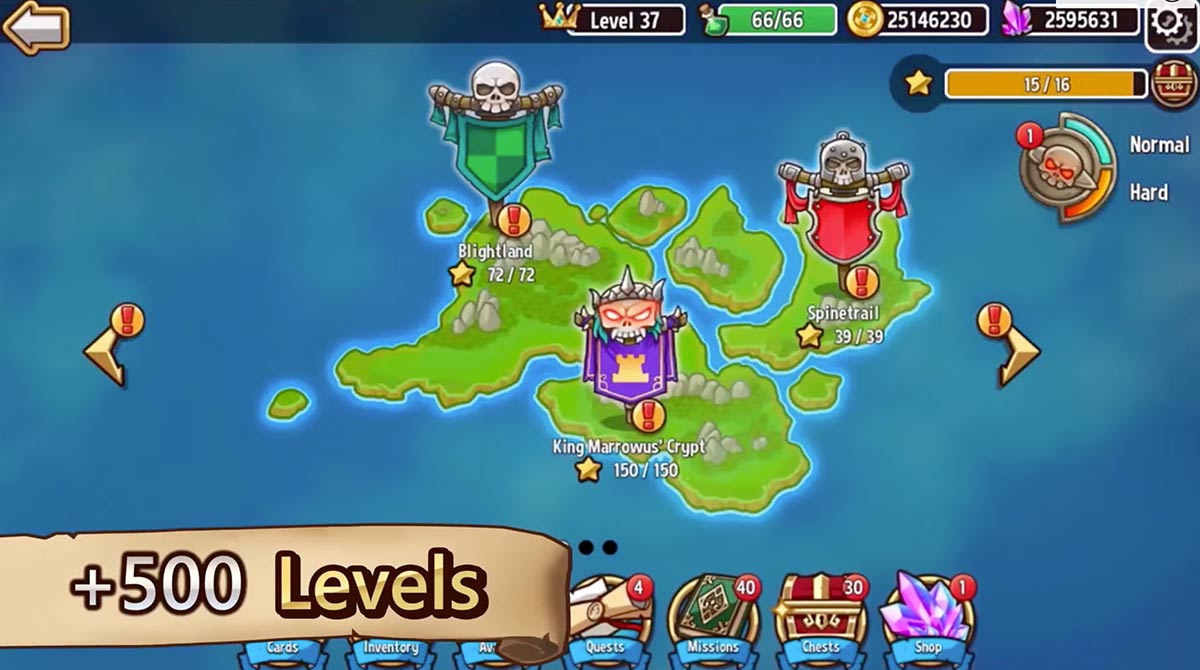 Do you have what it takes to be the best hero in your kingdom? Do you have the guts to save it from various devastating invaders? Well, there’s no need to look further! It’s time to show your worth by playing Crazy Defense Heroes. If you’re immensely fond of playing TD games, you’ll surely figure out what this strategy game is all about. Published by Animoca Brands, Crazy Defense Heroes has similar gameplay to the usual strategy tower defense nowadays. Here, you need to unleash your best skills in developing your kingdom’s defense. You can freely utilize various weapons and spells that can significantly fortify your kingdom’s defense by applying your tactics.

Crazy Defense Heroes – Create Your Most Effective Defense Against Enemies

There are more than 400 hero cards you can use to secure your kingdom. Additionally, there are over 20 epic heroes ready to be unlocked. To boost your heroes’ capability, you need to improve their attack, movement speed, and defense skills.

Don’t be too confident with your heroes as you’ll face different foes like orcs, minotaurs, dragons, skeletons, and more. Aside from your heroes, ensure that your defense towers are efficiently placed in your kingdom to avoid too much destruction. There are more than 1000 levels to take, so keep your strategies intact and effective. It will be great if you’ll take your troops to various weekly challenges and raids to uplift their skills.

What’s more amazing about Crazy Defense Heroes is that it enables you to have clans where you chat with various players worldwide. Aside from communicating with them, you can also share powerful materials with them and embark on multiple clan quests to earn resources and tokens.

Aside from joining a clan, don’t miss the chance to immerse in seasonal invasions, where you’ll do intense boss fights with different dragons and minotaurs and defeat them in exchange for awesome rewards. So, are you ready to take on your most exciting adventure in Crazy Defense Heroes? Play this exciting strategy game now!

Are you fond of playing tower defense games like Crazy Defense Heroes? Well, we’ve got loads of exciting strategy games here in EmulatorPC. For more options, you can download Siege Castles – A Castle Defense & Building Game and Toy Defence 2 – Tower Defense game on your PC for free. 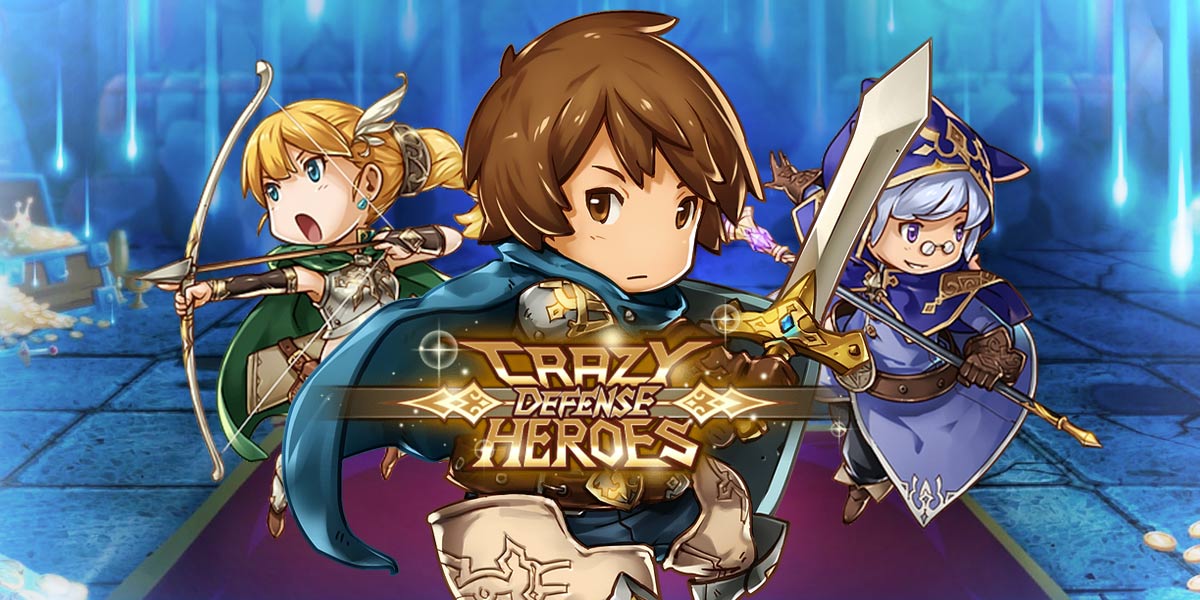 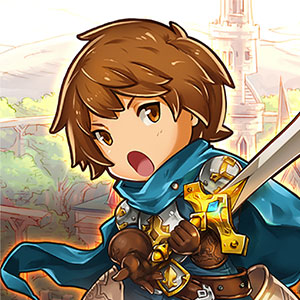