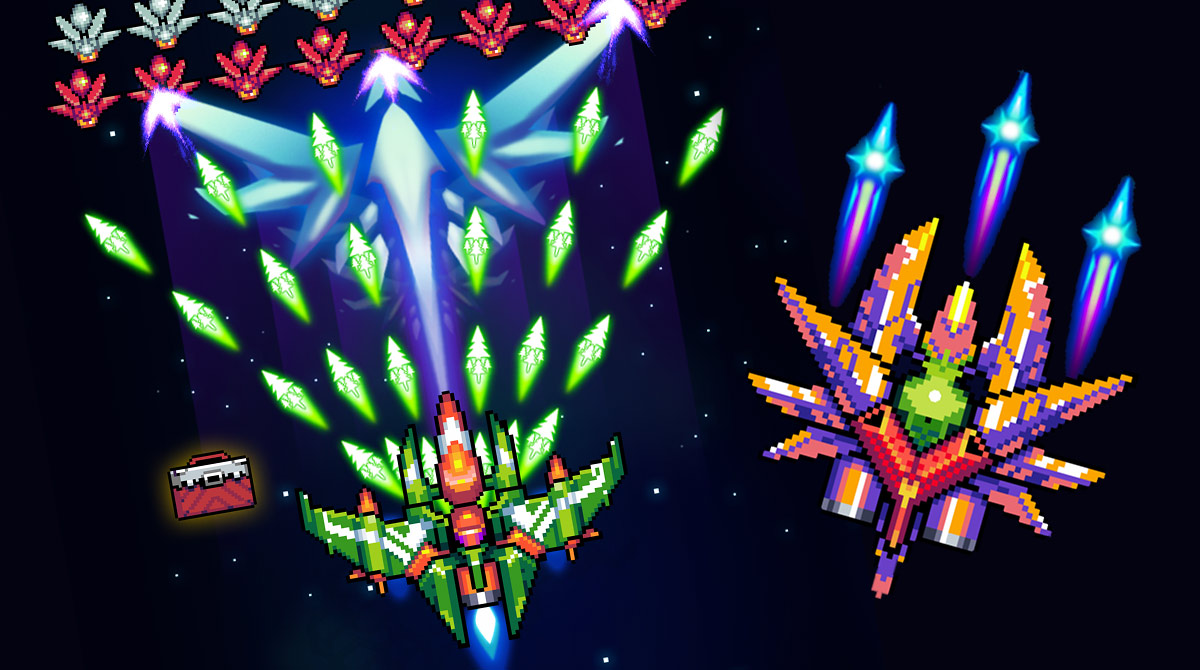 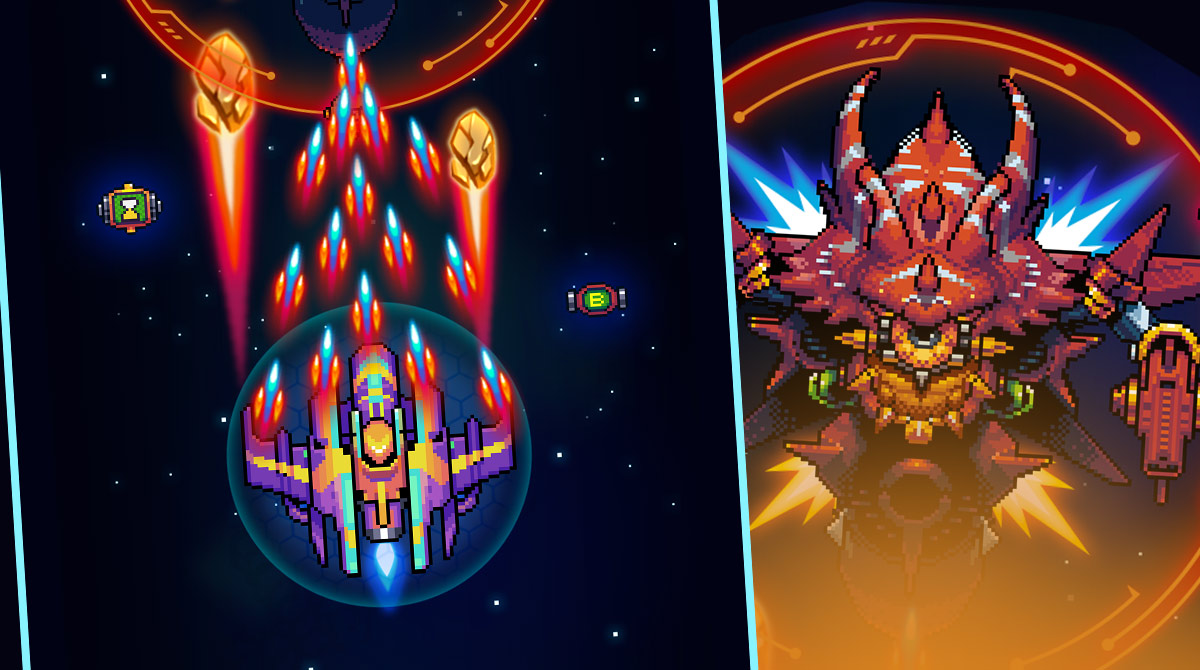 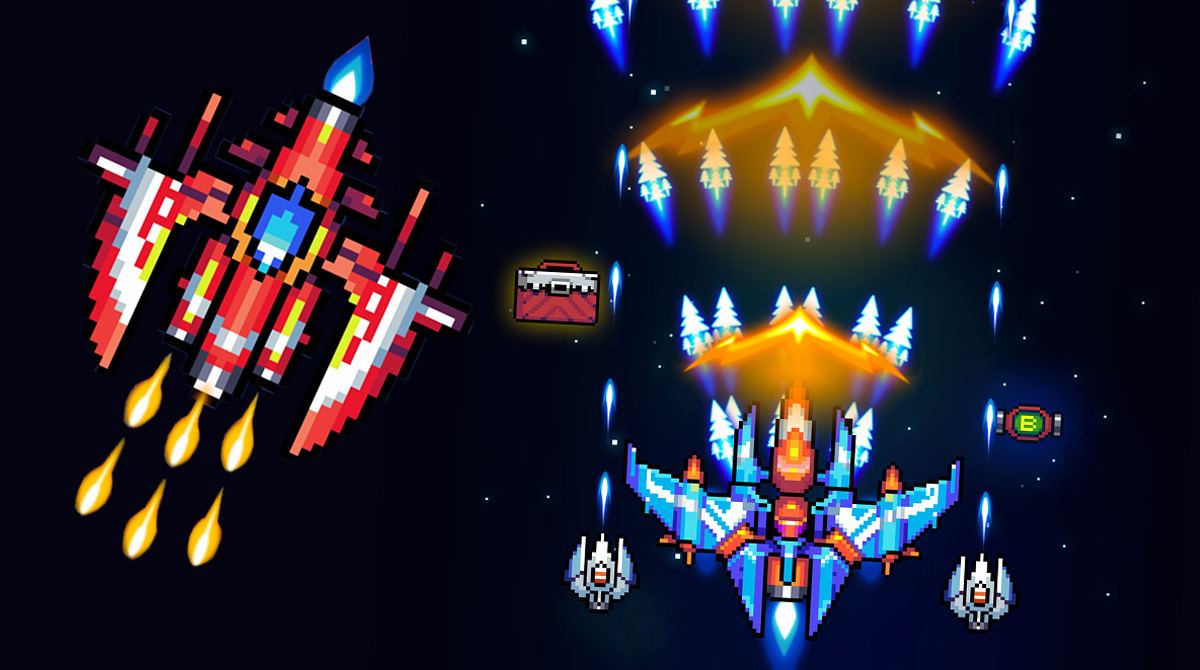 Experience Falcon Squad! It’s a new bullet hell game that follows a surprise attack on humanity that resulted in the loss of numerous colonies. You, a hero who had been exiled, are now returning to take control of your fighter jet in the conflict with the evil alien forces. The question is, do you still have the skills to send the invaders back to where they came from? Find out the game mechanics here! Falcon Squad is a bullet-hell space shooting game for PC that has a resemblance to a 90’s arcade game. The game is set in the not-too-distant future, where humans have conquered every planet in the Known Universe. This made their race the most powerful in the Cosmos. In response to this, all other alien races mobilize their armed forces in response to the possible threat. Then, it bent on wiping off the human race. Enlist in the elite Falcon Squad to assist in the restoration of an old planet for re-colonization. Show who’s the real boss by destroying an unknown threat. Indulge in the rich surroundings, multiple places, and an engaging narrative.

Falcon Squad allow players to create their squadron using the vast hangar full of spacecraft, supporting drones, beautiful wings, and add-on equipment. Each of these comes with a variety of customization options. To make the experience challenging, there are thousands of difficult and breathtaking levels available. In addition, players can also engage in real-time combat where they can take on their buddies. The same goes for random opponents in PvP, 2vs2, and Tourney real-time combat modes. Download this game today and fight to become the top player on the global scoreboard.

Similar to most arcade shooters in the ‘90s, Falcon Squad will take you straight to the main title page. The main title page will showcase your first space fighter along with the various buttons leading to the game’s features. As for gameplay, Falcon Squad is playable with just your mouse since the spaceship comes with unlimited ammunition and auto-fire.

Moving forward, the first thing to remember is that endurance is essential if you want to succeed in beating every level. Take your attention off of targeting your gun at the adversary, even if you’re trying to do so. Instead, concentrate on evading their shots. Your wingmen are unaffected by enemy fire, but you are. Return later to get the star chests, which are available after each seven-level progression and come in threes. You need to gather as many cards as you can since cards are the key to accessing and evolving new spacecraft. By either purchasing gems, winning daily rewards, or opening star chests, you can get more cards.

Check out Event Horizon Space Shooting and Warplanes Inc. WW2 War on Hill if you want to play more shooting action games for free. Feel free to also check the categories tab here on EmulatorPC for other video game genres! 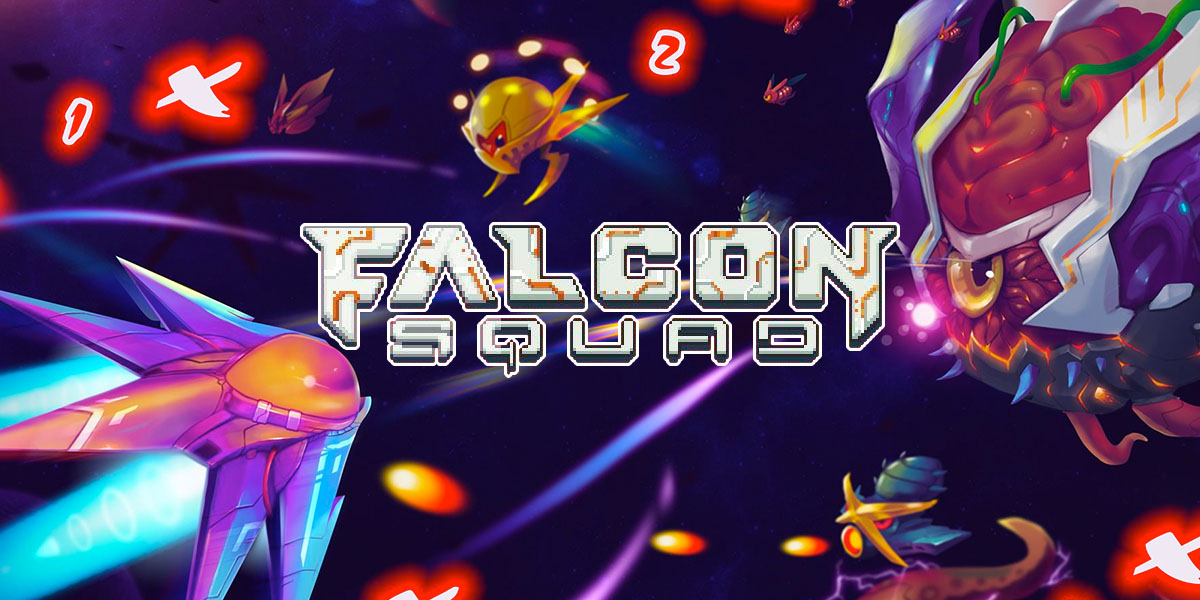 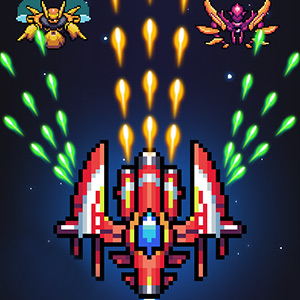 All Falcon Squad materials are copyrights of ONESOFT. Our software is not developed by or affiliated with ONESOFT.