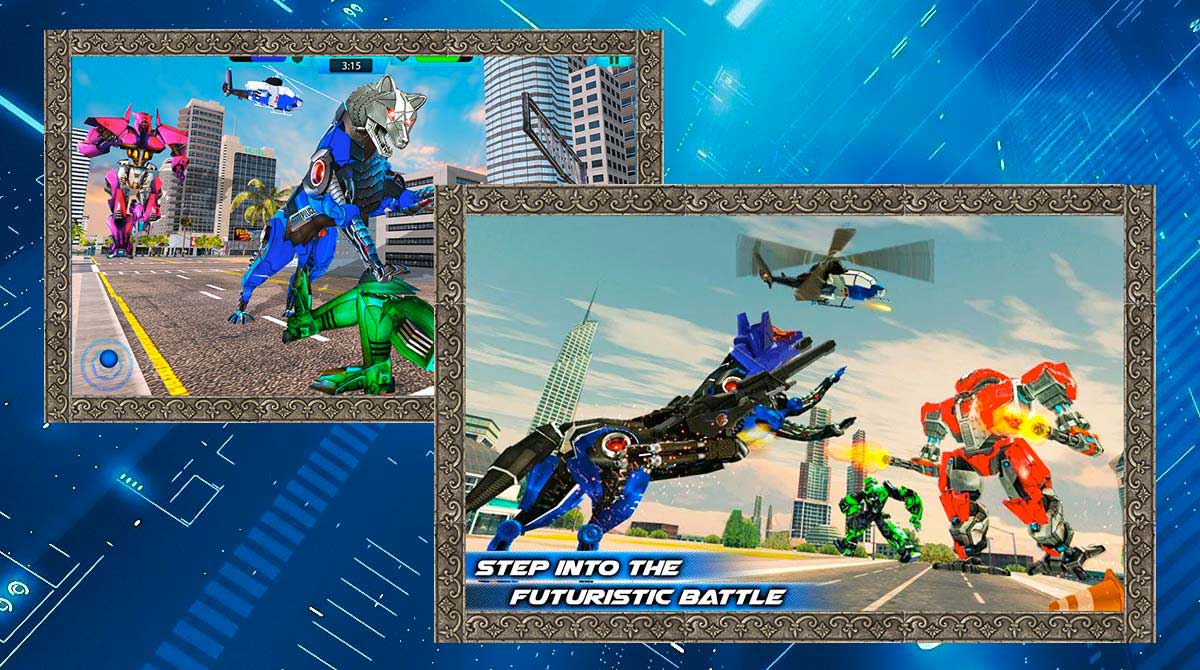 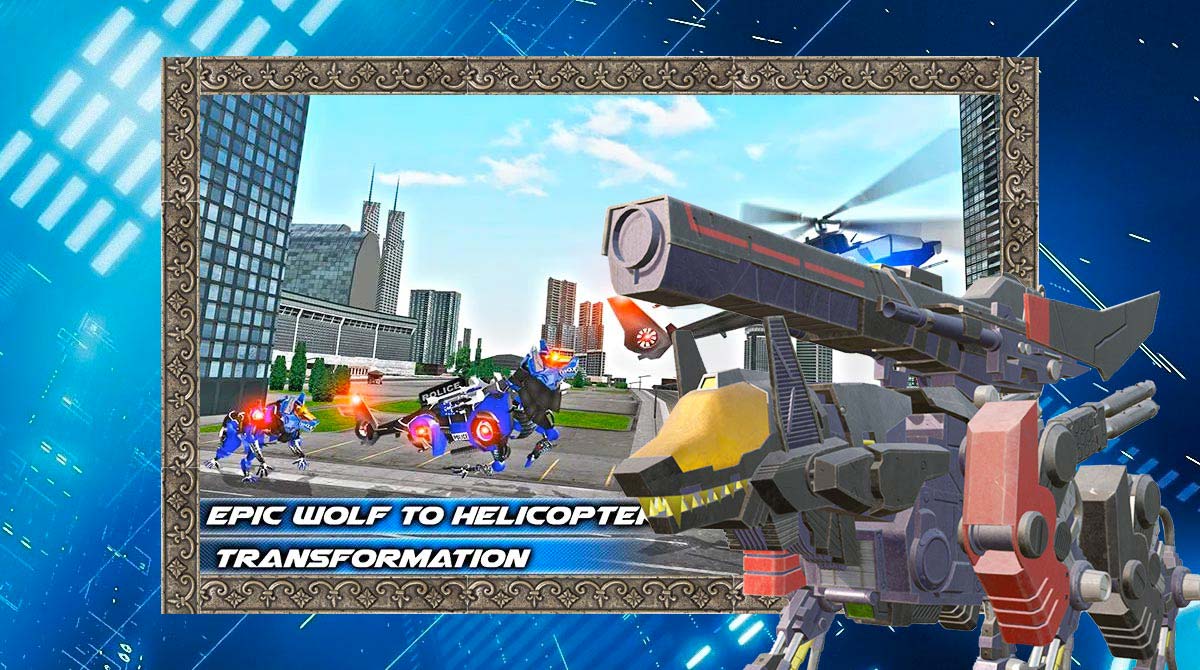 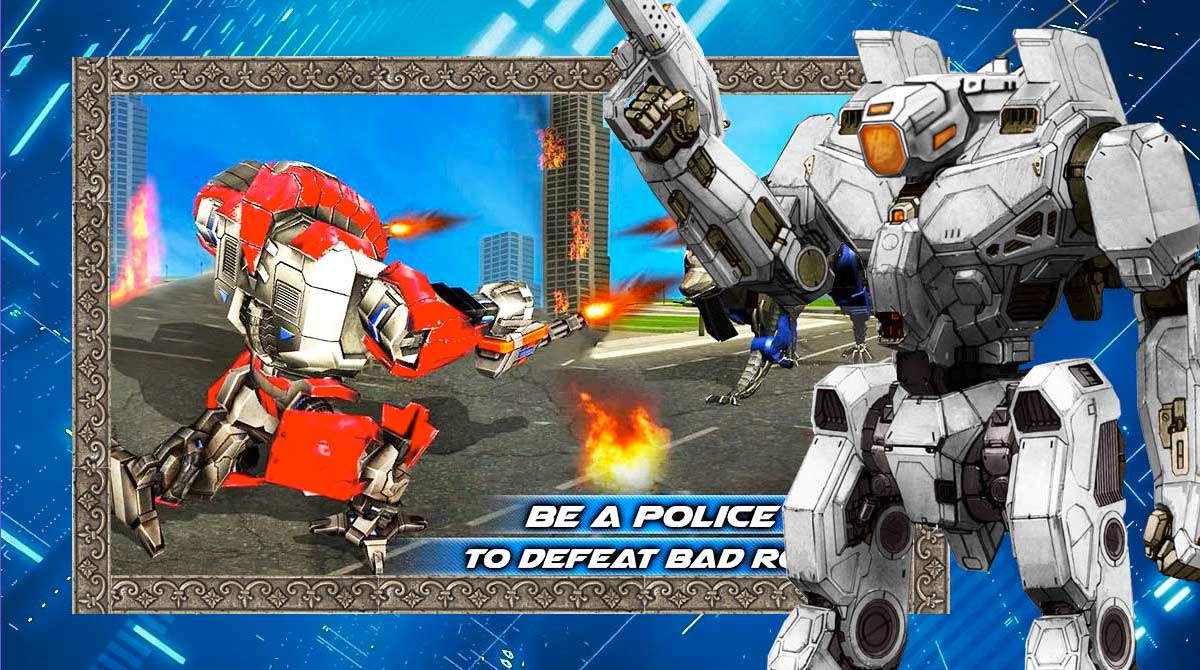 If you are looking for a fun action-packed game that also involves robots, then you should give Air Force Transform Robot Wolf Helicopter Game a try. It’s an action simulation game that’s published by Kick Time Studios. In this game, you get to play in a futuristic world where robots exist. You get to control a police robot wolf and use it to battle and defend the city against evil robots.

The great thing about the game is that the robot wolf can also transform into a police helicopter. It’s a fun and exciting game that you will enjoy playing. Let’s discuss in more detail in the next section how this game is played so you’ll know what to do here.

The missions in this game will have a time limit and you should complete the objectives before it runs out. Once the objective is complete, return to the illuminating circle to complete the level. The mission usually involves you destroying enemy robots that are attacking. You begin as a robot wolf and you’ll have two ways to attack. Get near and bite your enemies until their health is depleted.

In helicopter mode, there are more buttons. A button for ascending or descending, one for moving forward and turning, and two more buttons for the machine gun and missile. You can see that Air Force Transform Robot Wolf Helicopter Game is a fun and exciting game to play.

If you’re looking for other action games to play, you can check out Brutal Street or Aliens Drive Me Crazy. They’re both exciting action-packed games that you will also enjoy playing. Download our EmulatorPC app for a more optimized PC gaming experience. 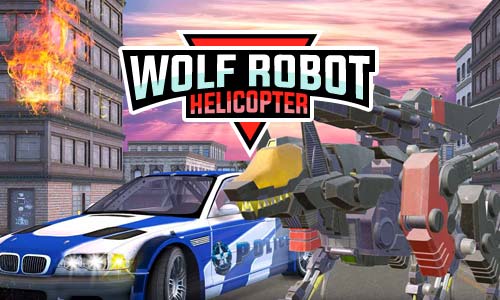 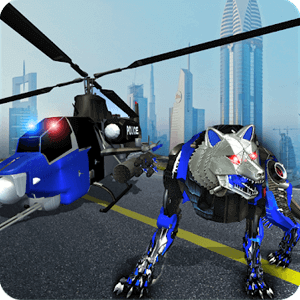