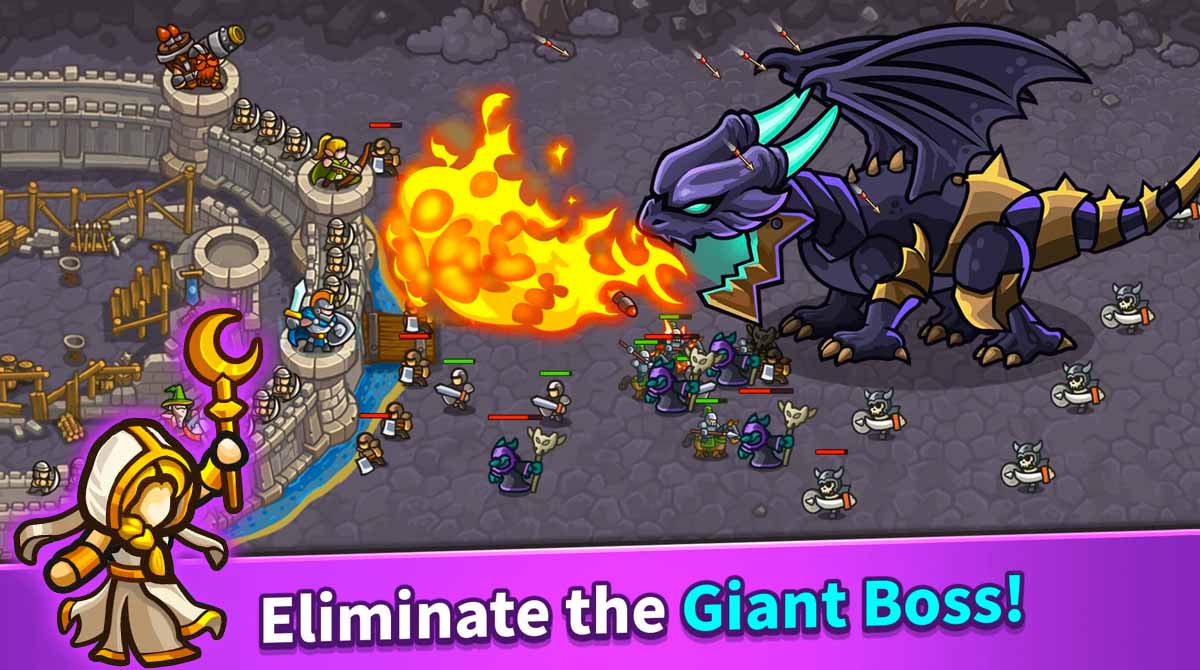 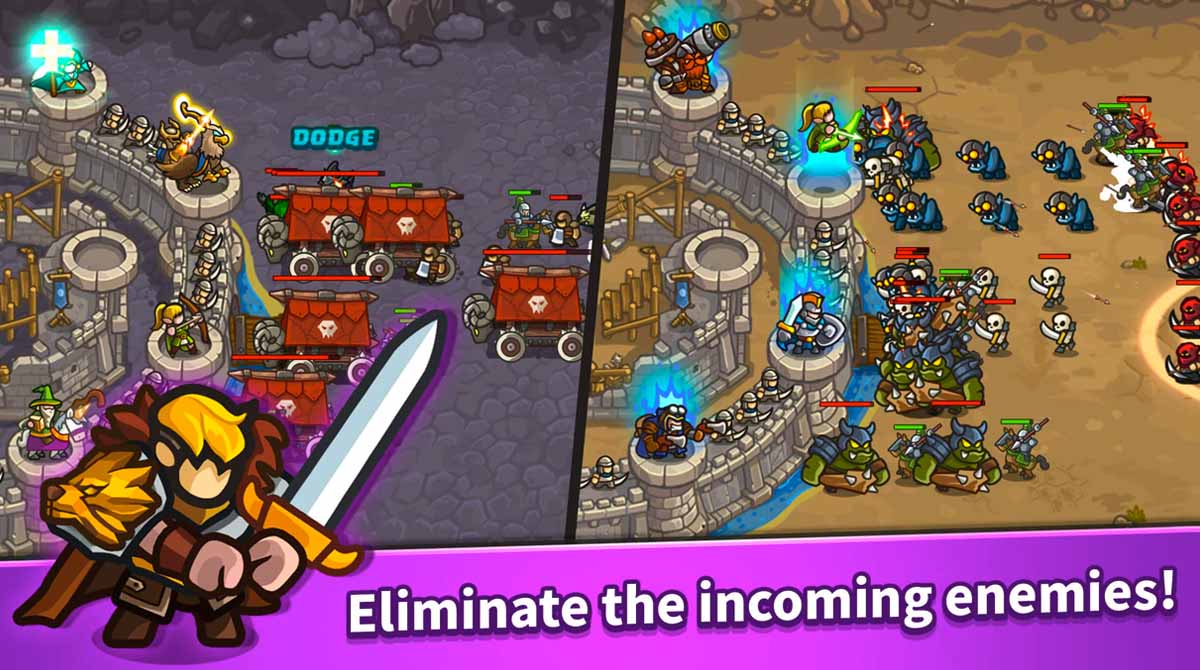 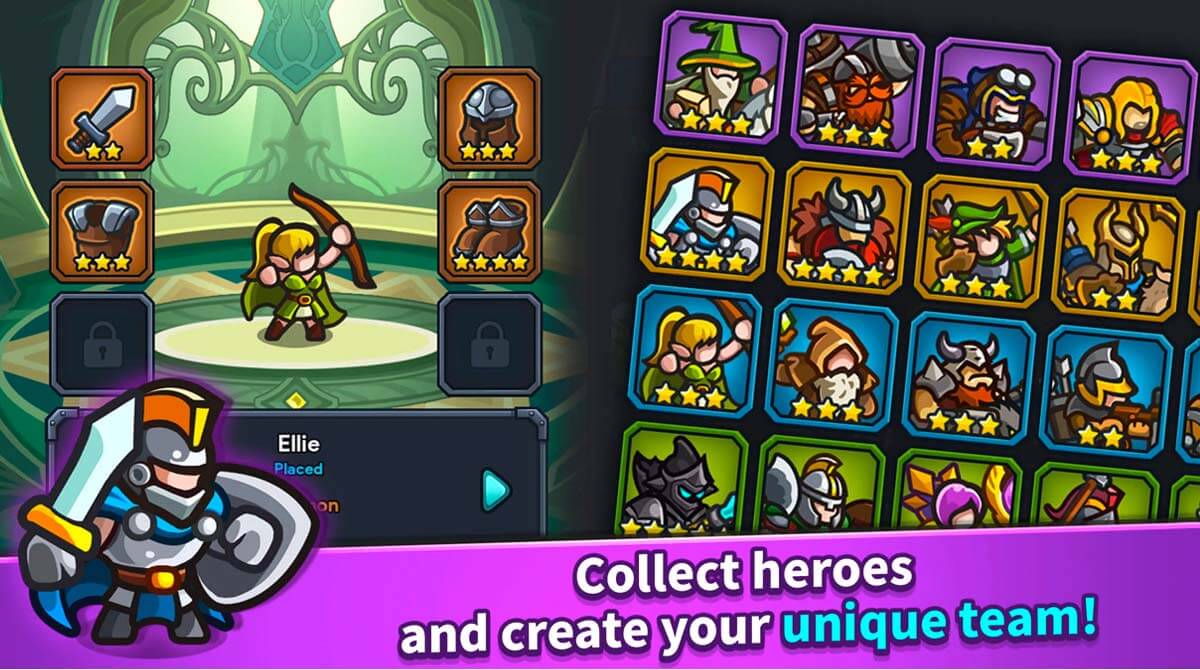 Strategy games are always fun because these kind of games will force you to think. Tower defense games are particularly special, as it’s always cool to see your well-thought-out defense plan working against waves of enemies. So if you enjoy this type of game, then you should try playing Idle Kingdom Defense. It’s a strategy tower defense game published by StormX. Moreover, it’s not your typical tower defense game since you won’t be defending multiple paths.

But don’t think it’s going to be easy. Though you may not have to worry about multiple paths to your base, you still have to worry about the kind of units to use and upgrade them. So let’s discuss in more details Idle Kingdom Defense so you can see how it works and how you can play it.

As mentioned earlier, you won’t have to defend many different paths that enemies will try to use in Idle Kingdom Defense. It’s a side-scrolling game where opponents will be coming from the right going to your base. But as stated earlier, it won’t be easy since there are still many components you need to address. There’s the need to upgrade your tower to unlock more slots for you to put heroes in.

Additionally, you have to acquire heroes to use and decide which one to use. However, take note that each hero will have a special skill and the best one to use will likely depend on your castle’s defensive composition. It’s a good idea to ensure that your heroes’ skills will complement each other to further improve your defense. You also have to make sure you upgrade them and equip weapons to make them stronger.

What’s great about Idle Kingdom Defense is that it’s an idle game. Hence, you’ll continue to earn resources, even if you go offline. So, when you play again later, you just collect all the resources earned. It’s a great way to gather resources you can use for upgrades and new purchases. Now, let’s discuss in the next section how to play Idle Kingdom.

Getting Started with Idle Kingdom Defense

There will be a tutorial at the beginning of Idle Kingdom Defense. It will help you understand better how the game works. But even without the tutorial, it’s easy to figure out the gameplay. When you start, you’ll only have enough resources to acquire one hero and use it for defense. That’s okay since your castle will only have one slot available for heroes anyway.

As you play and earn resources, you can use them to upgrade your castle. Reaching a certain level will unlock slots for your heroes to be stationed. Moreover, you’ll need resources to acquire new heroes, craft weapons, enhance them, as well as upgrade heroes. Fortunately, Idle Kingdom Defense is an idle game as it will allow you to continue earning resources even if you are offline. However, take note that enemies get stronger as you go up in level, so upgrades will be vital here.

If you’re fond of strategy casual games, there are many more fun games that you can try. Take Castle Clash for example or Crazy Defense Heroes. Both are exciting games where strategy will be a big contributor to your winning and progression. Fortunately, these are free to download here in EmulatorPCt. 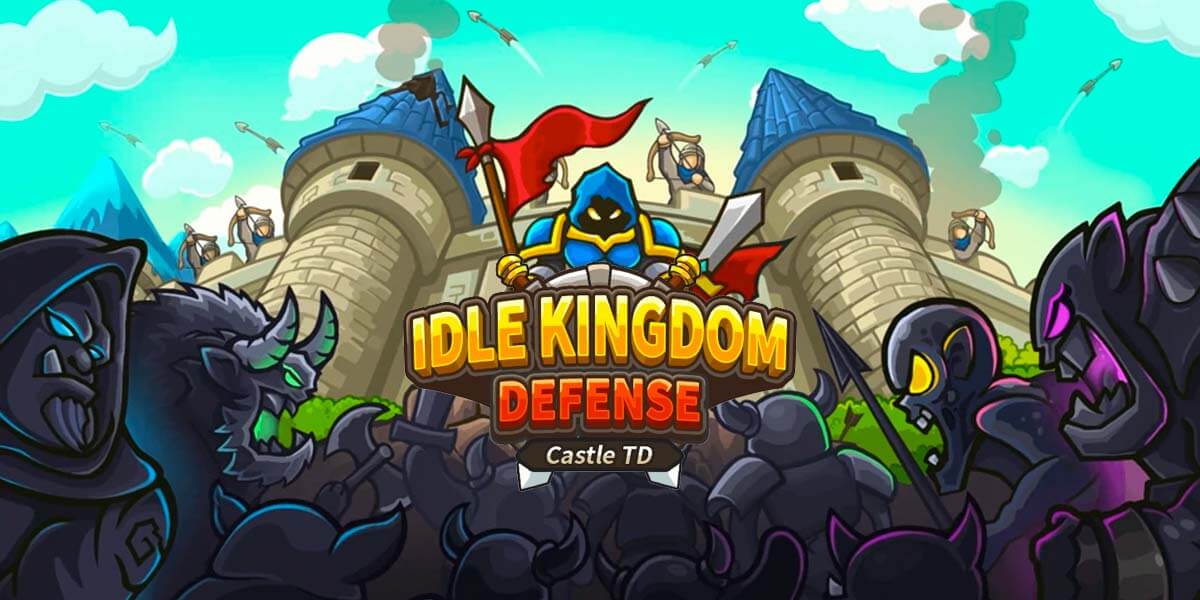 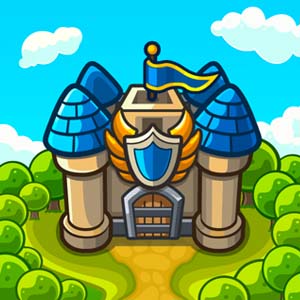 All Idle Kingdom Defense materials are copyrights of StormX. Our software is not developed by or affiliated with StormX.