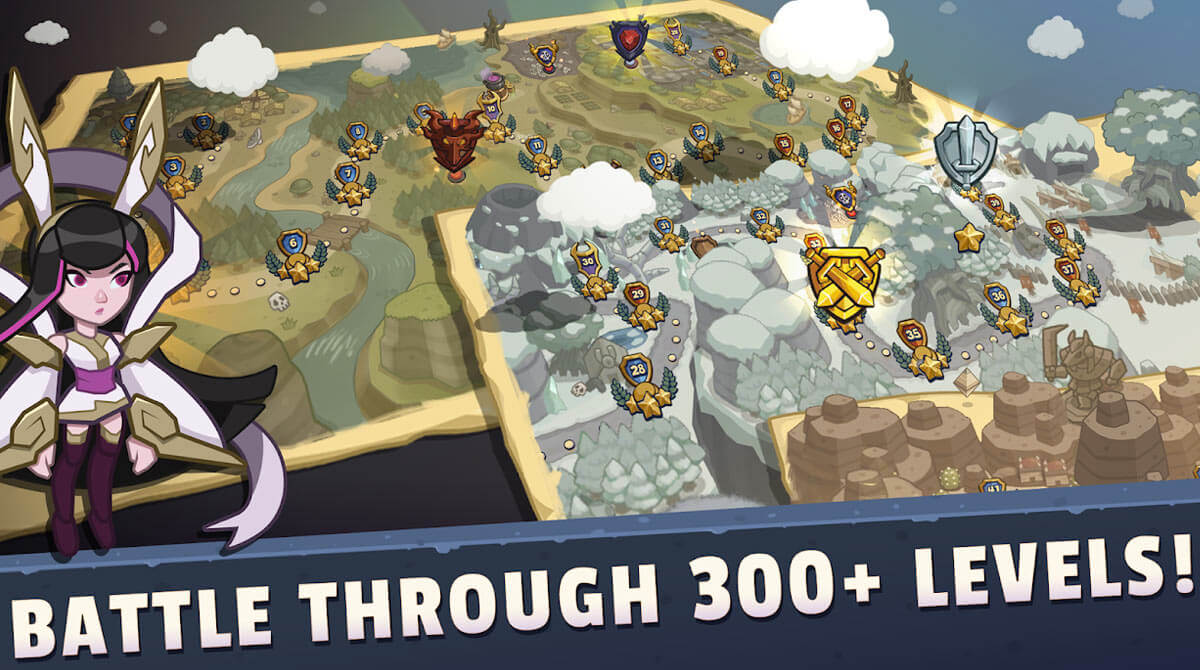 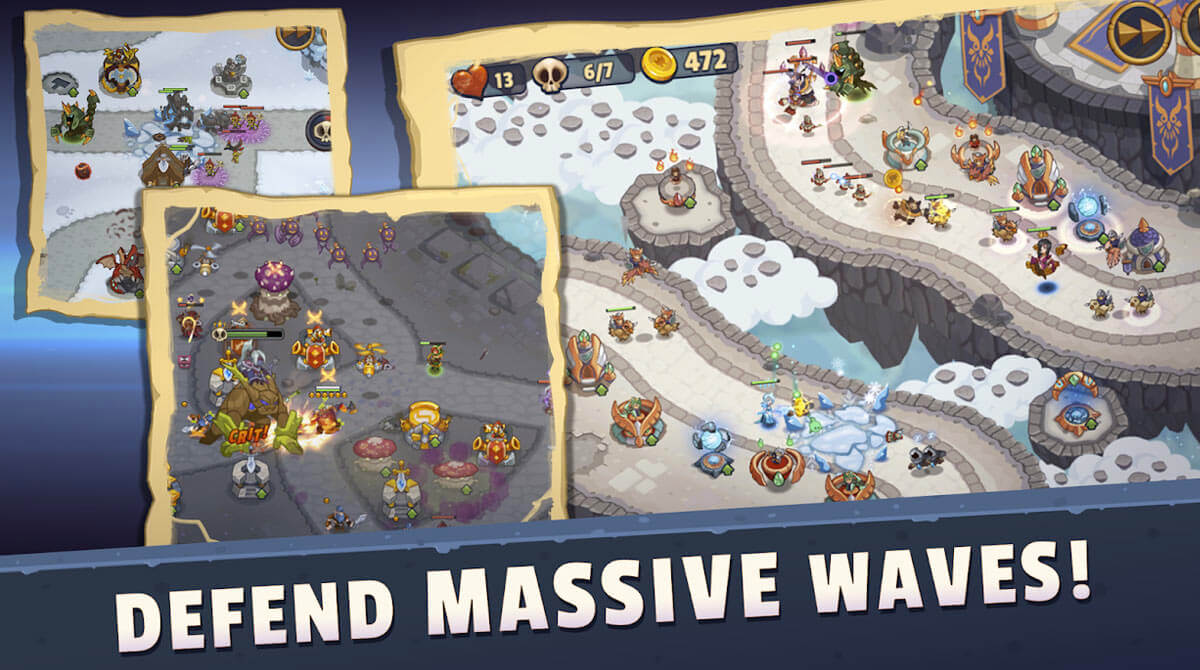 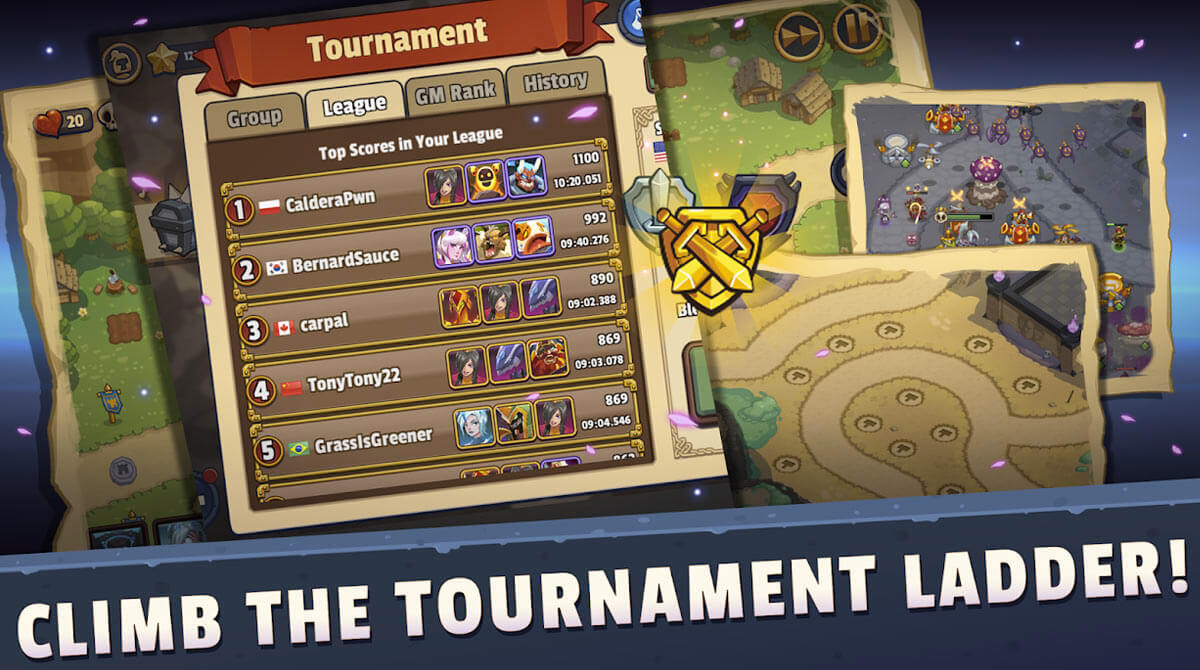 Are your strategies enough to sustain the defense of your kingdom? If so, show them what you’ve got and play Realm Defense on PC! If you’re one of the million players that enjoy tower defense games, then this is your chance to prove your worth! Set your heroes and towers tactically, and don’t let anyone take down your kingdom.

Published by Babeltime US, Realm Defense Hero Legends TD is one of the typical tower defense games nowadays. If you know about the meta of these games, you better add this strategy game to your list of games right away!

In Realm Defense Hero Legends, you need to make use of your strategic skills to form your cast of heroes who will generally defend your kingdom. Here, you’ll choose from a dynamic plethora of heroes like Bolton the Wizard, Smoulder the Mighty Dragon, Helios the Phoenix, Fee the Archer, Lancelot the Knight a Sorceress, etc. After that, you can defend your kingdom by deploying additional arsenals composed of cannons and magic towers. These can help your heroes defend the kingdom against the slimes and devastating skeletons.

What’s more exciting about this game is that you can immerse yourself in various vibrant worlds such as desert sands, tundra, dark underground tunnels, and more. Each world will task you to beat different types of enemies using the four towers. Furthermore, Realm Defense Heroes Legends TD offers more than 300 levels that come with different gameplay modes. Your battle doesn’t end with the little slimes and rattling skeletons because, at the end of the level, you need to face the epic bosses, so you better ready your army for the disastrous finale.

To assist the defense of your kingdom in the Realm Defense PC game, you also need to use various spells and power items that can easily take down your enemies. To collect these advantageous spells, you need to dive into daily challenges and earn these powerups for your heroes. Another feature that will prove your strategies’ prowess is by participating in various tournaments. You will receive unique skins suitable for your heroes by winning these tournaments. You can also obtain these skins through seasonal events.

Do you think your tactics are enough to sustain all strategy games? Well, let’s see how far you can go. Check out other games like Vikings: War of Clans and Siege Castles – A Castle Defense & Building Game on your PC. Stay tuned for more exciting games here at EmulatorPC. 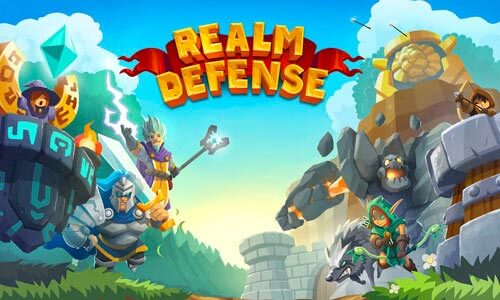 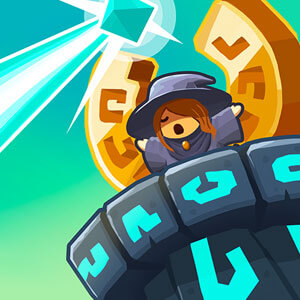 All Realm Defense: Hero Legends TD materials are copyrights of Babeltime US. Our software is not developed by or affiliated with Babeltime US.