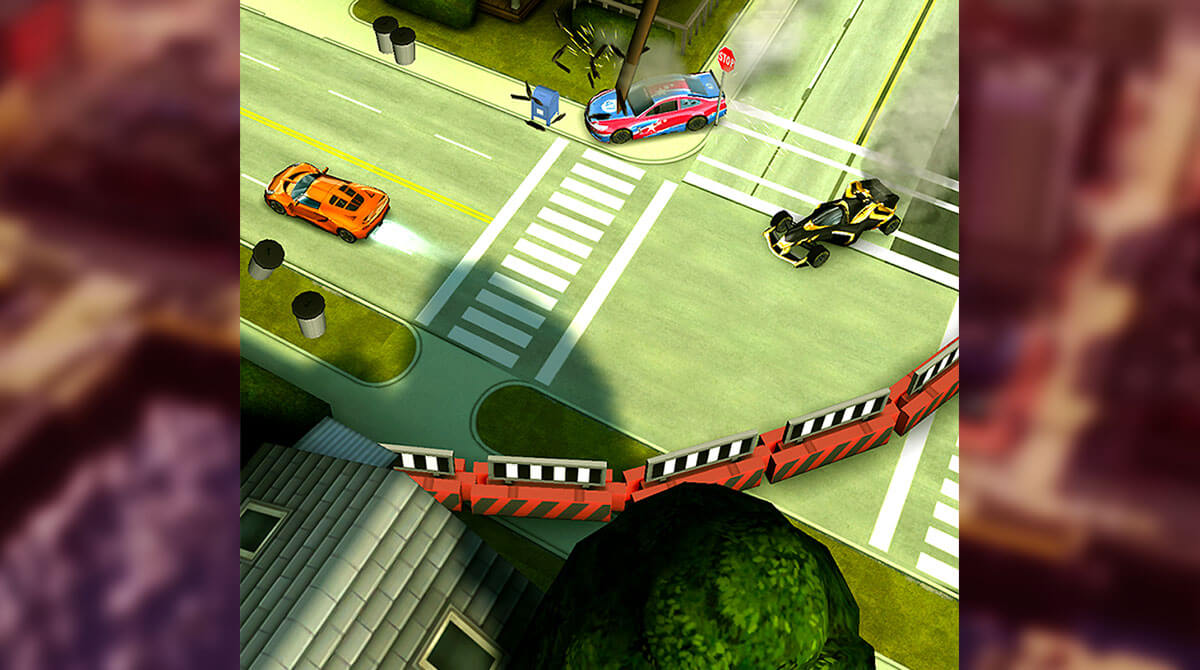 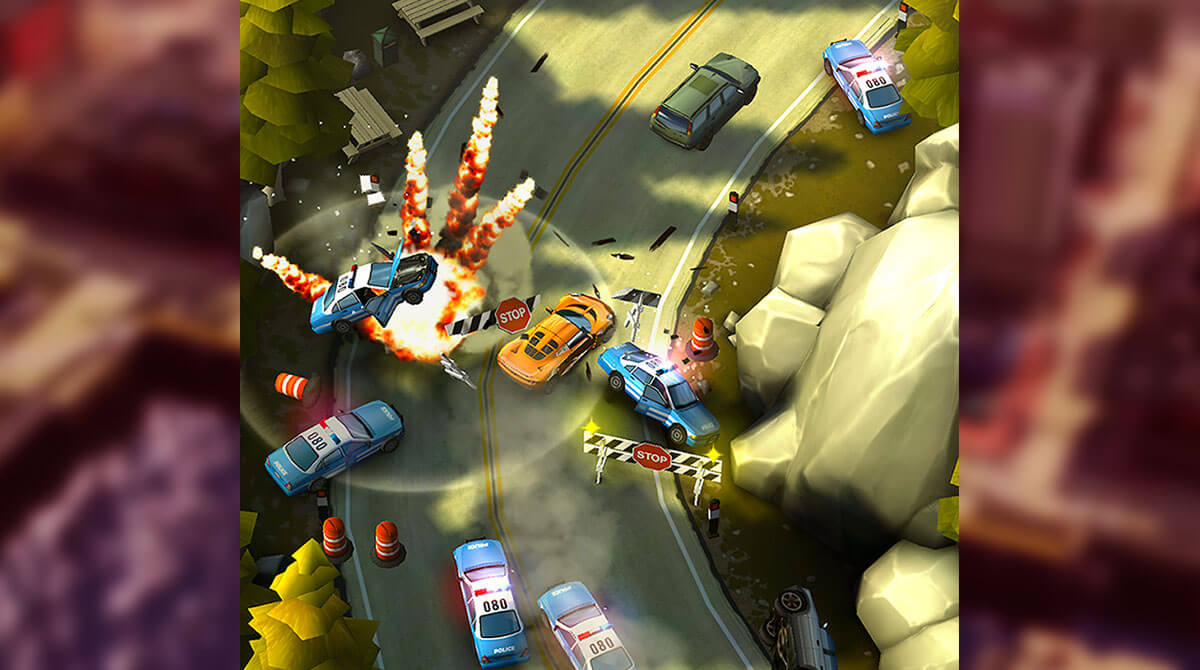 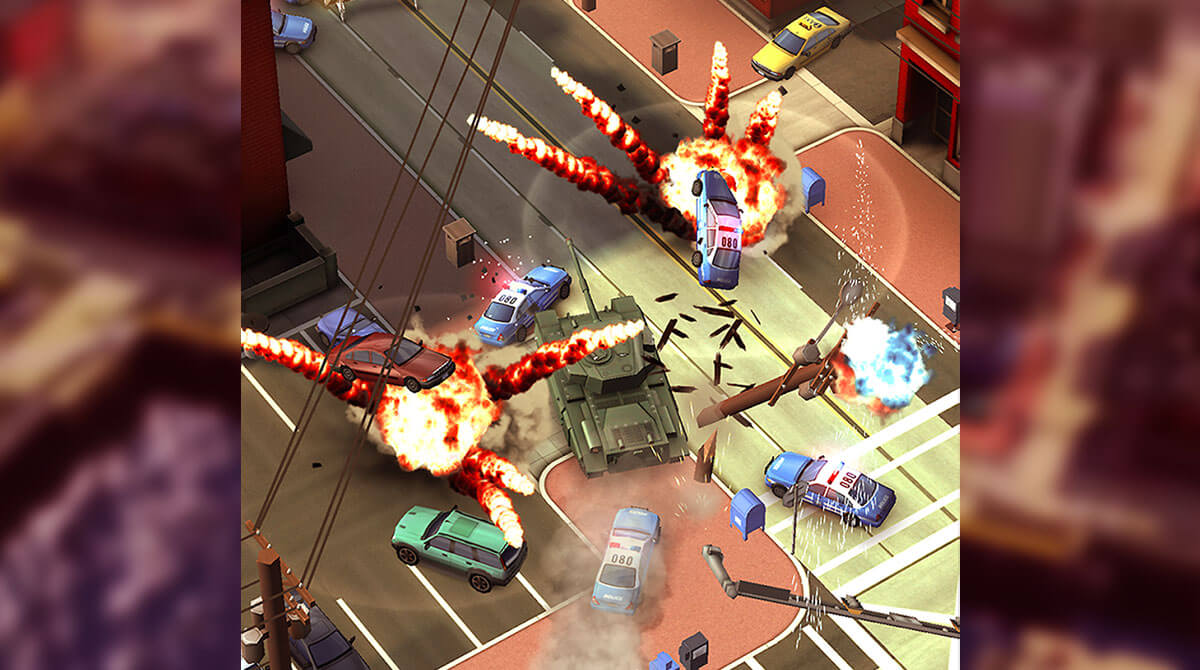 Imagine yourself in the shoes of a bandit. Can you break free from the speedy pursuit of the police? Do you have what it takes to escape the authorities? Get ready to put the pedal to the metal to become the best outlaw. So, challenge yourself and play the Smash Bandits Racing game on PC! Published by Hutch Games, Smash Bandits Racing is an adrenaline-filled driving game. If you want to know what it’s like to be a bandit, then this racing game is for you. Get ready to smash anything and everything you run into. Additionally, drive through a world of ever-changing dirt tracks; crash and bash anything around these dusty logging towns. Ultimately, brace yourself; witness an intense showcase of destruction.

Become an outlaw and escape the pursuit of police officers in your ultra-fast cars and getaway gadgets. Speed your way to the state line and outrun the cops in this thrilling racing game. Take on a speed chase of a lifetime through the air and across the lands. Overall, Smash Bandits Racing is the ultimate action game for you.

Take the adrenaline rush to the next level as you try to escape all the police cars trying to chase you down. Not only that, Smash Bandits Racing entails you to cause as much chaos as you can to gain more points in every mission. Witness this electrifying car chase and all its glory take place in a large city. Packed with alleys, bridges, trees, houses, and shortcuts you need to unravel – this racing game has it all.

This racing game’s graphics are superbly done. The car designs may not be as impressive as other racing games. But that’s not a takeaway from all the fun this game has to offer. The colorful designs, fast-paced action, and constant explosions are spectacularly well done and eye-catching. To top it all off, Smash Bandits has different game modes. Therefore, its precise controls and fascinating gameplay will be enough to keep you glued and playing this racing game for hours.

Satiate your thirst for similar adrenaline-induced racing games like Smash Bandits Racing. We have a ton of racing games that you can choose from; only here in EmulatorPC! Start playing Highway Rider Motorcycle Racer and Moto Rider GO: Highway Traffic today. 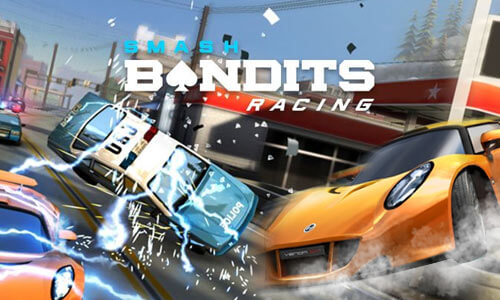 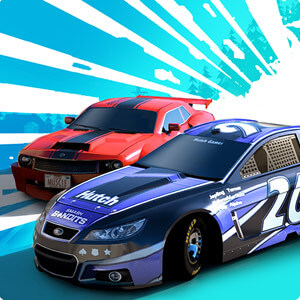 All Smash Bandits Racing materials are copyrights of Hutch Games. Our software is not developed by or affiliated with Hutch Games.