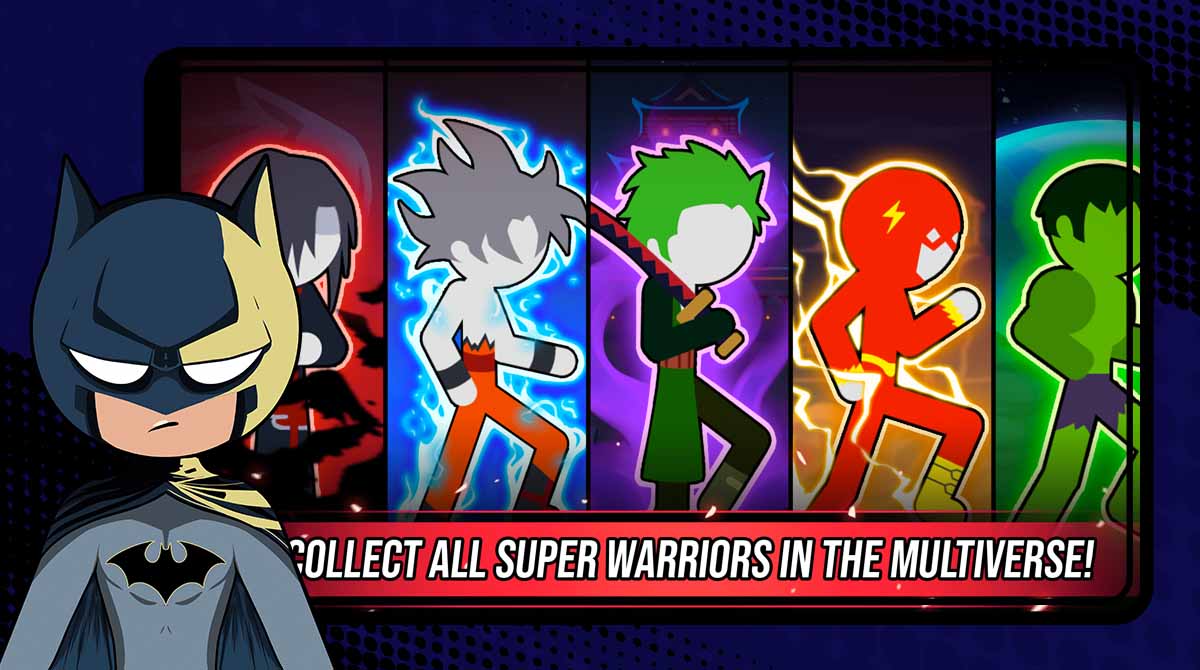 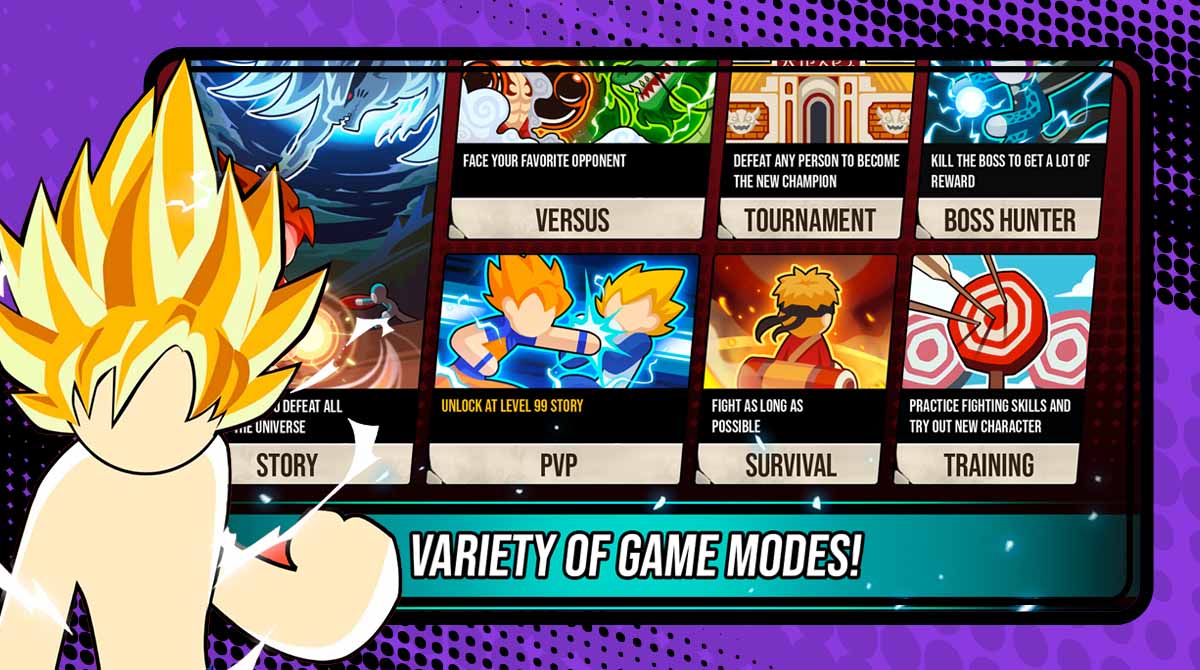 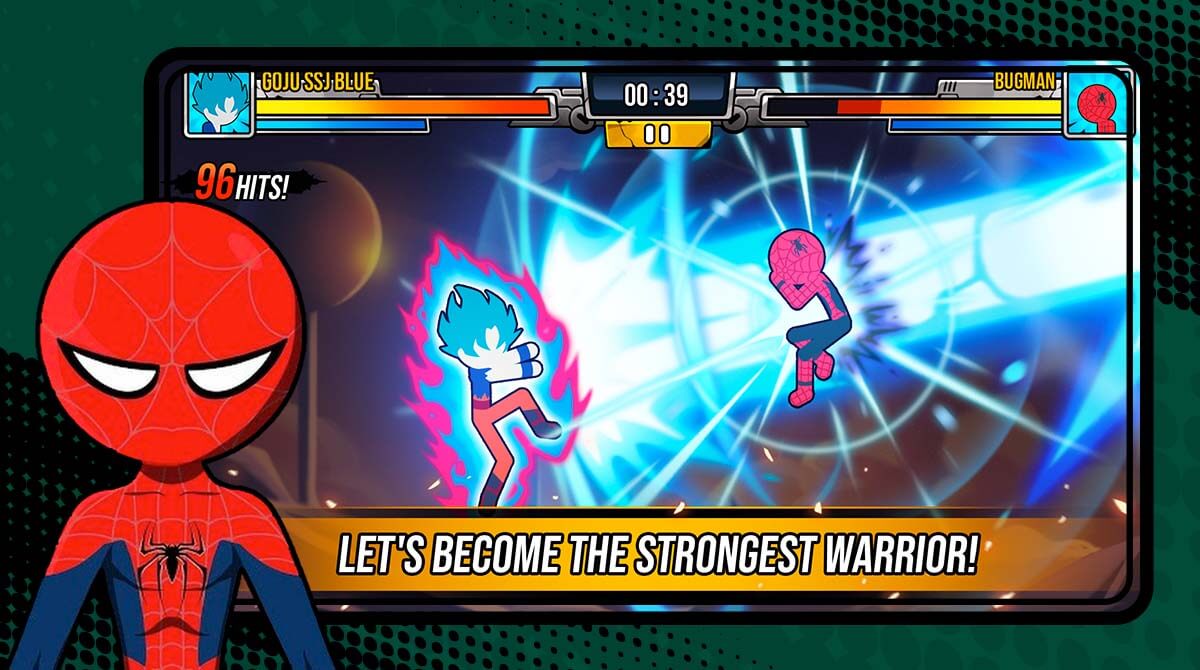 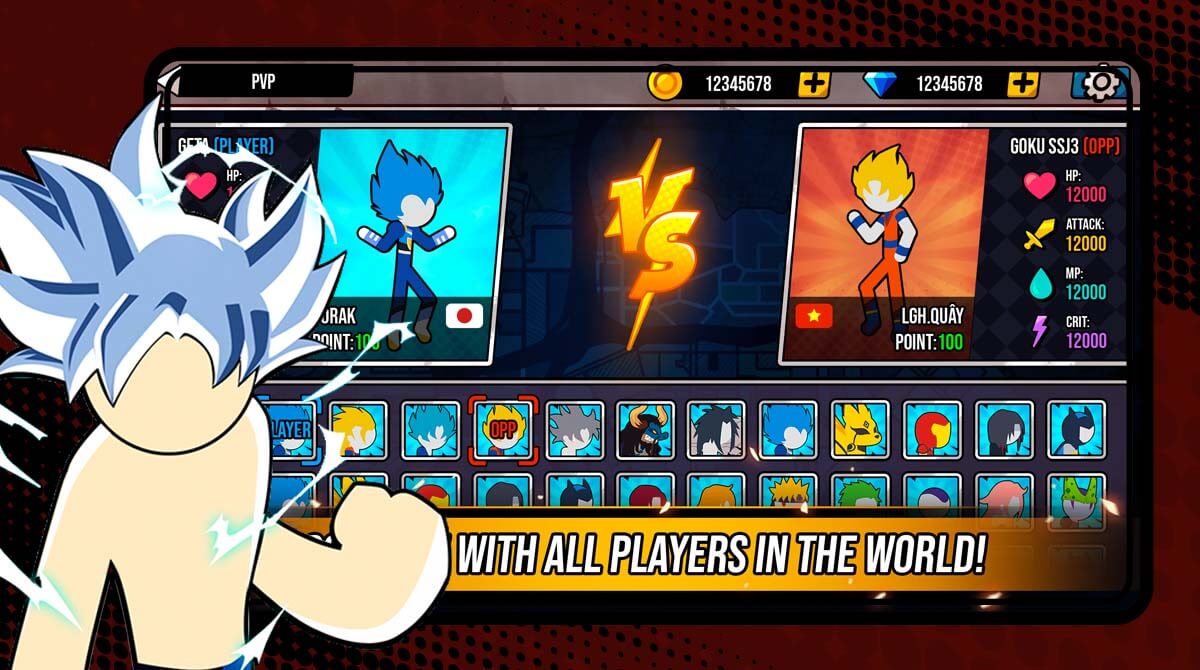 If you love stickman games, you have to play Super Stickman Dragon Warriors, one of the most popular stickman games in the gaming community! This action game comes with a bunch of levels and characters. Here, you have to start as a humble villager at the tutorial level and train your skills to become a powerful warrior! Fight against superheroes and supervillains inspired by various universes in modern pop culture. Apart from you from that, upgrade your weapons, armor, and skills to become an even more powerful hero! Get Ready to Save the World

Super Stickman Dragon Warriors is a fun, fast-paced game where you play as an awesome stickman warrior who can fly across the screen and take on nefarious enemies. The goal is to defeat the enemy as soon as possible before time runs out. But be careful – this isn’t easy! You’ll have to avoid enemy attacks and exceptional superpowers. Additionally, you can play against other people online in multiplayer mode!

In this action game, players will have a chance to explore various game modes. One of which is the story mode where the player must travel through time and space to search for the missing magical balls. Players will face various stickman warriors on each level and defeat all of them to beat the story mode.

The goal is simple: win! You get points by destroying your enemies and collecting coins as you go. The more coins you collect, the more powerful your character becomes. Furthermore, your dragon can evolve into different forms as you progress through the game. Players will play as a stickman with superpowers, such as flying and shooting fireballs at their enemies! You can also use martial arts skills and weapons against your opponents, which makes it easier for you to defeat them. In addition, players can also unlock other characters and add them to their roster.

To get coins and gems, you need to complete missions or participate in any of the game modes featured. Super Stickman Dragon Warriors features a story mode, versus, PVP, survival, tournament, boss hunter, and training mode. Here, you earn gems and coins by playing in any of the modes with the exception of the training mode. You can also play the game offline, but you need a WiFi connection to receive the coins for completing missions. So make sure your device is connected.

Spending time playing this game will be a great way for you to spend your free time while also challenging yourself. With that said, if you are a fan of stickman action games, then feel free to check out Stick War Legacy from Max Games Studio and Stickman Combat Legend from Falcon Games PTE. All of these and more are availale here in EmulatorPC. 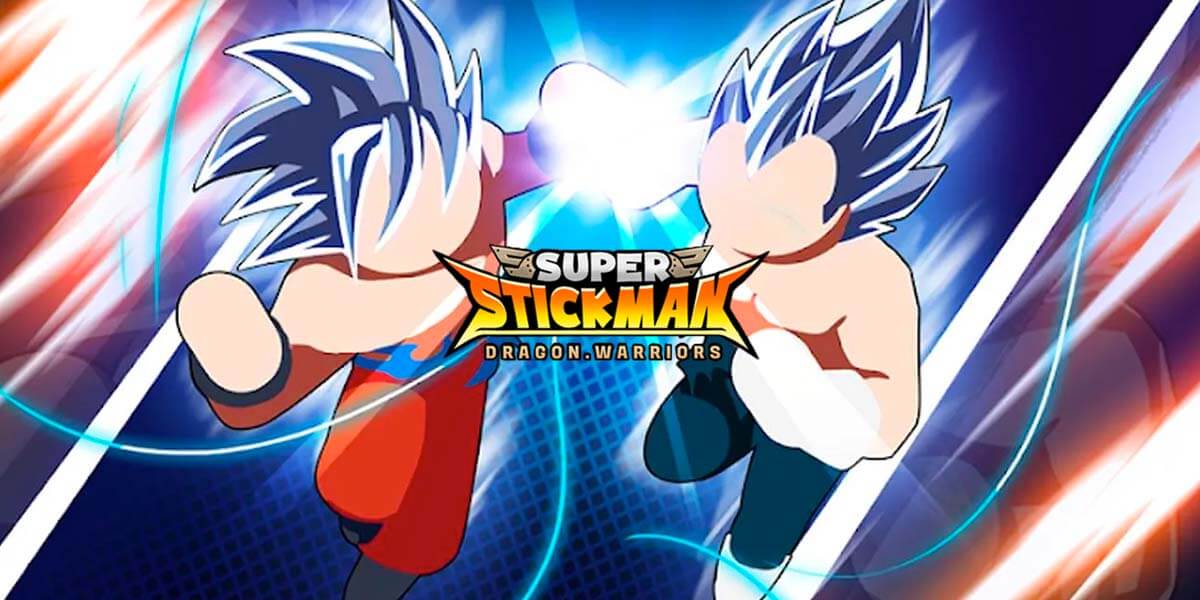 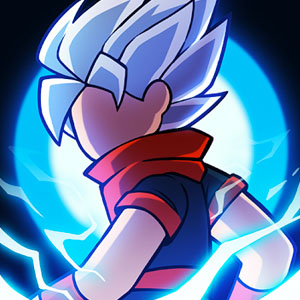 All Super Stickman Dragon Warriors materials are copyrights of LEMON Studio. Our software is not developed by or affiliated with LEMON Studio.