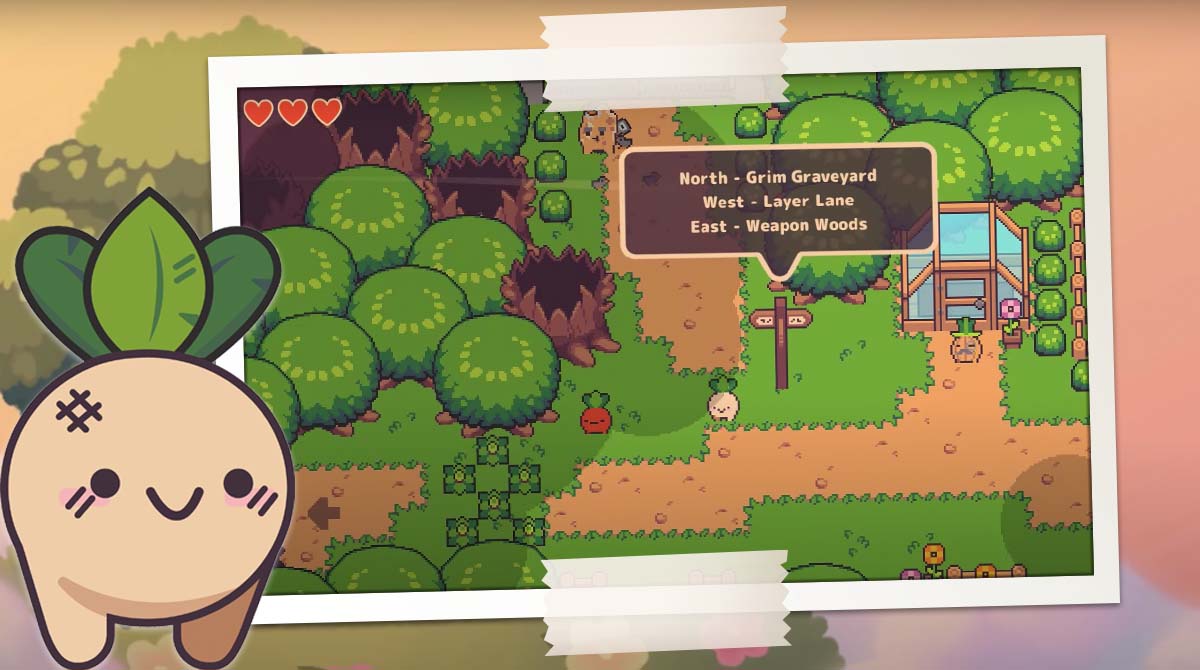 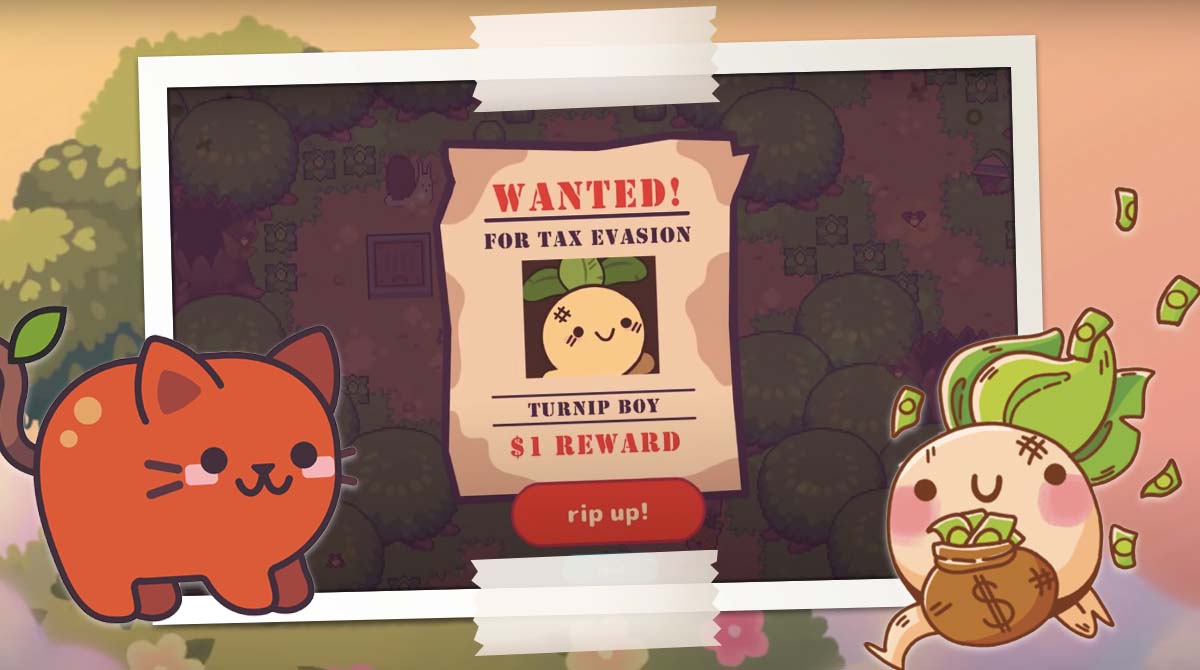 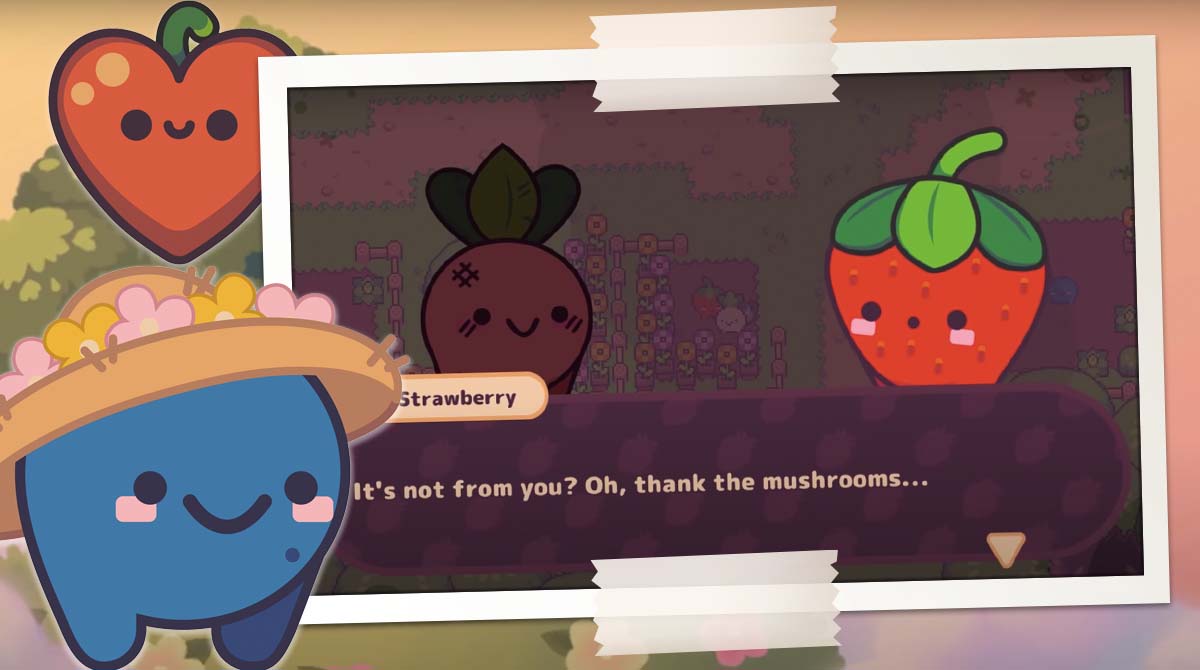 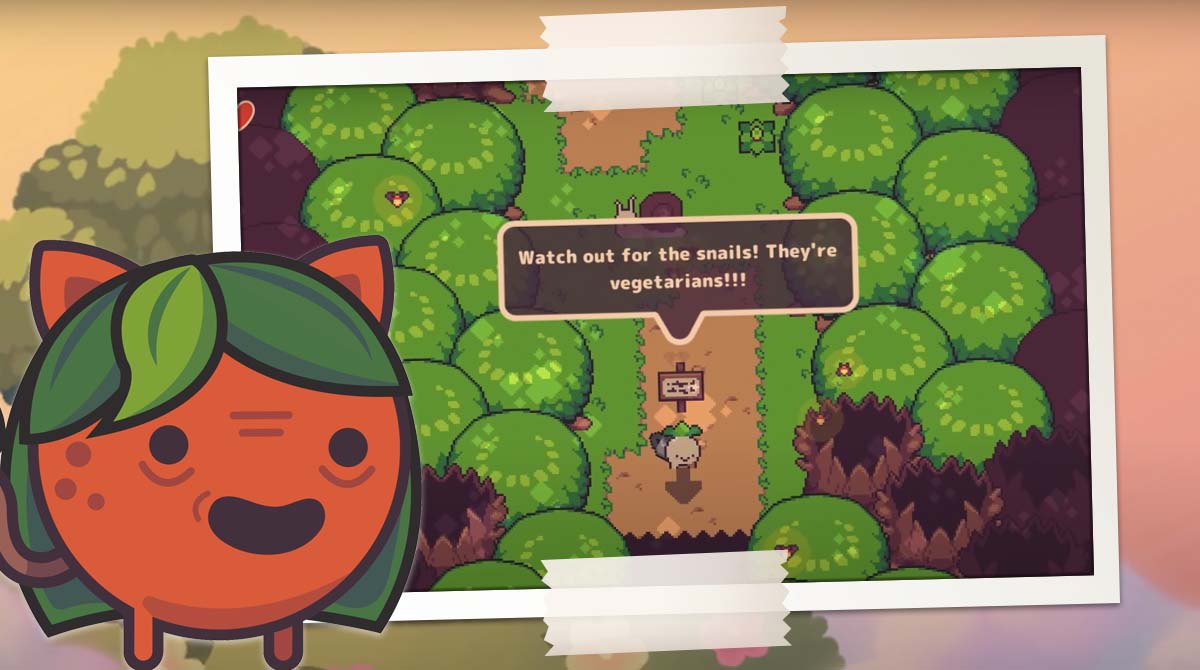 In Turnip Boy Commits Tax Evasion, you’ll battle enormous animal bosses, dozens of diverse opponents, and cute talking fruits and vegetables. The game is set out on a hilarious journey loaded with puzzles, action, and tax fraud. Do your best to control a cute turnip who becomes a serious threat to civilization. Embark on an epic quest to repay your big debt after failing to pay taxes and being evicted from your home.

Turnip Boy Commits Tax Evasion, a puzzle and adventure game, offers you a condensed and largely tranquil experience. Having the main questline in addition to other possible side quests and areas, players can decide how far they want to go in this game.

Turnip Boy Commits Tax Evasion features a single-player experience packed with puzzles and boss fights. As the title suggests, you play the main protagonist who commits petty crimes to bring down the corrupt system. This exciting game comes with a large roster of characters, powerful bosses, challenging dungeons, mind-bending puzzles, and much more.

Turnip Boy first receives a letter from the government warning him about his tax evasion before tearing it up. Then, as punishment for his tax cheating, Mayor Onion forces him to leave his greenhouse. Following that, Mayor Onion puts Turnip Boy on several missions that take him across Veggieville and its neighborhood. It is where Turnip Boy commits many crimes. He is then sent on various errands to collect special materials for Mayor Onion. He utilizes the items against the protagonist in the Last Battle of a regular route and the last fight of a 100% run.

As part of your Trip ability, you have a dash from the outset of the game. This helps you navigate the map’s various areas with ease. It’s crucial to use this ability frequently, and Trip’s almost immediate cooldown makes it simple to do so.

You can quickly sprint away from opponent attacks or dash in if you’re seeking to deliver harm. Just take advantage of your Trip ability to maximize the gameplay. You can use this skill to go quickly across the game’s areas due to its short cooldown. Make sure you utilize this skill frequently, whether it is for combat or just to move around the area more quickly.

If you can’t get enough action games, then feel free to download Comix Zone and Robbery Bob 2 for PC. Feel free to browse the category tab for more fun and engaging games only here on EmulatorPC! 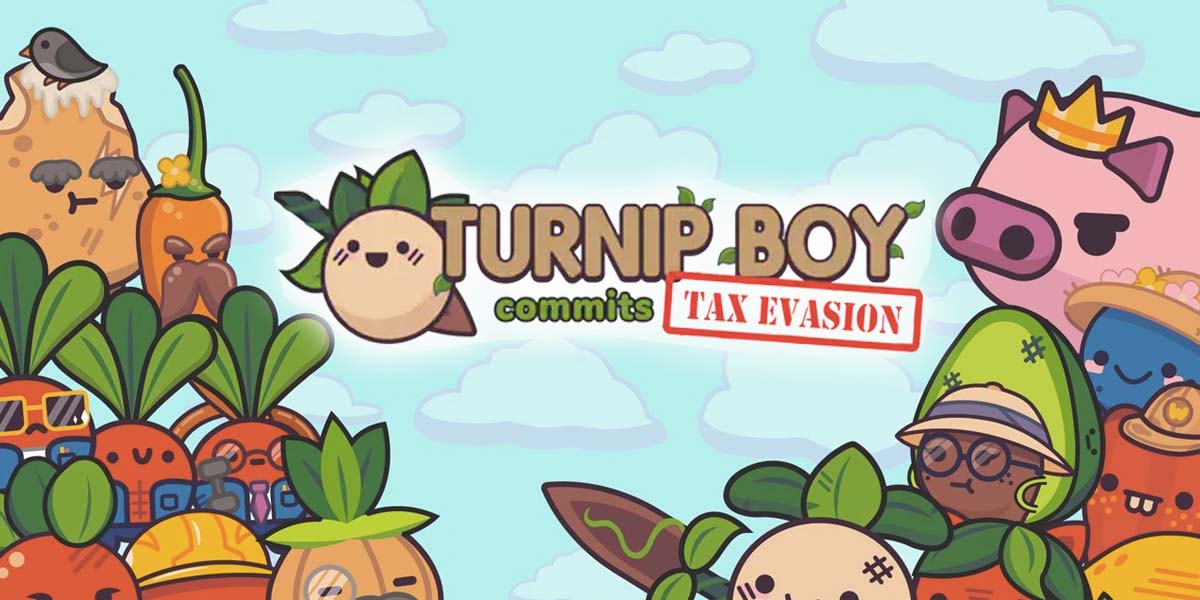 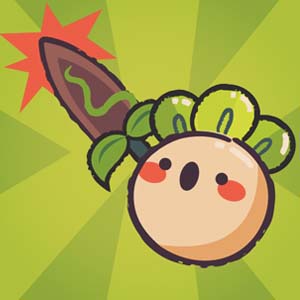 All Turnip Boy Commits Tax Evasion materials are copyrights of PID Games. Our software is not developed by or affiliated with PID Games.