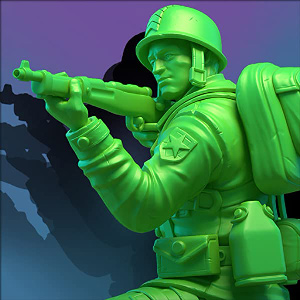 Are you someone who enjoys playing action-packed strategy games? How about thrilling war games? Well, surely, you will like this game a lot. Even if you’re not a fan of either, it’s still a game worth trying out. This game is titled Army Men Strike, an action strategy game published by Volcano Force.

What’s unique about this war game is that instead of using actual armies or soldiers, you use toy soldiers. That’s right! Those green toy soldiers that kids used to play with are going to be your soldiers in this game. They’re at war with the evil yellow army, and it’s up to you to help them achieve victory.

Let’s discuss in the next section how to play Army Men Strike.

Learn How to Play Army Men Strike on Your PC

Like with most strategy games, Army Men Strike starts with a tutorial. You’ll first find yourself in the middle of a losing battle against the yellow army. But after reinforcements arrive, you turn it around and emerge victoriously. During the tutorial, you’ll learn about using your army’s special attacks to weaken the enemy’s defense and send your soldiers to finish off the base.

As a strategy game, a big part of your gameplay will be building and developing our base. You’ll build different facilities, each with different functions. You can also upgrade your buildings to strengthen them and unlock certain functions. Aside from building your base, training troops and building an army is another major part of the gameplay. In this game, you’ll find different kinds of troops like tanks, soldiers, and so on. You will also have heroes to recruit, which are more powerful units and will lead your army during battle.

There are several heroes available for you to recruit in Army Men Strike. Each one of them is unique and they possess skills and abilities that can help you greatly in battle. There will also be a lot of research to do in this war game. One main reason why you need to research is that it can improve your gameplay a lot. You will research how you can improve your army, improve resource gathering, and so on. Make sure you do constant research as it plays an important role in getting stronger.

Amazing Features of This War Game

This military strategy simulator is fun and exciting to play. It’s definitely worth downloading and playing. If you love playing strategy games, other strategy games that you can try are Art of War 3 or Battle Warship. Both are war strategy games, so you’ll have fun playing them as well. 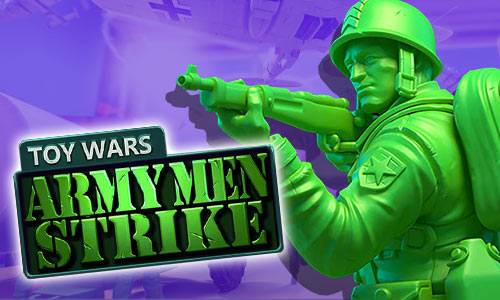 All Army Men Strike – Military Strategy Simulator materials are copyrights of Volcano Force. Our software is not developed by or affiliated with Volcano Force.