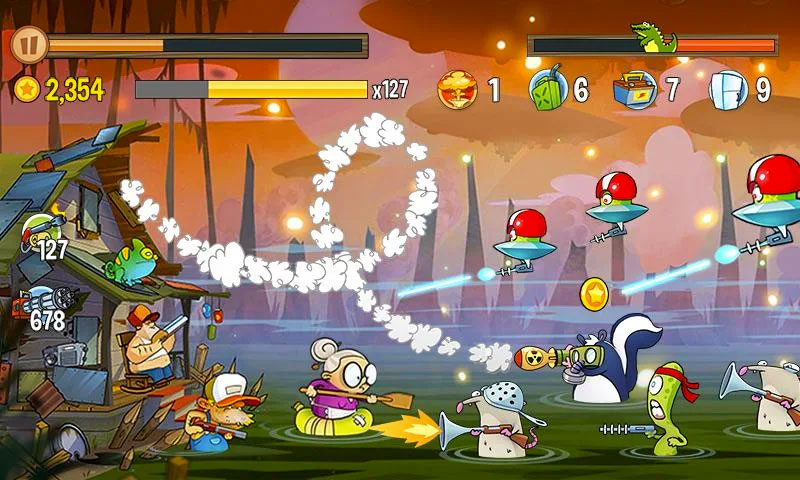 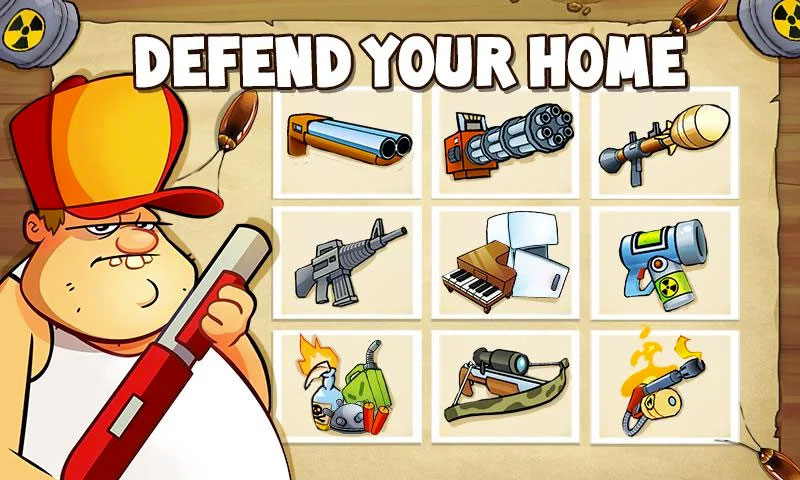 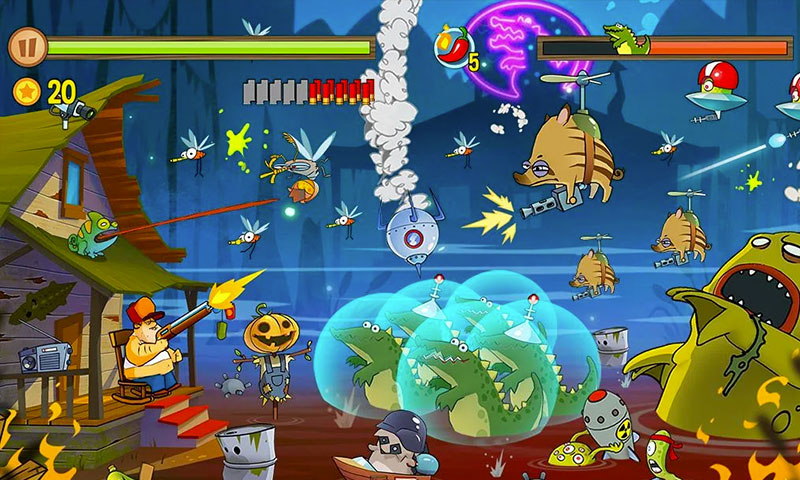 Living near a swamp can pose several problems and one of them would be attacks from various swamp monsters. And we’re not just talking about the crocodiles, but also other monsters that are invading your home. Well, this is what you can expect to happen in Swamp Attack PC, a multiplayer action game published by Outfit7 Limited. In this game, various swamp monsters are looking to invade your home and it’s up to you to defend it. Don’t worry, as you can use various weapons and explosives in this tower defense game.

How To Play Swamp Attack

The gameplay of Swamp Attack PC is very simple and easy to figure out. It’s not a typical tower defense game where you set up towers and defense on certain paths. Instead, your character will just be sitting on the porch of his house with a shotgun. You will start with crocodiles first, slow and weak monsters that can deal decent damage. To shoot, you just tap on the screen and your character will shoot in that direction.

Now, shotguns have few casings, so take that into account when you’re shooting. Your character will reload automatically when you’re not shooting at anything, so make sure you provide some time to reload. Aside from guns, you can also use explosives to deal damage to a certain area in Swamp Attack PC. The first one you’ll acquire is dynamite.

The crocodile is just one of the many monsters that you’ll encounter. You’ll soon have to deal with more powerful and harder to kill swamp monsters as you progress in levels. But don’t worry, you also get to use different types of weapons. You just need to earn enough coins and purchase other weapons to use. You can equip more than one weapon, allowing you to switch when you need to. You can also upgrade your weapons to improve damage, have more bullets, and so on.

Swamp Attack is a fun and entertaining tower defense game. But instead of the usual gameplay where you have to set and build your defense, you actually participate in it by shooting at the invading swamp monsters. And if you enjoy playing action games, you also might want to try Into The Dead 2 or Bomber Friends. Both are entertaining and action-packed games that you can also enjoy for free. 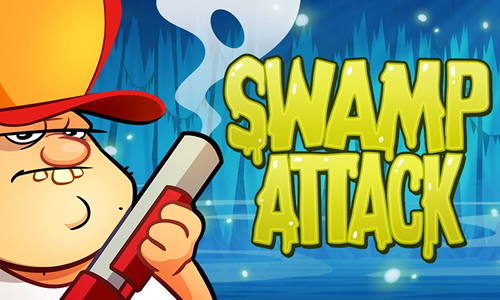 All Swamp Attack materials are copyrights of Outfit7. Our software is not developed by or affiliated with Outfit7.