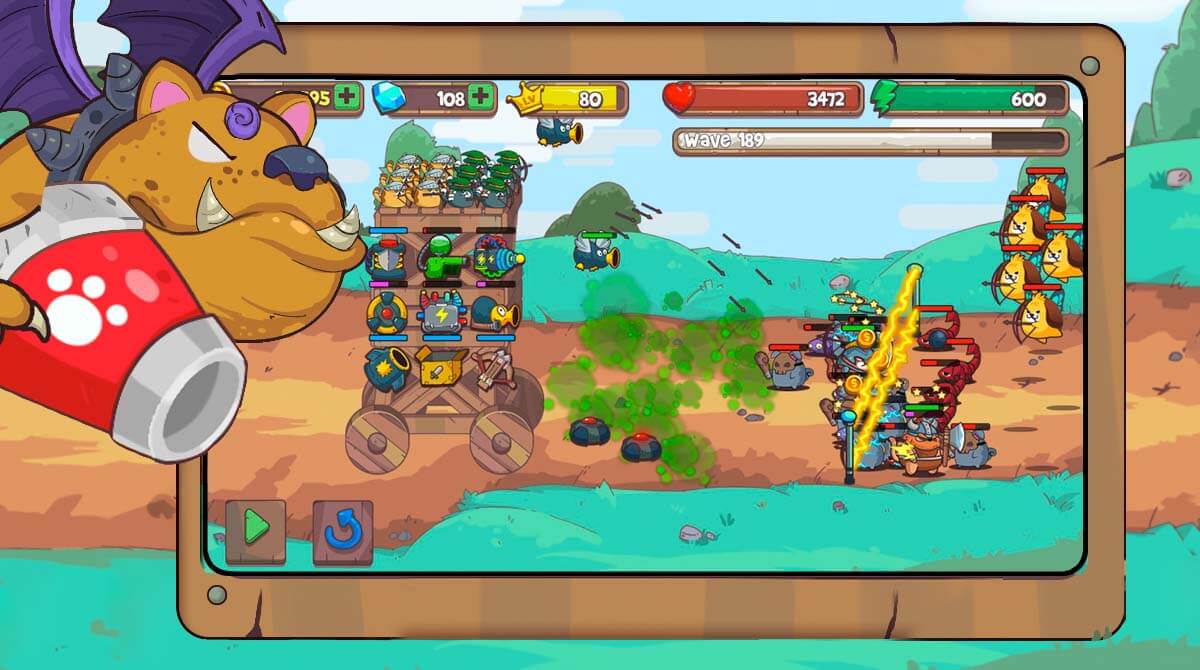 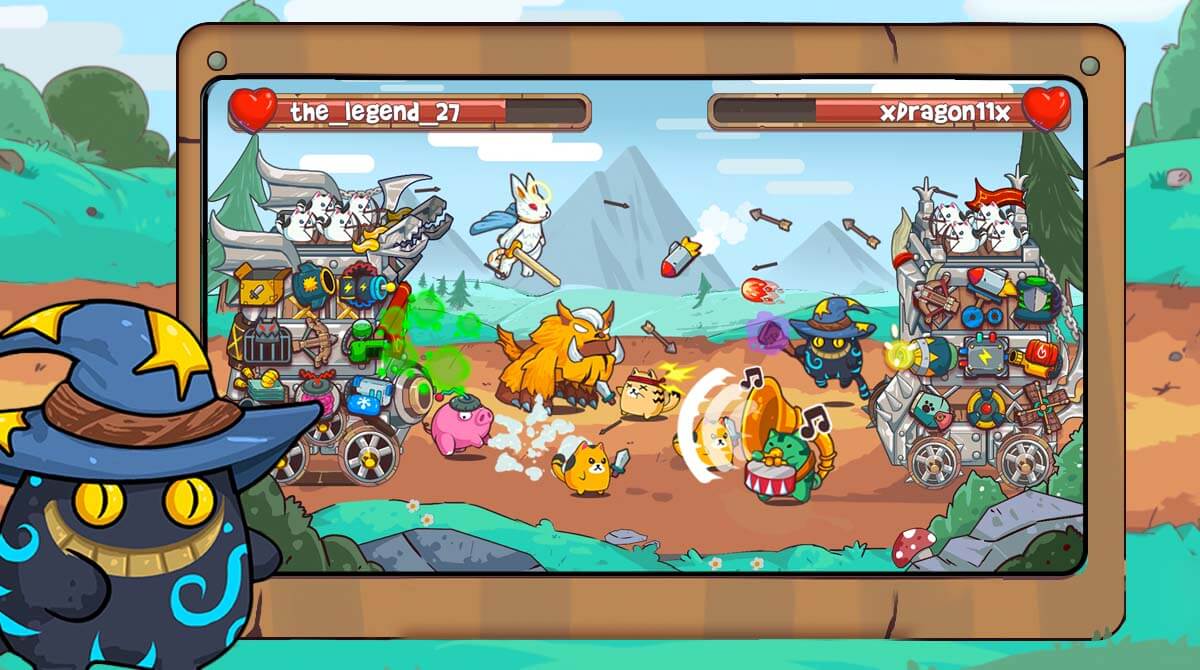 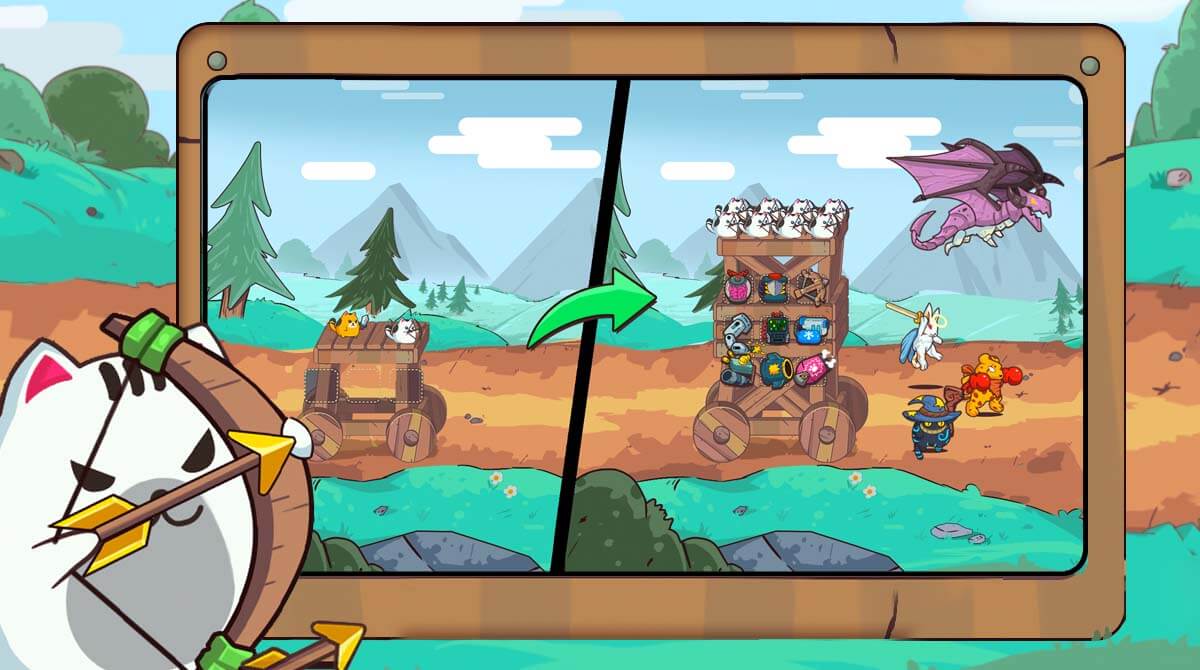 Adding to the roster of fun and exciting strategy games is Dino Go’s CatnRobot Idle Defense. The game depicts an interesting story of a kingdom that is invaded by a massive group of evil insects and opts to destroy your city.

To save your kingdom from the evil insects, you need to come up with mighty cat warriors to defeat the hordes of enemies. Aside from the exciting gameplay, you will surely find the characters adorable and charming.

The gameplay of CatnRobot Idle Defense is straightforward. You need to set up a robot in each game and equip it with different gadgets. There are over 50 available gadgets in the game, and each one of them portrays distinct abilities to defeat enemies. It is best to create your robot by strategically combining gadgets to take down rival hordes. Along with your robot, you will clash against different enemies with your mighty cat heroes. There are more than ten legendary heroes and ten pets equipped with powerful skills and unique abilities that can help you beat the monsters.

Defend Your Castle from the Creeping Monsters

In this game, you will encounter various monsters and tough bosses. There are multiple monsters to beat, such as catapult, dragon, dog, spider, scorpion, wizard, and more. And, like your cat warriors, these creeps are also ready to beat you up. But like the usual strategy games, you also need to upgrade your gadgets as the game progresses. There are various castles to undertake, and your robot, along with the cat fighters, must be strong enough to defend the castles.

CatnRobot features an equipment crafting option where you can establish research and create powerful gadgets from dozens of materials. Also, from this option, you can come up with rare weapons for your mighty heroes. Additionally, don’t miss completing the exciting quests, as you can get a chance to earn perks that can help you elevate the fame system. So, are you ready to immerse your stunning army into the battle arena? Play the game now on your PC!

Are you overloaded with the cuteness of your cat warriors in this strategy game? Well, extend your preferences and try other games like Tactical Monsters Rumble Arena: Tactics & Strategy and Disney Heroes: Battle Mode right on your PC. For more engaging games, take a look at our available games here at EmulatorPC. 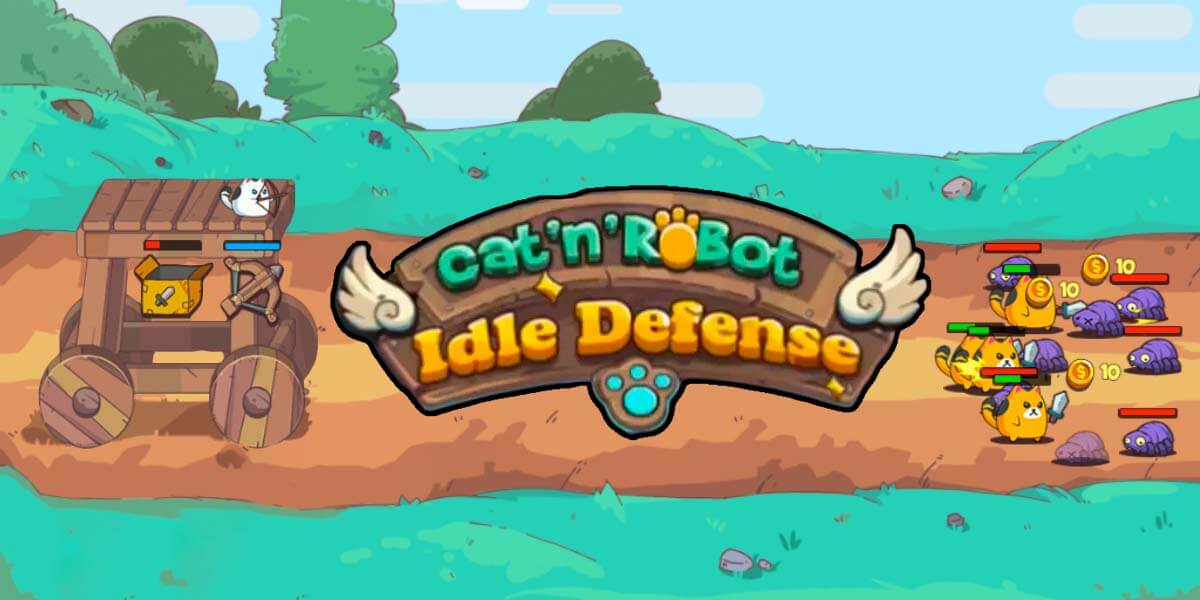 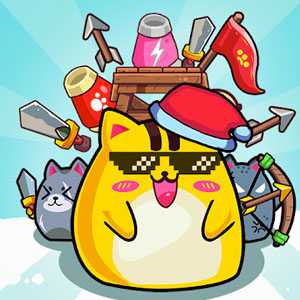 All CatnRobot Idle Defense Grow TD materials are copyrights of Dino Go. Our software is not developed by or affiliated with Dino Go.