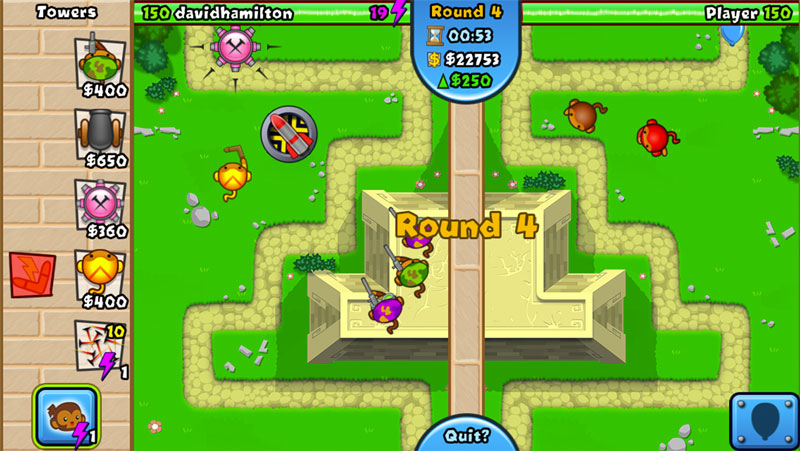 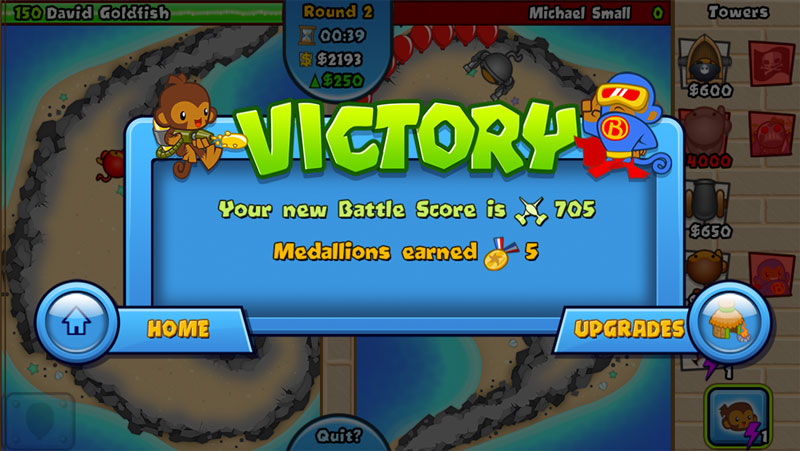 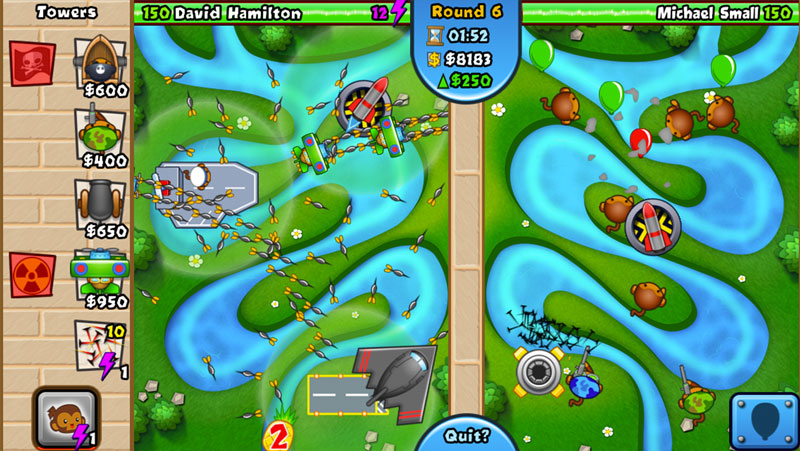 Tower defense games are very popular among different age groups because of the unique strategy you can apply in the game. Bloons TD Battles is one trending tower defense game ever since its release. The game is simple to understand and there are no complicated instructions. Hence, players are definitely hooked to the game, 24/7!

Bloons TD Battles by ninja kiwi is a fun and action-packed game that allows you to battle with other players head to head and reach that top score. The objective of the game is simple: to make sure that the bloons or balloons do not reach the end of the pathway. As easy as the objective sounds, you’ll surely be faced with tons of challenges along the way.

There are various challenging modes to play in this strategy game. There is a multiplayer combat mode for those who want to take the game to a higher level and a defensive mode where you can increase your money and challenge other players’ defense strategies. Other than that, you can also play Card Battles Mode and Battle Arena Mode, which also provides a different and more exciting challenge to players.

Put those strategy skills to test and be sure to download Bloons TD Battles on your PC today.

Learn How to Win in Bloons TD Battles

As mentioned before, Bloons TD Battles entails a very simple goal, which is to make sure that the bloons or balloons do not reach the end of the pathway. If you cannot stop the bloons, you lose your life in the game. To help you understand how the game works, be sure not to miss out the tutorial, which happens at the beginning of the game.

This strategy game also entails you build some income to be able to purchase items or upgrades. These purchases can help you amp up your game in every battle. As for your strategy, you can choose the mode you want to play. There is the Assault Mode, in which your decision skills are tested and developed. You need to be good at defending your tower and make the most out of the rewards you earned in the game, such as medallions and coins.

To unlock money towers or have upgrades, you need to use your rewards earned in Bloons TD Battles. Aside from that, you can also customize attacks. Therefore, plan out your strategy well. An example would be some quick or panic attacks in between so that players will be caught off guard. Another way to win is to alternate the bloons because each has a different function and strength. Some can be destroyed in one hit, while some take a long time before it pops.

If you’re looking for other games that will challenge your strategy skills, you can also check out Lords Mobile and Stick War Legacy. These games are all free to download and play on PC when you get them here at EmulatorPC. Challenge yourself now! 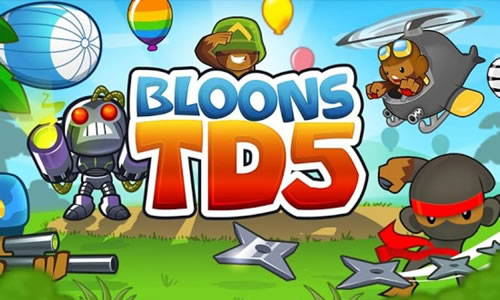 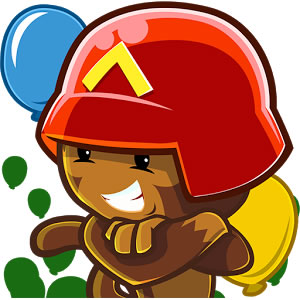 All Bloons TD Battles materials are copyrights of ninja kiwi. Our software is not developed by or affiliated with ninja kiwi.