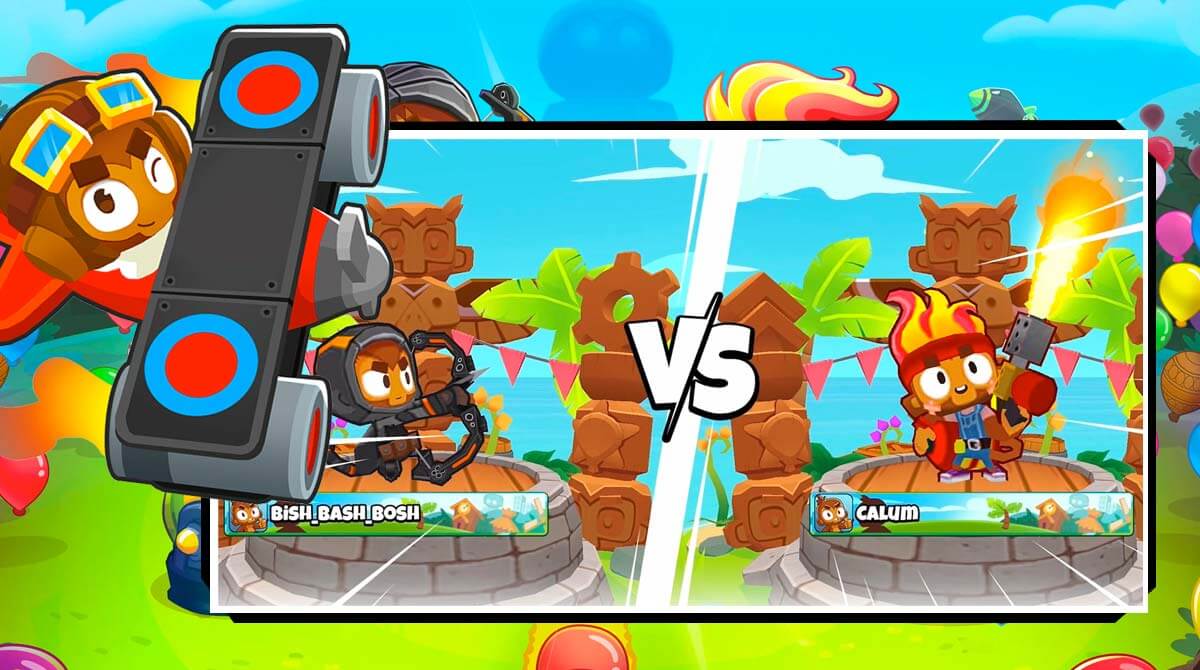 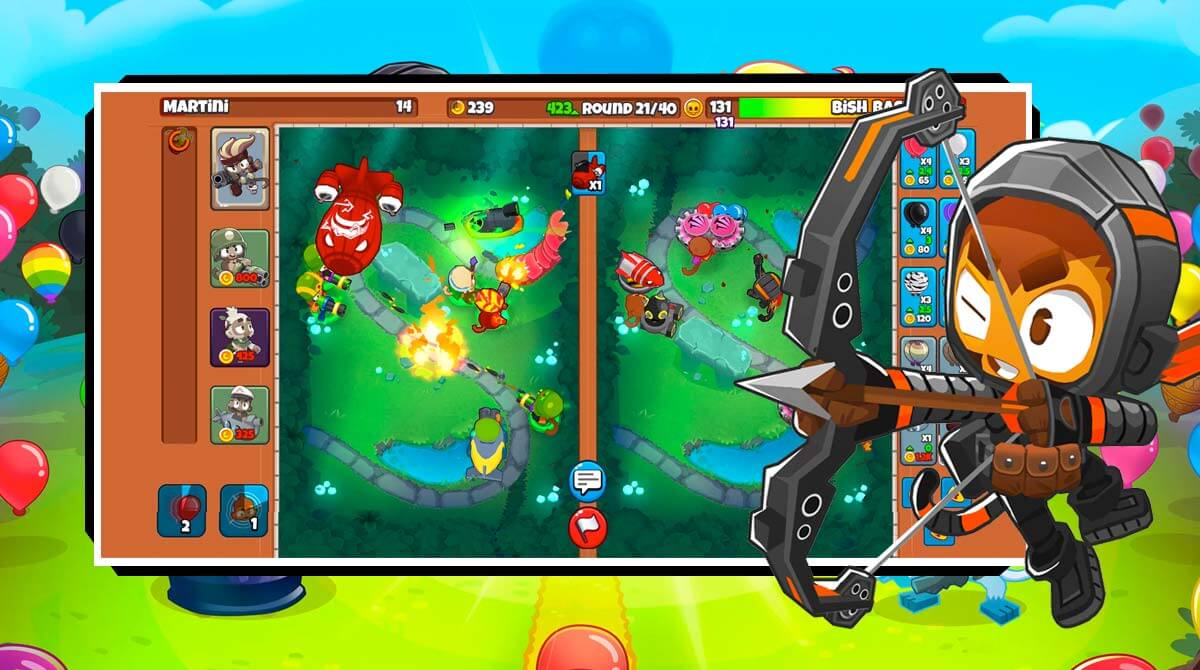 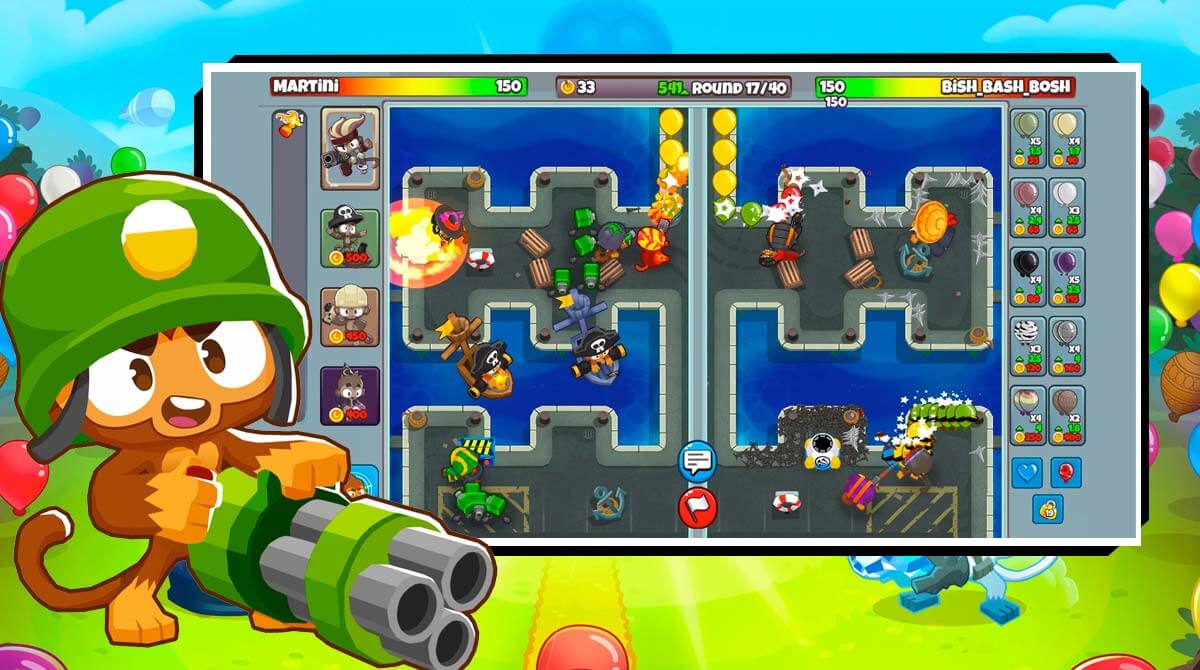 If you are one of the thousands of players that enjoy Bloons games, then you should not miss the latest installment, the Bloons TD Battles 2. Compared to other Bloons TD Game series, this series features more excellent designed characters, engaging gameplay, superb graphics, and more. Published by Ninja Kiwi, this new tower defense game stands as the spinoff version of its previous installment, the Bloons TD 6. Are you ready to fend off the balloons and attack your opponents? Well, let’s see what you’ve got!

Attack Your Opponents with Balloons!

Like the previous Bloons series, your main goal in Bloons TD Battles 2 is to prevent the balloons from reaching your base while attacking the opponent by releasing balloons as well. To begin the game, you need to sign up first and reassure the devs that you are at least 13 years old. Once logged in, you will undergo a short tutorial where you will understand the mechanics of this TD game and get a chance to collect rewards which you can use as the game progresses. Even though the gameplay looks straightforward, you still need to work out how to win every battle.

In this tower defense game, you and your opponent will battle in vertically and asymmetric arenas. Every arena has an entry and an exit point. To start the game, you need to choose your hero and towers, and randomly you will battle against an opponent through the AI-generated arena. Currently, there are nine arenas available in this game. To start, you need to avoid and pop the balloons before they reach the exit point to beat your opponent. While popping the opponent’s balloon, you will also get the opportunity to send different balloons towards your enemy. At the same time, you can utilize one from 21 monkey towers to get rid of the balloons.

In case the balloons pass through your exit point without destroying it, there will be a deduction of 150 points from your life points. The player who got zero life points will lose the game. So, you better get your strategy ahead of you, or else your enemy will win.  To improve your chances of winning, use boosters like Monkey Boost and Bloon Boost to improve your gameplay. Monkey Boost increases your tower’s attack speed while the latter speeds up the movement of the balloon towards your enemy. These boosts are only limited, so you can only use them three times in each battle.

Test out your most effective tactics on playing strategy games! Alternatively, play games like Empires Mobile and Kingdoms at War: Hardcore PVP right on your PC. For more exciting games, check out more here at EmulatorPC. 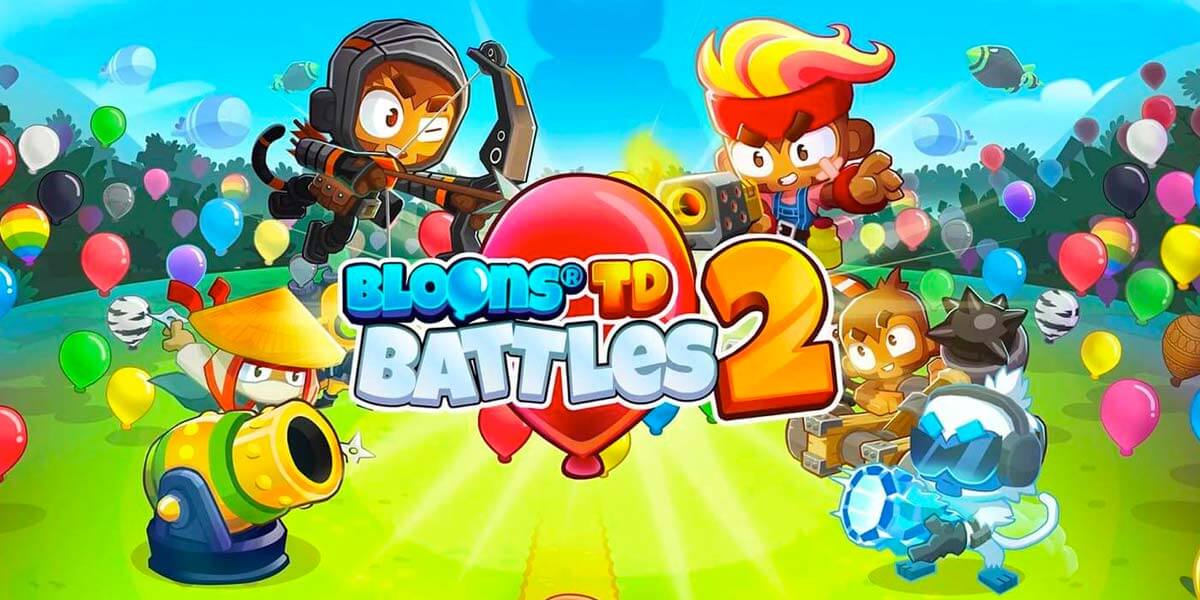 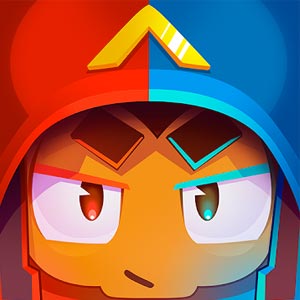 All Bloons TD Battles 2 materials are copyrights of ninja kiwi. Our software is not developed by or affiliated with ninja kiwi.