We all know how exciting and action-packed battle royale games are. These games have always been so popular because of their gameplay and mechanics. You get to strategize with your team, create a plan to defeat the opponents, and experience nonstop fun! So if you’re a big fan of these games, then you’ll also love Brawl Stars.

It’s an exhilarating game that features a breathtaking battle royal mode for all players across the board. So whether you want to play with your friends or go solo, the three-minute gameplay will keep you on your toes. Are you ready to play brawl stars with your friends? Then check out the brawl stars game offered by EmulatorPC. You can download brawl stars for free and experience the game on a bigger screen for you to enjoy. Discover what you’ve been missing out with brawl stars online.

Brawl Stars is an exhilarating action game by Supercell, which features a battle royale mode that you can either play with your friends or yourself. It’s made for 3v3, so you and two of your teammates need to create the best strategy to win. There’s a variety of game modes you can play, and you can play each in just under three minutes. But make sure to unlock dozens of Brawlers, which you can upgrade to enhance your gameplay and give you more chances of winning.

The game modes you can play are Gem Grab, Showdown (Duo or Solo), Brawl Ball, Bounty, Heist, and other special events you can join. So if you want to experience a brawl like no other, make sure to download brawl stars for pc at EmulatorPC for free! Then, play with your friends and experience brawling with other players.

Learn How to Play Brawl Stars

The gameplay in Brawl Stars will depend on the game mode you choose. So if you choose Gem Grab, you’ll play a 3v3 mode. You need to strategize with your teammates and collect ten Gems to win. So you’ll have to battle it out on the battlefield and make sure you get those gems as best as you can. If you get fragged by the opposing team, you lose those gems. Destroy your enemies by shooting at them, and upgrade your character to make them unstoppable on the battlefield! Here, it’s all about skills and strategy to win.

Isn’t it fun to play such cool games? Then, why not run to more fun action games to play? Enjoy more cool matches like Larva Heroes Lavengers or Chicken Shooter Galaxy Attack! These games are all for free, don’t you worry! 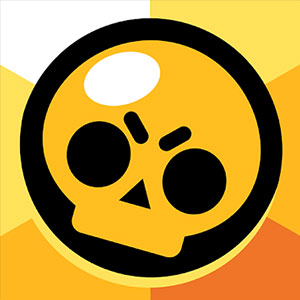 All Brawl Stars materials are copyrights of Supercell. Our software is not developed by or affiliated with Supercell.