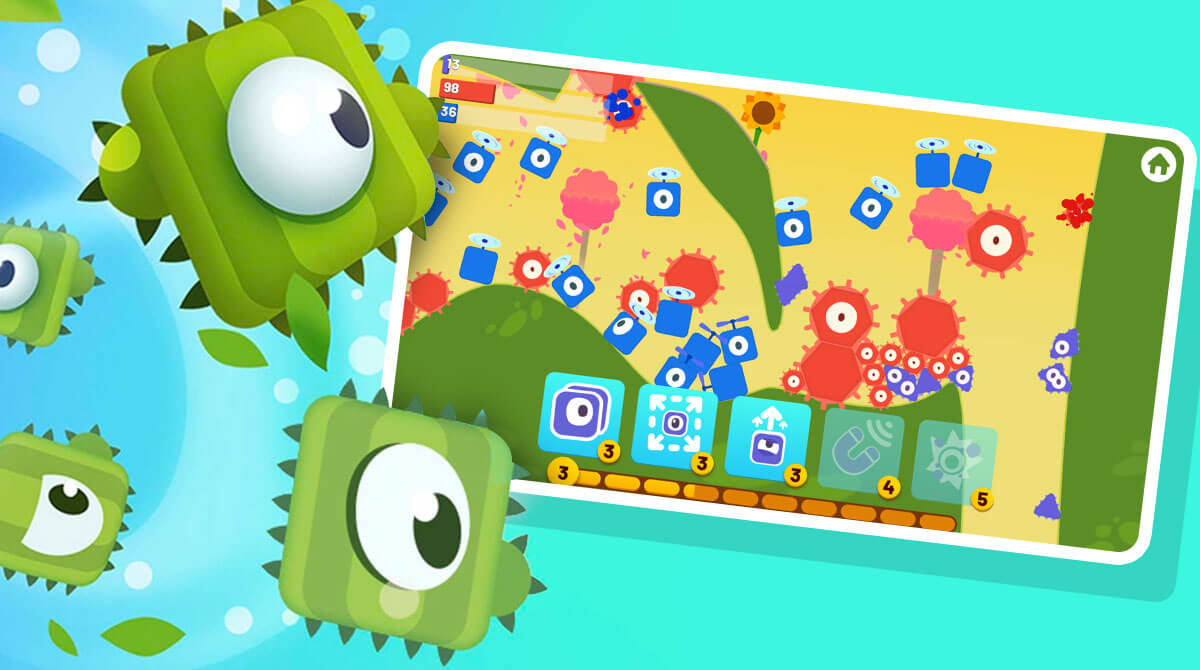 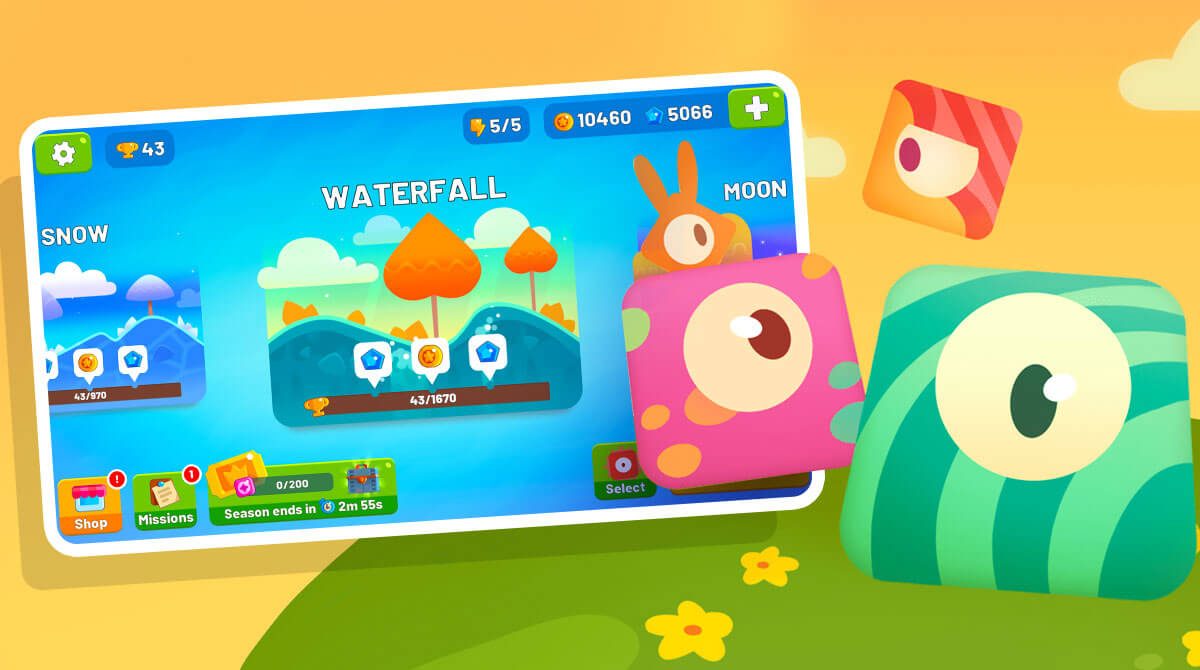 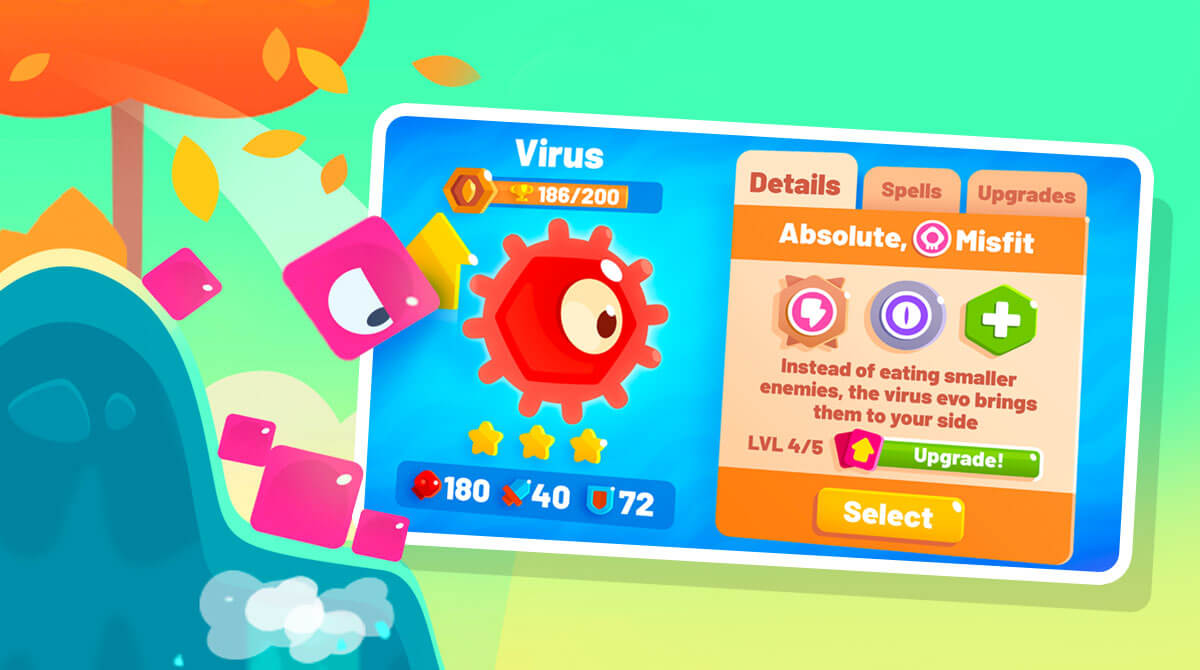 Are you looking for a unique and fun casual strategy game to play? Then try playing Evo Pop, an interesting casual strategy game published by ZeptoLab. In this game, you get to control Evos, which are colorful and square-like creatures that can grow and multiply. The Evos might seem harmless since they do nothing except multiply and grow. However, these Evos don’t get along. They try to eat other colored Evos, which means you need to eat others first before they eat you.

Evo Pop provides unique but also challenging gameplay. We’ll talk about that in more detail, as well as the features the game has to offer. You’ll be able to see how interesting the game is.

Evo Pop has two simple objectives and that is to grow and multiply or eliminate other Evos. You need to reach a certain number of Evos to complete a level. If you think that takes too long, then the other way is to eliminate all the other colored Evos in the level. Both of the objectives in Evo Pop are not easy to do and it’s primarily because your Evos don’t move.

Evos have spells that can help them multiply or make them explode so they can scatter to other areas. This means you don’t have control over where your Evos can go in Evo Pop. But don’t worry since the spells that your Evo have can help you win if you use them properly. Take note that there are many different colored Evos and each one of them possesses unique spells. Let’s now discuss in the next section how you’ll play Evo Pop.

How to Play Evo Pop?

You don’t have to worry about figuring out the gameplay of Evo Pop because there’s a tutorial in the beginning. The basics of the gameplay are taught as well as other aspects like upgrading, unlocking other Evos, and so on. Evos don’t move, but they multiply, especially when they eat plants or the leaves of a tree. There’s also a spell that will allow you to multiply or grow faster.

Growing is important in Evo Pop because you need your Evo to be bigger than other Evos to be able to eat them. So a balance between growing and multiplying is needed. There’s a gauge at the bottom that shows your Evos energy. Each spell will have an energy cost, so always be aware of your energy gauge. The gauge fills up automatically in Evo Pop. Just wait a bit when you run out of it and use your spell after it’s filled.

You can upgrade your Evos in Evo Pop, provided you have enough of their cards available. You can acquire them from chests or from completing levels. This is also how you unlock new Evos to use. 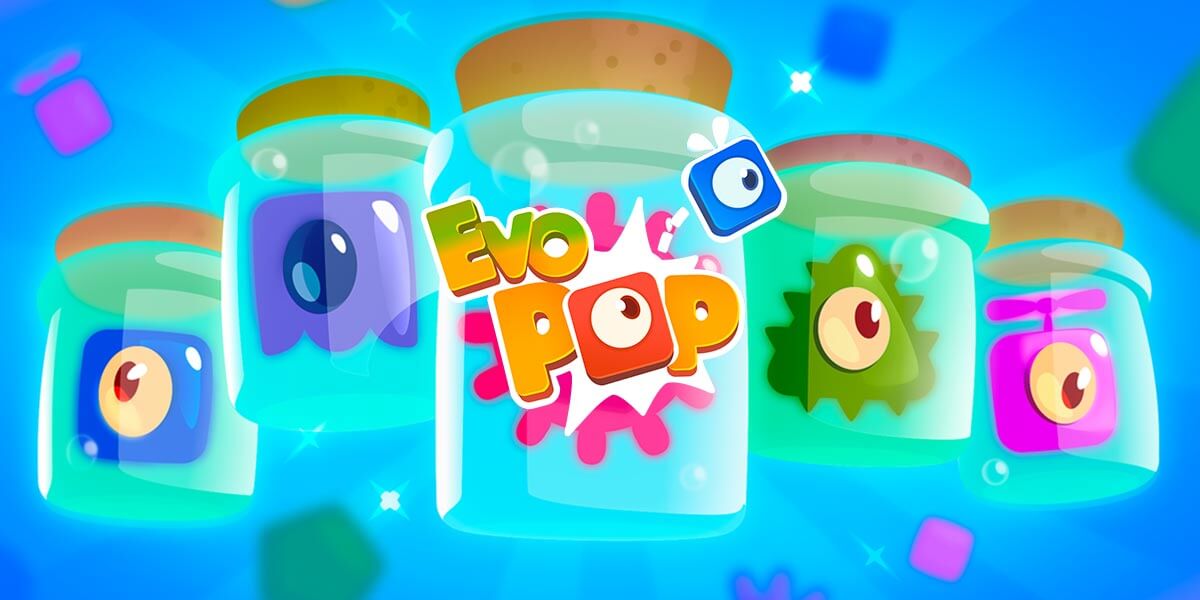 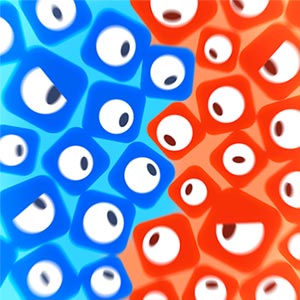 All Evo Pop materials are copyrights of ZeptoLab. Our software is not developed by or affiliated with ZeptoLab.