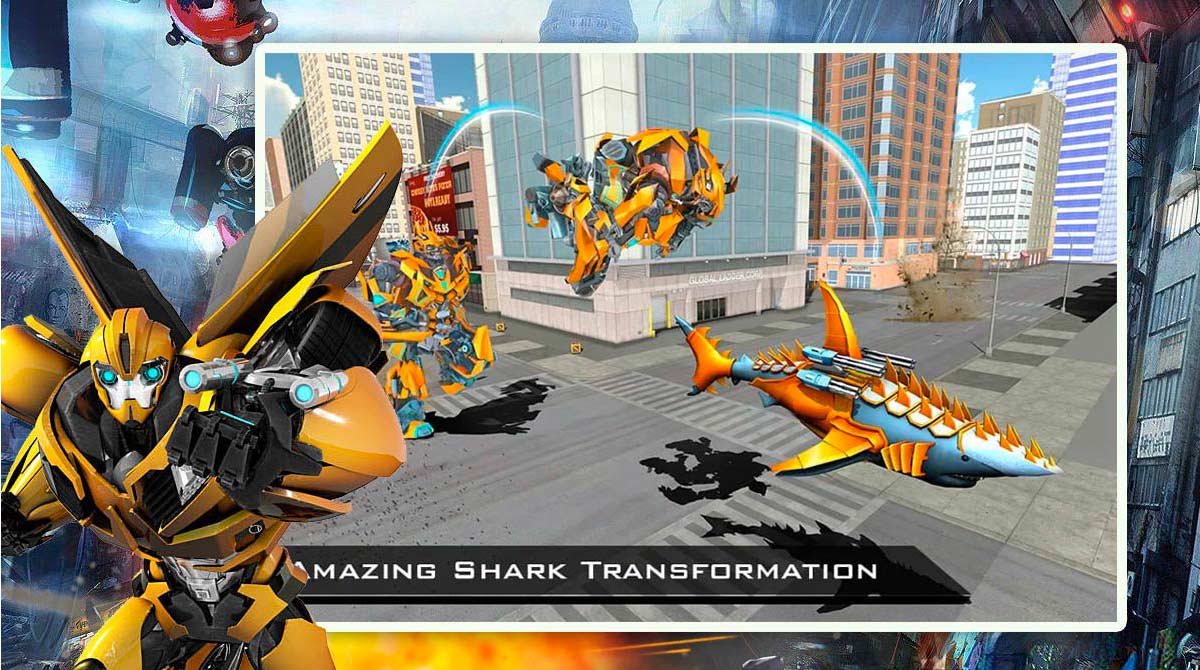 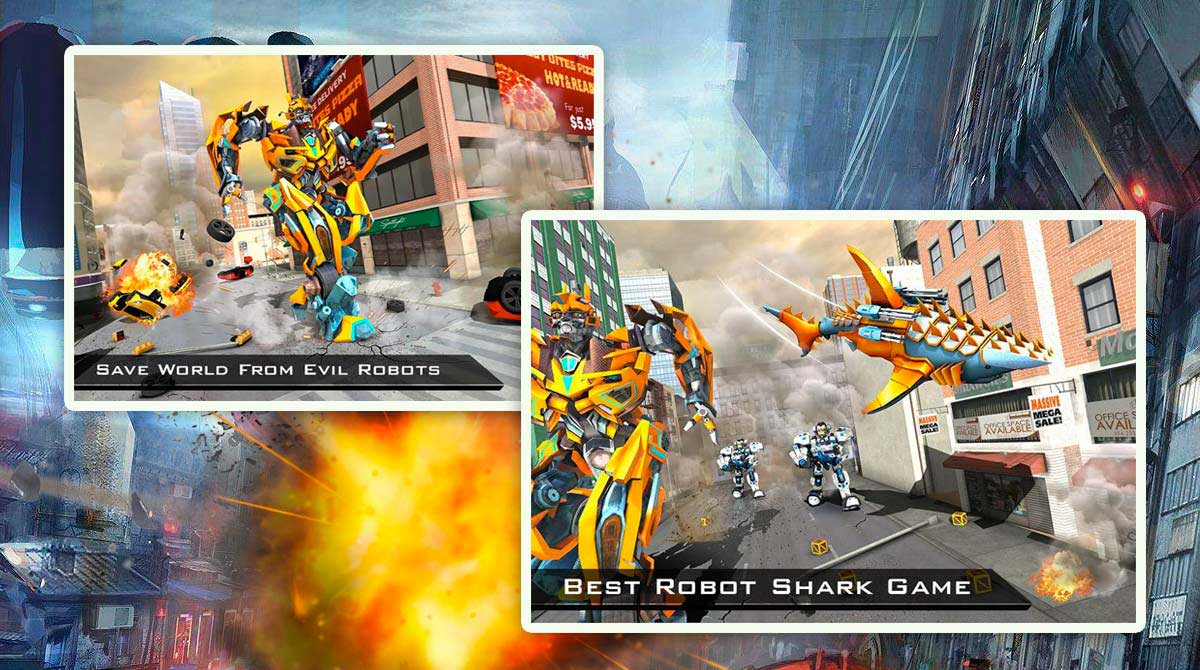 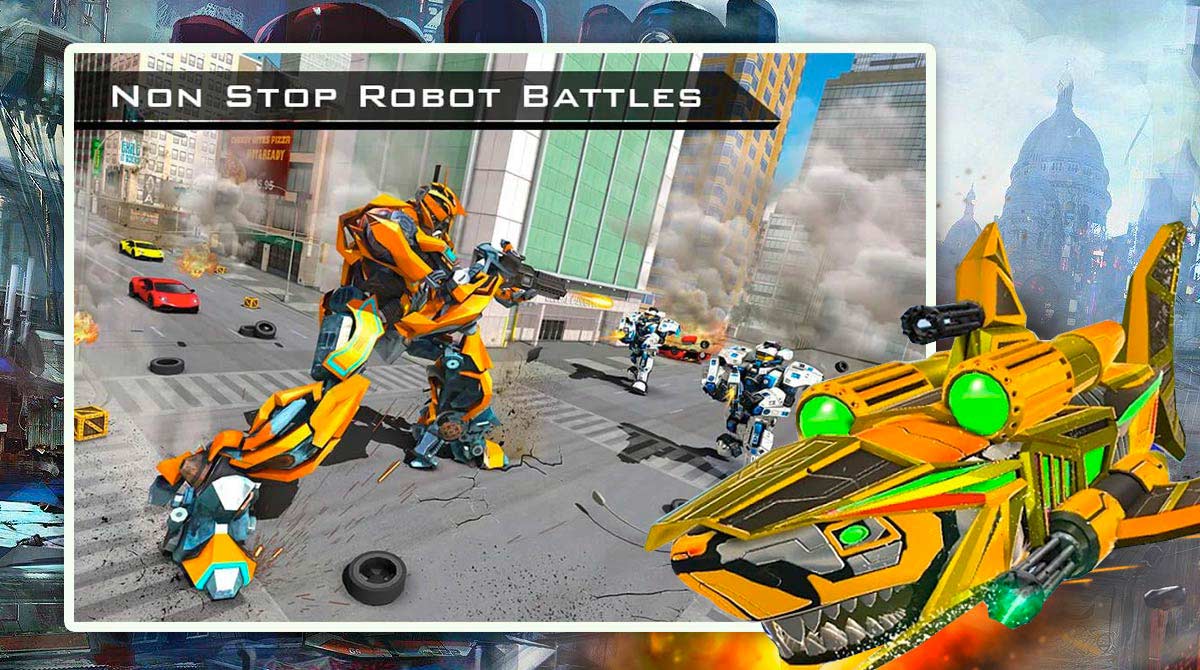 Are you a big fan of robots, especially ones that can transform? Well, you should try playing this game then. It’s titled Shark Robot Transforming Games, an action simulation game published by Mizo Studio Inc. It’s a game where you get to control and use in battle a transforming robot. You can transform into a shark or an airplane and then use it to battle against enemy robots.

You also get to perform various tasks and missions across the city. It’s a fun and exciting game that you’ll enjoy playing. Let’s discuss in more detail how this game works so you’ll know what to do in this action simulator.

Piloting Your Mech In This Robot Shooting Game

There are two game modes available for you to play in Shark Robot Transforming Games. The Transforming Robot Shark and the Air Robot Shark. Both game modes are fun and exciting to play. They also allow the open-world feature that this game has to offer. This means that in both game modes, you’ll have the freedom to explore the city. The main difference between the two modes is the gameplay.

The Air Robot Shark game mode provides you with the ability to transform into an airplane. This is a handy transformation, especially against enemy robots who are also flying. The Transforming Robot Shark will only allow you to transform into a shark. Fortunately, it can also fly, so you’re not vulnerable to enemy aircraft. It’s just easier to control an airplane than a flying shark.

Being able to transform will allow you to travel faster and explore the city quicker. But exploring isn’t the main thing that you will do. There will be various missions that you’ll need to complete in each game mode. There are going to be areas in the city with glowing light shooting towards the sky. That means there’s a mission there, just go to perform the mission.

Missions usually involve you destroying enemy robots who are attacking the city. Some missions will also involve enemy aircraft attacking, so this is where you can take advantage of the transformation. You can see that this action game is very fun and exciting to play. You will enjoy playing it.

If you’re looking for other games involving robots, try War Robots or Robot Fighting 2. They’re both fun action games that you will also enjoy playing. Download our EmulatorPC app for a more immersive gaming experience. 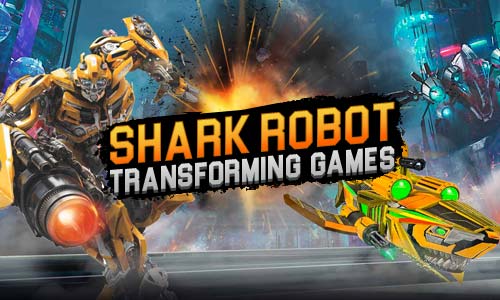 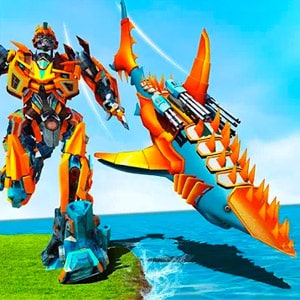