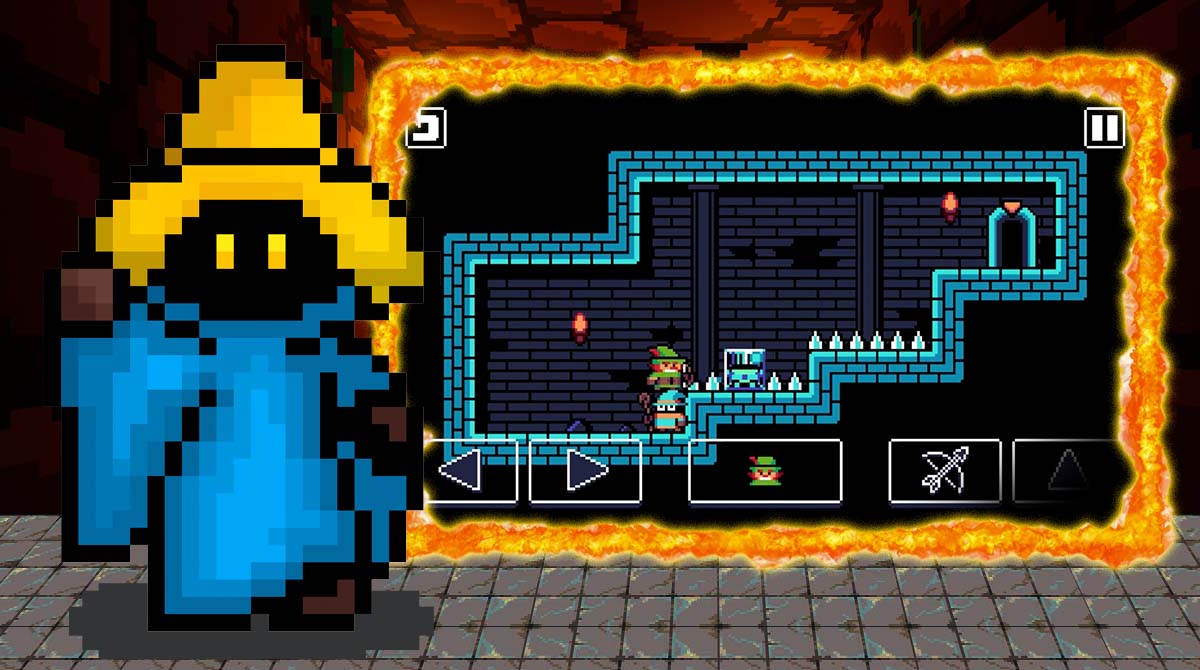 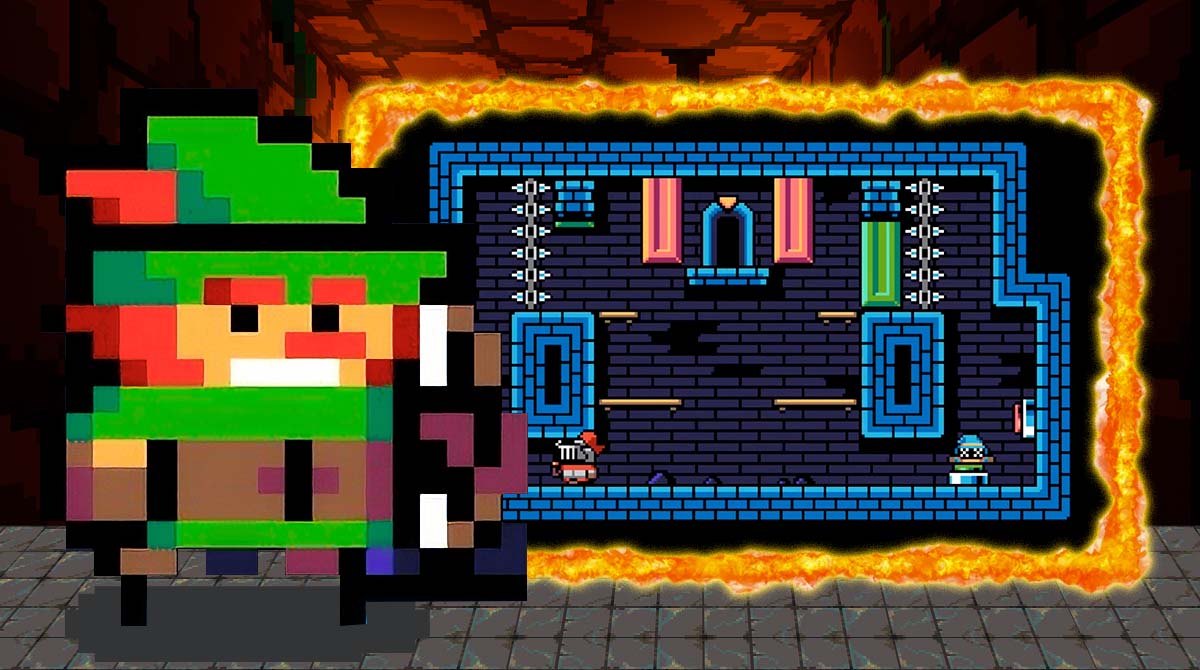 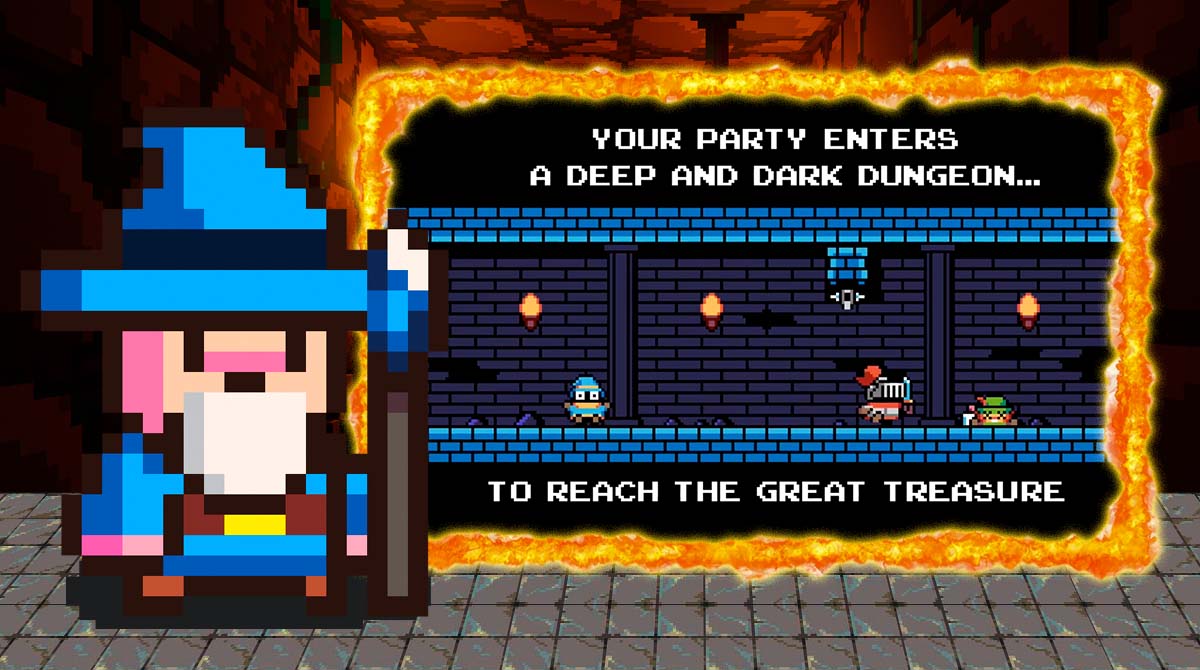 A deep, dark dungeon comes by your team. But the only way out is by clever use of return fire. Control three different heroes, each with a special skill you may utilize to solve complex challenges by sacrificing your friends! Heroes can be thrown by a Knight, turned into ice blocks by a Mage, or nailed to walls and used as platforms by a Ranger. You succeed in the level as long as one hero makes it to the objective! Get Ready to Kill!

Total Party Kill is a sidescroller puzzler in the vein of Trine. In order to solve puzzles, teams must kill each other in Total Party Kill. You’ll tackle a variety of challenging puzzle stages by making use of each hero’s special skill. For example, the wizard can suspend allies, the knight may slash them with a blade, and the ranger can shoot arrows toward them and pin people to walls.

The game for Ludum Dare 43 with the topic “sacrifices must be made” is called Total Party Kill. The new score by KungFuFurby, improved graphics, and difficult new levels are all included in this extended edition.

Explore Dungeons on your Screen!

Total Party Kill starts out as a rather simple experience. You’ll know exactly what you must do to solve puzzles, and they’ll be rather easy for you to do. However, the complexity soon begins to increase. To finish them, you’ll need to use a range of inventive maneuvers. Players have to try to reach the door at the conclusion of each stage by utilizing only their wits and the abilities of each hero.

Every one of the skills is intended to injure your heroes. The ranger can bind allies to walls, the knight can strike them with a blade, and the sorcerer can freeze allies. To overcome puzzles and finish levels, you’ll use a mix of each of those moves. Early on, it’s straightforward; later, you’ll need to exercise some creativity.

To get around spikes and other obstacles, you’ll frequently have to execute your teammates. Though, it’s important to understand that even after a hero has passed away, you can still employ them. You need only use your wizard to freeze them, turning them into an ice block that players can use as a platform.

Are you looking for other games to try like Total Party Kill? Try playing Super Dangerous Dungeons and Interstellar Pilot for other action games. Check out other collections here at EmulatorPC. 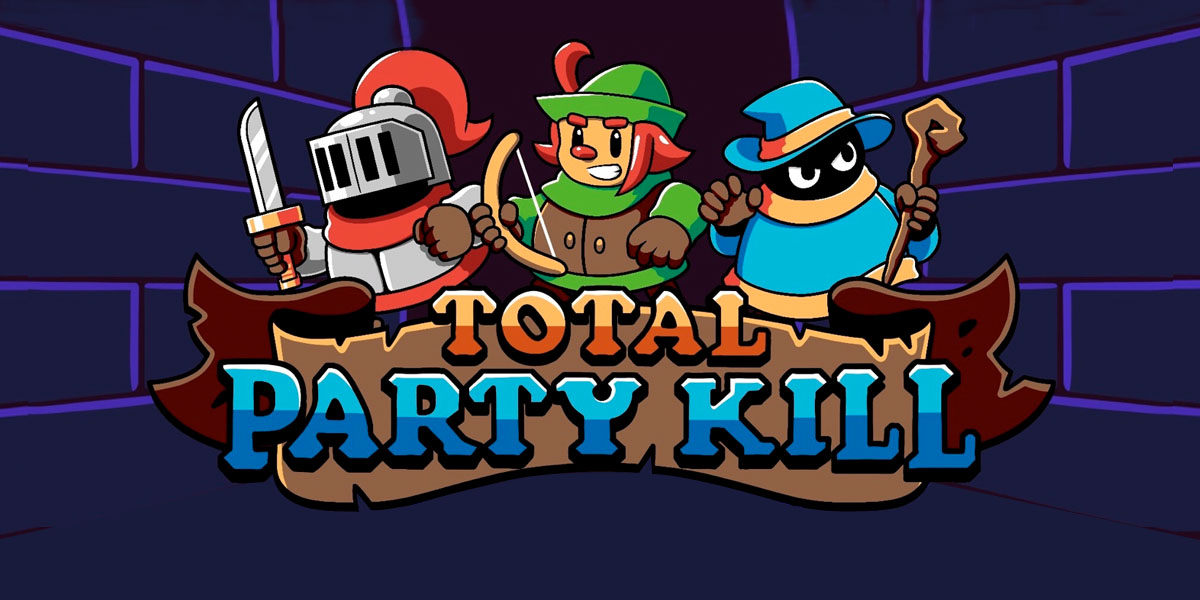 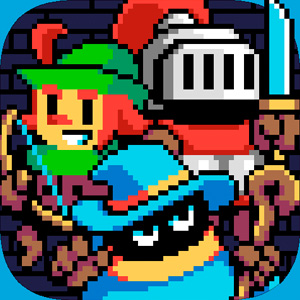