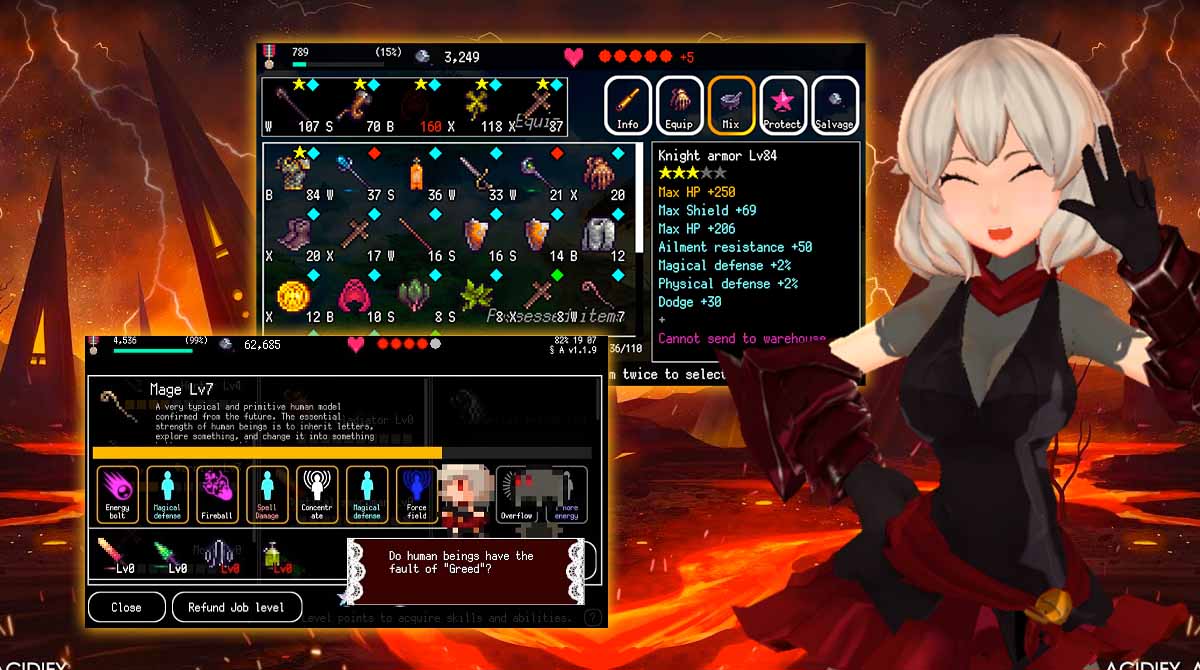 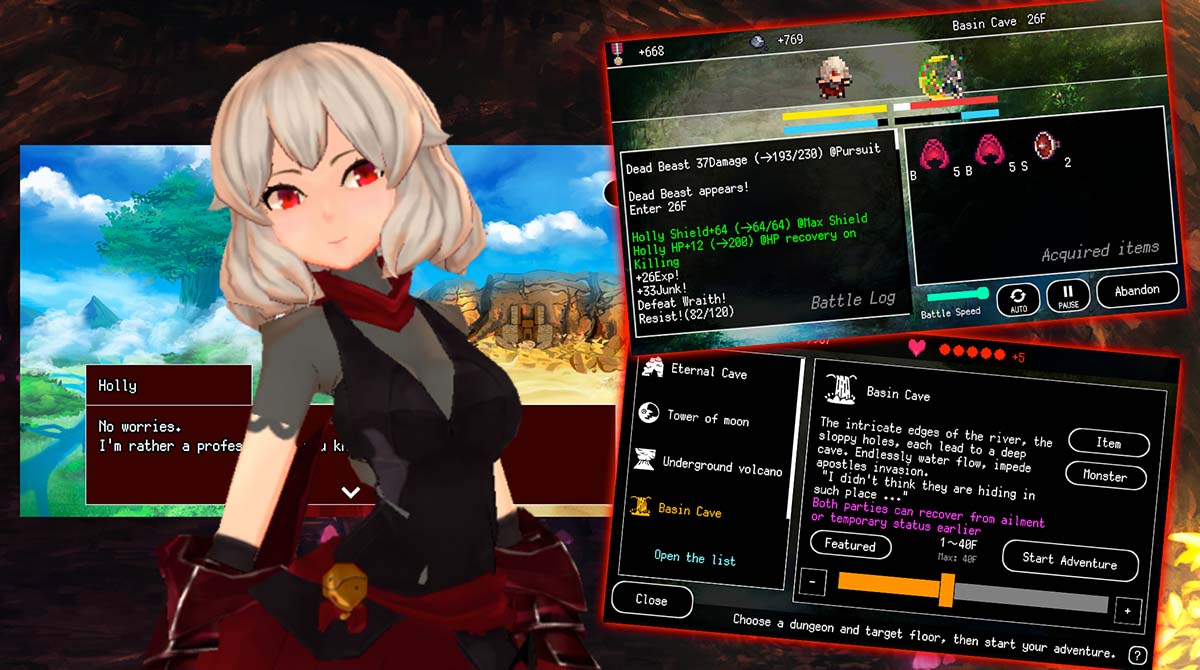 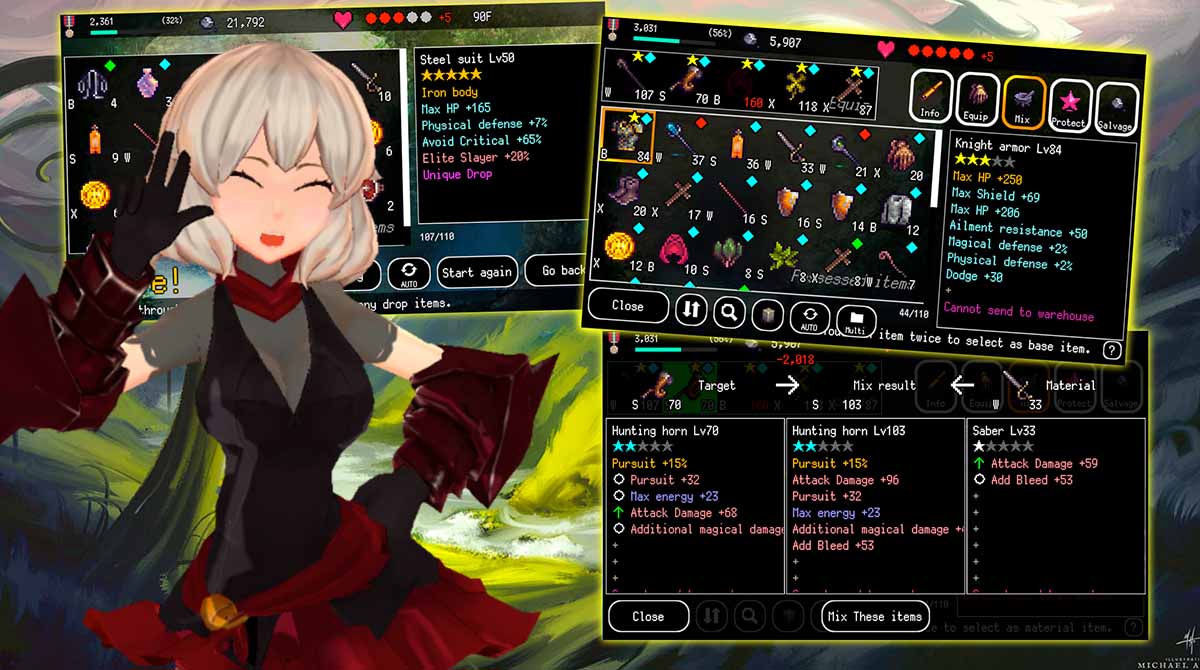 Are you looking for a role-playing game that will test your battle skills and resistance? Well, you better ready your best combat skills as you play B100X – Auto Dungeon RPG! In this role-playing game, you’ll become the skillful “witness” of the century. At the same time, you’re God’s supporter. From the role you need to portray, it’s expected that you already know what your job will be in this RPG. Published by ohNussy, B100X – Auto Dungeon RPG tasks you to battle against various groups of untamed demons. Battling against these demons will never be as easy, but once you’ve beat them, you’ll better know the mysteries behind this game.

In role-playing games like B100X – Auto Dungeon RPG, you usually start your game by creating your character. Here, you can customize your character from various modification options available in the game. For instance, choose your extraordinary powers and advanced weapons. In addition, you can actually turn an innocent plain character into a terrifying one if you want.

As you play B100x, your character will be named Holly, and your task is to eradicate any kind of monsters who wish to block your way. Also, you need to opt for the demon seals in the deep parts of the caves. However, take note that the more you go deeper, the more you’ll deal with more challenging monsters. The last floor will test your resistance as you need to defeat stronger bosses and savage monsters. The more monsters you destroy, the higher score you’ll obtain.

In B100X – Auto Dungeon RPG, you’ll need to test your battle skills in various wild wars located in different dimensions. You choose where you wish to start your battle journey. Therefore, you can go with dark dungeons or take a specific target vault. Regardless of the journey you choose, take note that all places are filled with dangerous monsters and traps.

As you immerse in a specific battle, there’s no such thing as backing out as the battle takes place in automatic mode, and there’s no way to escape it. All you have to do is correctly equip your character with a strong weapon and power to withstand any kind of battle. As you progress in this RPG, upgrading your character through your hard-earned experience points is highly recommended. Furthermore, you must opt for a higher score if you wish to upgrade your character.

Another fantastic feature of B100X – Auto Dungeon RPG is that it offers an endless quest that allows you to discover more mysteries of relationships in the game whenever you kill a certain monster. Aside from mysteries, you’ll also be entitled to new levels and items that can be relevant to your progression.

Are you looking for more challenging role-playing games that will test your mettle? Well, there’s no need to go further as we have loads of exciting RPGs here in EmulatorPC. For your quick options, you can try playing games like Dungeon & Heroes: 3D RPG and RAID: Shadow Legends on your PC today! 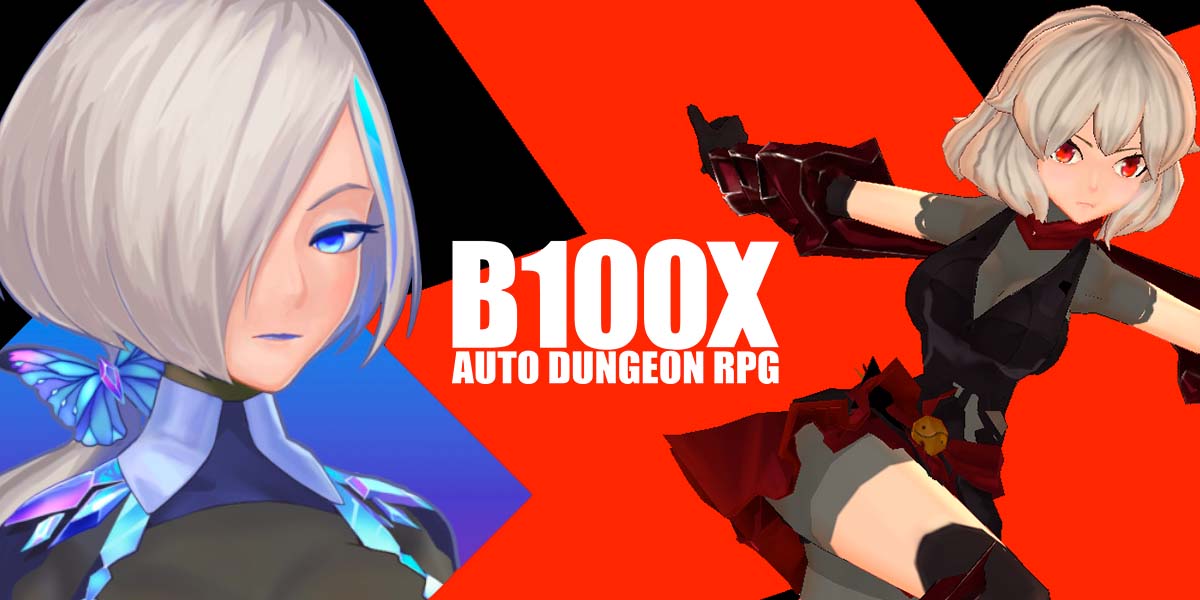 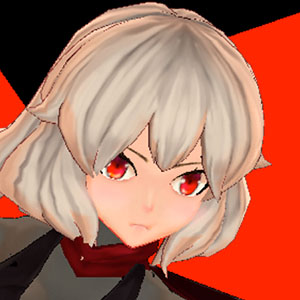 All B100X – Auto Dungeon RPG materials are copyrights of ohNussy. Our software is not developed by or affiliated with ohNussy.